In fiction, everyone loves the smooth and subtle criminal who is able to use his wits and finesse to part a fool from his belongings. Of course, in reality, no one likes having their stuff taken, no matter how charming the thief is.

Luckily for us, most criminals are idiots. If they even manage to get hold of your valuables, some are so dumb that they just cannot help getting caught. Here are ten of the most moronic ways thieves have been nabbed. 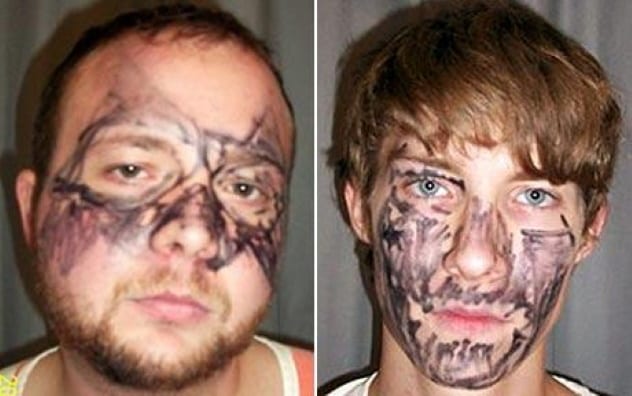 A good disguise is one way that criminals can make a clean getaway. For two robbers in Iowa, however, there was nothing clean about them when they tried to burgle an apartment in 2009. To stop themselves from being recognized, the pair used fake beards (clever) and black markers to scribble masks on their faces (less clever).[1]

Matthew Allan McNelly and Joey Lee Miller were spotted and reported to the police. When the pair fled, they might have been able to talk their way out of being suspects—except for the fact that the black lines they had scrawled all over their faces were done in permanent marker. Their faces gave them away.

In their defense, the two had been drinking before their attempted burglary, but it would have had to have been quite a lot of alcohol to make this seem like a good idea.

9 Pecked By A Parrot 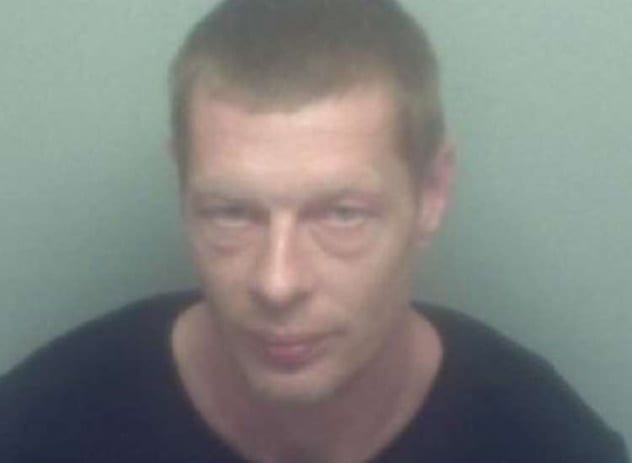 When a Kent couple woke up one day in 2017 to find their home had been robbed while they slept, they were distressed to find that their beloved parrot, Rocky, was missing, too. The thief had taken belongings including two oxygen tanks that one of the owners needed to help her breathing. The burglar had made a terrible mistake, though, when he tried to steal their parrot.

When the thief tried to steal Rocky, an African grey, the bird took a bite out of him. Exasperated by the avian crime-fighter, the burglar then simply tossed Rocky out the window before making off with his other loot. Unfortunately for the criminal, he had left something behind. Rocky’s bite left him bleeding on the crime scene.

When police checked the DNA of the blood against their records, they linked the robbery to Vitalij Kiseliov, a known criminal.[2] With this evidence, they were able to convict him of this burglary and several others. Rocky was found and returned to his relieved owners. 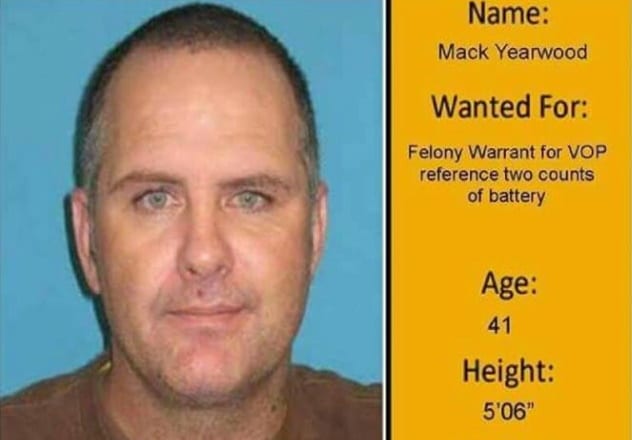 One of the key lessons for people today is “Be careful what you put online.” For criminals, this message is doubly important. In 2016, a man wanted for battery in Florida decided to use his own wanted poster (pictured above) as his profile picture. When police swiftly tracked him down from other details on his page, a bag of cannabis fell out of his trousers during the arrest.

In 2018, Steven Hutton of Dundee, Scotland, took things to a new level of idiocy though when he was caught not once, but twice, selling stolen items via the social media website.[3] Hutton stole a number of items from cars and offered them up for sale on the local Facebook page. One of the people he robbed saw a garden tool that he thought was his and arranged to meet up. Instead of a buyer, police turned up at Hutton’s door and found a number of stolen items.

Since he had previously been found guilty of selling a stolen handbag on Facebook, the court gave Hutton 19 months in prison for his crimes.

7 Taking Off Your Disguise

Putting a plastic bag over your head is something so stupid that even children know not to do it. Some criminals, however, seem not to have been told about this, as when they think of a disguise, it is a bag they reach for first.

When the gloriously named Christopher Badman decided to steal from Porthcawl, Wales, hotel rooms in 2015, he realized that he needed to hide his face from the CCTV cameras in the corridors. In footage, he can be seen stumbling about with a bag on his head as he goes in and out of rooms. Having been disturbed in his robbery by the occupant of a room, he returns to the corridor now with the bag removed.[4] This was all the evidence needed to convict him of his crimes.

It could have been worse, though. In 2018, a robber in India used a see-through plastic bag as a disguise. Not only was his face clearly visible in security recordings, but he left fingerprints all over the scene of the crime. 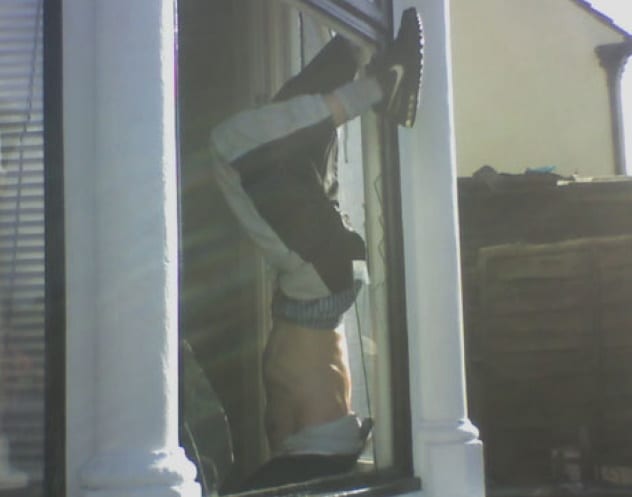 When Paul Ives of Dartford, Kent, came home one day in 2008, he found something unexpected in his house. Dangling inside his window was John Pearce, suspended upside down by a trapped shoelace. When asked what he was doing there, Pearce said that he was trying to stop burglars.[5] Since he was still holding the hammer he had used to smash the upper window to climb in, his defense was poorly received. Pearce had smashed the main window in an attempt to free himself, but the more he struggled, the more his foot became wedged in place.

Despite Pearce begging to be let down, neither Mr. Ives nor the crowd that gathered to watch the spectacle offered to help. Police and an ambulance attended the scene, and Pearce was let down, though not let off, as he was promptly arrested and charged with breaking and entering. 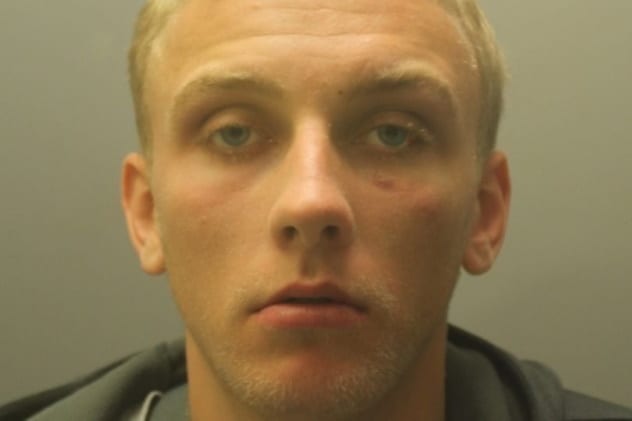 DNA evidence has been the downfall of many criminals. Even when all attempts are made to scrub away the wrongdoer’s presence, a single stray hair or droplet of blood can link him to the crime. In 2017, Liverpool resident Jordan Edge left rather more than a drop of bodily fluid at the site of his burglary, however—he left his soiled underpants.[6]

A prolific criminal, he had already showed contempt for the scope of DNA evidence when he stole a car and left cigarette butts with his DNA in the vehicle. This linked him to the theft. The day after stealing the car, he attempted to burgle a house and, for some reason, left his dirty underwear with more than a dollop of DNA on it.

This was enough to convict him. Hopefully, prison provides clean underpants to inmates. 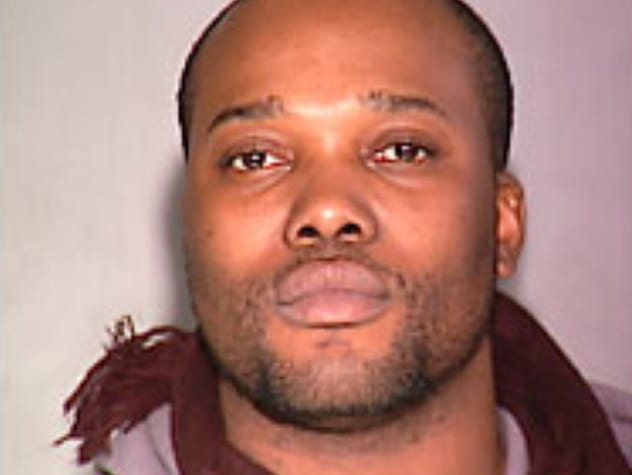 It’s sometimes impossible to avoid leaving behind DNA, but there are other pieces of evidence that are almost as airtight in linking a person to a crime. In 2008, police in New York City began searching for Cory L. Brown after a pair of bank robberies when they found that he had left behind his wallet and photo ID.[7]

In the first robbery, he hinted that a bomb would go off unless money was handed over. In the second, he showed the bank worker a drawing of a gun on a lottery ticket. He managed to escape with $3,600 from his crimes. As he fled, the robber changed clothes to avoid detection. Unfortunately, it was while changing clothes that he left behind his wallet, letting police know he was the main suspect in the crimes. He also left his birth certificate, social security card, and other more-than-incriminating pieces of identification.

3 Using A Wheelchair As A Getaway Vehicle 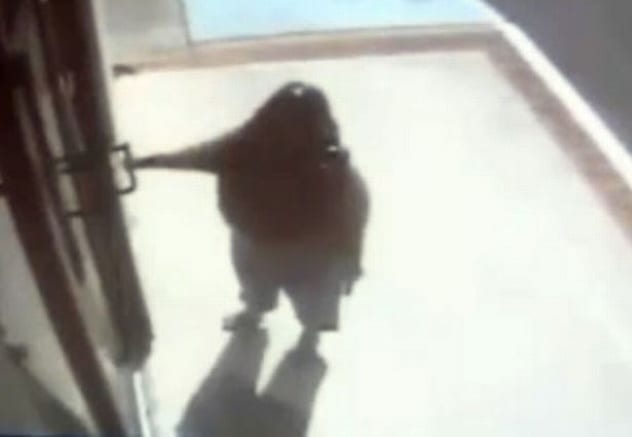 It is often unwise to run from the police. A high-speed chase endangers not only you but also innocent bystanders. Those waiting to watch Noemi Duchene and Luis Del Castillo make their escape from a jewelry store robbery in El Paso, Texas, in 2010, though, were in little danger of being run down. The pair had arrived with a wheelchair.[8]

When Del Castillo pushed Duchene in front of the store, she got up out of her chair and used a black trash bag to cover her head and upper body, with just two small holes to let her see. Duchene entered the store and used a kitchen knife to demand that the owner hand over the valuables. For some reason, the store owner did not feel overly threatened and refused. After the not-very-mobile Duchene was chased around the store, the robber was tackled by a customer, and police were called.

Del Castillo was arrested outside the store, still waiting for his partner in crime to emerge. Both lived across the street from the store, so perhaps thought they didn’t need to make a quick getaway. 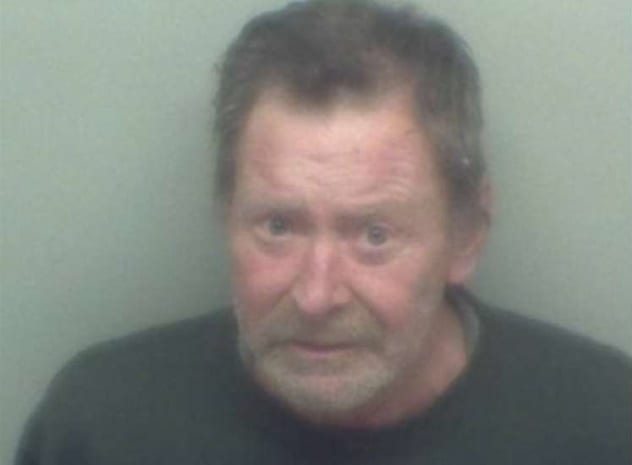 Working out how to conceal or launder stolen money can be difficult. You want to make sure that there is absolutely no trail that can link the illegal loot back to you. Someone should have told this to one bank robber in the UK.

In 2015, Paul Neaverson entered a Kent bank with a knife and put it to the teller’s neck while demanding money. When the teller told Neaverson he did not have the £500 demanded, the robber was forced to leave with nothing. Wandering a little along the road, he entered a second bank and again attempted to steal money. Having learned his lesson, he was willing to leave without the cash—he suggested that the money could simply be transferred into his account.[9] This would not have been the hardest case to crack.

Neaverson left this bank empty-handed when a customer took his knife off him, and the teller pressed the panic button to summon police. Neaverson was quickly arrested and was jailed for two years. 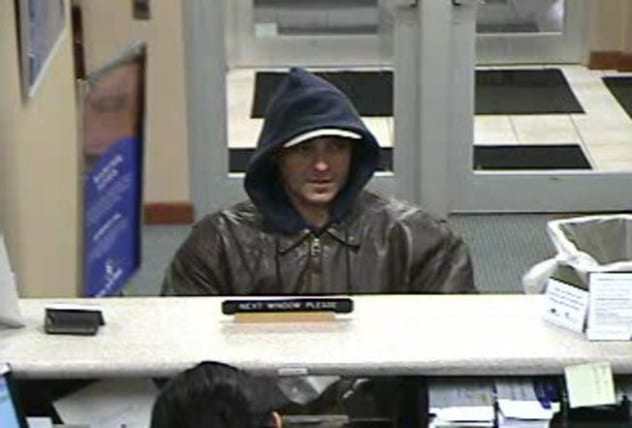 FBI agents in Chicago must have loved Thomas Infante, who managed to solve their hunt for a bank robber. When Infante entered a bank to rob it in 2008, he had already written the note he planned to hand over to the teller, which said “Be Quick . . . Give me your cash or I’ll shoot.” When the person behind the counter handed over the cash, Infante fled, leaving half of the note behind. Unfortunately, he dropped the other half of the note outside the bank, and agents matched it to the first half. It was unfortunate because Infante had written the note on the back of one of his work pay stubs.

When the FBI tracked Infante down to the address shown on his pay stub, he allegedly confessed to the crime, not that a confession was really necessary, given that they had his name, address, and a sample of his handwriting on the note.[10]

The total take from this genius robbery was $397. Infante was held without bond after his arrest; perhaps the agents feared to let such a criminal mastermind loose.

Read about more wacky ways outlaws were caught on 10 Criminals Caught Thanks To Their Own Stupidity and 10 Criminals Who Butt-Dialed Police On Themselves.

10 Tragedies That Ended up on a Billboard