The fascination of interacting with wild animals has captivated millions. For some, it has provided a career that few would have the courage to undertake. However, a person’s dedication and love for wildlife can often cloud his judgment, leading to a painful demise. Here are 10 individuals whose passion cost them their lives in the most horrific, bloody, and terrifying ways.

Rocky, the five-year-old grizzly bear who stood almost 230 centimeters (8 ft) tall and weighed 320 kilograms (700 lb), had appeared in numerous commercials and movies. In 2008, Rocky appeared alongside Will Ferrell in the movie Semi-Pro as they dueled it out in the wrestling ring.

On April 22, 2008, trainers and cousins Stephan and Randy Miller were practicing routine maneuvers with the animal for a promotional video when Rocky suddenly pounced on Stephan. Rocky bit Stephan on the neck and violently tossed him around like a rag doll. The incident lasted only a few seconds, and Rocky was ultimately subdued by handlers using pepper spray.

However, Stephan’s wound to the throat proved to be fatal. He bled to death at the scene before paramedics could reach him. Stephan was 39 years old and left behind a wife and two children.

Stacey Konwiser, 38, had worked for the Palm Beach Zoo for three years when she was attacked and killed by a 13-year-old male Malayan tiger in April 2016. Her death was the first fatality in the zoo’s 60-year history.

According to reports, Konwiser had been preparing for the evening shift. She was cleaning the lair where the tigers slept as well as feeding the felines when the animal attacked.

Friends often referred to Konwiser as a “tiger whisperer.” She spoke to the felines in a language that only they could understand. Unfortunately, the same endangered animals that she had dedicated her life to protecting ultimately killed her.

In the week following the attack, the tiger was not euthanized and remained at the zoo. A spokesperson said that the animal “has never been blamed” and that it’s necessary to keep “endangered species from becoming extinct.”

8 A Nightmare On Christmas Eve

At Loro Parque’s Orca Ocean, Alexis Martinez, 29, had been working around the clock training killer whales to create an amazing show in celebration of the upcoming holidays. Loro Parque—a zoological park in the Canary Islands which houses everything from dolphins, sea lions, and birds—had four killer whales that were on loan from SeaWorld.

On the morning of December 24, 2009, Martinez was in the water practicing standard acts performed in the show. Suddenly, the 3,000-kilogram (6,600 lb) killer whale Keto charged at Martinez and used its nose to forcefully push and drag Martinez to the bottom of the pool.

Fellow trainers rushed to the scene and tried to halt the ferocious attack. But they were unsuccessful. After three minutes of forcefully submerging Martinez underwater, Keto finally resurfaced carrying Martinez’s limp body.

CPR was initiated, and the paramedics were called. But Martinez, who had blood pouring from his mouth and nose, was already gone.

7 One Woman vs. The Pack 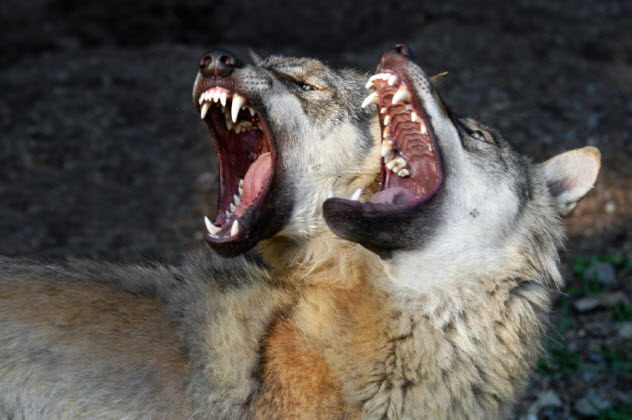 In June 2012, a trainer at Kolmarden Wildlife Park—one of Sweden’s most popular tourist attractions—informed her colleagues that she was going into the wolves’ den. Although that may sound like suicide, it was a “routine” visit designed to “maintain contact with the wolves.”

According to witnesses, the trainer and longtime zoo employee followed all the procedures mandated by the park. When she did not return, her colleagues became concerned and decided to check on her.

To their shock and horror, they found the 30-year-old woman dead from an apparent mauling by eight wolves that she had raised from birth. The woman’s body was only recovered after rescue workers and park staff forced the wolves away from her corpse. To ensure the others’ safety, armed guards were ready to shoot, if necessary. 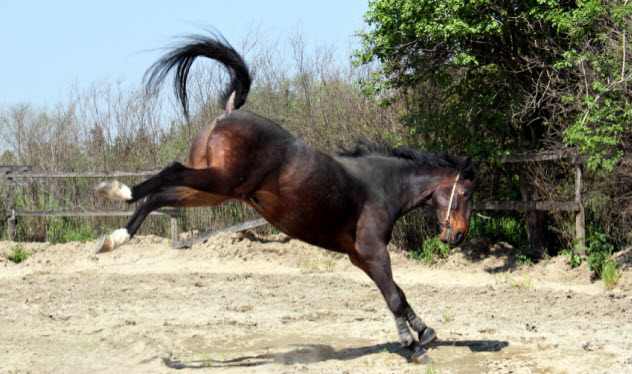 Charlynn Taketa, 62, grew up around horses and became the very definition of a horse lover. In the early 1970s, Charlynn began training and racing horses. She won her first competition in 1972.

In 2010, after years of retirement, Charlynn decided that she wanted to get back into training. She purchased a horse named Caballito De Mar that she trained and raced in October 2010.

On August 11, 2011, Charlynn was taking Caballito to a hot walker when a second horse suddenly appeared, kicking Charlynn in the head with its hind legs. She fell to the ground and was bleeding profusely from her head.

Her husband, Jerry—who has described the incident as “one of those freak accidents“—found his wife lying on the barn floor in a pool of blood. Paramedics arrived soon afterward. But the trauma that she had sustained to her head was too severe, and she died 30 minutes later.

MALAYSIA: ALI SAMSUDDIN TO LIVE IN CUBICLE WITH SCORPIONS

Ali Khan Samsudin was a Malaysian snake charmer who earned the name “Snake King” after setting numerous records for his death-defying acts involving the world’s most dangerous, carnivorous reptiles.

In the early 1990s, he rose to fame after locking himself in a small room with 400 cobras for 12 hours a day for 40 days. He was also known as the “Scorpion King” after he locked himself in a box with 6,000 scorpions for three weeks. He was bitten 99 times.

It is evident that Samsudin lived life on the edge, enjoying the thrill as to how far he could take it to the limit. In 2006, Samsudin’s luck ran out when he was bitten by a cobra while entertaining fans.

Tilikum, a large killer whale, was the main attraction at SeaWorld. On February 24, 2010, 40-year-old trainer Dawn Brancheau was entertaining hundreds of SeaWorld visitors when Tilikum grabbed the blonde by her ponytail and pulled her under the water.

In the moments that followed, the killer whale had Brancheau in his mouth and viciously swung her from side to side as horrified patrons fled from the arena. When employees at the park finally reached her, she was dead.

Autopsy reports indicated that the attack was so violent that Brancheau had suffered a broken jaw, a fractured vertebra, broken ribs, and a dislocated elbow and knee. Part of her scalp was also torn off.

In the years following the attack, SeaWorld implemented new safety protocols such as installing fast-rise floors that would evacuate trainers from the water in emergency situations.

Recently, SeaWorld laid off hundreds of employees. SeaWorld also announced that the CEO was stepping down as the company attempts to restructure the park and regain a favorable image. 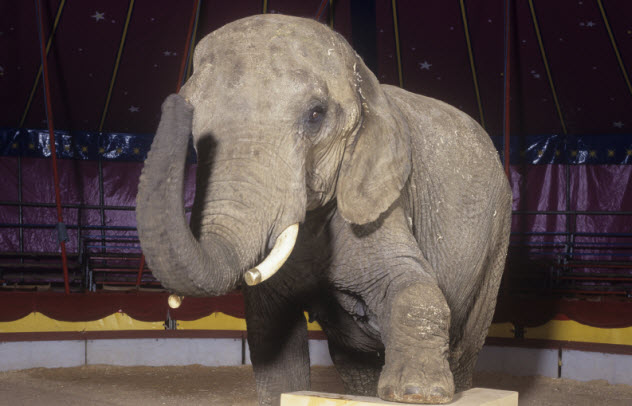 In northeastern Pennsylvania in 2010, a town circus called Irem Shrine Circus was immediately halted as police rushed to a horrific scene involving one unfortunate soul and an elephant that was the star of the show.

The incident occurred around 5:00 PM in Wilkes-Barre, Pennsylvania, while the circus was closed to the public. According to reports, the elephant suddenly kicked his trainer and catapulted him more than 6 meters (20 ft) into the air. When the trainer fell to the concrete, his fate was sealed. He was rushed to a nearby hospital where he ultimately succumbed to his injuries.

The trainer’s name has never been released to the public. Reports state that the elephant was startled after coming into contact with electrical wires in the vicinity, which caused him to panic and kick the trainer. 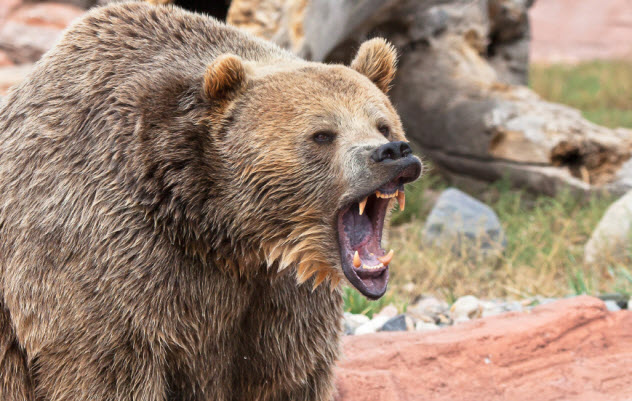 On that day, Benjamin, who was a trainer at a Montana wildlife casting agency, was mauled to death by two 90-kilogram (500 lb) grizzly bears as he cleaned their cage.

Speculation arose as to the exact events that took place. Some believed that Benjamin had fallen, hit his head, and lost consciousness before the attack because he had no defensive wounds on his hands.

However, Gallatin County Sheriff Brian Gootkin stated that Cloutier’s body had been so terribly mangled that it was impossible to determine whether he was conscious during the attack.

Two years later, Cloutier’s parents sued Animals of Montana Inc., the training facility, as well as Troy Hyde, the owner, for the wrongful death of their son. They stated that the company had failed to take reasonable safeguards that would have prevented the tragedy.

On a Saturday night in Suarez, Mexico, in June 2013, circus trainer Alexander Crispin, 35, was viciously attacked by a Bengal tiger that he had worked with countless times before. Crispin was an American who was working for the Hermanos Suarez Circus.

On that fateful night, Crispin jogged around two tigers to make the felines turn in circles, which was a common routine to impress the spectators. Suddenly, one of the tigers lunged at Crispin, knocking him to the ground.

The tiger proceeded to maul Crispin relentlessly even though circus employees hit the animal with a metal pole to warn him away. Crispin died from hypovolemic shock (massive blood loss).