Everyone dreams of making an amazing discovery. Some people are lucky enough to find incredible objects hidden in their backyard. Others are even luckier and find treasure lying on their lawn. The following discoveries were made by people who had just left their back door. 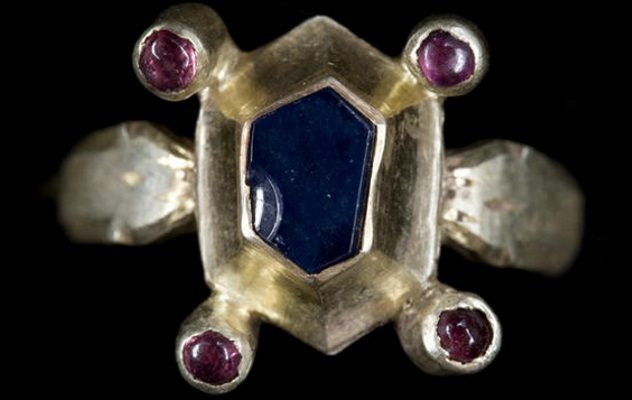 Andreas K. was digging in his backyard when he stumbled across several pieces of centuries-old jewelry and other precious objects. The items were caked with dirt, and Andreas believed that they were worthless. He left the objects in a box in his basement for two years, only to rediscover them when he was cleaning the basement out in 2011. The soil had dried, and some of the dirt had fallen off, which revealed the precious metal and jewels underneath.[1]

Andreas posted pictures of his find on the Internet. An amateur archaeologist encouraged him to report his discovery to the Austrian Federal Monument Agency. The Agency personnel were delighted, and they described the ornaments as one of the most significant discoveries of medieval treasure in Austria. Andreas had discovered more than 200 rings, brooches, and other ornate objects, many of which were decorated with ornaments like pearls and fossilized coral.

Andreas decided to keep the artifacts, though he plans to loan the collection to one of Austria’s museums. 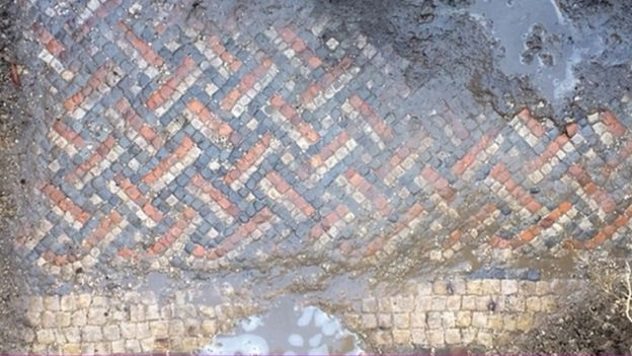 In 2016, Luke and Alice Irwin decided to convert an old barn into a room where the family could play table tennis. The couple hired electricians to install an underground cable. The electricians started drilling, and they hit a hard layer 46 centimeters (18 in) below the surface. They had discovered pieces of a mosaic.

Luke called Historic England, which sent archaeologists to the Irwin’s home. They determined that the mosaic had once formed the floor of a grand villa that was built between AD 175 and 220. The Irwins’ home had been built in the center of the old villa.

Archaeologists started to search the land around the house. In one section, they discovered a Neolithic flint head, Bronze Age pottery, Iron Age pottery, and Roman pottery.

This discovery is of national significance. Much of the site hadn’t been touched since the villa collapsed more than 1,400 years ago, which makes it a perfect opportunity to understand Roman and post-Roman Britain.[2] 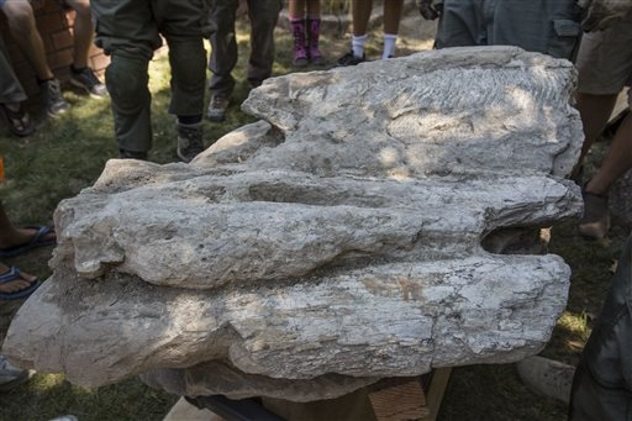 In 1978, Gary Johnson uncovered a whale fossil in his family’s backyard. He contacted a local museum, but they didn’t know how to move the huge fossil.

Gary’s find lay forgotten until 2014. After another whale fossil was discovered nearby and excavated by the National History Museum, Johnson contacted the organization. They were interested, and they made plans to retrieve his fossil.

The museum worked with the Los Angles Country Sheriff’s Department search and rescue volunteers, who used the excavation as a training exercise.[3] They hoisted the fossil—and the rock it was lodged in—from the backyard ravine using pulleys and a steel trolley. It weighed more than 450 kilograms (1,000 lb).

They sent the bone to the museum to be placed in a research collection. The fossil is 16 to 17 million years old, and it is extremely rare. There are only about 20 baleen whale fossils in the world.

7 A Tunnel To The Pyramid Of Khufu 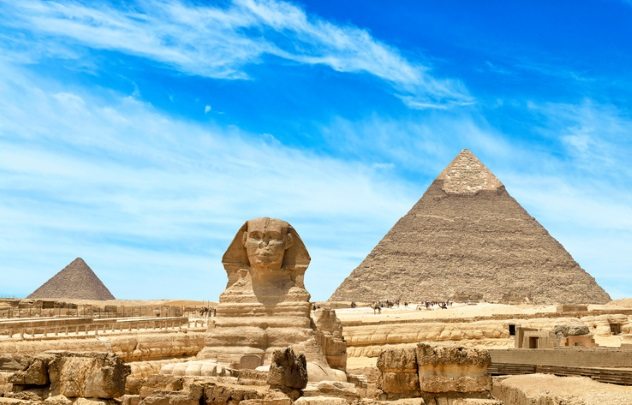 Nagy was illegally digging in his backyard in 2014 when he uncovered huge stone blocks. He had found a corridor 10 meters (33 ft) beneath the ground. Egypt’s Ministry of Antiquities learned about Nagy’s discovery. They sent archaeologists to his home, who realized that he had discovered the legendary causeway to the Pyramid of Khufu, the oldest of the three Giza pyramids.

Archaeologists had searched for this corridor for more than 30 years.[4] It was mentioned in the Histories by Herodotus, who claimed to have visited it in the fifth century BC. Herodotus wrote that the passage was enclosed and covered in reliefs, but before Nagy’s discovery, only small remnants of the causeway had been found.

The Khufu pyramid complex is known to have a connection to a lost temple near the Nile River. The discovery of the causeway has led archaeologists to believe that the temple may be buried beneath the village of Nazlet el-Samman. 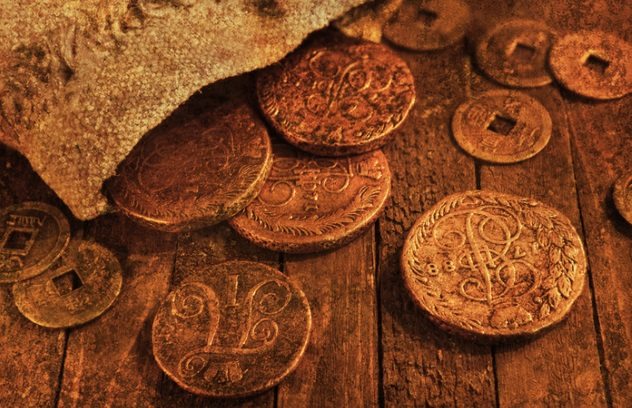 In 2007, after a heavy bout of rain, Tage Pettersson discovered a pair of ancient coins on his lawn. He called local archaeologists, who uncovered 67 more coins on his land. Two of the coins were extremely rare. One had never been found in Sweden, and the other is only the second of its kind to have been found.

Most of the coins are German, English, and Arabic currency from the late 900s to early 1000s. The money shows how the Vikings traded and looted their way across Europe and beyond.[5] The Islamic coins are products of the Vikings’ extensive trade; the Norse sailed south on Russia’s rivers to reach the Middle East. However, the English coins are most likely tribute money, which was paid to keep the Vikings from attacking.

The coins had been buried roughly 400 meters (1,300 ft) from the site of an ancient Viking settlement. Researchers believe that these hoards functioned as safe deposit boxes: The money was hidden in the ground until it was needed. 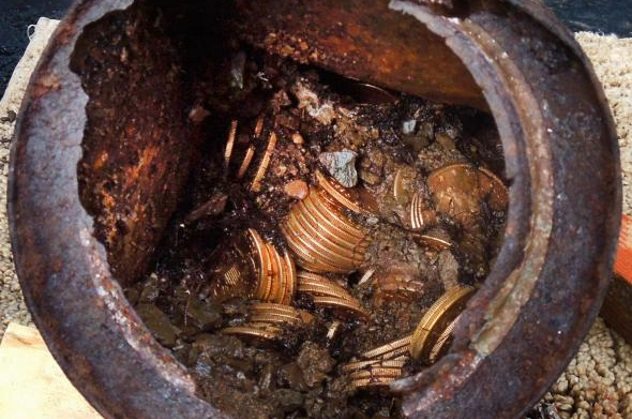 John and Mary were walking their dog in their backyard in 2013 when they stumbled across the top of a decaying canister poking out of the ground. They dug it out with a stick and brought it inside. The couple opened the container, and they found a batch of discs covered in dirt.

They cleaned the discs and discovered that they were $20 gold coins from the 1890s. John and Mary rushed back to the place where the found the canister. They searched the area, and they found seven more cans. The couple looked through their loot. They realized that they had discovered over 1,000 coins. The couple reburied the coins to hide them and contacted a coin dealer, Don Kagin, to inspect the coins.

Kagin spent several months restoring the coins. He realized that John and Mary had made an incredible find. They had discovered 1,427 coins that were minted between 1847 and 1894. The face value of the coins was $27,980, but Kagin knew that they were worth quite a bit more. Some of the coins were extremely rare: A dozen of them are among the best surviving examples of their kind.[6]

The collection was valued at $11 million. 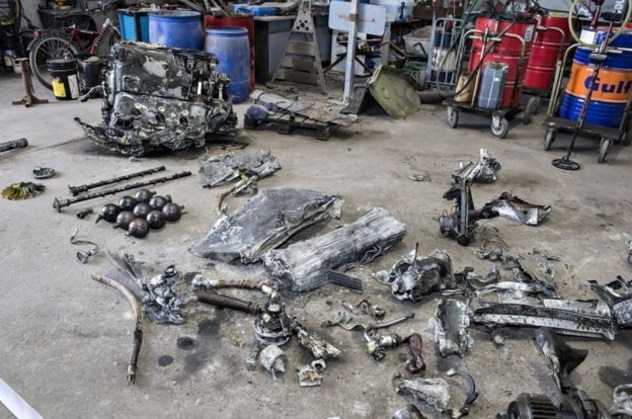 In 2017, 14-year-old Daniel Rom Kristiansen needed a good subject for a report on World War II. His father, Klaus, jokingly told him to go find the plane that supposedly crashed in the field behind their home.[7] Klaus’s grandfather had said that a plane crashed there in November 1944, but the family never quite believed him.

Daniel decided to search the field. He and his father brought a metal detector with them. They were surprised when it started to beep. The pair started to dig, but they realized that they needed to go deeper. They borrowed an excavator from a neighbor, and they discovered the remains of a plane 4 to 6 meters (13–20 ft) down.

The pair ultimately uncovered thousands of pieces of the airplane. Then they discovered the bones and personal effects of the pilot. The Kristiansens decided to contact World War II historians and the Danish authorities.

Danish police took the bones for investigation. Forensic experts hope to learn the identity of the pilot. If they are successful, he will be given a military funeral in Germany.

3 A Bag Full Of Cash 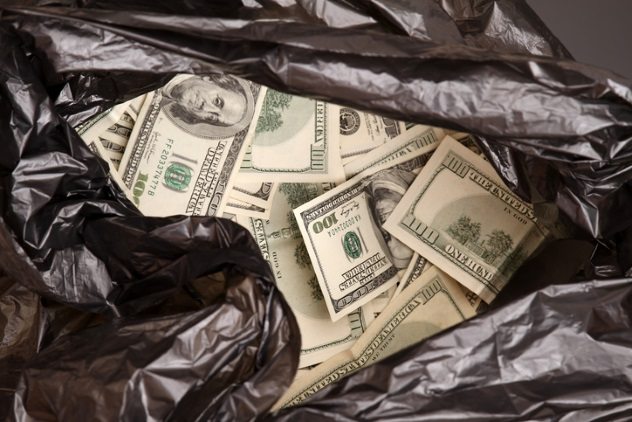 In 2011, Wayne Sabaj went into his Chicago garden to find some greens. Instead, he found a bag full of cash. He brought the bag to his father. Neither of the Sabajs were happy about his discovery. They were worried that the money might have come from a bank robbery, and they didn’t want to be blamed.

The duo called the police, who took the cash and another bag that they found in the garden. The officers counted the money, and they realized that the Sabajs had discovered $150,000. The police traced the money to the Sabajs’ former neighbor, Delores Johnson. She had gotten rid of the money because she believed that it was cursed. Johnson died after she buried the money, and Johnson’s daughter, Diane Howe, came to claim the cash.

Sabaj and Howe ultimately went to court in 2013 to decide how to split the money. Before the verdict could be reached, Sabaj died from complications related to diabetes.[8] His father suffered cardiac arrest when he found out his son died.

The judge decided to split the money between the two families. Half went to Sabaj’s son, and the other half went to Howe. 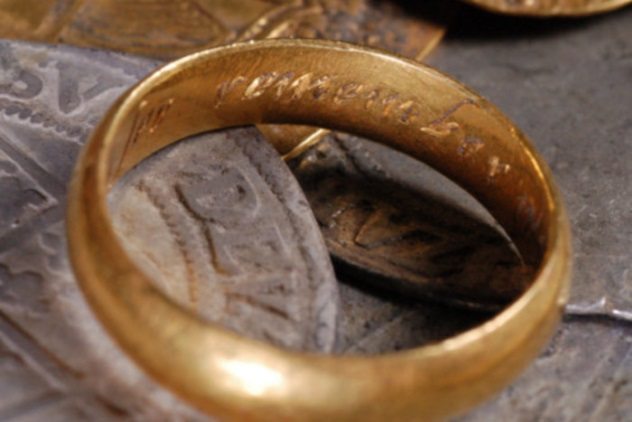 Owen Johnson was inspecting a hole dug by builders in his garden in 2012 when he spotted a ceramic pot hidden in the dirt. He tried to dig the pot out, but it cracked open. Gold and silver coins spilled out “like a slot machine.”[9]

Johnson had discovered nearly 600 coins from the mid–17th century, along with a ring that bore the inscription, “When this you see remember me.” The loot was likely buried during the English Civil War. Johnson’s home was located in Pontefract, which was a Royalist stronghold during the 1600s. A military post was located nearby, and the loot was likely to have been stashed by a Royalist who feared that it would be stolen. The coins had a face value of £85 and 12 shillings, which was enough to employ a Civil War soldier for five years.

The hoard was valued at £54,492 in 2013, and the Wakefield Council bought the collection. It is displayed at the Pontefract Museum. 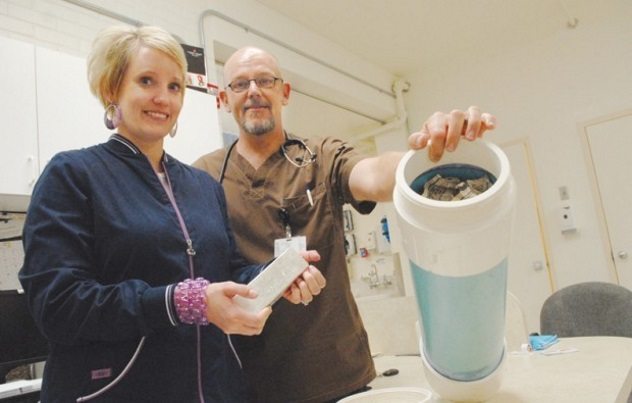 In 2010, James Sievers was working on a home renovation project when his shovel hit something hard. Sievers knelt down and pulled out a tube. Inside were 18 bars of silver. He started doing the chicken dance in his yard.[10]

He went inside to research the silver, and he found out that they were worth about $2,600 each—or roughly $46,000 total. Sievers started to wonder why the silver was buried. The container was dated 1982. Sievers eventually learned that Clint Nelson had built the Idaho home and was living in it in 1982.

Sievers called Nelson and informed him of his discovery. Sievers offered to return the silver, but Nelson told him to keep it. Sievers was briefly excited, but he decided that the right thing to do was to split the bars with Nelson.

Sievers packed up all of the silver—in case Nelson decided that he wanted it all—and drove to Utah. Nelson accepted half. He explained that he was a businessman and that someone had paid him in silver. When the price of silver fell, he buried the bars in his backyard. Nelson had retrieved four other tubes, but he had overlooked one.

For more discoveries made in unexpected places, check out 10 Archaeological Discoveries Found In Strange Places and 10 Weird And Wonderful Discoveries Made During Construction.