It takes a special person to strand themselves at the bottom of the Earth in the name of science. But that is exactly what a handful of humans do each and every summer (when it is winter in the Southern Hemisphere) at the Geographic South Pole. Antarctica is the coldest and driest place on the globe, and our southern pole is one of the most isolated places. Those who live at the Amundsen-Scott South Pole Station for the winter are assured a season full of adventure, isolation, and a one of a kind experience that has been afforded to only a handful of people. Living at the South Pole, while difficult, presents some of the world’s most interesting domicile oddities.

10 One Sunrise And Sunset Per Year 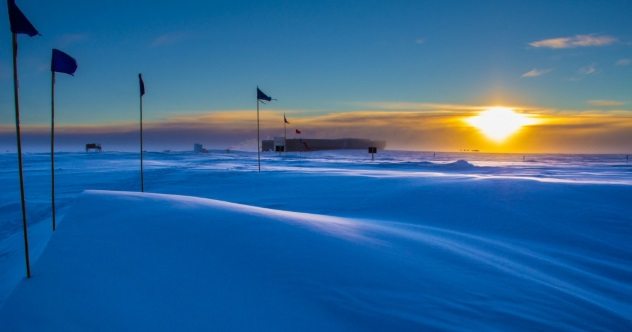 Due to the South Pole’s unique location on the very bottom of the globe, the perspective of the Sun as seen from Earth is like no other. If you like gazing at the sunset, you will have plenty of time to take one in at the ends of the Earth.

Due to the tilt of the planet’s axis, the South Pole experiences one sunset and one sunrise per year.[1] Each takes days for the Sun to fully rise above or slip below the horizon. That gives Sun lovers two solar treats each year.

9 A Watch Is Unnecessary 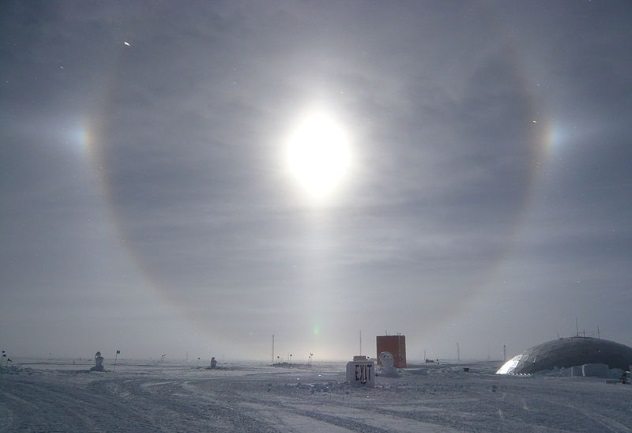 If you work outside, you can skip the Timex. After the Sun finally rises, it circles the sky and gradually rises until mid-summer, at which point it begins its slow descent back toward the horizon.[2]

As the blazing orb makes its way around the sky, shining 24/7, it’s simple to tell what time of day it is. When it is above a certain building or landmark at a specific time, it will be in that exact location every day at that time. If lunchtime is when the Sun is above the weather balloon launch facility, you can make your way to the cafeteria each time it reaches that spot in the sky.

8 Getting There Can Make Your Head Spin 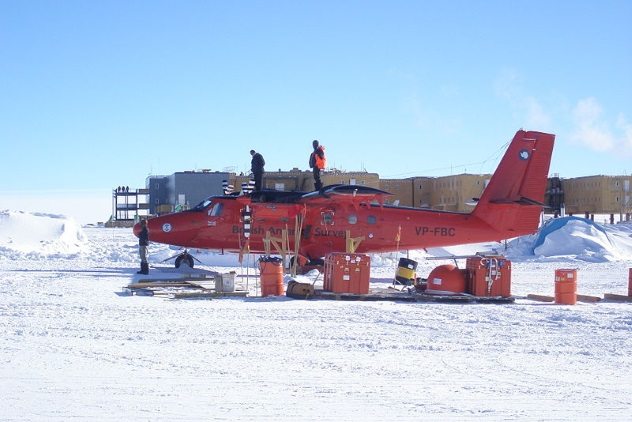 When one arrives at the South Pole, it is relatively easy to walk around. The ice is hard-packed and crystallized, making for an non-slippery surface. It is also very flat. It looks much like most of Antarctica, with the exception of the altitude.

The South Pole sits on a nearly 3,000-meter-thick (10,000 ft) sheet of ice, placing new arrivals roughly 3 kilometers (1.9 mi) up into the atmosphere.[3] There are no porters at the ski-way and shack that serves as a rudimentary airport terminal, and after lugging one’s bags for 15 meters (50 ft), they will be harshly reminded of the altitude.

7 Sleeping Can Be Troublesome 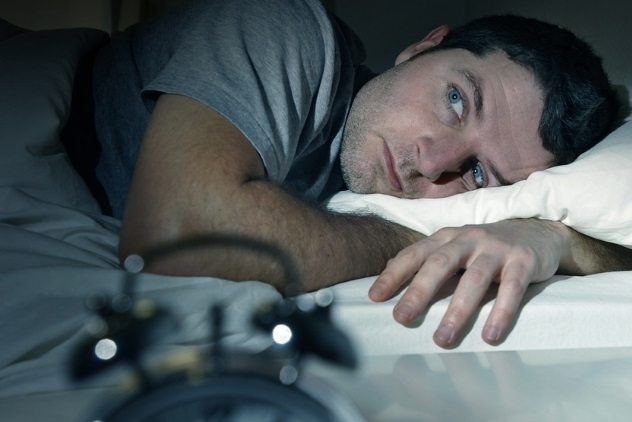 Your body will eventually acclimate to the high altitude, but physiologically, the elevation can become even higher due to an atmospheric phenomenon only experienced at the poles. When barometric pressure goes down, air becomes thicker, as it does everywhere on the Earth. Our planet spins on its axis, creating centrifugal force. This force pulls the atmosphere toward the Equator, essentially pulling the sky downward in the polar regions.

As the sky falls, the air becomes thinner, making the altitude at the South Pole seem higher than it already is.[4] Since inhabitants are living at 3,000 meters (10,000 ft) above sea level, an extra 600 meters (2,000 ft) can induce the same sleeplessness that mountaineers experience when climbing at high altitude. 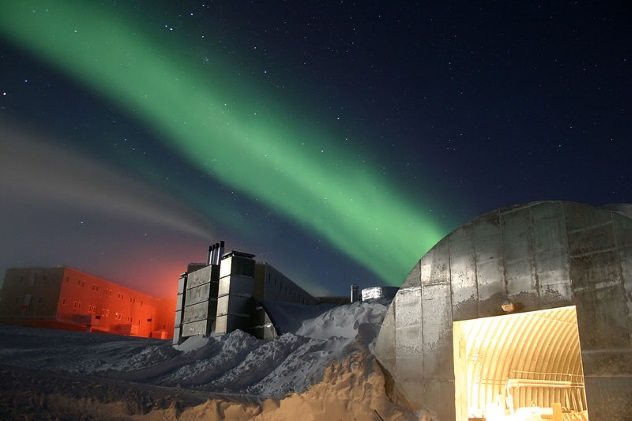 While the South Pole research facility can be bustling with scientific activity during the short summer season, only a small crew of about 50 remain for the winter months. Those hardy souls are stuck on the bottom of the planet from the time the last aircraft leaves around mid-February until the next one returns in late October or early November.

Regardless of illness or craziness, the super-frigid temperatures during the winter will freeze aircraft fuel and hydraulic fluid, making any extraction impossible.[5] 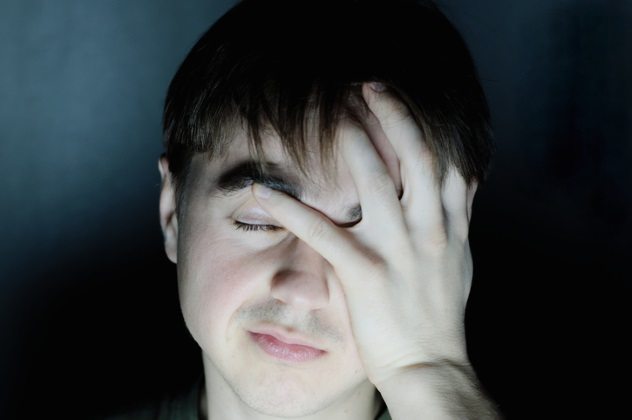 For those who do decide to strand themselves in the name of science, it can be a long winter. After the days-long sunset and about a month of twilight, it remains nighttime for several months. Some will suffer from seasonal affective disorder (SAD), but working, living, and recreating in close quarters with the same 50 people for weeks on end exacerbates matters.

Those conditions would make anyone cranky, and even those with the sweetest disposition become a tad testy after winter has set in. For most, that occurs around August. While it affects everyone differently, and some not at all, the culmination of no sunlight, seeing the same faces, and endless darkness can make the creature from the Antarctic horror movie The Thing seem like a companion worth seeking out.[6]

4 Getting Naked With Friends 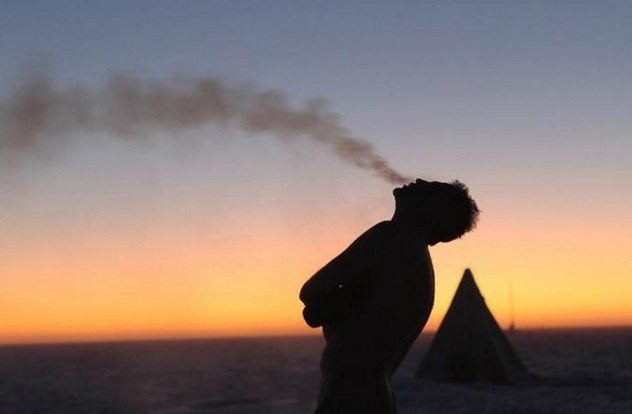 While temperatures are brutally cold and deadly without proper wear, the thermometer rarely dips below –73 degrees Celsius (–100 °F). When it does, it offers residents the opportunity to become a member of one of the planet’s most exclusive fraternities: the 300 Club.

Polies (as they liked to be called) gather naked in the research station’s sauna and crank the heat up to 93 degrees Celsius (200 °F). Once they are good and sweaty, they put on only their boots and trudge outside to the marker for the Geographic South Pole. The trip from the sauna to the marker entails a 300-degree (Fahrenheit) shift in temperature—and for most, a lovely keepsake in the from of a photograph of themselves naked, covered in a silvery coat of frozen sweat, standing next to the historical South Pole marker.[7] 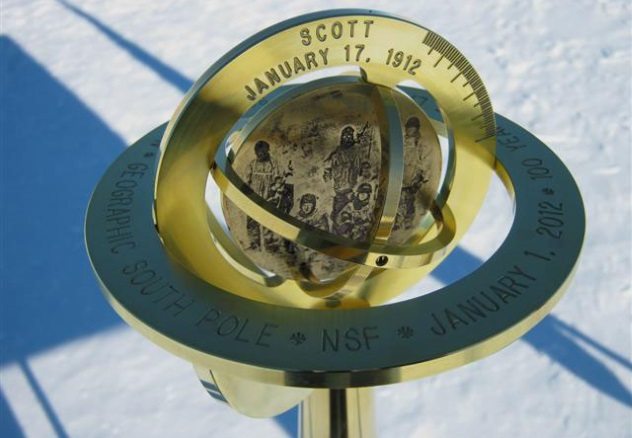 The South Pole sits on a 3-kilometer-high (1.9 mi) slab of ice. And when ice sits on top of land, it tends to slip . . . a lot. While the actual Geographic South Pole does not move, the marker for it and the buildings above it do, to the tune of about 2.5 centimeters (1 in) per day. That translates to everyone and everything at the Pole moving a little over 9 meters (30 ft) per year.

Surveyors pinpoint the exact location of the South Pole, and the Pole marker is moved yearly to compensate for the long, slow slide. A simple ceremony is held in conjunction with telling everyone living there that the South Pole wasn’t exactly where they thought it was.[8]

2 Running Around The World 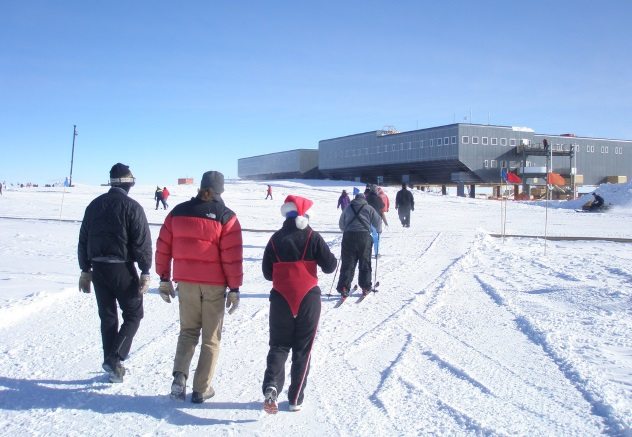 Running is a great way to keep in shape, but sprinting in the freezing cold can be a lung-burner. Still, few can resist the temptation of being able to brag that they literally ran around the world. At the South Pole, that would take all of about 20 steps.

To keep runners at least somewhat honest, the facility stages a yearly 5K run. The course circles the Pole marker, allowing participants who finish to say, without shame, that they really did run around the world.[9] 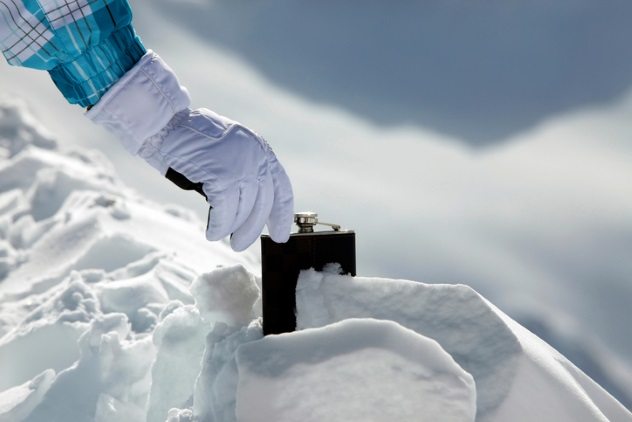 Time zones are delineated by 15 degrees of longitude. Those degrees are separated the furthest at the Equator, with approximately 111 kilometers (69 mi) between them. From the Equator, they run north and south, gradually reducing the distance between until all 24 of them meet at the Earth’s poles.[10] By living at the South Pole, one can enter any time zone by walking a few steps.

Normally, this is just an interesting curiosity, but it becomes serious revelry on New Year’s Eve. Polar residents can ring in the new year with each and every time zone on Earth with a simple shuffle of the feet. Only the stoutest of merrymakers can last the full 24 hours of toasting the hanging of a new calendar. For those who do, hour 20 becomes more like the Twilight Zone than a time zone.

Tom Lohr lives in Santa Fe, NM. He spent the winter of 2006 in darkness at the South Pole research facility.

Read more about the bottom of the Earth on 10 Fascinating Wonders Of Antarctica and 10 Strange And Notable Antarctic Fatalities.