China is an amazing country. One of the oldest continuing civilizations on Earth, it has gone from a centuries-old, primarily agrarian society to an industrial economic powerhouse. In the span of 50 years, the reforms that China has put in place have made it the second-largest economy on Earth, and it is soon expected to eclipse the US as the largest. With their sheer numbers, strong economy,[1] and rapidly growing military, the Chinese have drawn the attention and, in some respects, concern of the world. Many people now believe it’s just a matter of time before the country takes over as the next major global superpower.

While that could be the case someday, there are many reasons to believe that it may not be, as there are several serious issues holding China back. Until (and if) these issues can be addressed, it is unlikely that the country will take over anytime soon as the most dominant power on Earth, either militarily or economically. Here are the top ten reasons why China will not take over the world. 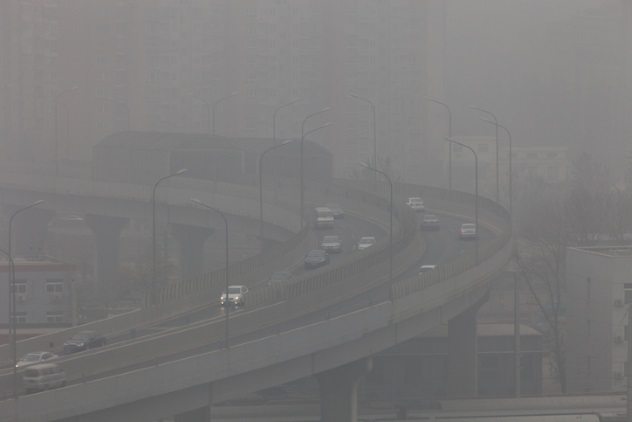 It’s no secret that China has a serious pollution problem. Since its rapid industrialization began in the 1950s, China has reached the point where health scientists estimate it claims 1.6 million lives per year (approximately 4,000 people per day).[2] As other nations had delays in starting production due to environmental restraints and regulations, China built factories without concern for the long-term environmental consequences. As foreign demand for cheaper products made in China soared, so did the creation of factories required to produce them.

In some of the most heavily polluted areas, simply breathing is equivalent to smoking 40 cigarettes per day. With almost half the entire population living within the major (and often most polluted) metropolitan regions, the dire consequences to public health and the need to reverse the damage presents a serious setback for the country. 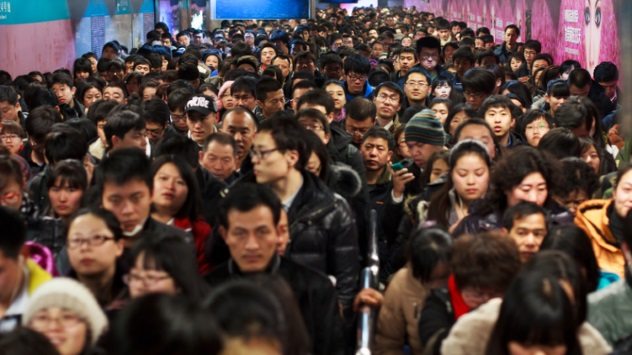 As of September 2017, the population of China stands at over 1.3 billion people.[3] Although the country is geographically the fourth largest in the world, approximately 20 percent of the entire global population lives inside its borders. This places an enormous strain on its natural resources, particularly when living standards rise, and thus, demand for resources increases.

Although certain measures have been put in place to help curtail the exploding population (such as the nearly 40-year-old one-child policy, which was officially lifted in 2016), it seems likely that China will become more dependent on foreign resources to meet its needs. 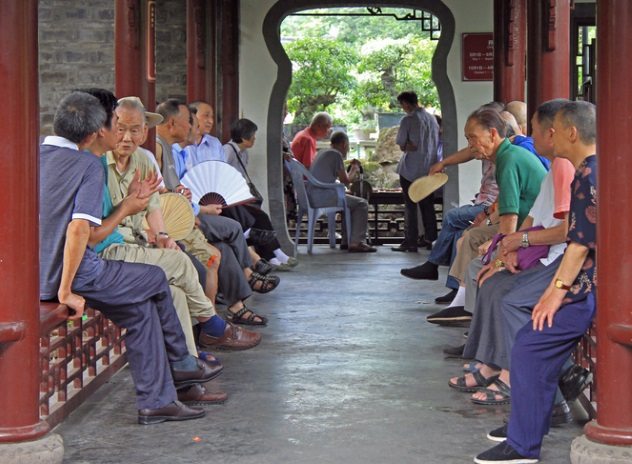 China is facing a demographic nightmare. As fertility rates have decreased and after decades of the one-child policy, the country is getting very old very fast. After the one-child policy was officially lifted in 2016, many couples were now found to only want one child or didn’t plan to have any at all. According to the United Nations, China may have as much as 44 percent of its population retired by 2050.[4]

Unless they can attract Chinese youth back to the country from afar (which, as you will soon see, is itself another major obstacle), a massive strain will be placed on the younger working population to sustain China’s social services, especially considering that the country is a socialist state. 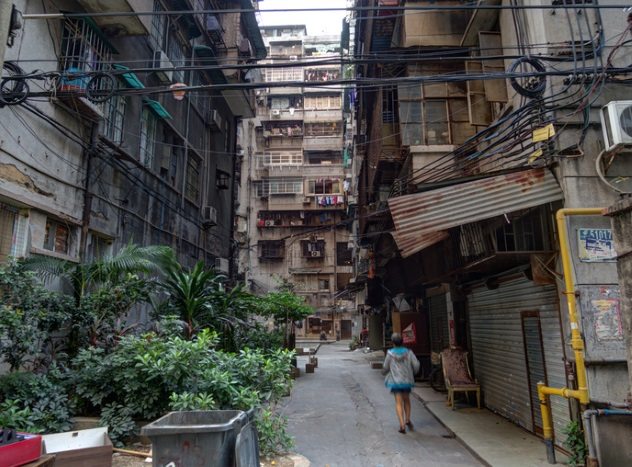 Although China has had very impressive continuous growth for many years now, a significant segment of the population still lives in poverty.[5] Since the early 1980s, millions have seen their standard of living dramatically increase, yet while the economy is growing, there are many millions without electricity or adequate drinking water. It will still require a significant amount of time and investment before China’s population as a whole will catch up and be wealthy by the standards of other developed nations. 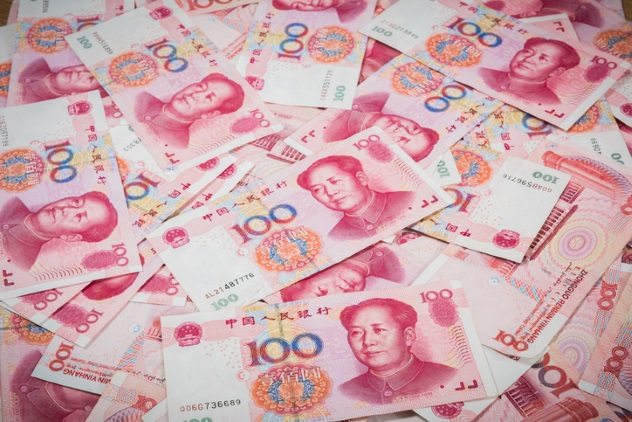 While the middle class has exploded in China,[6] the expectations have increased, as more Chinese will expect better pay, which in turn will eventually make their products more expensive for consumers. While countries such as Japan and Korea have still exported an enormous amount of goods as their salaries have increased, the quality of these goods has been high, which, in turn, kept demand high. Although the “workshop of the world” exports many goods, they are largely inexpensive because of their poor quality.

Eventually, when the standard of living goes up, the population will expect higher wages, which will inevitably drive up the cost of production, making the products they export too expensive. This will likely result in companies eventually pulling out of the country in search of cheaper nations, such as Vietnam and Bangladesh, to produce their goods. 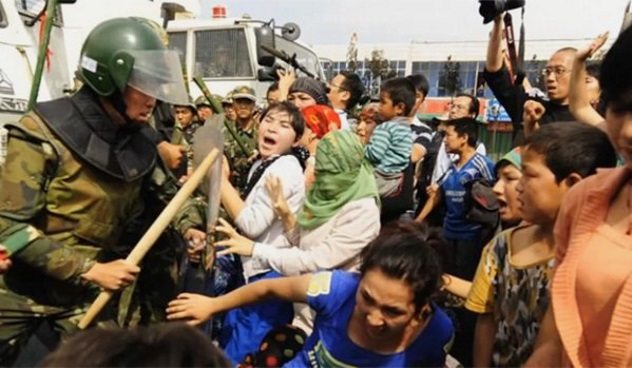 There are several regions (such as Tibet and Hong Kong) within China that are demanding more autonomy, which requires the country to devote a significant amount of resources to ensuring political stability within its borders.[7] Until they can attain a certain level of regional stability as well as control an increasing desire from the general population for more freedom, their foreign ambitions will be hampered. 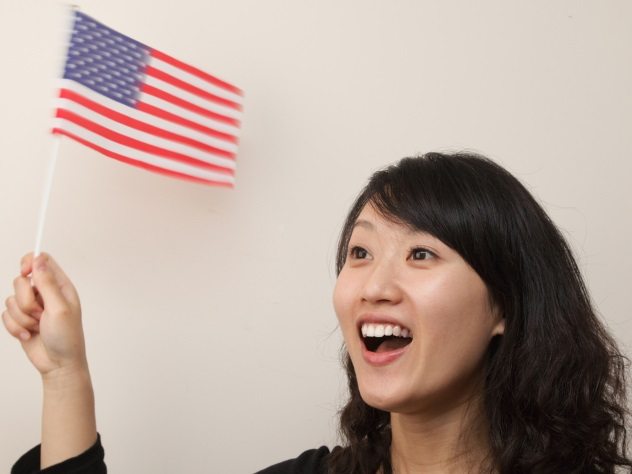 Unlike the former Soviet Union, if you wish to emigrate from China, you are free to do so. The only issue appears to be related to money. This poses a rather serious problem for China, as a recent report indicated that as many as 50 percent of the wealthiest Chinese citizens are considering moving out of the country to places such as the US, Australia, and Canada.[8]

So even if China succeeds in raising its living standards, they face the challenge of then convincing a considerable number of their citizens to stay. Problems previously mentioned such as pollution, overcrowding, and restrictions to personal freedom make moving a tempting option to a very important segment of the population. When they leave, they take their wealth with them, leaving what is referred to a wealth drain, a loss in tax revenue and investment within their borders. 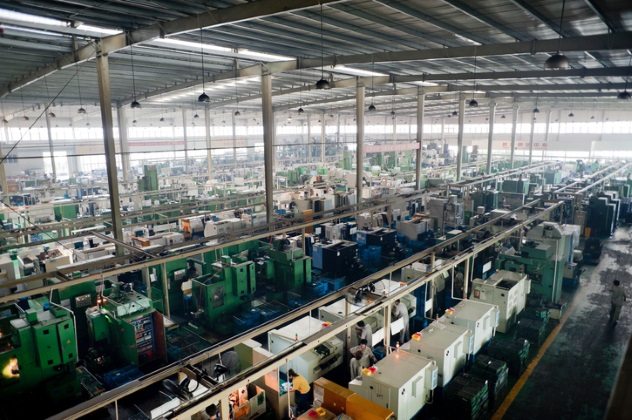 Although private industry has grown considerably, a very sizeable portion of the Chinese economy is still owned by the state. Approximately 30 percent of their total assets (in both the industrial and service sectors) are state-controlled. This may lead to corruption and inefficiency, as subsidies can and are used to prop up businesses which may otherwise be unable to compete.

With competition comes innovation, which is essential to maintain relevance in an increasingly high-tech, knowledge-based economy. A whopping 50 percent of total industry in China is state-controlled.[9] 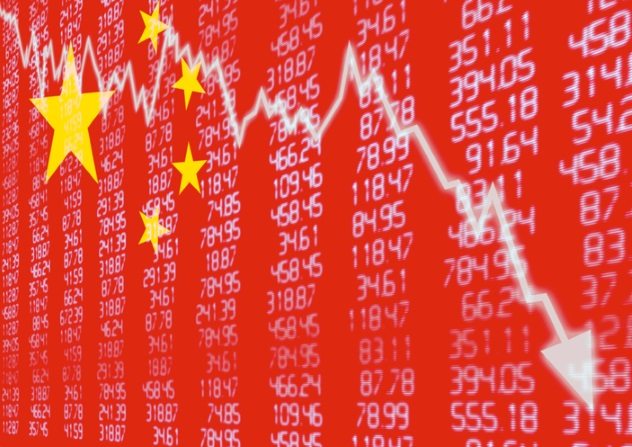 China currently finds itself in the rather awkward position of having a somewhat free-market economy while at the same time being a socialist state.[10] As a result, they have a very big domestic challenge ahead of them as they try to keep their economy free and competitive globally in order to generate revenue to improve the country overall and maintain a socialist state domestically.

This can result in a very confusing vision of the future for China’s citizens. As the middle class grows and their wealth increases, class structure should become more evident, which is what socialism is supposed to be against. A healthy free-market economy is widely believed to only be able to sustain itself in the long run if it is free of too much government intervention and capable of competing globally, which is a challenge for a one-party state. 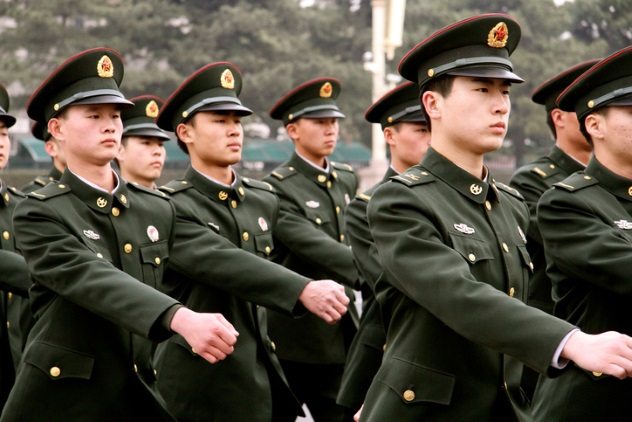 Although China has invested heavily in its military, and it is growing, they are still behind the most powerful militaries in the world in terms of equipment and training. It takes a great deal of money to equip and train a military of China’s size. Widespread corruption coupled with a lack of competition, overruns in costs, delays, issues enforcing quality control, and monopolies in the defense industry place the country at a serious disadvantage when it comes to acquiring new technology. Its organizational structure is flawed as well, since the primary objective of the People’s Liberation Army is the protection and preservation of the more than 88 million members of the Communist Party rather than the general public itself.

Equally important is the lack of combat experience, as China hasn’t engaged in combat with a foreign enemy since Vietnam in 1979. The lack of experience in comparison to countries such as the US, UK, and Russia places China at a disadvantage.[11]

I am a newly minted freelance writer based out of Halifax, Nova Scotia, Canada. Fond of geography, history, politics, and lists. Feel free to check out my blog.

Read more about China in the modern world on 10 Pieces Of Propaganda That Reveal How China Sees The World and 10 Absurd Conspiracy Theories About China.