Anyone who owns a pet knows that animals have no qualms about trying to eat random objects they find lying around the house. Cats chew on various plants, rats and mice nibble practically anything, and dogs work part-time as vacuum cleaners when food is dropped on the kitchen floor.

However, many things that people wouldn’t ordinarily give a second thought to can actually be incredibly toxic to common household pets. Animals don’t have the same metabolisms as humans; a compound that human bodies can break down effortlessly may prove to be lethal in a smaller animal at the same dose. Here, we will explore several foods and plants that you may not realize are present in your pet’s reach—and the potential medical dangers they can bring if consumed. 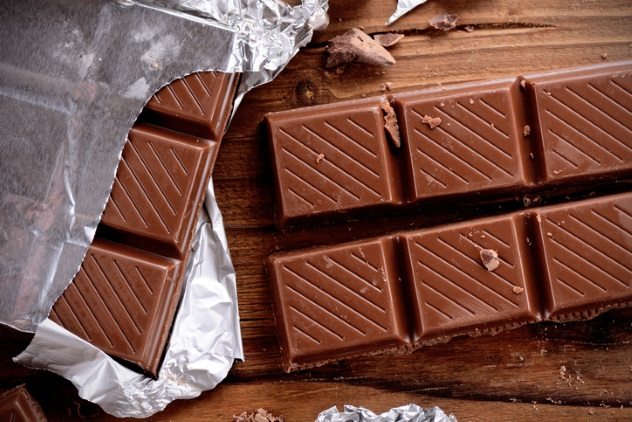 This may not be shocking to many animal lovers, but pets do not appreciate the joys of chocolate quite as much as humans, probably because it kills them. Chocolate contains two closely related compounds: theobromine (the primary stimulant) and caffeine, both of which are responsible for chocolate’s energizing effects. These compounds help to stimulate brain and cardiac/skeletal muscle activity, mainly by inhibiting certain cell receptors and enzymes and increasing free calcium concentrations (which helps to power muscles).[10]

At high doses, these effects can cause muscular overstimulation, potentially leading to abnormal heart rhythms, muscle tremors, diarrhea, restlessness, and heart failure. This seems very frightening, and you may be wondering why humans don’t drop dead after eating a piece of chocolate cake. As a matter of fact, humans are able to break down theobromine much more quickly and efficiently than what a dog’s metabolism is capable of.

Because chocolate is a very common food item for desserts and treats, great care should be taken to keep it out of the reach of dogs, cats, and other animals. Other caffeine-containing products such as coffee should be kept away from pets for similar reasons. They can cause harmful overstimulation as well. 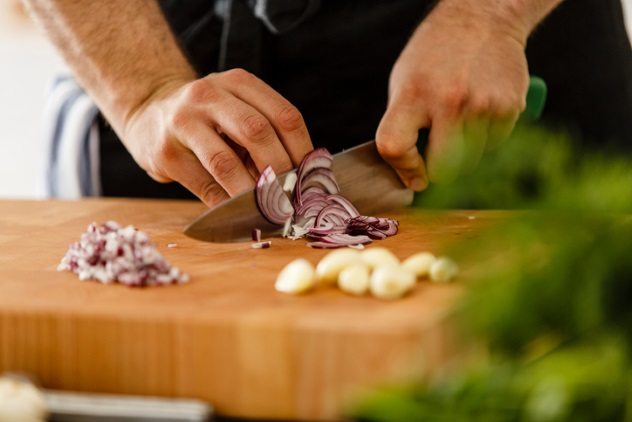 What makes people cry and pets die? If you answered onions, you’re surprisingly correct. Onions (as well as closely related vegetables such as garlic, leeks, and chives) are very poisonous to cats and dogs due to compounds known as N-propyl disulfide and sodium n-propylthiosulfate. When ingested, these chemicals reduce the formation of an important antioxidant called glutathione, which ultimately causes toxic hydrogen peroxide levels to rise up. Hydrogen peroxide can alter the structure of hemoglobin, an essential protein in red blood cells that carries oxygen so that it can be dispersed to different parts of the body. This alteration causes hemoglobin proteins to unravel and clump together, forming clumps called Heinz bodies.[2]

Unfortunately, the formation of Heinz bodies can cause red blood cells to burst, which increases the risk of anemia and subsequent organ failure. Humans are very resistant to these side effects, but pets (especially cats) are highly susceptible to anemia after repeated ingestion. Symptoms to look out for include weakness, vomiting, diarrhea, pale gums, discolored urine, and overactive saliva production. 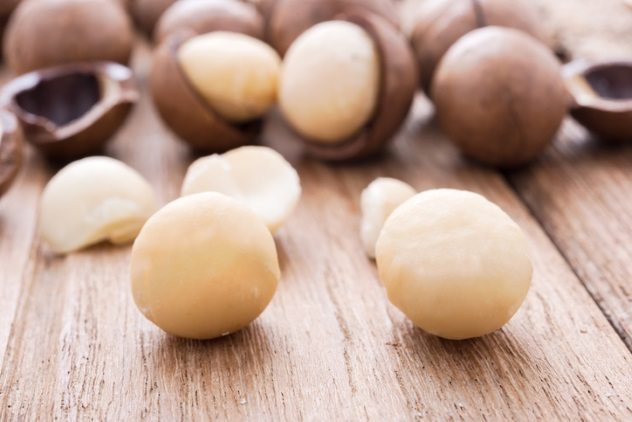 Macadamia nuts are highly valued by snack lovers for their high contents of minerals, antioxidants, and more. Dogs can also get a few bonus side effects if they consume these delicious snacks: vomiting, weakness or mild paralysis, hyperthermia, and muscle tremors.

The exact cause of macadamia nut toxicity in canines is unknown; it is theorized that it could be a natural product in the nuts themselves, something introduced during manufacturing, or toxic fungal side products.[3] With proper medical attention, macadamia nut toxicity is generally treatable, and symptoms resolve within 12 to 48 hours, but it’s probably a wise idea to not leave piles of macadamia nuts lying around your house, as tempting as that sounds to snack lovers. 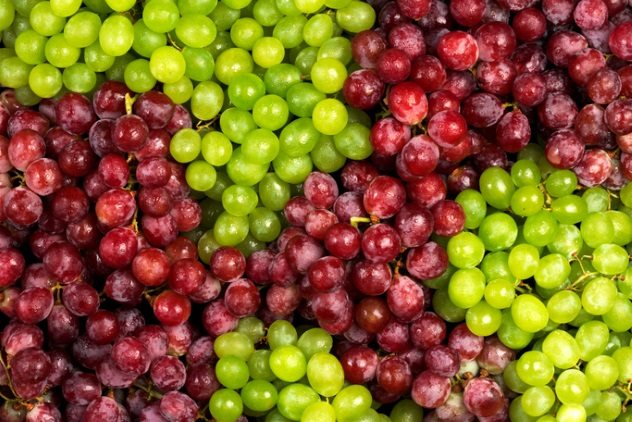 Grapes don’t exactly emit an aura of danger (unless you’ve recently read John Steinbeck’s The Grapes of Wrath), but these small snacks have very large consequences when ingested by a dog. The exact mechanism of toxicity is still a mystery, but it is known that consumption can cause dogs to develop acute kidney failure. Symptoms commonly include vomiting and diarrhea, weakness, loss of appetite, lack of urine production, and others.[4]

Unlike macadamia nuts, this type of poisoning is very severe and often fatal. Immediate medical attention is required. If kidney failure occurs, it is extremely unlikely that the dog will survive. The toxic reaction still occurs in seedless and skinned grapes, implying that the deadly reagent is found in the fruit’s flesh. This means that raisins are equally harmful for dogs as well. Raisins are especially easy to drop on the floor unnoticed, so be extra mindful when shoveling large handfuls into your mouth during your next snack run. 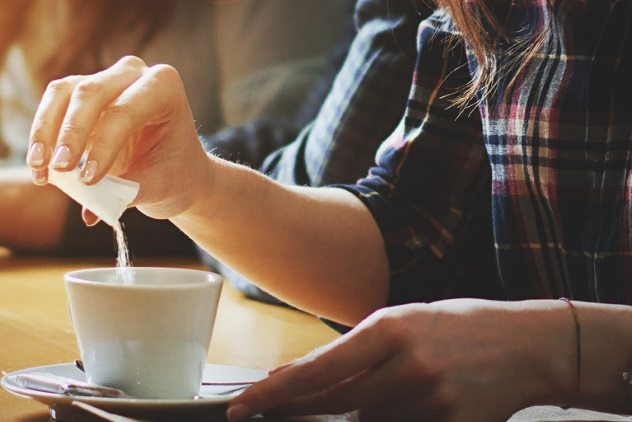 If your dog is feeling bummed about not being able to eat chocolate anymore, here’s some exciting news: It’s no longer allowed to eat candy as well! Xylitol is a sugar alcohol commonly added to sweets such as chewing gum and candy as a low-calorie sugar substitute (making it a popular choice for diabetics). When ingested by dogs, however, xylitol triggers a large release of insulin, a compound that induces cells to take up sugar from the blood.

This sudden surge of insulin flowing into cells can result in a sudden decrease in the dog’s blood glucose, resulting in a condition known as hypoglycemia (low blood sugar). Symptoms of hypoglycemia include seizures, loss of coordination, and vomiting.[5]

As if this wasn’t enough, Xylitol has also been implicated in canine liver failure as well. It’s best to stick to dog treats and avoid feeding your pooch any sort of candy or chewing gum. The possible choking hazard is bad enough; a bad liver and low blood sugar would not be a good way to reward your dog for doing tricks. 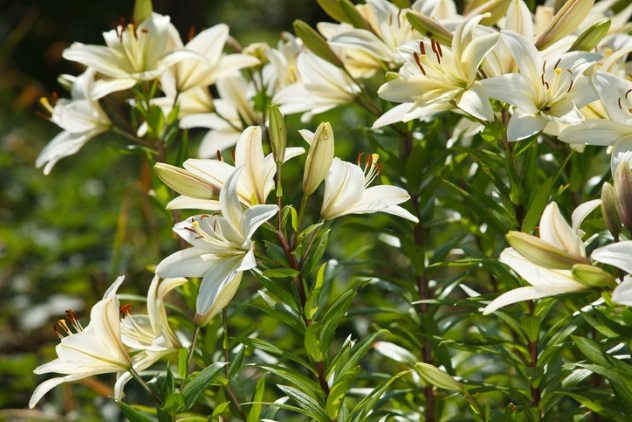 Pet owners know that cats love to chew on plants for no reason in particular. However, this seemingly benign habit could quickly turn into a medical emergency if lilies are brought into the mix. Various species of lilies (such as the Easter lily, tiger lily, Asiatic lily, and others) are popular household decorations—and extremely poisonous to cats.

Consumption of any part of the plant will cause symptoms such as vomiting, depression, dehydration, and abnormal urination patterns. Although the exact mechanism of toxicity is unknown, it is known that the kidney is the toxin’s primary target, and the cat may experience kidney failure if left untreated. If you own a species of lily and are unsure of its danger, check to see if it’s from the genus Lilium or the genus Hemerocallis; these contain the main toxic species.[6] 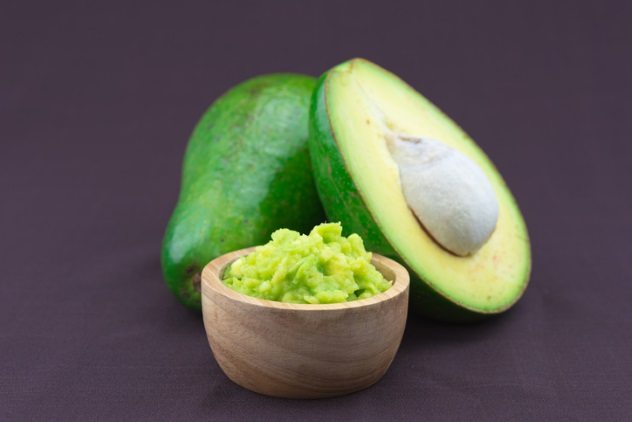 Despite being a beloved staple at parties worldwide in the form of guacamole, avocados seem to be poisonous to nearly everything except humans, one of the few mammals capable of eating this delicious fruit. Avocado contains a natural antifungal substance known as persin, which has been demonstrated to cause heart muscle and mammary gland necrosis in various species.

While cats and dogs haven’t been known to exhibit well-documented side effects, other potential pets such as horses, rabbits, mice, sheep, and other domesticated animals have exhibited harmful symptoms after the repeated consumption of avocado.[7] Along with the toxic persin mentioned previously, the large inner seed presents a choking hazard. Birds in particular seem to be incredibly susceptible to avocado poisoning. Symptoms include weakness, depression, messy plumage, reluctance to perch, and respiratory issues. 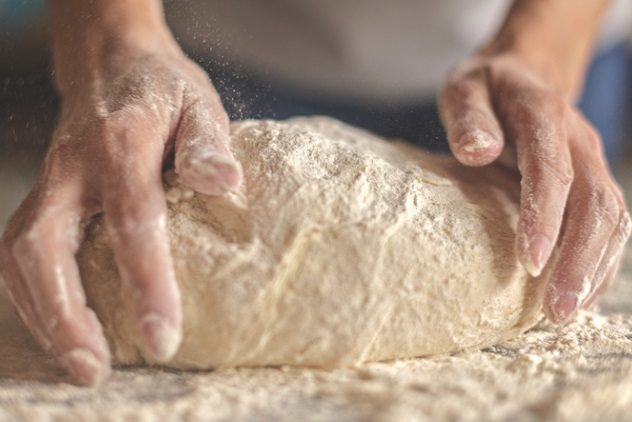 Getting bloated and dying from alcohol poisoning seems like the kind of death only a human would manage to pull off, but pets can experience this same fate if they consume uncooked bread dough made with yeast. Upon consumption, the warm, damp environment of the stomach can induce yeast cells to undergo ethanol fermentation, a metabolic process in which sugars are broken down into carbon dioxide and ethanol (aka the alcohol in alcoholic beverages).

In bread dough containing fermenting yeast, the release of carbon dioxide is what makes bread rise. It isn’t difficult to imagine why this would be a problem if the dough was eaten by a pet. The expanding dough could potentially cause a gastric blockage and make the animal’s stomach distended and bloated.

Furthermore, the ethanol byproduct released by fermentation will be absorbed into the bloodstream, causing alcohol poisoning, which can quickly prove to be lethal if the animal isn’t rushed to the doctor. Watch out for symptoms such as vomiting, weakness, central nervous system depression, elevated heart rate, hypothermia, and a distended stomach.[8] 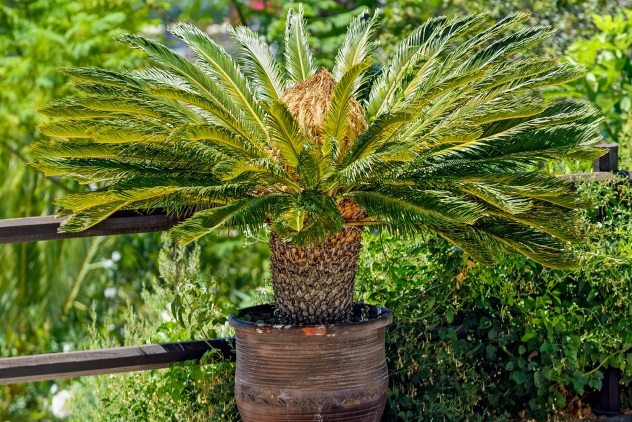 The sago palm resembles a miniature tropical palm tree and would be a seemingly innocent plant to give your backyard a little tropical taste. However, the sago palm is a wolf in sheep’s clothing. Ingestion of this plant by pets can be extremely lethal. The plant contains numerous toxins with varying effects, the most prominent being a compound called cycasin.

Upon consumption, cycasin is broken down into a compound called methylazoxymethanol (or MAM, which is much less of a mouthful). This causes liver failure by damaging liver cells and interfering with the liver’s ability to produce glucose.[9] MAM is also carcinogenic and can cause harmful mutations.

Common symptoms of sago palm toxicity include vomiting, blood in excretions, increased thirst and urination, easy bruising/bleeding, and neurological signs (seizure, paralysis, etc). Poisoning has been observed in dogs, sheep, cattle, and other animals. Humans are also known to be susceptible to it. You may want to plant a real palm tree in your yard instead of a sago palm if you’re trying to achieve that tropical look. 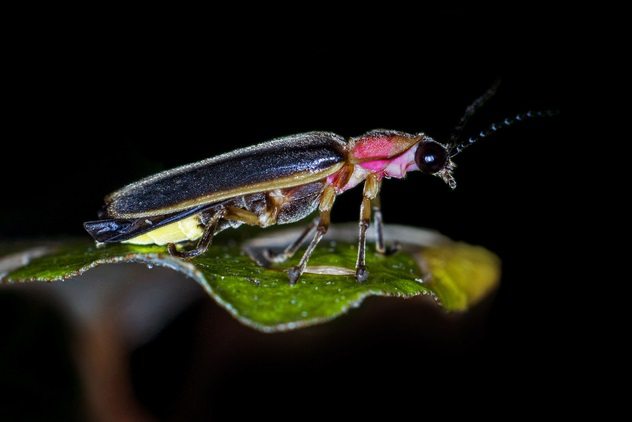 This one’s for all of the reptile lovers out there. Fireflies are typically seen as a symbol of natural serenity and beauty, but to certain reptiles, they are tasty, miniature harbingers of death. Fireflies contain self-defense poisons called lucibufagins that, when ingested, have proven to be highly lethal to various potential pet reptiles, including chameleons and lizards such as the bearded dragon. Amphibians like frogs are also at risk.

After eating the insects, lizards often retch or vomit and experience a dark change in skin color. Before you chuckle at the irony of a reptile turning black after eating a bright, glowing insect, know that this is no laughing matter. At this point, death often follows after about two hours.[10] Stick to feeding your pet reptile insects that are known to be safe and nutritious rather than feeding it random ones you find in the wild. They aren’t adapted to eating every kind of bug in the world.

Read more pet facts you may not have known on 10 Fascinating Pet Facts and 10 Pets That Put Killers Behind Bars.