IT has finally arrived. Yes, today finally marks the release of the first installment of Mama director Andres Muschietti’s epic R-rated two-part feature film adaptation of Stephen King’s massive novel IT. And while we all wait in anticipation to see just what the new Pennywise and the filmmakers have in store for us on this go-around, let’s take a look back at the previous adaptation of King’s magnum opus.

Brought to us over the course of two nights back in November 1990, ABC’s two-part, two-night presentation of Stephen King’s IT still lives on in the hearts and nightmares of the youth of America. If you’re like us, and the original film was a seemingly unending source of all your waking fears, then join us as we go behind the scenes and expose some of the more shocking secrets of Stephen King’s IT (1990).

10 Everyone On Set Avoided Tim Curry 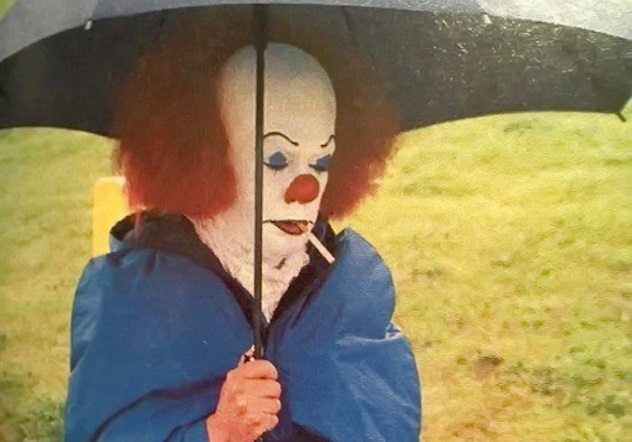 At one point or another, we were all children. And like all children brought up after the year 1990, there was always a moment during childhood where someone (usually an older brother) would spring a film upon us. We would watch as a little boy in a yellow rain slicker chased his paper boat down a charming, flooded street in the middle of a stormy day in the suburbs.

And then the little boy’s boat went down into that storm drain . . .

After that, we were never the same, as soon after the little boy goes to retrieve his boat from the maw of the sewer, he is greeted by none other than the living, breathing, giggling nightmare that was Tim Curry’s Pennywise. It turns out, however, that it wasn’t just our childhoods that classically trained thespian Tim Curry ruined with his take on the dancing clown from Stephen King’s classic novel. Nope, the man was all but a pariah on the set of the movie, too.[1]

Come on, how could we even begin to blame anyone from keeping their distance from that face?

9 Tim Curry Originally Turned Down The Role Of Pennywise 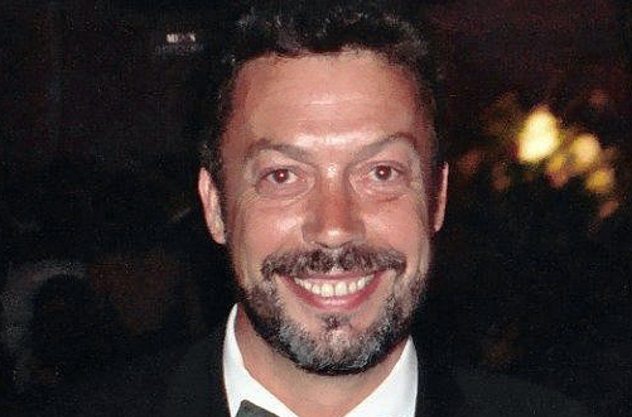 Even though Tim Curry turned in a performance of such sheer terror that he is now known among the ranks of Friday the 13th ‘s Jason Voorhees and A Nightmare on Elm Street ‘s Freddy Krueger, at one point, Curry wasn’t sure he wanted to take on the role of the shape-shifting clown from beyond the stars. Curry wasn’t too keen on being placed yet again under heavy amounts of makeup, following his most recent role as the Darkness (aka the Devil himself) in Ridley Scott’s 1985 fantasy flick Legend.

However, in a last-ditch attempt to secure Curry for the role of Pennywise—which he knew Curry would be perfect for—director Tommy Lee Wallace told him he would cut down on the number of prosthetics used to turn him into the Macroverse’s most terrifying clown. Curry agreed, and the rest is history.[2]

8 The Original Two-Part Broadcast Was a Smash Hit 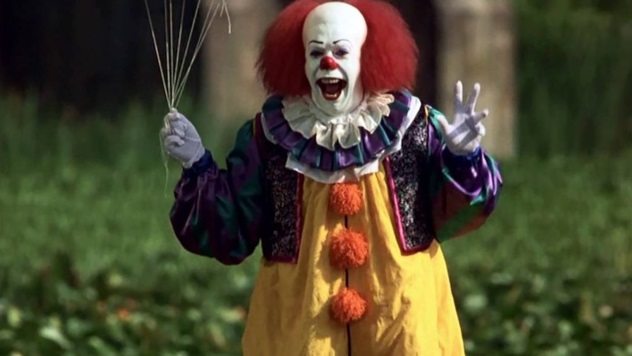 Possibly worried that such a terrifying version of King’s novel was heading straight into the living rooms of millions of viewers, ABC must have had a moment’s hesitation about whether or not their expensive two-part adaptation of IT was going to be a major flop. As it turns out, however, the results were quite the opposite.

When “Part 1” first aired on November 18, 1990, the broadcast scored a whopping 18.5 rating and was viewed by a staggering 17.5 million households. “Part 2” was even more successful, gathering up a massive 20.6 rating after 19.2 million people tuned in to see how the nightmare would end—if it ever did. “Part 2” was, in fact, the second-most-watched broadcast on the night it originally aired; Tuesday, November 20, 1990.[3]

Looks like America liked their nightmares brought express-style right to their homes via ABC and Stephen King.

7 Tim Curry Was Not A Fan Of The Ending 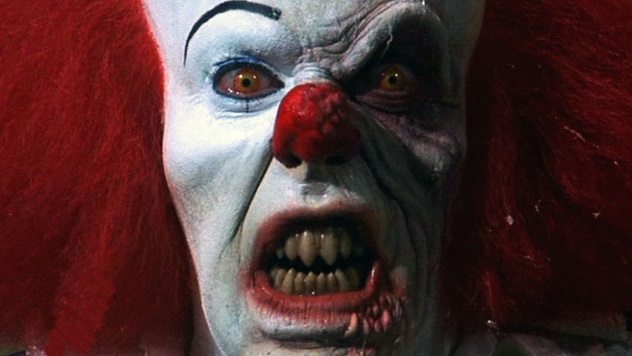 Like every other human on the planet, it turns out that even Pennywise himself (aka Tim Curry) wasn’t a fan of the way “Part 2” ended. And who could blame him? With an “unconvincing” spider taking over the visual role of It in the final half hour of the miniseries, more than a few fans were left wondering, “What?”

It turns out that the original ending to Stephen King’s novel was found to be too cerebral for network executives, so the Ritual of Chud was replaced with a puppet and a slingshot.

But we can’t blame director Tommy Lee Wallace, as he was just as disappointed with the ending as Curry and the rest of us were. The director had storyboarded something totally different, but—as always seems to be the case with TV movies—there just wasn’t enough time and/or money to pull off his original vision.[4]

6 Two Of The Miniseries’s Stars Died Tragically In 2003 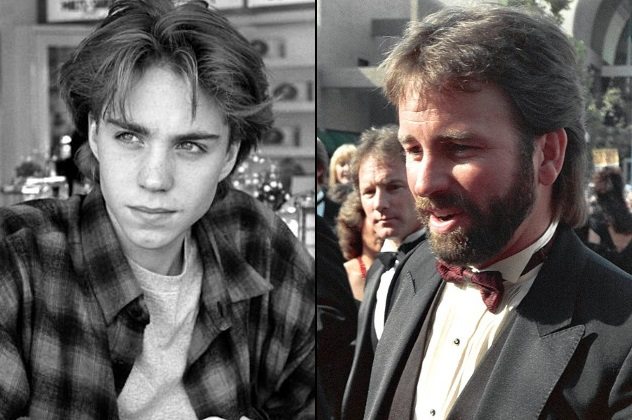 In what could be seen as a cruel bout of irony befitting Pennywise the Dancing Clown himself, in the year 2003, actors Jonathan Brandis (young Bill Denbrough) and John Ritter (adult Ben Hanscom) both passed away. Brandis tragically took his own life by hanging himself on November 12, 2003, in West Hollywood, California. John Ritter died in the same hospital where he was born after suffering chest pains on the set of his sitcom 8 Simple Rules for Dating My Teenage Daughter on September 11, 2003.[5]

On top of portraying Stuttering Bill Denbrough in IT, Brandis was known for his role in Sidekicks with Chuck Norris and a leading role in the sci-fi series SeaQuest DSV. Ritter was, of course, best known for his role as Jack Tripper in the classic sitcom Three’s Company. 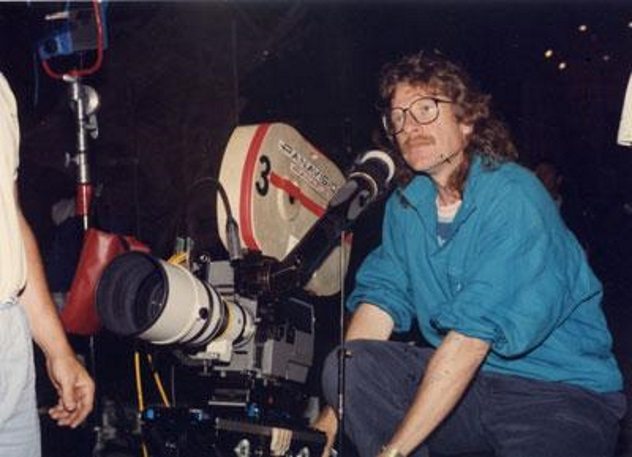 As crazy as it may sound, the director of Stephen King’s IT hadn’t read so much as a sentence from the source material when he was offered the chance to step behind the camera and helm the two-part adaptation for ABC. Wallace instead chose to merely go off what screenwriter Lawrence D. Cohn (famous for penning another King adaptation with 1976’s Carrie) had handed over to him and the network’s executives.[6]

However, years after completing his work on the 1990 miniseries, Wallace, who had worked as John Carpenter’s protege on movies such as Halloween before graduating to directing himself with Halloween III: The Season of the Witch, finally read King’s novel. After giving the massive book a look through, Wallace admitted that his miniseries never reached the heights (and sheer terror) of Stephen King’s magnum opus. I think we’d all have to agree with him on that one.

4 IT Was Almost A Ten-Hour Miniseries Directed by George A. Romero 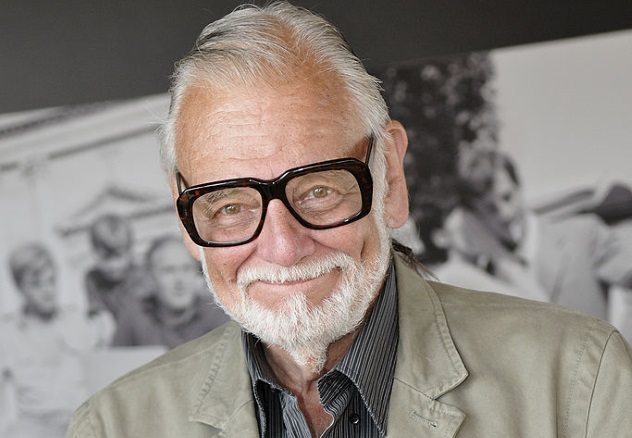 In an interview with horror news site Shock Til You Drop, Lawrence D. Cohen dropped the bombshell that before ABC hired Tommy Lee Wallace, another famous King collaborator was considered. Night of the Living Dead and Creepshow director George A. Romero was originally set to take the helm of the network’s then-five-night, ten-hour take on King’s novel.[7]

As fate would have it, however, ABC executives became increasingly worried about the novel’s horrific and disturbing subject matter and cut the film down to its two-night, three-hour length. Unhappy with where the network’s careless trimming of King’s novel was heading, Romero chose to leave the production, leaving us all to sit around and wonder for years and millennia to come just how amazing a George A. Romero–directed version of Stephen King’s IT would have been. Please, try not to cry thinking this over.

3 The Film Premiered the Same Year Bill Skarsgard Was Born 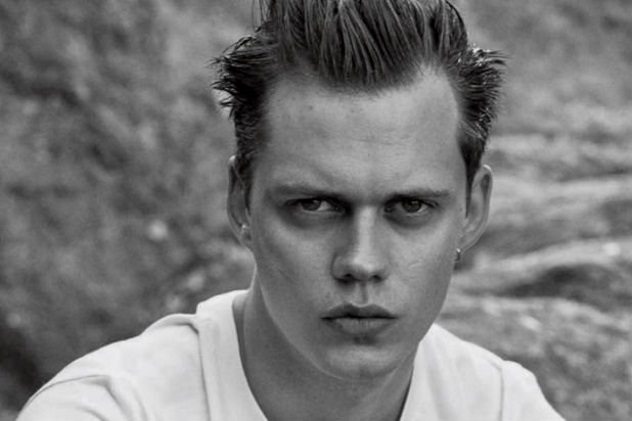 As of the writing of this article, director Andres Muschietti’s feature film adaptation of IT has yet to hit screens. But that doesn’t mean there is a single human on the planet at this point who doesn’t think that Swedish actor Bill Skarsgard is truly terrifying as the new Pennywise. But in a fun piece of trivia to impress your friends with, Skarsgard was born on August 9, 1990, a mere three months before Tommy Lee Wallace’s two-part ABC adaptation originally hit the airwaves.[8]

We can assume that, just like the rest of us, there was a moment in young Bill Skarsgard’s life where someone, probably his older brother Alexander, tricked him into watching a movie with a little boy in a yellow rain slick, chasing his paper boat down a gutter swollen with rain.

And that puts an epic smile upon our faces.

2 Roddy McDowall And Malcolm McDowell Were Considered For Pennywise 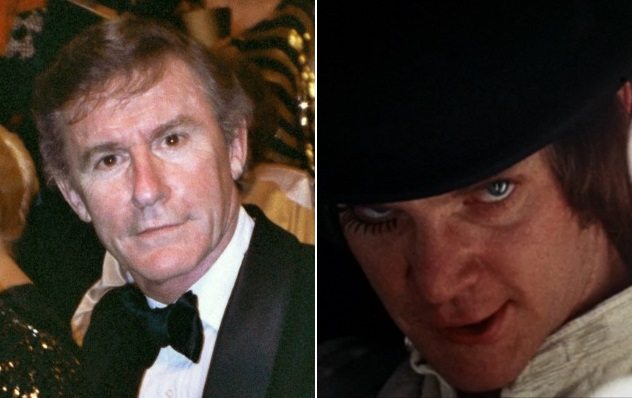 Yes, as crazy as it is to think of anyone else donning the red nose and shock-red hair of Pennywise the Dancing Clown other than Tim Curry (or Bill Skarsgard), it turns out that the producers of the 1990 miniseries had a few other actors in mind for the role. Both Fright Night ‘s Roddy McDowall and A Clockwork Orange ‘s Malcolm McDowell were considered for the role of the now-infamous shape-shifting clown with a series of severe dental issues.[9]

While in the end it was (thankfully) The Rocky Horror Picture Show ‘s Tim Curry who landed the role of that clown in the sewers, we can’t help but think just how potentially amazing Alex DeLarge (aka Malcolm McDowell) would have filled in for King’s most nefarious villain.

But still, Curry was more than proficient in the role. No one here is complaining.

1 Alice Cooper Was Also Considered For The Role Of Pennywise 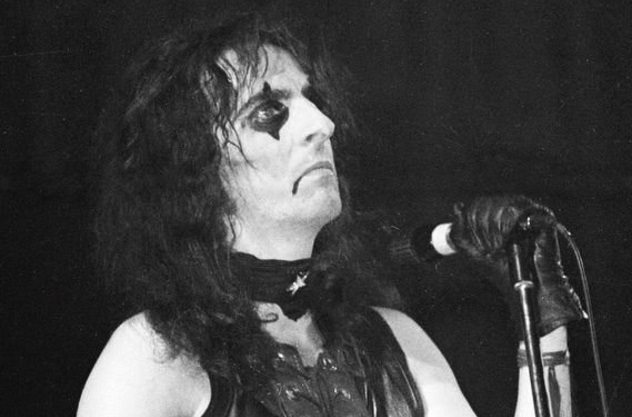 Yes, you could argue that this entry could have been part of the previous entry, but we think the idea of Alice Cooper slapping on the clown suit bares an extra bit of attention. Truthfully, we’re not too sure just how serious the film’s producers were about casting Cooper as Pennywise, but either way, this makes for a great bit of trivia.[10]

Seriously, take a moment and consider what the dirty diamond would have done with such a meaty role. Even though we will never get a glimpse of just what theatrics Cooper would have had in store for us with his portrayal of Pennywise, we’re sure we would have loved it to death.