In today’s society, fortune-telling typically involves tarot cards, palm reading, and horoscopes. These modern practices are tame compared to what went on in the past. Throughout history, people have been just as obsessed with trying to figure out what will happen in the future as they are today.

In ancient times, many different forms of divination were practiced by oracles and soothsayers all over the world. Here are ten techniques to see the future that have long since been forgotten. 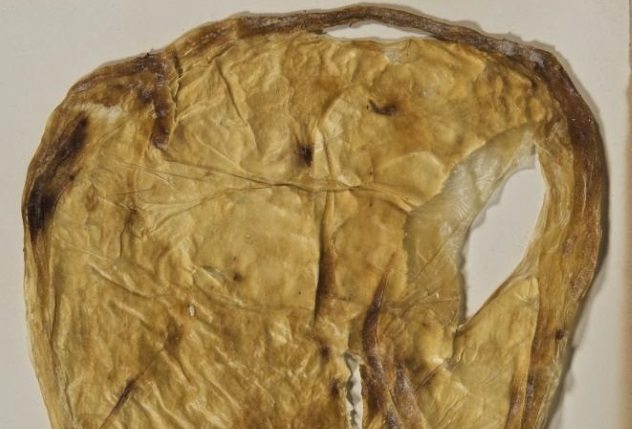 When a baby is born, it sometimes has a caul, which is a membrane covering the head. This is rare, only happening to one out of every 80,000 babies born. In ancient times, if a baby was born with a caul, fortune-tellers claimed that it would reveal a lot about the child’s future. If the caul was red, it meant that the baby will live a happy life, but if it was blue, the child going to have something horrible happen to them in the future.[1]

In Poland, there was a legend that a child born with a caul over its head would grow up to be a vampire. The only way to prevent this horrible destiny would be to dry out the caul, save it until the child’s seventh birthday, and force-feed it to them. Some parents would grind it up into a powder and hide it inside the cake, while others probably made their kids eat their own seven-year-old amniotic membrane like it was beef jerky. Cauls also became a popular superstition during the Victorian era. They were dried up and sold to sailors as a talisman that was supposed to protect someone from drowning. 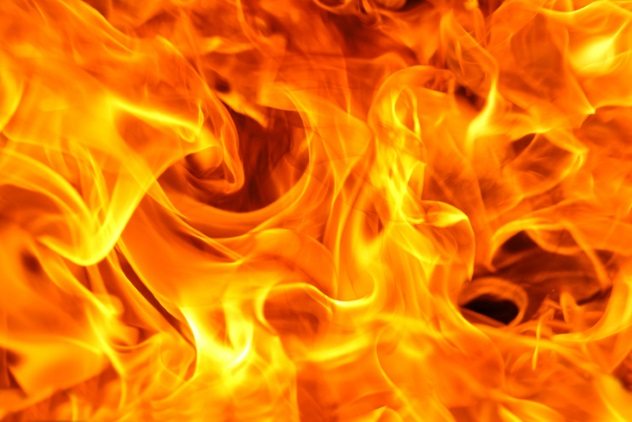 In ancient Greece, followers of the god Hephaestus believed that they could communicate with him through fire. Similar to a crystal ball, some people would stare into the flames and claim that they could see the future. Pyromancy is fortune-telling with flame, but many seers did more than just stare. The shape of the fire was also considered a sign from the spirits of future good or bad news.

If an object was thrown into a fire, the way it burned would predict the future. If it burned quickly without producing a lot of smoke, that meant that the future would have a good outcome. Conversely, if a fire was difficult to start, it was seen as a very bad omen, predicting a terrible tragedy was about to occur. Today, it only makes sense that certain objects like leaves and paper produce a lot of smoke and that chemical reactions can even produce colors in the flames. However, every reaction of the fire was seen as communication with the gods. An ancient text read, “If the offerings sputter and do not burn, Hephaestus will not cooperate.”[2] 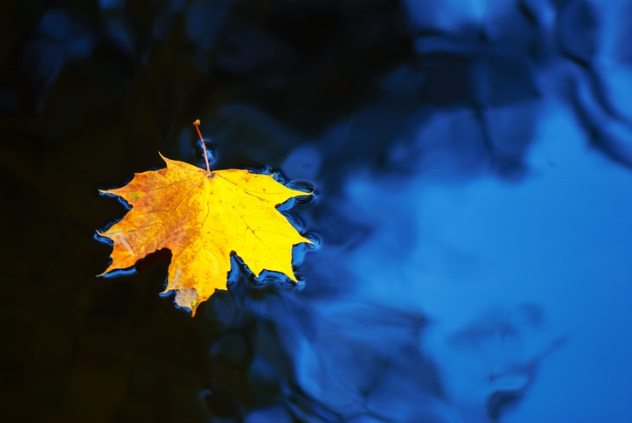 Cherokee Native Americans would consult a medicine man, or “long man,” every time they wanted to know about the future. It wasn’t uncommon for an entire family to visit the long man, who would always live near a river. He would cast a spell and ask for a sign about the family’s future. If the river continued to flow and nothing happened, it was a sign of long life and prosperity, guaranteed for at least the next seven years. However, if a log or even a tiny leaf began to float down the river, it meant that there would be a death in the family in the near future.[3]

Another technique used by Cherokee medicine men was analyzing the movement of beads. Similar to a Ouija board, the medicine man would claim that the beads moved in between his fingers all on their own. Depending on the behavior of the beads, he could predict whether a woman would say “yes” to a man’s proposal to be his wife. 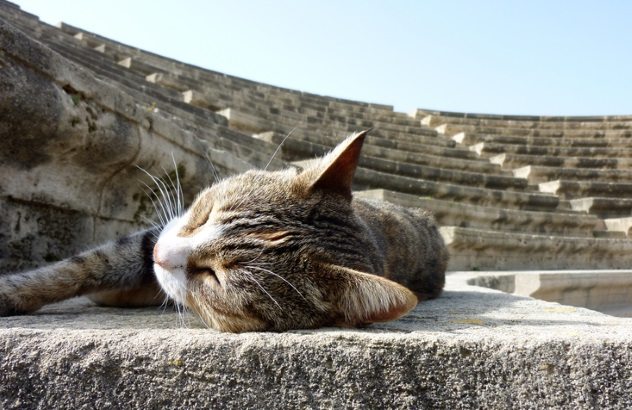 In many cultures, the behavior of animals was taken into account as a sign of the future. In ancient Greece, Alexander the Great took advice from a seer named Aristander. One day, Alexander was about to make an animal sacrifice to the gods in exchange for victory in battle. Suddenly, a large bird swooped over the sacrificial altar and dropped a rock on the king’s head. Aristander was there, and he predicted that the omen meant Alexander would win the battle regardless, so there was no need to kill anything else as a sacrifice.[4]

There were specific types of zoomancy, depending on the animal. For example, cats have always been symbols of witchcraft. The study of cats’ behavior was called ailuromancy. There is actually some truth to the idea of ailuromancy, since modern scientists know that dogs and cats can predict when an earthquake or hurricane is approaching. 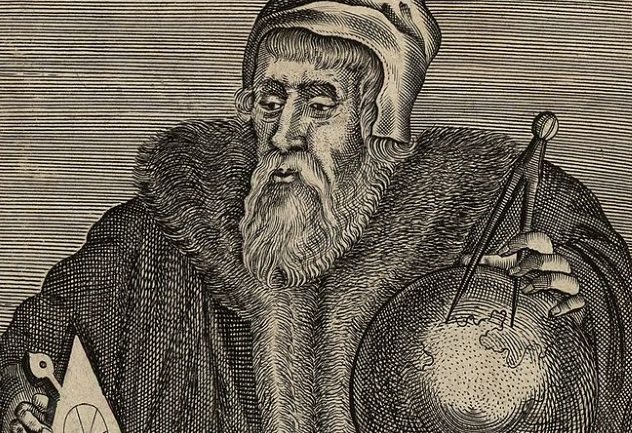 From circus fortune-tellers to wizards, crystal balls have been an iconic way that psychics tell the future. The proper term for this is “scrying,” and it can actually be done in any flat, reflective surface. This includes mirrors, water, and crystals.

In the 16th century in England, Queen Elizabeth’s advisor, John Dee, was known for using a crystal ball to see the future. He predicted that Elizabeth’s sister, Mary, was going to die, and Elizabeth would ascend to the throne. He was thrown into jail for practicing witchcraft. Three years later, his prediction actually came true. Elizabeth immediately removed him from jail and made him her advisor.

Elizabeth wrote a new rule that any divination that John Dee practiced was considered to be “white magic” from God. Dee embraced this and dove deeply into practicing the occult. He drew strange symbols, claiming they were a language taught to him by angels. Today, his crystals and other fortune-telling artifacts are on display at the British Museum in London.[5] 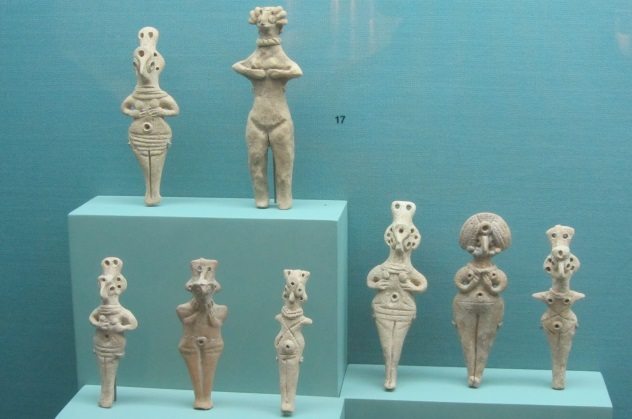 In ancient Egypt, giant stone or metal statues were built with the sole purpose of using them in divination rituals to predict the future. This practice is also sometimes referred to as idolomancy, or praying to idols. The major difference is that the automata were big enough to sit in the middle of a town square, while idols were smaller and kept inside the home. Oracles were people who were gifted with the ability to predict the future. They believed that spirits would inhabit these statues, and if they prayed to the automata, the answers to their questions about the future would manifest through their dreams.

In ancient Israel, these idols were called teraphim. They are mentioned in the Bible, when Rachel takes her father’s teraph. Some believe that these idols were made in the image of ancestors and were essentially haunted by ghosts that looked after them.[6] Others used the teraphim to seek their fortune, just like the automata. 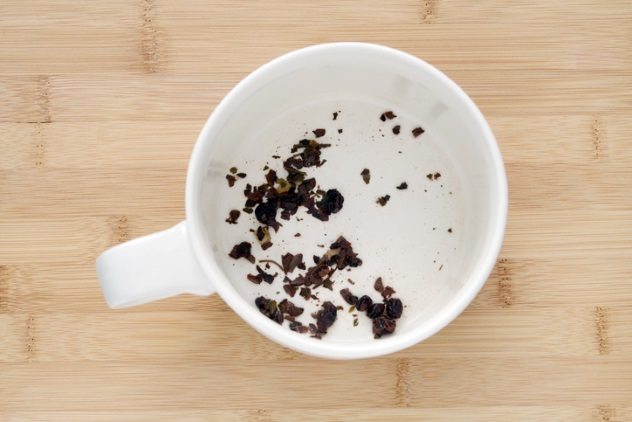 In ancient China and the European Middle Ages, fortune-tellers practiced tasseography, which is the art of reading tea leaves. Drinking a cup of tea made from loose leaves causes small bits of leftovers to sit at the bottom when the liquid is gone. The interpretation of the shape the tea leaves make is almost like a Rorschach test. Depending on what the fortune-teller sees, it can apparently reveal a lot about your future.

For example, if the leaves make the shape of a snake, it means there is someone untrustworthy who will cause issues in the near future . . . but if those same curvy lines are interpreted as “mountains” instead, it foretells a future journey or an obstacle that may be in the way of a goal. If there are multiple shapes that appear in the cup, any leaves that form near the rim of the cup are the immediate future. Anything that settles into the center of the cup is the distant future. By the 18th century, fortune-tellers in Italy were doing similar predictions with coffee.[7] 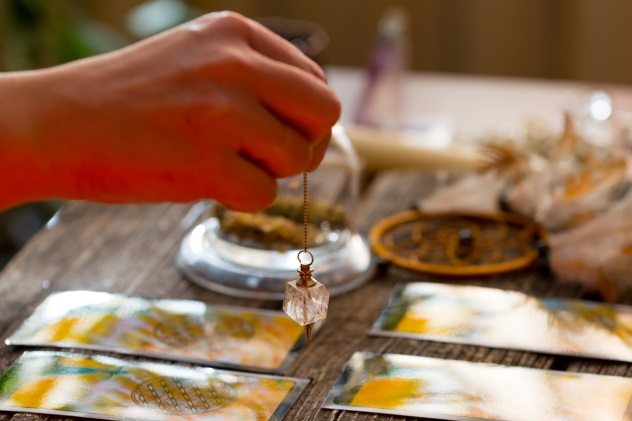 The basic idea behind casting lots is to get answers to questions about the future utilizing objects that represent straightforward answers, like “yes,” “no,” and “maybe.” The idea has spread throughout multiple cultures. Some examples of the objects used include shells, sticks, paper, or even beans. Sometimes, people would use a pendulum, which was some sort of crystal or object hanging from a string. The direction in which swings will give “yes” or “no” answers.

Versions of this are still used today, with the Magic 8-Ball toy and the paper fortune-teller game made by elementary school children. There is also a superstition that the pendulum technique can be used for predicting the future gender of a child when a woman is pregnant. Eventually, the vast majority of divination would be labeled as “demonic,” but Christians would carry on this tradition of casting lots, which they decided to call cleromancy, saying that it was predicting the will of God.[8] 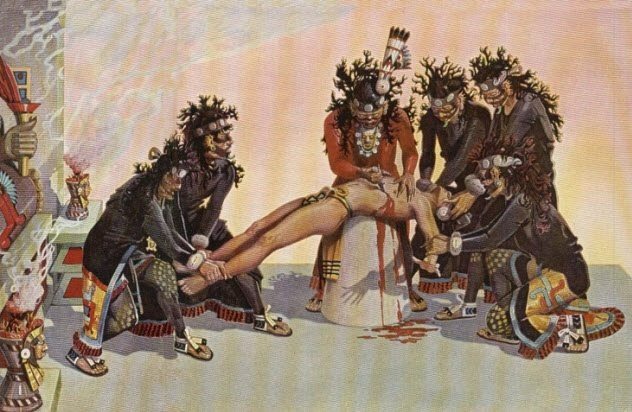 The Aztecs and the Incas were notorious for human sacrifice, but they weren’t always just an offering in order to appease the gods. “Anthropomancy” very literally means “man prophecy.” Children and babies were sacrificed for the sake of anthropomancy, or studying the entrails of a dead human being in order to predict the future. The victims had to suffer through a slow death of having their chest cut open and their organs spilled out of their body. The omens that predicted the future were based on how the organs were arranged and how the victims reacted as they died.[9]

This also happened in ancient Mesopotamia and Japan. Similarly, in ancient Greece, they practiced splanchomancy, which is the sacrifice of a young virgin woman as a form of divination. Other societies studied the entrails of animals to predict the future as well. 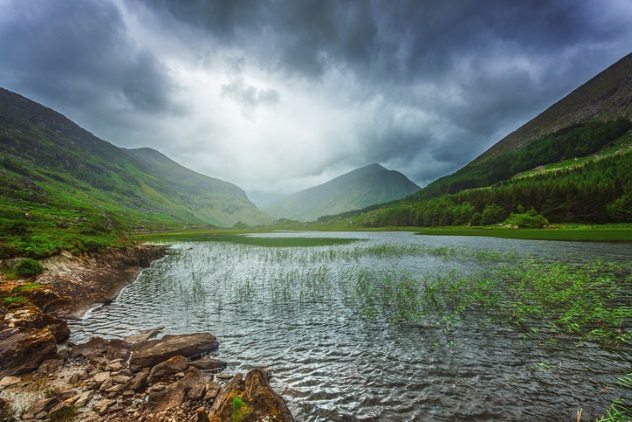 The ancient Irish tradition of divination used the air, stars, and wind. Today, it is called chaomancy, and it covers most events in nature. During bad winds and storms, the damage done to plants and homes was seen as an omen. Sometimes, leaves would be sitting on the ground with some kind of strange residue on top. This was a particularly bad sign that some kind of illness was about to fall on the family. Some mystics also claimed to hear voices in the wind that would foretell if someone was going to die.[10]

Even when there was no storm, chaomancy was used in the form of observing the shapes of cloud formations, similar to the interpretation of tea leaves, in order to predict the future. Comets and changes in the stars were a huge deal as well, predicting chaos or good fortune, depending on whatever event was happening at the time. In its own way, chaomancy seems to have been a very early form of meteorology, studying how clouds and wind will predict what sort of weather is coming.

Read more about odd fortune-telling methods on 10 Weird Fortune-Telling Methods From History and 10 Truly Strange Ways To Read Your Fortune.