Throughout the ages, scientists have sought to explain the unexplainable, to shed light on the shadows of the universe’s mysteries. However, an innumerable amount of ideas have been and will continue to be proven wrong. For example, we used to think the Sun revolves around the Earth and that our planet is flat (some holdouts notwithstanding).

To quote American historian Will Durant: “Education is a progressive discovery of our own ignorance.”[1] Having said that, here are ten interesting but discredited theories. 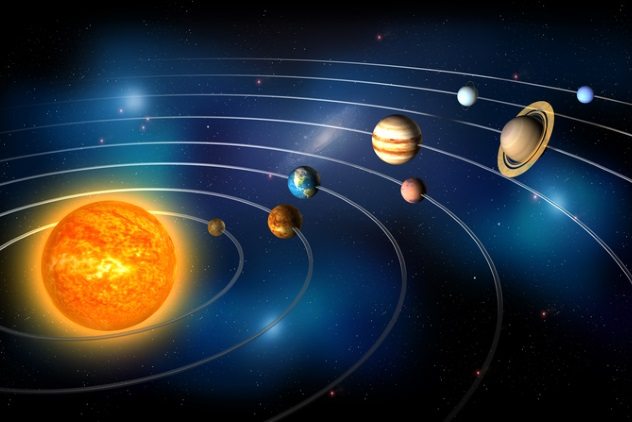 Otherwise known as the Titius-Bode law, this particular hypothesis was used to predict the spacing between the planets in our solar system. (It’s basically a simple numerical formula.) German astronomer Johann Daniel Titius was the first to create the empirical rule, which seemed to reliably predict the distances of each planet from the Sun. In fact, the law even proposed the existence of an unseen planet between Mars and Jupiter, which turned out to be the asteroid belt.

At the time of Titius’s theory, 1766 to be exact, Uranus and Neptune were as yet unobserved. Shortly after the hypothesis was unveiled to the public, a fellow German named Johann Elert Bode took ownership of it, popularizing it much further, especially after it was proven to work with Uranus’s orbit. (The planet was documented in 1781.) However, in 1846, upon observation of the planet Neptune, Bode’s law was proven to be nothing more than a mere coincidence, a numerical curiosity of nature.[2] 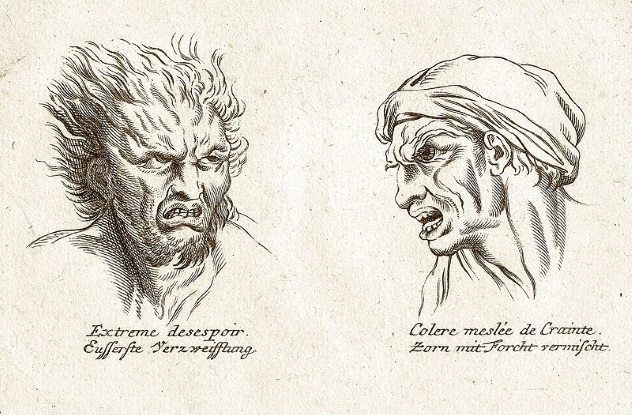 A pseudoscientific theory sharing a number of ideas with phrenology, physiognomy was the belief that psychological characteristics are tied to one’s appearance, especially within the facial features. The great mathematician Pythagoras is often seen as one of the first proponents of this theory, as he was said to have rejected students if they didn’t look gifted enough.[3] (In fact, physiognomy is derived from the Greek words physis and gnomos, which translate as “nature” and “character.”) Aristotle later wrote a treatise on the subject, with many of his examples stating if a person shared a characteristic with an animal, they had aspects of that animal’s nature. For example, those with bulbous noses were insensitive, like pigs were said to be.

Some of physiognomy’s ideas made it into the popular lexicon, even persisting to this day. When we say someone is “stuck up,” it refers to a nose which bends upward slightly, and people with this physical characteristic were said to be snooty. Eventually, people began to put the theory to the test, especially its usefulness in predicting criminal behavior, and it was shown to be patently false. By the 20th century, it had been completely debunked. 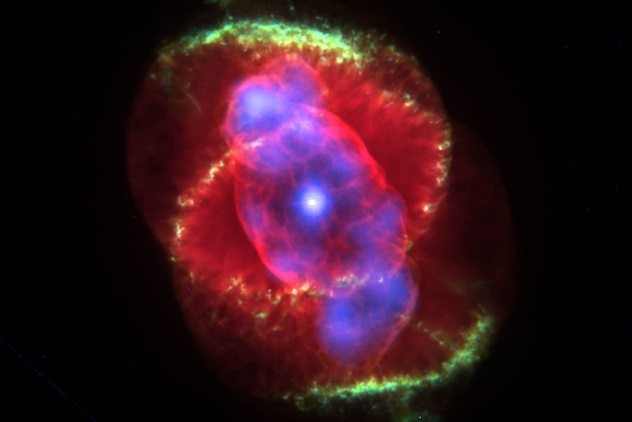 In 1864, the science of spectroscopy, the study of the interaction between matter and electromagnetic radiation (including visible light), was relatively new, especially where astronomy was concerned. So when English astronomer Sir William Huggins was observing the Cat’s Eye Nebula and saw two green spectral lines which should have been impossible, he proposed the existence of a new element to explain it.

He dubbed it nebulium, and it remained an accepted hypothetical solution until 1927, when an American astronomer proved it was actually oxygen and nitrogen ionized in a way which would be impossible on Earth.[4] Though it was an elegant solution to the problem, scientists continued to search for the elusive nebulium, comparing every new element to the details Huggins had observed. Eventually, as the periodic table was filled out, the theory was discredited.

7 Out Of Asia Theory 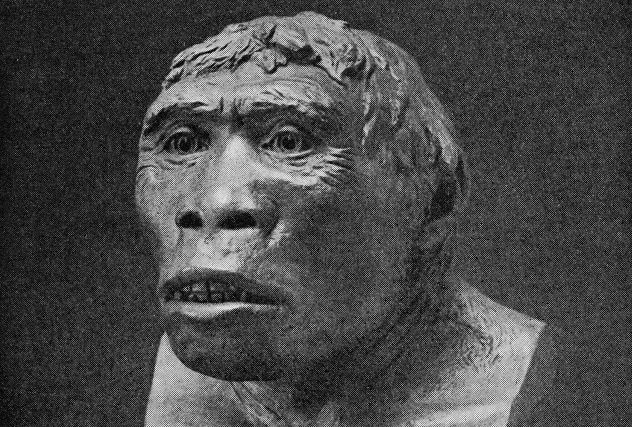 Though it still has its adherents, the Out of Asia theory for the origin of modern humans has largely been sidelined in favor of a number of other theories, chief among them being the Out of Africa theory. Beginning sometime in the late 19th century, fossil finds in Asia began to lead many scientists to change their preconceived notions about human evolution.[5] The unearthing of Java Man in 1891 propelled the Out of Asia theory to the front of everyone’s minds, with subsequent finds seemingly adding fuel to the fire.

However, the 20th century brought a number of new early hominins, especially Homo erectus, all in Africa, and the Asia theory fell out of favor. It is still part of the multiregional model of human evolution, though that theory doesn’t have nearly as many supporters. Having said all that, it only takes one new fossil find to force scientists to change their accepted theories, and recent developments, such as those concerning Graecopitheucs freybergi, have only made things cloudier. 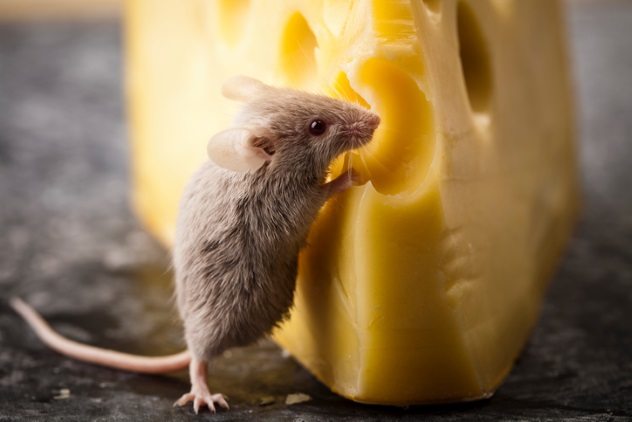 In another example of scientists stuck working with the tools in their hands, spontaneous generation was a theory more or less proposed by Aristotle. (It’s also an example of scientists struggling to debunk the hallowed Greek philosopher.) Basically, the theory sought to explain how living organisms seemed to develop from nonliving materials. One of the more popular, and fanciful, examples was that cheese and bread wrapped in rags and left in a dimly lit corner would produce mice.

One of the first scientists to take on the long-held belief was Francesco Redi, an Italian physician, in 1668.[6] Simplified, he showed that maggots only appeared on meat which was either exposed to the air, thus allowing flies to land on it, or placed in a jar with live flies. Still, the idea persisted. It took until 1859 for experiments under the direction of famed French chemist Louis Pasteur to conclusively prove the theory was false. 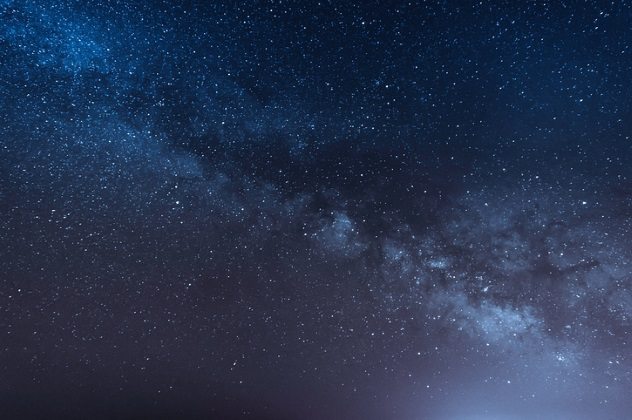 Yet again, a debunked Aristotle theory. In his writing entitled Physics, Aristotle described the aether as a lighter-than-air substance which surrounded all celestial bodies. By the 19th century, scientists had filled space with an undetectable substance dubbed luminiferous aether, so as to separate it from Aristotle’s original theory. It was used to explain a number of things, including Mercury’s orbit and, especially, the ability for light to travel in space. Inexplicably, scientific publications also detailed physical properties of the luminiferous aether, though no one had ever seen it.

However, the Michelson-Morley experiment in 1887, designed to detect whether or not the luminiferous aether affected the speed of light, found no evidence to support the theory.[7] Nevertheless, scientists were unable to accept the findings. It took until Einstein introduced the theory of relativity for the majority to slowly change their minds. 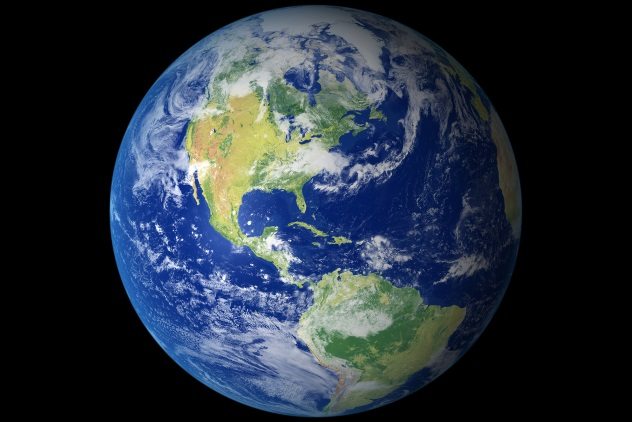 Toward the beginning of the 20th century, scientists began to collect data which seemed to show that the Earth’s crust continued to move, both horizontally and vertically, drifting away from the accepted views of the 19th century.[8] By 1956, expansions of the theory had detailed that the continents of today were actually once the crust of a smaller planet. (You can thank Laszlo Egyed, a professor in Budapest, for that nugget.)

Eventually, the now-popular theory of plate tectonics superseded the expanding Earth theory, which fell to the wayside. Study after study slowly began to prove that Earth was not expanding, including a massive endeavor utilizing space measurement tools performed by NASA. On a technical note, the Earth is actually growing, as nearly 100 tons of meteoroids come to the ground every day. However, this amount is so minuscule as to virtually not matter.

3 The Island Of California 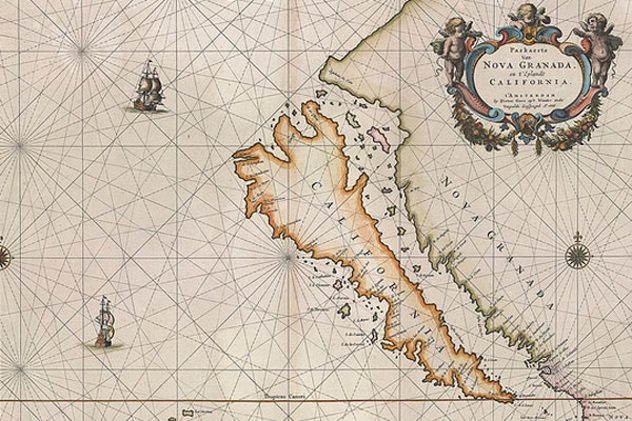 First introduced to the world by the mind of Castilian author Garci Rodriguez de Montalvo, the idea of an island to the east of the Indies fascinated people like no other. The novel details piles of gold, dangerous guardian beasts, and beautiful black Amazonian women. In fact, Spanish explorer Hernan Cortes believed in the idea so strongly that he ventured to the western coast of North America hoping to prove it. A mutinous pilot named Fortun Ximenez was the first European to land in Baja California, though he was killed shortly after landing by the native population.

When Cortes finally made it there himself, he declared the land he found to be an island, dubbing it California. Though California was quickly proven not to be an island, the theory persisted for decades, perhaps because of the secrecy involving Spanish nautical maps.[9] However, the idea was put to rest for good when King Ferdinand VI of Spain proclaimed it to be false in 1747. Having said that, there were some maps in Asia which featured the island as late as 1860. 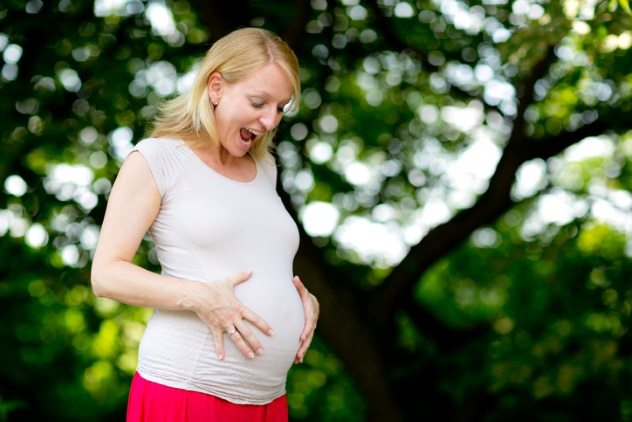 Similar to the idea that animal characteristics could be transferred through infant suckling, the theory of maternal impression held that any strong emotions which the expectant mother felt during her pregnancy would affect her unborn child in some way. One example comes from the ancient Greek physician Galen, who theorized that a pregnant woman need only look at an image of a person to give that person’s characteristics to their child.

To prove we’re no better than our forebears, stories of maternal impression lasted into the 20th century.[10] One example involved a young married couple and a frog. Mortally afraid of the amphibians, the wife was startled beyond belief when her husband tossed one at her playfully. She caught it with her hand, and lo and behold, her baby was born with a growth on the same hand, one which was said to resemble a frog. Birthmarks were a common theme in stories of maternal impression, and it wasn’t until genetic theory took hold that this particular idea was discarded. 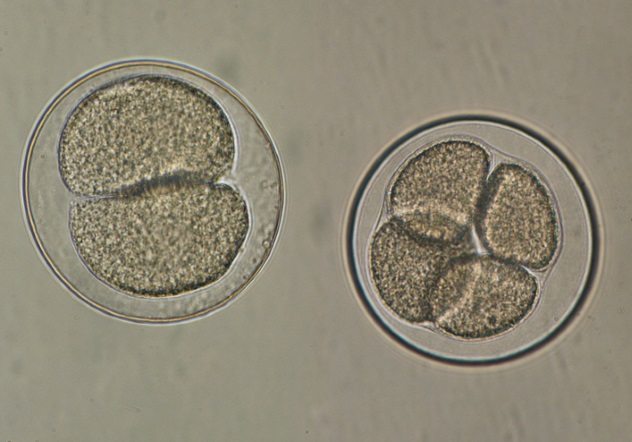 Otherwise known as biogenetic law, recapitulation theory was first formulated by German scientist Ernst Haeckel in 1866. In layman’s terms, he believed the development of an embryo matched the evolutionary development of an organism’s ancestors. He even had a catchy motto, scientifically speaking: “Ontogeny recapitulates phylogeny.”[11] The single-celled fertilized ova we begin as were believed to refer to amoeba-like ancestors, with later stages resembling different creatures such as fish.

Unfortunately for Haeckel, the evidence was mounting up against him, even as he tried to manipulate the data to still fit. For example, he omitted the echidna’s early limb buds even though it was widely known that they existed. Example after example came up, but Haeckel and his supporters continued to claim they were merely exceptions to the rule. In the end, modern genetics put the final nail in the coffin of recapitulation, proving that changes in embryos were powered by genes, not evolutionary ancestors.

For more knowledge that just isn’t true, check out 10 Debunked Scientific Beliefs Of The Past and 10 Lies Taught To Us In School.