Sometimes, the small things about movies make them just that much more interesting and enjoyable. Like when you find a hidden Easter egg or a reference to your favorite character or scene from another film.

Likewise, it’s fun to discover little details about the production and cast that your friends might not know. It’s more interesting to watch the end product, and it never hurts to know some movie trivia at your next party. Here is some of that intriguing trivia from popular movies that were released in the 2000s. 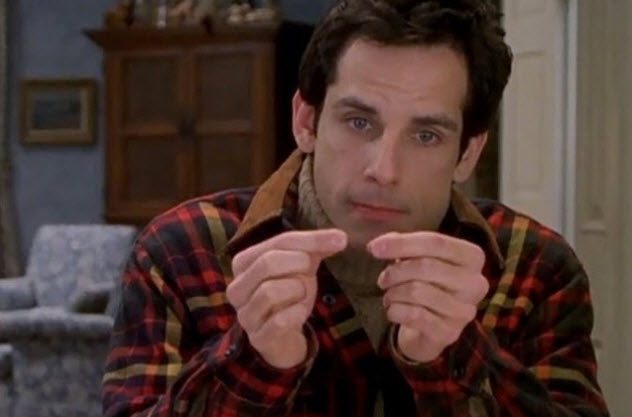 Starring Ben Stiller and Robert De Niro, Meet the Parents hit the big screen in 2000. The movie was a massive hit, raking in more than $300 million worldwide. Following the success of the comedy, NBC came up with the idea to air a reality TV show called Meet My Folks in which a suitor has to undergo a lie detector test and interrogation by his girlfriend’s father.

It’s hard to imagine anyone else playing the character of Gaylord Focker. However, the original lead actor chosen for this role was Jim Carrey under the direction of Steven Spielberg. When both pulled out of the production, it was decided that the name would be kept.[1]

On a stranger note, in 2005, a flight attendant found a crumpled napkin aboard an American Airlines plane 40 minutes into a flight to Puerto Rico. The napkin had “bomb, bomb, bomb . . . meet the parents” written on it (a reference to Ben Stiller screaming “bomb” while being detained at a airport in the movie).

The pilot turned back to Fort Lauderdale. There, a bomb squad and the FBI were waiting to question passengers about the note. 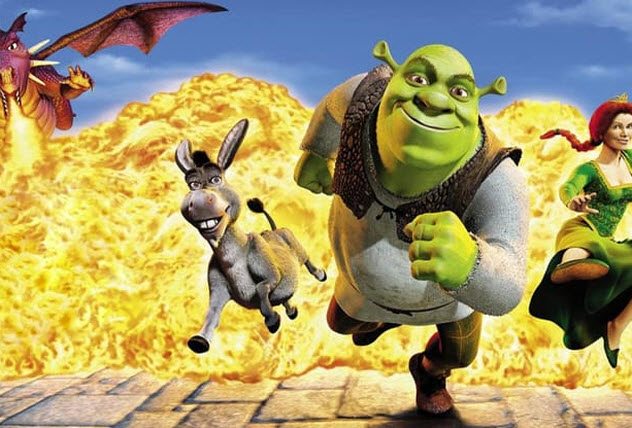 Released in 2001, Shrek is based on a fairy-tale picture book of the same name dating back to 1990. It took almost five years to complete the computer animation after DreamWorks scrapped the idea of using the claymation technique. Shrek cost $60 million to make and ended up grossing almost $500 million in cinemas worldwide. The movie also went on to win the first Oscar for Best Animated Feature.

It is very difficult to hear Shrek in any voice other than that of Mike Myers. However, the role originally belonged to Chris Farley. He had more than 80 percent of his dialogue recorded before passing away suddenly in December 1997. He was only 33 years old.[2]

On a much lighter note, it is said that the one and only Nicolas Cage passed on the role of Shrek “because he didn’t want to be an ugly ogre.” 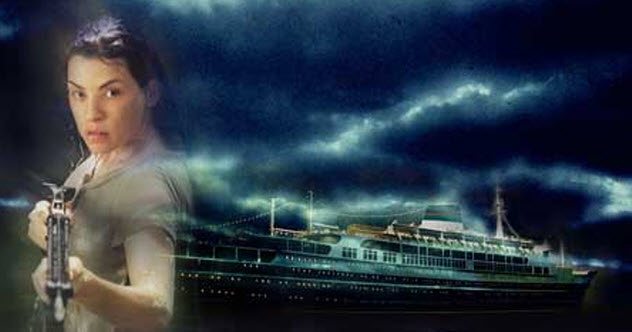 The horror film Ghost Ship failed to resonate with audiences and critics alike, scoring mainly negative reviews all around. The movie earned only $68 million worldwide after its release in 2002. However, as is the case with many horror movies, Ghost Ship gained a cult following of fans who especially appreciate the soundtrack and opening sequence.

After the film was released, the lack of hype may have happened because the movie was originally meant to be a psychological thriller as opposed to a ghost/horror film. The producer made extensive changes to the script.[3]

Also, the opening sequence loved by fans was debunked by MythBusters, which couldn’t get a snapping cable to cause the kind of damage that occurred in the movie. A snapped cable is seen cutting through limbs and necks when this could not happen in reality.

In the film, the Antonia Graza was based on a real-life Italian cruise ship called SS Andrea Doria. In 1956, the Andrea Doria was en route from Italy to the US when she crashed into the MS Stockholm in thick fog.

The Andrea Doria took 11 hours to sink. She was listing to the starboard side, so half of her lifeboats were out of reach, resulting in the loss of 46 lives. 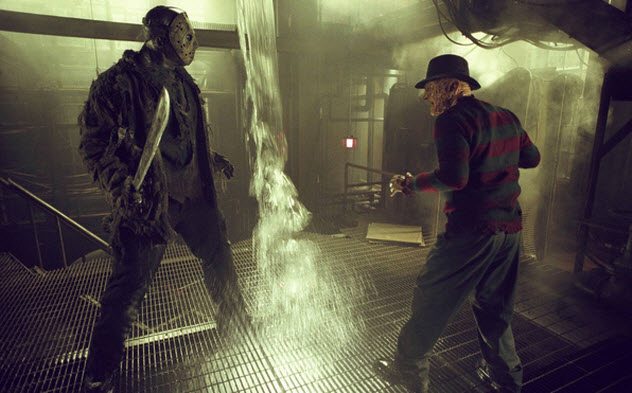 Freddy vs. Jason earned $114 million worldwide in 2003. It was the highest-grossing installment in the Friday the 13th series and the second highest in the Nightmare on Elm Street series. It was Robert Englund’s final appearance as Freddy Krueger and also introduced singer Kelly Rowland to the world of acting.

Some fans may not know that the character Tommy Jarvis was meant to star in Freddy vs. Jason. But his story line was cut as it would have made an already long story even longer.[4] There was also early talk of a plot twist where Freddy turns out to be Jason’s father, but the scriptwriters realized in time that the idea didn’t really make sense.

In yet another sad tale, the character of Will was originally given to Brad Renfro. But he was fired from the production a week before shooting was due to start when he turned up on set “completely strung out.” The role was then given to Jason Ritter. In 2008, Renfro was found dead from a heroin overdose at age 25. 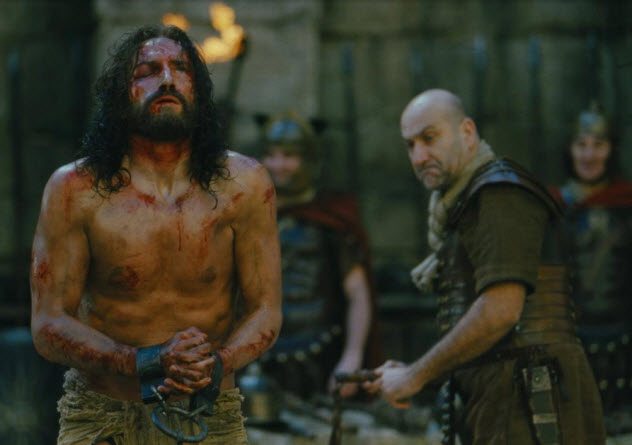 The Passion of the Christ is a controversial biblical drama from 2004 that drew criticism for its excessive violence and for allegedly promoting anti-Semitism via subliminal means. Still, it grossed more than $600 million at the box office and remains the most profitable non-English language movie in history.

Jim Caviezel, the actor who portrays Jesus in the film, had a rough time on set. He was whipped twice by accident and was struck by lightning twice. During the scene in which he had to carry the cross, he separated his shoulder.[5] At the time, he wouldn’t have been blamed for wishing that the role had gone to the first-choice actor, Macaulay Culkin.

Causing more controversy, tickets in Malaysia could only be sold by Christian churches. In another bit of trivia, the film broke the record for most presold tickets ever. 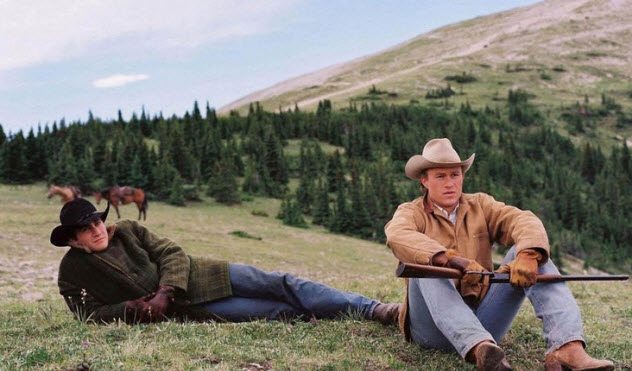 Brokeback Mountain was adapted from a short story by Annie Proulx and directed by Ang Lee. It won numerous awards, including three Oscars, but lost the Best Picture Oscar to Crash. Brokeback Mountain played in theaters for more than 130 days and grossed $178 million worldwide.

Some may not know that Jake Gyllenhaal had to attend a “cowboy training camp” to convincingly wrangle sheep, chop wood, and ride horses. Ang Lee also had numerous sheep-related problems while shooting the film. This led to many sheep being replaced by digitally animated versions.[6]

Throughout the movie, the late actor Heath Ledger spoke in a peculiar fashion—with pursed lips and hardly opening his mouth. While many thought that this was an acting choice, it has been revealed that he was actually trying to prevent flies from getting into his mouth. 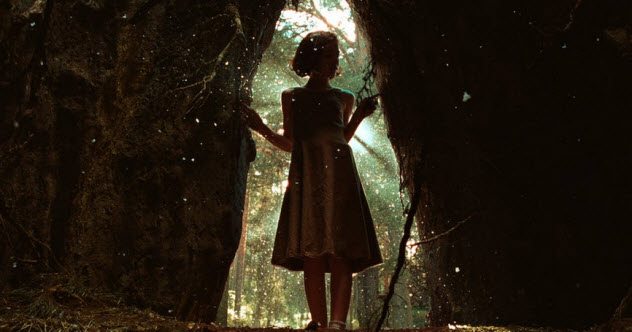 In 2006, a dark fantasy film called Pan’s Labyrinth premiered at the Cannes Film Festival before hitting cinemas worldwide. Despite only grossing $83 million, the film garnered critical acclaim and won a host of awards, including three Oscars. It also remained the highest-grossing Spanish-language film in the US for seven years.[7]

Filmmaker Guillermo del Toro almost had a disaster on his hands when he left a notebook crammed full of four years’ worth of notes, character details, and plot information about the movie in a cab. Fortunately, the cabdriver found the book and was able to locate del Toro at his hotel to return it.

Del Toro also refused to shoot the movie in Hollywood due to a bad experience filming Mimic in the 1990s. So Pan’s Labyrinth was shot in Spain during a drought. This brought its own set of problems because the location was meant to look like a forest. Artificial grass and other greenery had to be used to cover up the lack of vegetation. 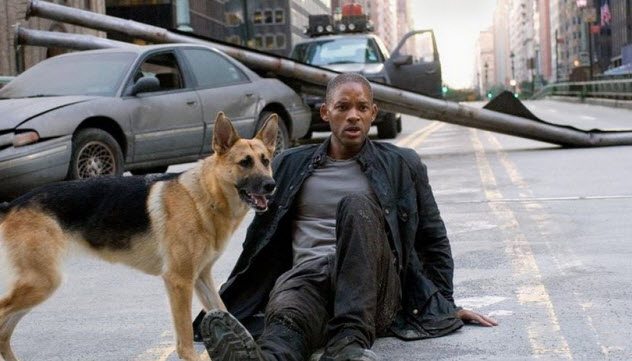 Guillermo Del Toro was approached by Will Smith to direct I Am Legend, but he passed to make Hellboy II. This was after Smith got the role that could have initially gone to Tom Cruise, Mel Gibson, or even Michael Douglas. Released in December 2007, I Am Legend grossed $585 million and became the highest-grossing non-Christmas film released in the US over the holidays.

Director Francis Lawrence was on set for a week when he decided that the prosthetics for the infected were not convincing enough and opted for CGI. This increased the budget as well as the days on set. By itself, the Brooklyn Bridge collapse scene cost $5 million and took six days to film.[8]

It was revealed that Will Smith loved his costar dog, Abbey, so much that he tried to adopt her. But her trainer wouldn’t budge. Smith also made a faux pas in Japan by revealing the end of the movie to reporters during an interview.

It seems that a reboot of the movie might finally be in the works 10 years after its release. 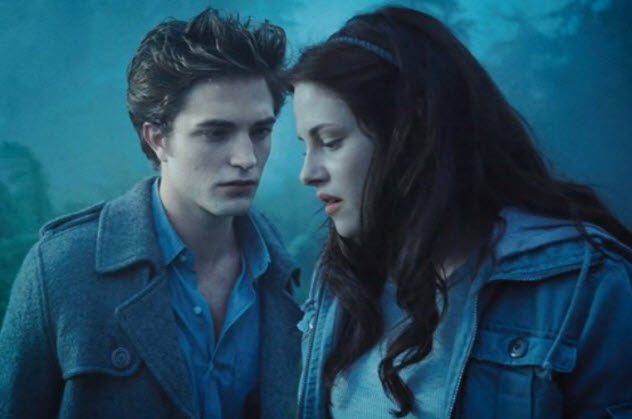 Love it or despise it, Twilight became a worldwide phenomenon in 2008 after its theatrical release. It grossed more than $393 million and became the most purchased DVD the following year.

Fans almost didn’t have a Team Edward to be on considering that more than 3,000 actors auditioned for the role. Stephenie Meyer preferred Henry Cavill, but his age was a problem.

After Robert Pattinson’s audition at director Catherine Hardwicke’s home, it was clear that he was the right one to play the melancholy vampire.[9] He was then requested to wear braces to “fix his teeth” before filming began. It is interesting to note that Pattinson planned on quitting acting a day before he got the role as Edward Cullen.

Pattinson also performed the song “Never Think” for the soundtrack. It is played during the dinner scene between Bella and Edward.

Other interesting tidbits include Jennifer Lawrence auditioning for the role of Bella, Taylor Lautner not having a clue what Twilight was about when he auditioned for the role of Jacob Black, actors in the wolf pack having to prove their Native American heritage, and Pattinson crying about having to take his shirt off during his audition. 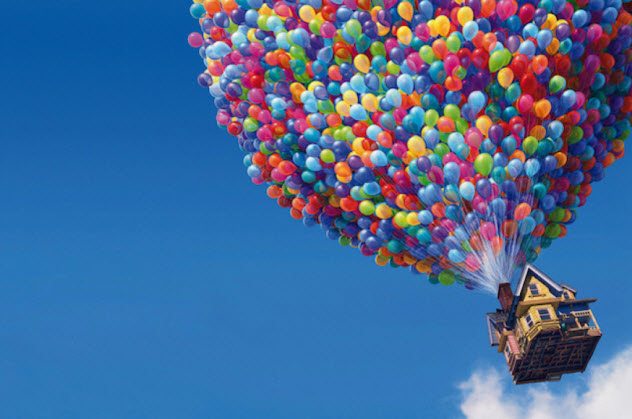 Up was released in May 2009 as the opening film at the Cannes Film Festival. It was the first 3-D and animated film to have this honor. The movie went on to earn over $730 million worldwide and garnered five Oscar nominations.

Although Up is most remembered for its heartbreaking opening sequence, it has many funny moments, too—striking a perfect balance between heart and humor. This opening sequence was originally going to have a brief dialogue with Carl and Ellie completing each other sentences.[10]

Pixar went above and beyond in their quest to perfect the film, even bringing a group of ostriches to the studio for reference. They also consulted with an architect to ensure that the scene with 10,297 balloons lifting Carl’s house from the ground could be as believable as possible.

Carl and Russell’s shapes were also deliberate. Carl is square, which indicates his stiff, introverted personality. This is made worse by the loss of Ellie. Russell is round, indicating happiness and energy.