There’s nothing so pleasurable that humanity can’t turn it into a contest. Even the joys of a simple meal have been co-opted into a sport by making consumption competitive.

Competitive eating, as it is known, has grown in recent years and has spread across the globe. There are contests for almost any food imaginable—and some things that shouldn’t be considered food. Here are ten of the weirdest, grossest, and frankly most dangerous eating contests.

Garlic munching may be a stereotypical French habit, but the World Garlic Eating Contest is held in the little English village of Chideock, which is also home to a garlic farm. Those wishing to take part in this contest must chew and swallow as many whole cloves of raw garlic as they can within one minute. Chewing allows the full and potent flavor of the garlic to be unleashed. Earlier contests gave the participants five minutes to eat as much garlic as they can. The time was shortened because in a one-minute contest, “there wasn’t enough time for it to burn the mouth.”

As a kindness to the competitors, they are allowed to wash the garlic down with water. This will do little to ease the aftereffects, though. The jokes about not eating garlic on a first date have some basis in fact. The smell of garlic comes from the compound allicin, which contains the smelly element sulfur.[1] The pungent products of allicin will be sweated out in the days following the contest.

Stinging nettles are the bane of English childhoods, and everyone remembers being stung at some point. Nettle leaves are carpeted in tiny, brittle hairs that contain a potent mixture of irritating chemicals. Brushing against the hairs delivers an immediate pain, and the chemicals are injected into the skin. Inflammation can last for hours afterward. Most people learn the lesson that nettles should be avoided, but not everyone does. It turns out that you can also take part in stinging nettle–eating contests.

Competitors sit at long tables and are faced with 0.6-meter-long (2 ft) stalks of nettles, which they are invited to strip clean of the prickling leaves using their mouths. To really savor the experience, they are given a full hour to eat as many as they can.[2] The winner in 2016 managed to chow down on 26 meters (86 ft) of nettles. He said, “It doesn’t hurt as much as you might think, you just get a tingling around your mouth.”

The contest began as a private bet between two farmers about whose nettles were taller. The loser had to eat the winner’s stalk. That the annual contest takes place in a pub may explain a lot about its origins.

What would you do to win a pet snake? One pet shop in Florida decided to test the limits of people’s hunger for snakes by making them swallow insects and worms in an eating contest. The winner was declared after consuming 60 grams of meal worms, 35 worms, and a bucket of cockroaches. Minutes after celebrating his victory, Edward Archbold collapsed outside the pet shop and died.[3]

At first, it was thought that he might have had an allergic reaction to the insects, but an autopsy showed that Archbold choked to death. Arthropod body parts had clogged his airways. During the contest, Archbold had eaten the cockroaches so quickly that he swallowed many whole and alive and had to force insects escaping from his mouth back in.

None of the other competitors became ill after the contest, and it appears to have simply been a tragic accident that could have happened from eating any food too quickly in large quantities.

Competitive eating is indeed a dangerous sport. Choking is a possibility whenever you eat, but under-chewing food and forcing it down makes it a far more likely occurrence. In 2017, two contestants in separate competitive eating events died within days of each other.

In Denver, a doughnut shop held a contest where participants had to eat a 0.2-kilogram (0.5 lb) doughnut the size of a cake in 80 seconds. The doughy texture and the speed of the challenge led to Travis Malouff dying of asphyxiation. The crowd at the contest did not immediately spot that Malouff was in difficulty, and he collapsed while still holding part of the doughnut.[4] He was pronounced dead at the scene.

Earlier, a 20-year-old student, Caitlin Nelson, had collapsed during a pancake-eating contest held by her sorority. Despite the best efforts of those present, she died in the hospital two days later.

People love to show off their ability to eat spicy food, and breeders of chili peppers like to see who can produce the spiciest pepper. Mix the two together, and you get competitive chili-eating contests where people force down ever hotter peppers.

To know how hot a chili is, they are rated on the Scoville Heat Scale. To measure a pepper’s heat, an extract of it is mixed with sugar water until it no longer gives the sensation of heat. The more the extract has to be diluted, the higher a chili’s Scoville rating. A sweet pepper rates 0, while a jalapeno is around 5,000 Scoville units. The hottest chilis in the world can have ratings in the low millions.

Choking is not the only danger in competitive eating, it turns out. In 2016, a medical journal published a report of a man who ate ghost peppers (over one million Scoville units) in a contest. Understandably retching and vomiting after this trial, it emerged at the hospital that he had developed a tear in his esophagus that, had it remained undetected, would likely have been fatal.[5]

Kismot Restaurant claims to make the hottest curry in Scotland—the Kismot Killer. Before you eat the curry, you must sign a waiver that warns you are about to consume what is probably the world’s hottest curry. It also releases the restaurant from responsibility for your bodily functions after eating and cautions you to place your toilet roll in the freezer.

In a curry-eating competition at Kismot in 2011, two competitors had to be taken to the hospital. The person who came second in the contest described eating the curry as “very painful” and said that he “felt like [he] was being chainsawed in the stomach with hot sauce on the chainsaw.”[6] The winner finished her curry and then promptly ran into the street to vomit.

The two people taken to the hospital were later released without any lasting damage, except perhaps to their pride. The contest had been held for charity and raised over £1,000. A competitor mused that there must be less painful ways to raise money. Perhaps paying not to eat the Kismot Killer would work? 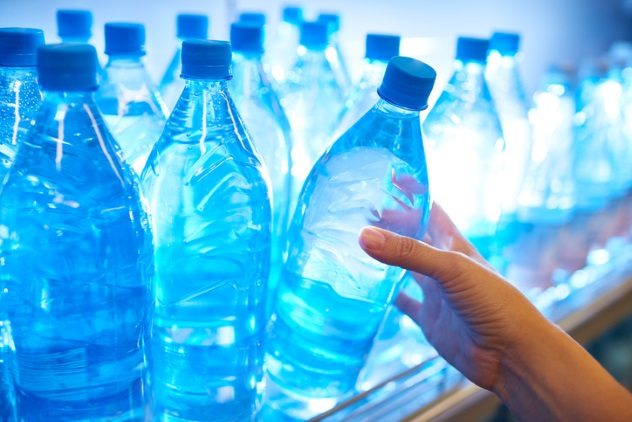 In 2007, a radio station held a contest in which the winner could claim a Nintendo Wii video game console. The contest was called “Hold Your Wee for a Wii.” Participants had to drink 8 ounces of water every 15 minutes, and if they had to use the toilet, they lost. As the contest went on, larger bottles of water were given to the contestants. Jennifer Strange, one of the 18 taking part, complained of a headache afterward. She was later found dead in her home from water intoxication.

Water intoxication, or hyponatremia, occurs when drinking too much water leads to a decrease in the salts which the body requires for proper functioning. When sodium levels fall too low, you get headaches and nausea, the brain swells, and fluid builds up in the lungs. As the brain swells, it can compress the brain stem, and respiratory arrest occurs.

During the contest, Strange drank almost 7.6 liters (2 gal) of water in three hours. One of the hosts said that with that much liquid in her, she looked pregnant. Though people called in to warn that drinking so much water was dangerous, the contest continued. Strange’s husband was awarded $16 million following a wrongful death lawsuit.[7]

Many people like to prove themselves by eating weird things. At testicle festivals, you can prove you have balls by eating them. These events occur in a surprisingly large number of places. People gather at the festivals to celebrate glands as well as other things. At the Montana Testicle Festival, such delights as a “big ball” contest, which consists of men in wet underwear, also take place.[8]

The main event, however, is the ball-eating contest. These are bull’s testicles, though they often have a euphemistic name to cover up their true origin. Bull testicles are known as Rocky Mountain oysters, cowboy caviar, and calf fries. Here, there is no such squeamishness, and the gonads are wolfed down. The fried and battered testicles are served up to competitors, who are given four minutes to eat as many as they can. The winner of the 2015 contest ate over 0.9 kilograms (2 lb) of testicles. The festival as a whole consumes around 320 kilograms (700 lb).

Ferne McCann Eats a HUGE Live Spider! | I’m A Celebrity… Get Me Out Of Here!

I’m a Celebrity . . . Get Me Out of Here! is a British television show where a group of celebrities (often only loosely fitting that term) are sent to a camp in the Australian jungle and forced to participate in various tasks of varying degrees of disgusting-ness. One of the trademarks of the show is forcing celebrities to consume horrible, and often still living, animals in a “bushtucker trial.”

The celebrities in past series have been served up delights such as witchetty grubs, crocodile penis, kangaroo anus, fermented eggs, fish eyes, and live spiders.[9] The celebrities who take part in the contest are chosen by public vote and compete to win their fellow stars’ real, and more palatable, meals.

While viewers may be happy to see celebrities being tortured, there have been complaints about the treatment of the animals used in the bushtucker trials. The concept of the show has now been exported around the world, and many nations are subjecting their own celebrities to the same tasks.

Nathan’s Hot Dog Eating Contest is perhaps the most high-profile eating contest in the world. The annual event at Coney Island attracts competitors from around the globe. According to Nathan’s Hot Dogs, the tradition dates back to July 4, 1916, when four people at Coney Island decided to see who was the most patriotic by eating as many hot dogs as possible.[10] The first recorded event took place in 1972 and has been held every year since. Contestants get ten minutes to eat as many hot dogs as possible. It attracts around two million viewers on ESPN, who tune in to see who will take home the Mustard Belt.

There are dangers to competitive eating, as we have seen. The most obvious is suffering a “reversal”—the polite term used in contests for vomiting, also called a “Roman incident.” Doctors are studying how competitive eaters are able to consume so much in such a short period of time without rupturing their stomachs. It seems that practice makes perfect. Competitive eaters have stomachs that are able to massively stretch beyond what is normal for most people. Some practice for Nathan’s Hot Dog Contest by doing up to 30 attempts at home in the months before the real thing to make sure they won’t be the one having a Roman incident.

Read more about bizarre and dangerous ways people have found to compete on 10 Incredibly Dangerous Competitions From Around the World and 10 Weird Parlour Games Played Before TV Existed.