Children’s stories (the classics, at least) provide kids their first glimpse into a fantasy world where magic happens, and anything is possible. It teaches children around the world to use their imagination and that good always wins over evil. (Well, most of the time, anyway.) Perhaps that’s why so many have withstood the test of time and are still being told to children today.

Plenty of adults have applied their imaginations to their old childhood favorites as well. However, for anyone who grew up listening to classic bedtime stories or watching their film adaptations, the fan theories below may or may not make you see them in a different light . . . 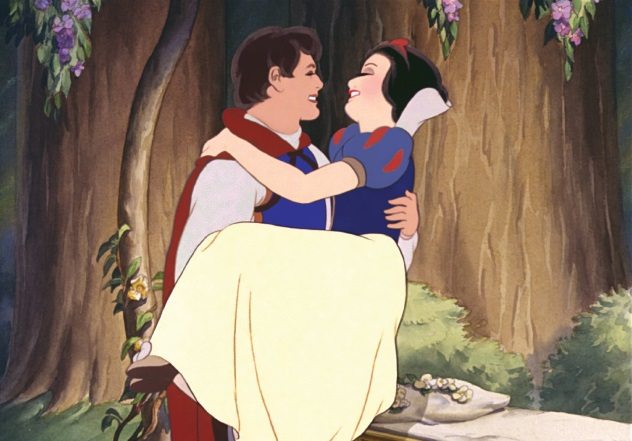 “Snow White” is a quintessential example of a fairy tale that has enchanted kids around the globe for many years. It’s a beautiful story of true love that inspired the TV series Once Upon A Time as well as many musicals and stage productions. It was also made into the first Disney movie starring a fictional female heroine.

This story inevitably has its fair share of fan theories surrounding it. The following is probably the darkest of the bunch. The theory has it that Prince Charming is not entirely who he seems to be (e.g. Snow White’s true love and all that). Instead, he is Death, and he kisses Snow White to save her from the grave and takes her straight to Heaven.[1]

Proof of this fan theory is presented in the fact that Snow White runs away in fear from the prince when she first spies him at the wishing well. It is said to be her first brush with, and subsequent escape from, Death, as she was hanging over the well when he appeared. 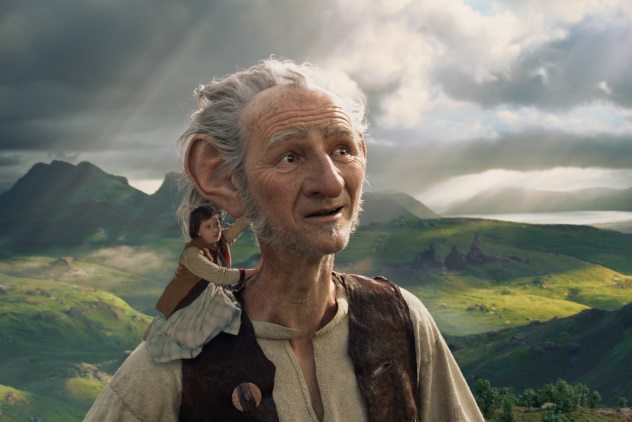 It took 34 years for The BFG to get the proper Disney treatment and be turned into a spectacular fantasy adventure film. Mark Rylance brought the beloved giant to life and nailed his vocabulary as well. Frobscottle, anyone?

Naturally, with a book as unique as The BFG, there are quite a few fan theories out there. One in particular that popped up on Reddit says that the little boy who lived with the BFG before Sophie got there (and who was eaten by the other giants) was a member of the British royal family. The reasoning behind this is that the little boy had a portrait of Queen Elizabeth II in his room and wore a royal-looking red coat with black and gold trim.[2]

Another Reddit theory has it that the ending is all a dream sequence because the BFG has decided to let Sophie sleep and dream forever instead of live in danger in Giant Country or alone in her own world as an orphan. 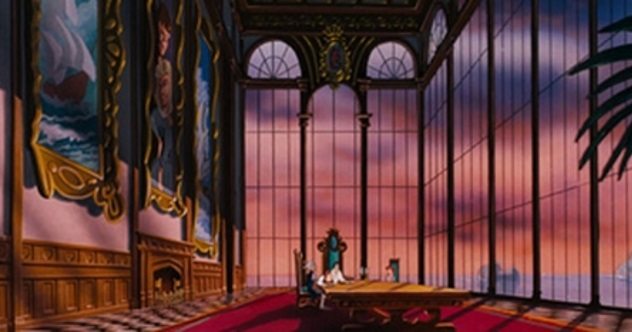 The latest one has it that the story has ties to Aurora of Sleeping Beauty fame. It is thought that Aurora and her Prince Phillip may be the royal ancestors of Ariel’s Prince Eric. The proof? Well, it is said that if you freeze-frame the part in the film where they show Eric’s castle in the movie, you can see a portrait of Aurora on the wall. 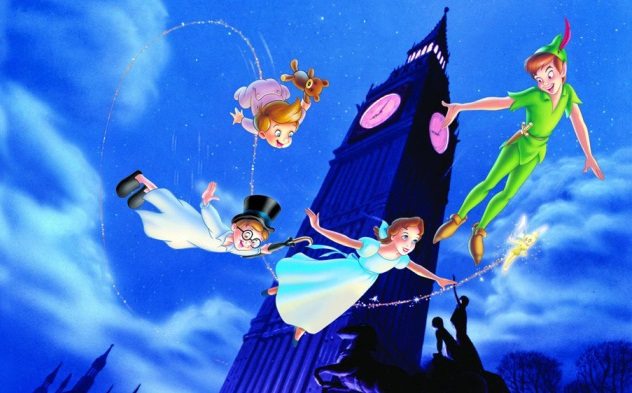 For some reason, there just can’t be a happy theory about Peter Pan. The story itself is supposed to be a magical fairy tale of the boy who wouldn’t grow up and who could fly. He spends his everlasting childhood on Neverland with the Lost Boys and has an assortment of adventures there.

One terrible theory goes that if a quote from the book, “Peter thins them out,” is to be taken literally, it would mean that Peter took matters into his own hands and killed off the Lost Boys when they became old.

An even worse theory says that Peter Pan himself wasn’t alive. Instead, he was an angel who would come down to Earth when a child was dying so that he could hold their hand as he flew with them to Neverland (which was actually Heaven).[4] That would be the reason they didn’t grow old: They were dead.

6 Charlie And The Chocolate Factory 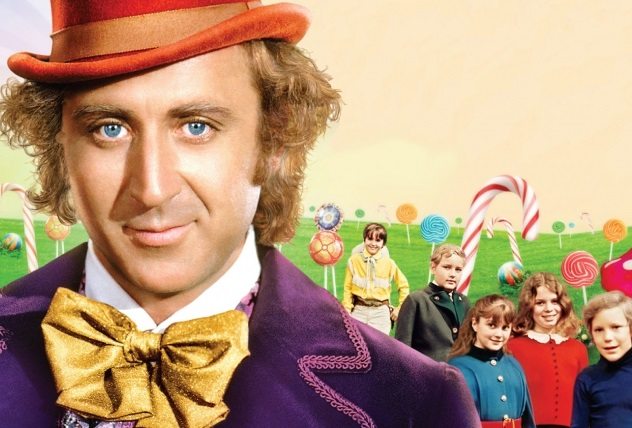 Charlie and the Chocolate Factory, a Roald Dahl classic, has had its fair share of controversy, even before fan theories started making the rounds. Meant to be a children’s book and eventually film, some of the dark themes made parents sit up and take notice of exactly what their kids were watching.

So naturally, some dark theories popped up. One of them says that Willy Wonka bribed the candy store manager, Bill, to ensure that Charlie got the last golden ticket. Charlie asked for a chocolate for his grandfather, and Bill handed him the display chocolate, ensuring he got the one with the ticket in it. Dark? Not really, right?

However, another fan theory has it that the classic story draws parallels with Dante’s Inferno, which is about a man who travels through the several levels of Hell.[5] The poem features a ferryman who transports dead souls from the living world to the next. These souls end up in one of the nine circles of Hell, depending on their sins.

In the movie, the kids are taken on a boat ride into the factory, and some of them are punished according to their sins (turning into a blueberry after stealing, for instance). Also, at the end of the poem, Dante ascends from Hell. At the end of Willy Wonka & the Chocolate Factory, Charlie rises up to the sky in a glass elevator. 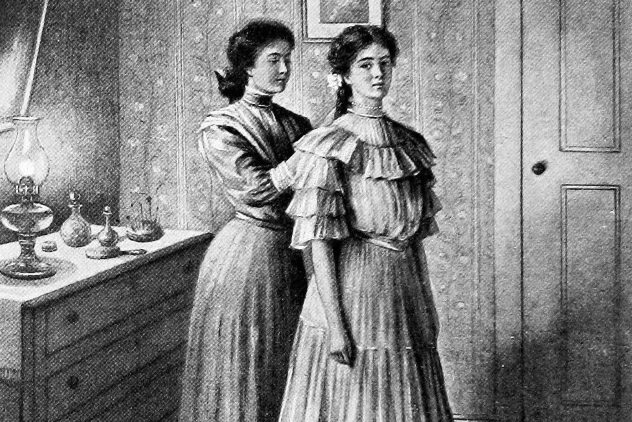 Anne of Green Gables was published in 1908 and has spawned many sequels as well as TV movies, musicals, plays, and several feature films. It’s a widely popular classic tale of a redheaded orphan girl who is sent to a middle-aged brother and sister to help out on their farm. Unfortunately, they actually wanted a boy. Naturally, they change their minds, and the story of Anne Shirley’s childhood and coming of age unfolds.

Theories about Anne have it that she was in love with her best friend, Diana Barry, first before eventually falling in love with Gilbert Blythe, who she eventually married. It is said that Anne is bisexual and never forgot her first true love.[6] Evidence of this is given in the several encounters detailed in the book, where the two girls devote themselves to one another and are devastated when Diana’s mother forbids them from seeing each other. One quote also reads as follows: “If you love me as I love you, nothing but death can part us two.” 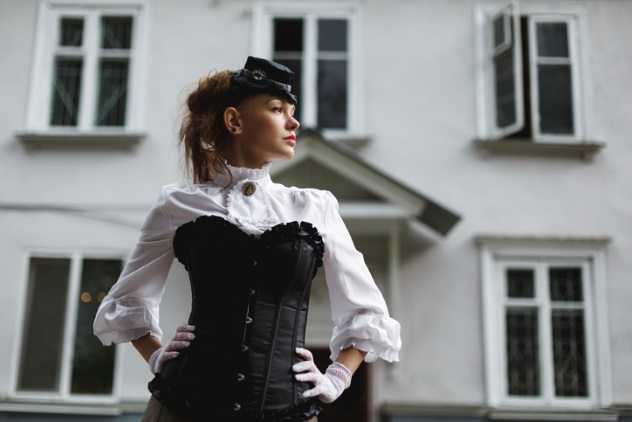 Following hot on the heels of the Anne theory, another fan theory says that Jo March of Little Women fame wasn’t just a tomboy; she was a lesbian. In the book, Jo loves dressing up as a man, and she has no interest in the boy next door who loves her (other than to be friends with him). It is also thought that Louisa May Alcott made it known via interview that she herself loved women, after stating that she may have been placed accidentally into a woman’s body because she had a “man’s soul” and fell in love with pretty girls and not men.[7]

Jo also comments in the book that Laurie is the kind of boy she would want to look like if that were possible. She goes on to say that she knows there is something wrong with her and that she feels she will never fit in anywhere.

Who doesn’t love the characters in Winnie-the-Pooh, especially Eeyore with his droopy expression? Winnie was named after the author’s son’s teddy bear, which is still on display at the New York Public Library.

No longer are they just the cute animal friends of a young boy. No, Winnie represents an eating disorder, Eeyore is the manifestation of depression, Piglet is the personification of anxiety, Tigger represents ADHD, Owl is made of narcissism, and Rabbit is OCD. And then it is also said that Christopher Robin himself suffers from schizophrenia. So much for a happy ending. 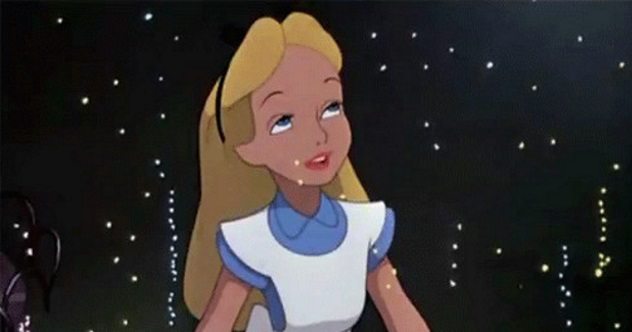 Much the same as Christopher Robin, Alice is also rumored to have suffered from schizophrenia in the book. It is believed that her nonchalant reaction to the talking white rabbit is proof that she suffers from this mental disorder.

Then there’s a theory that’s been plodding along since the 1960s. This one says that the story is actually about drug use. The Cheshire Cat that leaves only his weird smile behind, Alice drinking strange potions and eating mushrooms, and the caterpillar smoking a water pipe are all used as examples to prove the theory as being correct. There is even a reference to red pills and Wonderland in The Matrix, which has been pointed out by fans.[9] 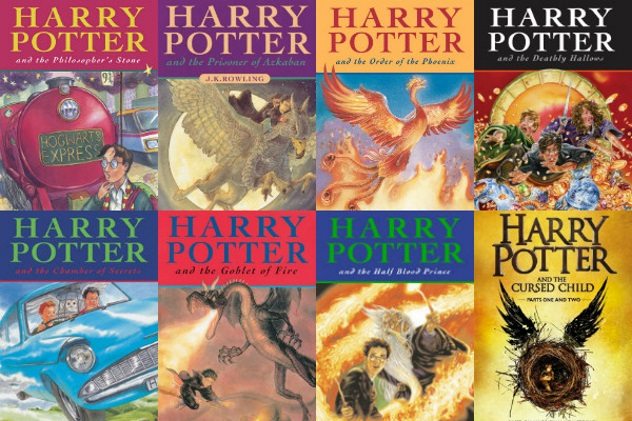 The story of Harry Potter started in 1997 with the release of the first novel in the series. By 2013, the book and subsequent sequels had sold more than 500 million copies worldwide. They also became the best-selling book series of all time. That’s not even mentioning the success of the movies that followed the books.

Therefore, it isn’t strange at all that there would be quite a few fan theories surrounding these books. Perhaps the most disturbing theory says that J.K. Rowling created a horcrux for each book so that the story would live on forever. It is said that this is the reason for the memorable death scenes in each book. She would literally spill her soul onto the pages when she wrote each death scene. This is also said to be the reason for the intense reaction readers have when they read the books.[10]

10 Videos That Went Viral Before The Internet

10 Bizarre Discoveries From The World Of Batman