Since the dawn of domestication, people have coexisted with animals on farms and in their homes, bringing creatures outside of their natural habitats. It is generally accepted in modern-day society that animals simply act on their instincts, and they are not at fault when something goes wrong during cohabitation. Killing an animal only comes into consideration when they are a threat to health and safety, and extermination of animals that are considered pests is commonplace.

The rules around animal misconduct were not always so straightforward. For years, people struggled with what to do when animals did heinous things. In some cases, they were put on trial, just like human beings. Other times, citizens took matters in their own hands to order a death sentence on an animal that had committed a crime. 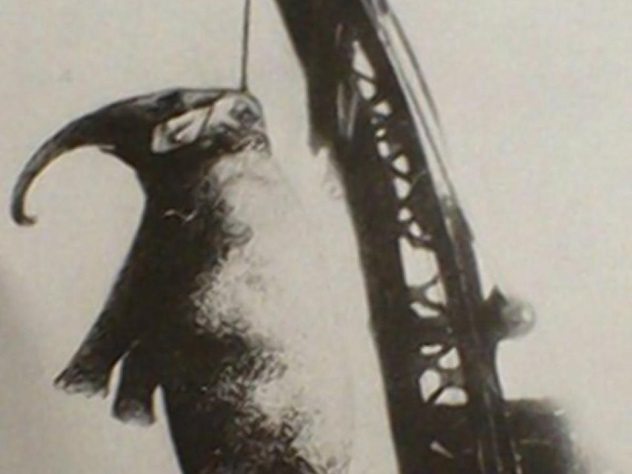 The Sparks Circus was performing in a small Tennessee town in 1916. A female circus elephant named Mary was carrying her new trainer, a skinny man named Red Eldridge, on her back. Eldridge was a former broom-pusher on his first day of elephant wrangling and had no animal training experience. When Mary got distracted by some watermelon on the ground, Eldridge whacked her with a metal hook to get her to obey. This was painful and made Mary so angry that she grabbed him with her trunk, slammed him to the ground, and stepped on his head in front of a crowd of people. Witnesses began to shout, “Kill the elephant!” One person even began to shoot at her with their his pistol, the bullets simply lodging in her thick hide.

The Sparks Circus knew that if they didn’t deal with the issue, it could lead to their financial ruin. The owner decided to advertise Mary’s public execution, and the circus was greeted by a large crowd of people at the Erwin, Tennessee, rail yard. They brought in a crane to use as a makeshift gallows and hoisted the elephant by her neck with a chain. The chain broke, so a thicker one was found. The second time, Mary was successfully lynched.[1]

9 The Rooster Of Basel 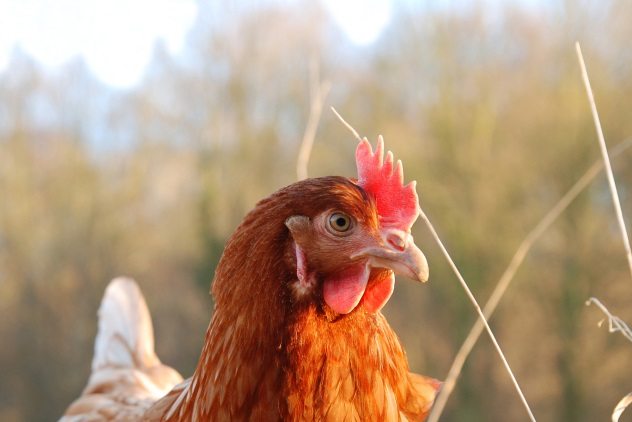 In 1474, a rooster laid an egg in Basel, Switzerland. This should not be physically possible, since roosters are male, but it was recorded as having happened. If this impossible phenomenon went on today, it would fascinate scientists far and wide. Since it was the 15th century, of course, they thought it was the work of the Devil. The rooster was put on trial for his crimes against nature. It was sentenced to be burned alive. The executioner found three more eggs inside the “rooster’s” body afterward.

At the time, there was a belief that if a rooster laid an egg, it contained a demonic dragon-chicken hybrid creature called a cockatrice. Others believed that witches used the eggs in their spells. Modern-day theorists believe that maybe this rooster was actually a hen that was mistakenly identified as a rooster because there has never been a credible case of this happening ever again.[2] 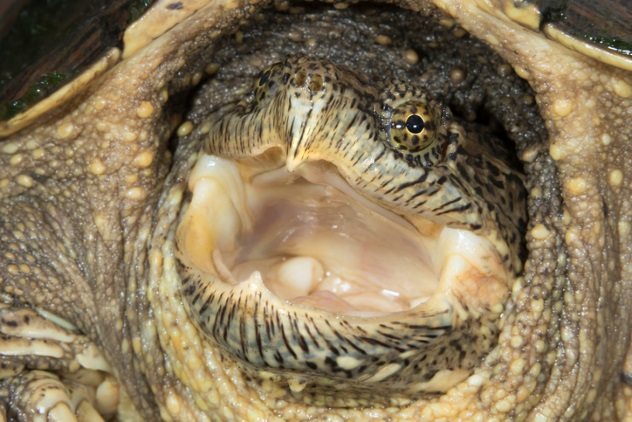 In March 2018, a science teacher at a high school in Idaho named Robert Crosland had a truly disgusting mind. For whatever reason, he decided a good science lesson on omnivores would be feeding a sickly puppy to a large snapping turtle. Students who witnessed this say that the snapping turtle “bit the puppy in half” and that nearly everyone in the classroom was screaming, telling their teacher to stop. Students claim that Crosland frequently brought in guinea pigs and other small animals for the turtle to eat, but the puppy was one step too far.

The Idaho Humane Society opened an investigation for animal cruelty. Authorities took the turtle into custody and, without hesitation, chose to euthanize it.[3] After the news came out, the school began receiving threats from dog lovers everywhere who wanted to come after Crosland. Many parents are demanding that he should lose his job. 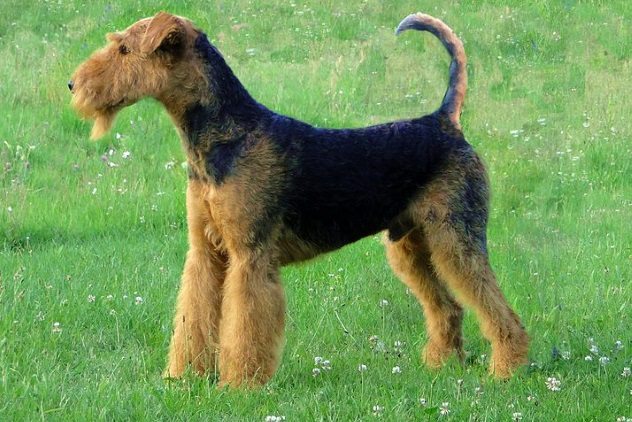 San Francisco was a very different place back in 1921. Pet owners were much more relaxed with letting their cats and dogs outside. A purebred Airedale Terrier named Dormie was caught killing and eating cats around the city. One of the most horrifying examples was a mother cat named Sunbeam who was sitting in her own backyard, purring and feeding her newborn kittens. Dormie ran into the yard and viciously murdered the cat and some of her babies. He was responsible for killing a total of 14 cats around town.

At the time, the law mandated that owners put dangerous dogs to sleep immediately after an attack. Dormie’s owner, Eaton McMillan, refused to euthanize Dormie. McMillan hired a lawyer and demanded a trial by jury for his dog’s murderous crimes. In the end, Dormie went free, and the judge decided to remove the law for mandatory executions for dogs. Cats were told to stay indoors, instead.[4] 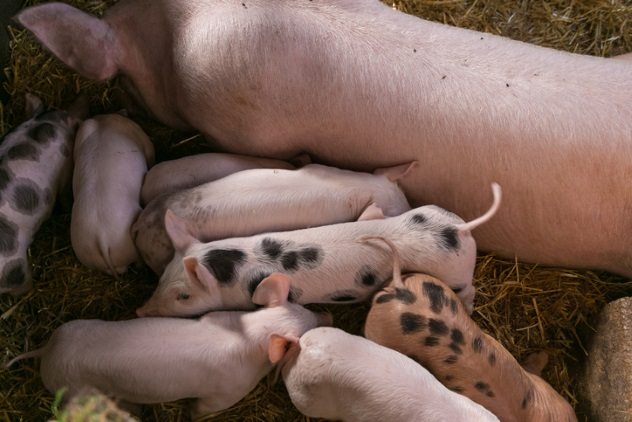 In 1457, a young child was playing near a pig pen in Lavigny, France. The pen held a large mother sow and her six piglets. Unfortunately, the child fell in the pen while trying to interact with the piglets. The hungry pigs thought he was their lunch. One can only imagine the horror the parents must have experienced to find their child torn apart by their hungry animals on the farm.

At the time, French law mandated that there needed to be animal trials before putting creatures to death for their crimes. The sow was put on trial for murder. The court decided to condemn the mother to death but spared the little piglets because they believed the piglets were just following their mother’s “bad influence.” There are no reports indicating whether anyone cooked and ate this murderous pig or not, but one can imagine that it would have been hard to swallow.[5] 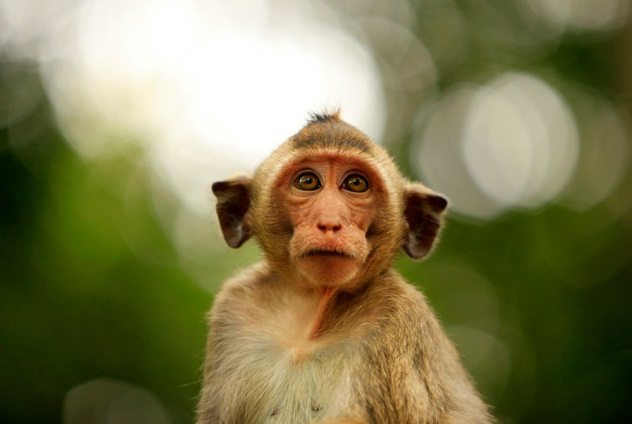 A legend from the Napoleonic Wars tells the story of a French ship wrecked on the coast of England in a fishing village called Hartlepool. When the locals went to examine the boat, a monkey walked off the ship. These Englishmen had heard terrible stories about the French, so when they saw this tiny, hairy simian, they could only assume that this was the enemy they had heard so much about. They believed that it must be a spy and decided to hang it.

When people heard the story, it was so hilarious and ridiculous that the townspeople of Hartlepool became known as the “monkey hangers.” They even use monkeys as their sport mascots.

According to historians, the story is based on a song from 1855 by Edward “Ned” Corvan, singing about Napoleon’s hairy “uncle.” Locals in Hartlepool will claim that the monkey-hanging truly happened, while others will say that Corvan made it up. There is evidence that the songwriter was inspired to write the lyrics based on a true story of a monkey that was executed while traveling with the Russian navy. Despite this controversy, the story is still popular in Hartlepool, and it has been adapted into a stage play.[6]

4 A Bunch Of Bull 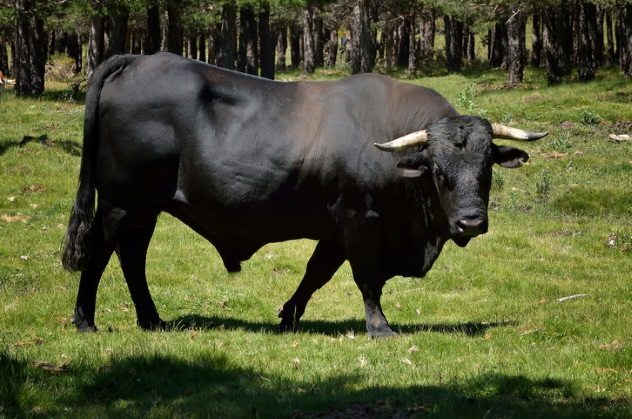 Bulls and humans have had a tense relationship for a very long time. Bullfights are famous for putting humans in life-and-death situations. Even in modern times, people still choose to pit themselves against bulls, such as during the famous Running of the Bulls in Pamplona, Spain. Of course, historic records have evidence that this is nothing new. There are legal records as far back as 1499, when a bull in the French village of Beapre killed a teenage boy who was 14 years old, and the local court ordered it to be executed for murder.

Yet another historic record shows that in 1796, a plague was spreading among cattle in a German village. The local veterinarian examined the deceased and traced it back to a bull that had been mating with all of the lady cows while carrying the disease. It was sentenced to death in front of a crowd of several hundred people and buried.[7] 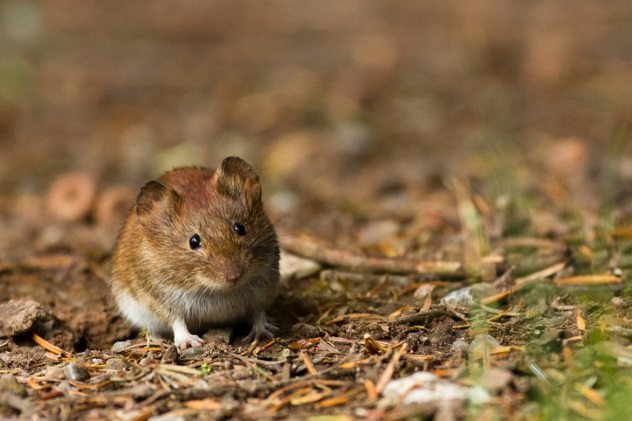 In today’s world, it’s completely normal to exterminate moles or mice on private property when they are causing harm or even mild inconvenience. However, in 1519, citizens of the Austrian town of Stelvio gathered in court figure out what should be done to the animals that were eating their crops and burrowing in the ground, making the soil infertile. Some people argued that it would be cruel to kill the animals, especially for those that were pregnant or feeding their young.

A man named Hans Grinebner was in charge of the critters’ legal defense. His argument was that this was part of nature, and the townspeople really should not complain. The prosecution’s lawyer, Schwarz Mining, argued that the animals had done so much damage to the crops that it made it impossible for some of the townspeople to pay their rent. In the end, the judge concluded that the financial damages justified any action the townspeople took to kill these creatures under any circumstances.[8] 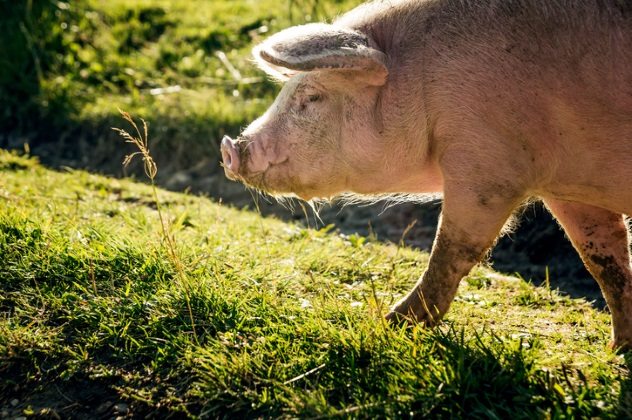 In 1494, a couple was living on a fee-farm property owned by an abbey in France. Considering that they shared their home with friars and monks, they felt comfortable leaving their front door open on a warm day. The man had to feed the cattle, and his wife was busy doing work.

Their baby was left unattended, sleeping in its cradle. A pig wandered in through the entrance of the home. Sniffing for something to eat, the pig spotted the infant. The pig proceeded to eat the child’s face and neck. To their shock and horror, the baby’s parents discovered the bloody scene and called the authorities. Other people living at the abbey witnessed the event as well and backed up their testimonies. The pig was arrested and put in a jail cell. Later, the pig was put on trial for murder and was killed in a public hanging.[9] 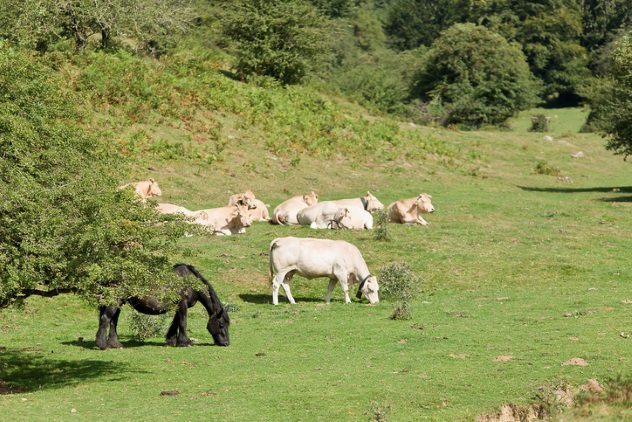 In one case, a Mr. Potter shocked locals in his town with his disgusting fetish because he had been a devout churchgoer for over 20 years. His wife even admitted during her testimony that she had caught him raping their dog, and he made up some kind of excuse. Then, he hanged the dog the next day. After his trial, they hanged him, along with cows, pigs, and sheep that he had fornicated with.[10]

In modern times, the laws behind bestiality have become far more relaxed, to the point where they are nonexistent in some jurisdictions. As recently as 2018, however, lawmakers in Wisconsin passed a bill to change bestiality from a misdemeanor to a felony, after a serial horse rapist named Sterling Rachwal continued to get away with his crimes for years.