The term “blindness” is relative because it is the government and not the doctor that determines who is qualified to be referred to as “blind.” In most instances, the term “blind” does not mean that an individual cannot see at all.

“Total blindness” refers to people who cannot see anything at all. The term “legal blindness” is used for people who suffer from poor eyesight. They can see, but their vision is very poor. People with eye and health problems like glaucoma, cataracts, and diabetes often fall under this category.

In this list, we will concentrate on people who are totally blind in one or both eyes. Here are 10 things that these blind people see.

“What do you see?” That is one question most blind people are sick and tired of answering. The answer is “nothing.” Nothing as in nothing. Not black or whatever, just nothing. Explaining the concept of seeing nothing to someone with intact vision is like trying to explain the concept of color to a blind person.

However, there is a method to see nothing. First, close one eye. Then concentrate on something else with the other eye. Make sure you concentrate. Now, at this moment, you cannot see anything with the closed eye, not even the black you will see when you close both eyes. That nothing you are seeing with the closed eye is the same nothing blind people see.[1] 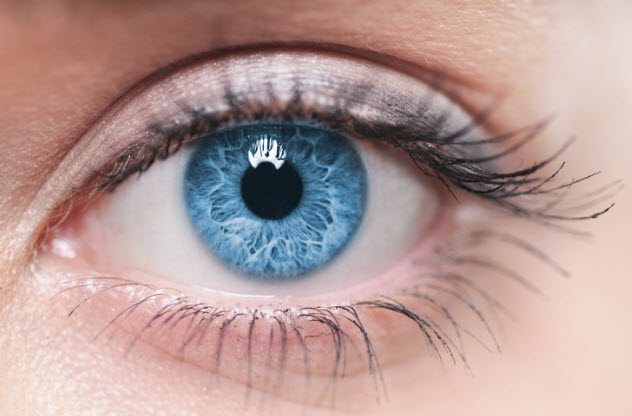 In 1923, Clyde Keeler, a student at Harvard University, discovered that the pupils of blind mice reduced in size when exposed to light. At that time, we already knew that humans and mice detected light with two photoreceptors (called retinal photoreceptors) located inside the retina. However, in the case of the mice, the photoreceptors should not have been active because the mice were blind.

Keeler soon realized that humans and mice have a third photoreceptor called the “intrinsically photosensitive retinal ganglion cells” (ipRGCs). Unlike retinal photoreceptors, which send information about the light to the image processing part of the brain to create what we call vision, ipRGCs send the information to different parts of the brain but do not contribute to vision.[2]

In another study, a group of researchers from the University of Montreal experimented with three blind people. The team, led by Gilles Vandewalle, kept the subjects in a room and alternated between switching a light on and off. Then the researchers asked the subjects whether the light was on or off.

They discovered that the blind people gave the correct answer most of the time. There was a caveat, though. Their brains had to be in a state of active use or they might not be able to detect the change in lighting. 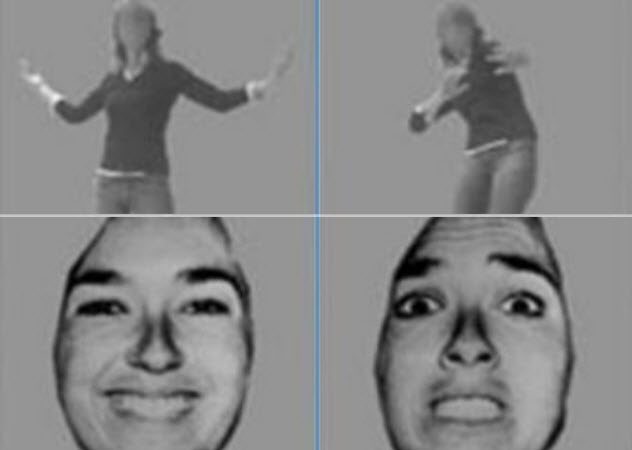 Humans generally experience emotional contagion. This is a phenomenon whereby someone reacts to the facial expressions or behavior of another person—for instance, someone smiling because someone else smiled or yawning because someone else yawned. Blind people experience this, too. They might not see you quite all right, but they can detect your facial expression and respond accordingly.

We know this from the results of a study by Marco Tamietto, a researcher at Tilburg University in the Netherlands. Tamietto experimented with two blind people, each of whom went blind in one eye after suffering damage to their visual cortex. The visual cortex is the part of the brain that processes visual information from the eyes. It is so important to vision that damage to it alone without any damage to the eyes is enough to cause blindness.

7 Everyone Else Including Themselves (During Near-Death Experiences) 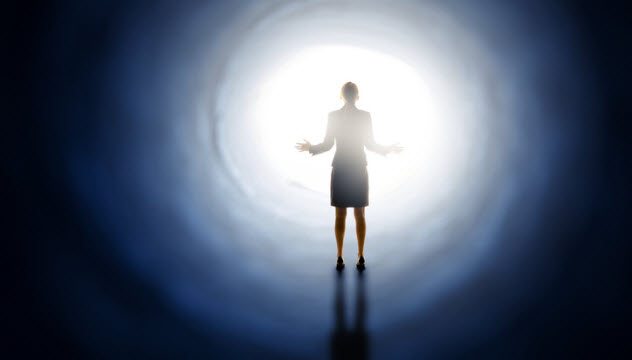 Our knowledge of near-death experience (NDE) comes from people who have found themselves on the verge of death. Some say that they saw themselves walking through a dark tunnel toward a light, while others claim to meet with people they know or do not know. A third category of people report being outside their bodies and even saw themselves and the people around them in the living world.

To prove that they were not just bluffing, some have even gone on to describe their surroundings and what happened while they were supposed to be unconscious and dying. Some blind people fall into this third category. Many even reported regaining their vision during NDE just after they left their bodies.

One man reported finding himself in a library filled with billions of books and seeing them clearly. Vicki Umipeg, another patient who ended up in surgery after a nasty car accident left her with a fractured skull, reported seeing herself and the doctor operating on her after she left her body. Then she went through a tunnel and met with some people made of light. She was 22 at that time and had been blind since infancy.[4] 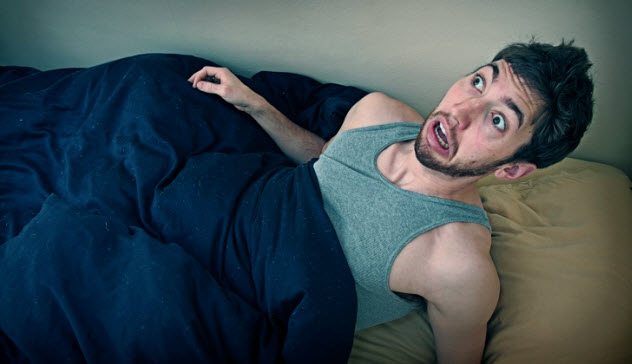 The research involved analyzing the dreams of 50 people. Twenty-five were blind, and 25 could see perfectly well. Eleven of the blind were born blind, while the remaining 14 went blind during their lifetimes. According to the study results, people who were born blind experienced nightmares 25 percent of the time. However, nightmares occurred only 7 percent of the time for people who went blind during their lifetimes and 6 percent for people who could see.

The research also revealed the disparities between the dreams of people in the three groups. First, most blind people—whether they were born blind or went blind during their lifetimes—often dreamed about being in awkward social situations and car accidents.

However, people born blind did not have dreams involving them seeing anything with their eyes. Most of their dreams related to other senses like sound, taste, smell, and touch. For comparison, people who could still see had dreams in which they saw with their eyes. People who went blind during their lifetimes also had dreams where they could see with their eyes, but it lessened over time.[5] 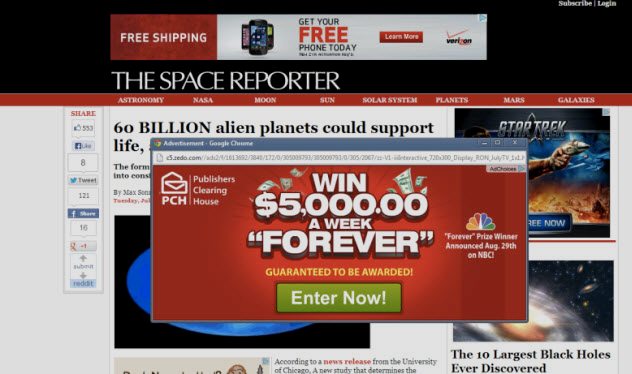 You are here right now because you are using the Internet. And like every other Internet user, you should know about the existence of online advertisements. Online ads come in various forms, but the most disturbing and irritating are pop-up ads. You know, those ads that suddenly appear on the screen and destroy what was previously a good browsing experience.

The first pop-up ad code was written by Ethan Zuckerman over 20 years ago. Zuckerman has already apologized for writing the code for the ad, which he calls the “Internet’s original sin.” However, we do not know whether visually impaired people will accept his apology because these ads have become their nightmare.

To the visually impaired, a pop-up ad is the Internet’s version of a streaker. It suddenly appears unannounced, delays whatever activity was in progress, and continues to constitute a nuisance until it is eliminated. Most of the time, blind people are not even aware that they have encountered a pop-up ad and could be five minutes into it before they realize what is happening.

This occurs because totally blind people access the Internet with screen readers that recite the contents of the page to them. Whatever problem they experience with pop-up ads becomes worse when the ad lacks a close button. Even when they manage to close the ad, the screen reader restarts from the top of the page and goes through the whole article again.[6]

Ad blockers would have solved this problem, but some websites do not allow them because they need to display ads to make money. Programmers of pop-up ads have also developed methods of bypassing the ad blocker to show the pop-ups anyway. 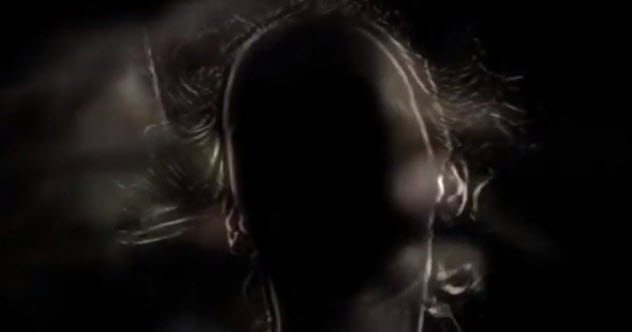 At 29, Milena Channing suffered a devastating stroke that left her blind. She thought that she had lost her sight forever until she realized that she could see moving water when bathing her daughter. She informed her doctor, who thought she was just hallucinating. He told her, “You’re blind, and that’s it!”

Channing did not take her doctor’s word for it. With time, she realized that she could see falling rain, the steam leaving her hot cup of coffee, and the swinging ponytail of her daughter. However, she could not see her daughter, the cup of coffee, or anything else. Doctors later informed Channing that she was experiencing “Riddoch’s phenomenon,” which causes blind people to only see moving objects.

This was possible because the stroke did not harm the part of Channing’s brain responsible for processing moving objects. Channing soon realized that her “vision” improved whenever she was moving. So she got a rocking chair.[7]

Blind people experience Charles Bonnet syndrome (CBS), which is just another name for visual hallucinations. They are almost like regular hallucinations except that blind people are aware or eventually learn that the things they see are not there. This condition is common among people who have just lost their eyesight and continues for up to a year and a half before ceasing. However, some people experience it for up to five years after going blind.

One 69-year-old man started suffering from CBS six months after he lost his sight. He reported seeing abnormal shapes, people, and animals, including a spider that he had even attempted to kill. He also reported seeing people he knew sitting next to him.

The cause of CBS remains a mystery, but researchers believe that it might result from the brain trying to make up for the loss of vision. This theory is backed by an experiment in which 13 people were blindfolded to mimic the effect of blindness for five days. Ten participants experienced visual hallucinations after just one day.[8] 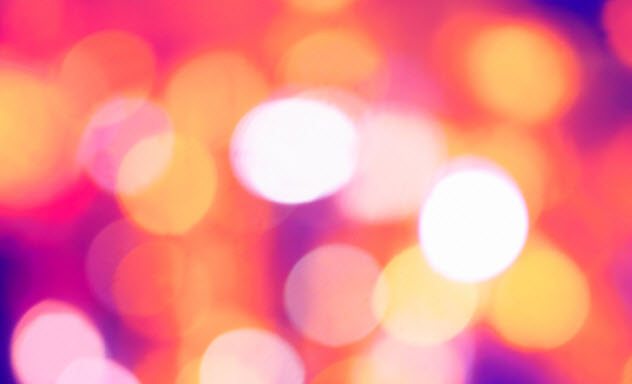 Although people born blind might see nothing, people who went blind after seeing for some time might see other things like color. One is Damon Rose, a BBC journalist who went blind after a surgery he underwent as a child over 31 years ago. These days, he sees color, lots of color. In fact, he sees so much color that it’s distracting for him.[9]

In an article written for the BBC, Rose reported that the colors flash like lights and come in different shapes. They also change rapidly. Sometimes, a color even has another color as its background. Interestingly, Rose says that the only thing he never sees is darkness. And that is the one thing he misses the most. 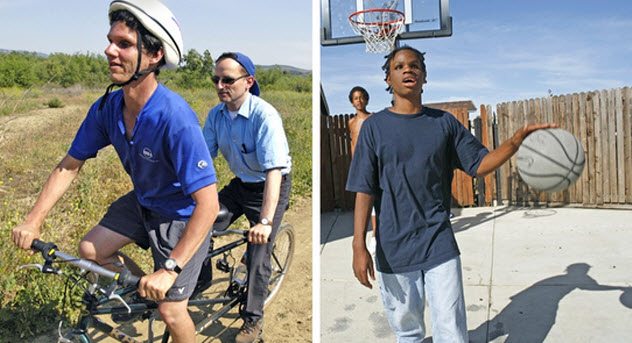 Some blind people have learned to use echolocation to find their way around. That is, they produce a sound and wait for it to bounce off obstacles and echo back to them. With the returning echo, they can detect the size and location of obstacles and carefully avoid them.

This is the same method used by bats and dolphins to find their way around. There is a catch, though. Unlike bats that use echolocation to detect small insects, humans require the object to be at least the size of a glass cup.

Daniel Kish is a blind person who has learned to “see” with echolocation. As a toddler, he suffered from bilateral retinoblastomas, a type of cancer that affected the retinas of his eyes. The cancer could not be eliminated without destroying his eyes, so he lost both eyes before he turned 13 months old.[10]

At age two, Ben Underwood also lost his eyes to bilateral retinoblastomas. He independently developed the ability to use echolocation to replace his eyesight. Ben was so good that he could walk, ride a bicycle, skateboard, and play games without using a guide dog, cane, or even his hands. It was almost as if he was not blind. However, he died in 2009 after the cancer returned.

Read more fascinating stories about blind people on 10 Fascinating Insights Into The World Of Blindness and 10 Incredible Stories About Blind People.