If you were going to pick a random week for high political drama, you couldn’t get much more random than a middle week in April. Yet political drama was exactly what these last seven days were about as Washington saw old faces vanish, investigations heat up, and Facebook get placed in the hot seat. Elsewhere, politics was going full throttle, too, as Syria’s civil war once again threatened to go global.

The most dramatic week of the year thus far? We’ll let you decide. 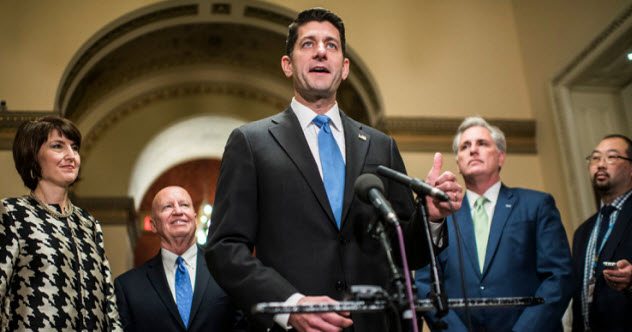 It’s official: He’s out. After months of speculation that House Speaker Paul Ryan would resign after November’s midterms, Ryan jumped the gun by dramatically announcing on Wednesday that he would not be seeking reelection. His exit could signal big changes in the way the Republican Party is run.[1]

Ryan was a committed policy wonk and libertarian who made it his life goal to reform taxation, reform entitlement spending, and repeal Obamacare. He leaves Congress having fulfilled one of those aims, but he has fallen dramatically short on the other two.

Perhaps the most important aspect of Ryan’s departure is that the GOP has lost yet another high-profile libertarian. The race will now be on for the Trumpian wing to replace him with someone more protectionist and in line with the president’s views.

9 The FBI Raided The Offices Of The President’s Lawyer 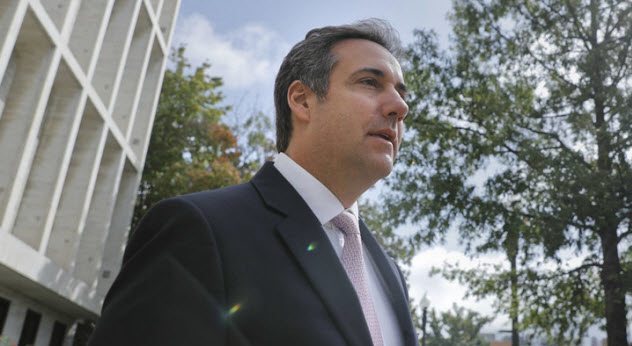 A disgraceful witch hunt or the beginnings of a prosecution case? That was the question on everybody’s lips this week after the FBI launched a surprise raid Monday on the offices, home, and hotel rooms of Michael Cohen, longtime attorney for President Trump.

Interestingly, the new Cohen investigation isn’t being conducted by Mueller’s office. It’s under the jurisdiction of Geoffrey Berman, the acting US attorney for the Southern District of New York. Berman is a longtime Republican, although he has personally recused himself. Even if the president does fire Mueller in the near future, his legal woes won’t all disappear along with the special counsel.[2] 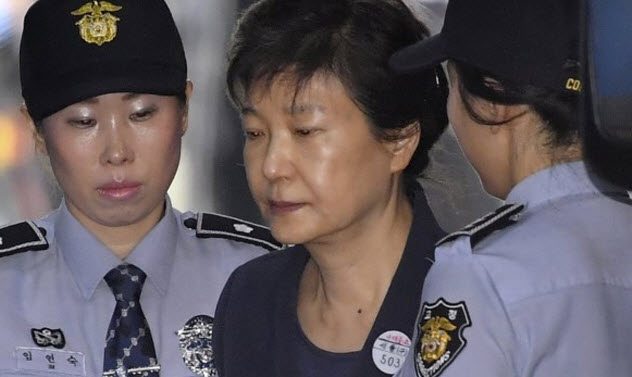 The fall of South Korea’s first female president, Park Geun-hye, daughter of the former Korean dictator Park Chung-Hee, reads like a sordid political thriller. After South Korea’s intelligence services swayed the 2012 election in her favor, Park used her newfound power to force large multinationals to pay huge sums to her friend and mentor, Choi Soon-sil, a Rasputin-like figure and the power behind the throne.

When news of the scandal broke in the dying days of 2016, South Korea found itself gripped by some of the largest protests in modern history. Park was impeached, removed from office, and arrested. Choi was also arrested and was sentenced this February to 20 years in prison. Last Friday, Park followed her. In a televised sentencing (a rarity in South Korea), a judge handed her a $17 million fine and a 24-year prison sentence.

Park still has a few weeks to appeal the sentence, and her conviction may yet be overturned. However, there’s no denying that her guilty sentence represents a massive fall from grace for South Korea’s first female president.[3] 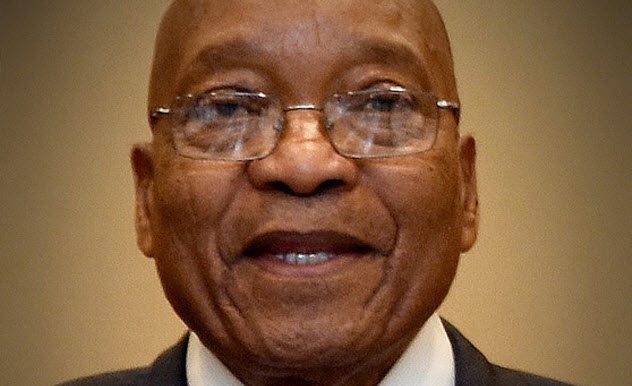 The same day that Park was handed her prison sentence in South Korea, another divisive leader half a world away was witnessing the beginning of legal proceedings against him. Jacob Zuma resigned as president of South Africa less than two months ago, yet he was already in the dock last Friday for corruption.

Under Zuma, South Africa spiraled into an economic black hole symbolized by rampant corruption, graft, and political favors for cash. However, the current charges aren’t linked to any of that. Instead, they refer to a 20-year-old arms deal that Zuma conducted in the late 1990s in which he allegedly authorized over 700 bribes and corrupt payments.

The case was originally investigated and shelved in 2009, just before Zuma became president. The charges were reinstated in 2016, and he was handed a summons almost the moment he left Mahlamba Ndlopfu (the South African White House).[4]

Friday’s hearing was merely a formality. The case does not start until June 6. Expect many more such hearings in the future, though, as charges mount up against the former leader. 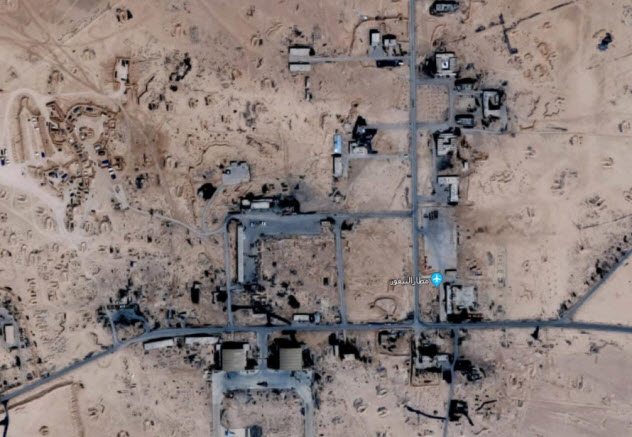 Early Monday, a flurry of missiles hammered into Syria’s regime-controlled T-4 air base, killing 14. As the strike followed a suspected regime chemical attack that had killed at least 45, the finger of suspicion was immediately pointed at the Pentagon.

In this case, though, Assad and his Russian backers had jumped the gun. By midweek, it was clear that the base was hit not as part of a revenge attack for chemical weapons usage but as part of Israel’s attempts to get Iran out of Syria.

Tel Aviv has been growing increasingly agitated in the past few months as Iran has established more outposts in Syrian regime areas. At the same time, Iran-supporting Hezbollah has begun receiving high-powered weapons and Syrian regime forces have sent tanks to the Israeli-controlled Golan Heights. It seems that Israeli forces were in dire need of a pretext to show Assad what they’re capable of and the weekend’s chemical attack provided it.[5]

What happens now is anyone’s guess. Tel Aviv sees the arrival of regime forces in the Golan Heights as a threat to Israel itself. It’s possible that a new, messy front is about to open up in the long Syrian war.

5 Canada Suffered One Of Its Worst-Ever Sporting Disasters 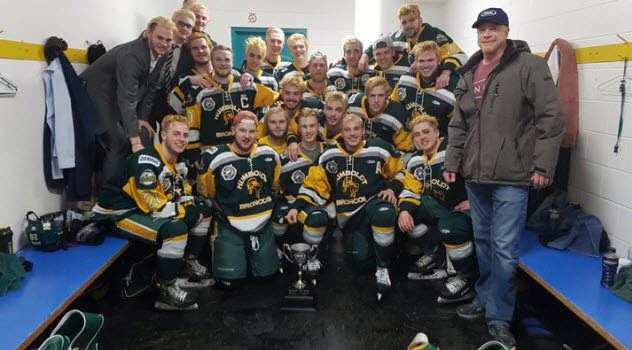 It’s an old joke: “In Canada, there is hockey and there is everything else.” Even without its connection to Canada’s most beloved sport, Saturday’s tragedy would have still been horrific. A bus carrying the Humboldt Broncos junior hockey team crashed into a trailer in Saskatchewan. Fifteen people were killed outright, with another later dying in the hospital. Fourteen were injured. It was one of Canada’s worst sporting disasters.

The tragedy was made more acute by the relatively young ages of the victims. The majority of the dead were between 18 and 21 years of age. One victim, Adam Herold, was only 16.

To add to the outpouring of grief, a mix-up in identifying the bodies left the nation stunned. One player reported as dead, Xavier Labelle, turned out to be alive. The chief coroner had mistaken the body of another player, Parker Tobin, as Labelle’s. For Tobin’s loved ones, the mix-up must have been like a punch to the gut.[6]

The cause of the crash is still unknown. The driver of the trailer was initially arrested but has since been released without charge. 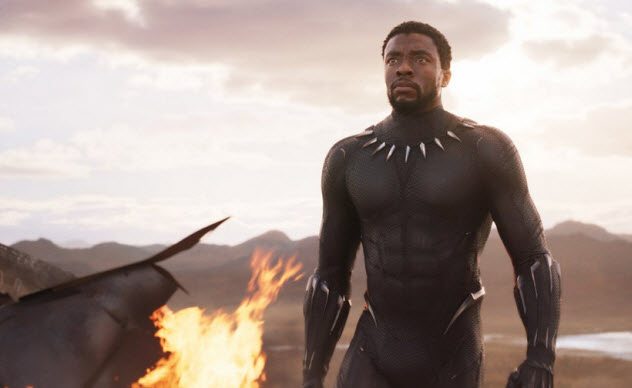 This column doesn’t usually bother itself with pop culture. But when the item of pop culture in question has become a genuine phenomenon, we’ll occasionally make an exception. The Marvel Studios film Black Panther is one such item.[7]

Released at the end of January, it was initially expected to perform as well as any other non-Avengers Marvel film. Instead, studio bosses watched as it kept making more money at the box office . . . and more . . . and more. This week, it finally surpassed Titanic’s record $659 million haul to become the third highest-grossing film of all time.

This may be a short-lived success as Marvel’s own Avengers sequel, Infinity War, is expected to knock it down a peg before the summer is out. Still, Black Panther has managed to become one of those films that represents an entire moment in Western culture. In the same way that we can now look back on Easy Rider as an important touchstone of its era, it’s likely that future generations will feel the same way about this film. 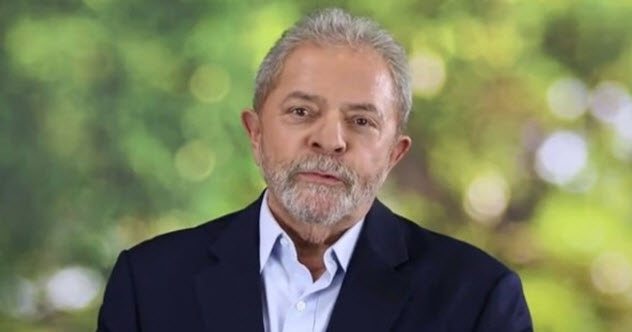 It was the standoff that gripped a nation. On April 5, a Brazilian judge ordered former president—and current presidential candidate—Luiz Inacio Lula da Silva (better known as Lula) to turn himself over to police. The former leader, who ran Brazil from 2003–10, had previously been found guilty of corruption as part of Brazil’s ongoing “car wash” scandal.

Instead of handing himself in, Lula went on the run. By Friday, he was holed up in the headquarters of a union, surrounded by thousands of his supporters. As police converged on the building, a standoff developed that lasted until Lula finally turned himself in on Saturday. He will now begin a 12-year sentence.

Lula is one of the most divisive politicians on a continent full of them. His tenure in office saw opportunities increase for the poor but also mind-boggling displays of corruption. His jailing also threatens to blow Brazil’s presidential race wide open.[8] 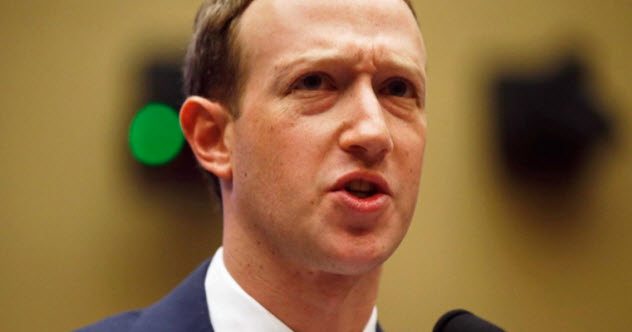 It hasn’t been the greatest few weeks to be Mark Zuckerberg. Following explosive allegations about Facebook harvesting user data that then made its way into the shady hands of companies allegedly involved in election rigging, the Facebook CEO was called to testify before Congress this week. The extended grilling was both revealing in some ways and hugely unsatisfying in others.

One of the big takeaways was that Facebook employees had been interviewed by the office of Special Counsel Robert Mueller about Russian interference in the 2016 election. Beyond that, though, everything was mostly spin and evasion.

Lawmakers threatened to regulate Facebook without actually committing to do so. Zuckerberg admitted that Facebook was collecting data even on nonusers without profiles, but he dodged having to specify precisely what data the company collects. Allegations of anti-conservative bias on the platform were simply brushed away.[9]

As a result, we’re still somewhat in the dark about what Facebook really does and doesn’t do with our data. Whether Zuckerberg’s evasiveness will ultimately lead to regulation or even the breakup of the Facebook monopoly is something we’ll have to wait to find out.

1 The US And Russia Went Toe To Toe Over Syria 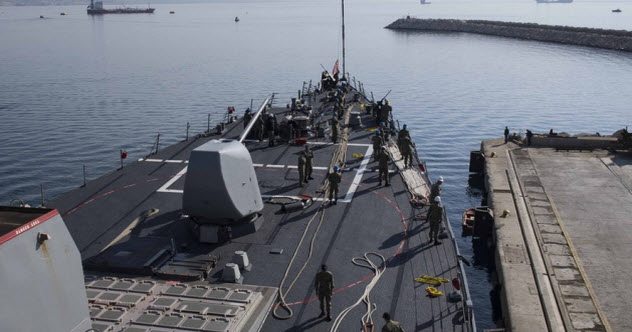 Remember that Syria regime chemical weapons attack we mentioned earlier in the “Israel Bombed Syria” entry? Tel Aviv wasn’t the only one concerned by that. As the week went on, pressure began to mount for Washington, London, and Paris to do something. By Wednesday, President Trump was personally vowing that missiles would be on their way to Syria imminently.

The threat came at a time when the West is already at loggerheads with Russia, Assad’s backers, over the nerve agent poisoning of Sergei and Yulia Skripal in Britain. Reacting to Trump’s tweet, a Russian diplomat promised to either shoot down any US missiles over Syria or to retaliate against US military targets. The possibility of escalation was so clear that some began wondering if it might lead to World War III.[10]

At the time of this writing, the US has yet to make good on Trump’s promise to hit Syrian regime forces. However, it’s understood that the UK and France are both preparing options for military action. Could the Middle East be about to implode all over again? We’ll find out soon enough.