Although many of us are aware of and fascinated by mummies, we tend to think of examples of intentional mummification. King Tutankhamen reigns supreme in our mind. Beneath him are the lesser mummies embalmed by the ancients and laid to rest with great care. From Egypt to South America and China, our minds can create a worldview of mummies, yet we seldom consider those who were preserved by accident.

The highly acidic, oxygen-poor, cold environment of the peat bogs in Northern Europe have acted as a sort of natural refrigerator, storing the cadavers of the ancients in a unique way that often leaves the organs and soft tissues intact. Whether by happenstance or intent, most of these bodies date from the Iron Age. Although Europeans of this era left no written details of their lives, their remains teach us many surprising things about them.

10 They Were Vain About Their Hair 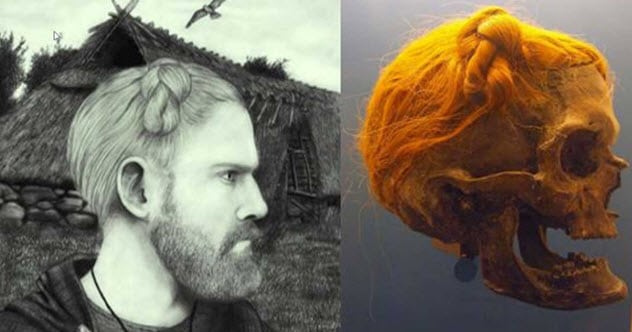 Whether we look at the jaunty Suebian knot sported by the Osterby Man, the intricately plaited, 1-meter-long (3.3 ft) crowning glory of Elling Woman, or the pine resin–gelled pompadour of Clonycavan Man, it seems that the men and women of the Iron Age were no strangers to vanity.[1]

No one knows if these coiffures were everyday styles or done only for special occasions (like the ritual sacrifices that may have landed these bodies in the bogs). But one thing is certain: These people were not savages running around with unkempt locks. 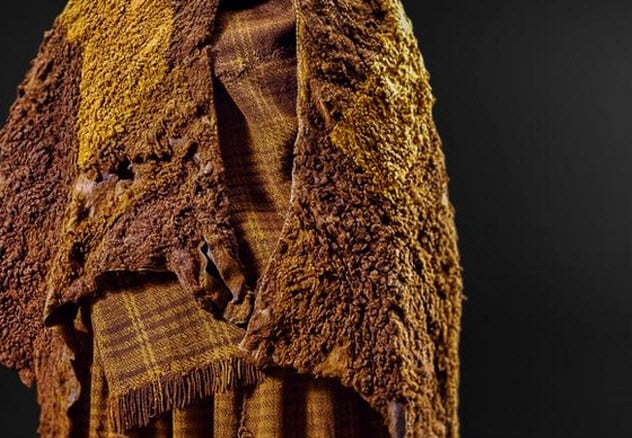 Popular media likes to depict the ancient world in muddy earth tones. We seem to get a thrill from the belief that nobody bathed, combed their hair, or wore clothes outside the shades of gray, black, or brown.

This is not true of the Iron Age. Most bog bodies have been discovered with little to no clothing. Tollund Man had only a belt, Elling Woman had a cloak and belt, and Yde Girl just had a cape.

Huldremose Woman is an exception to this rule. The bog spared her patterned, woolen skirt and scarf as well as her two leather capes. She was wearing red and blue the day she died. Her body still bears the microscopic remains of flaxen undergarments.[2]

Thanks to the analysis of the strontium isotope contained in her garments, researchers have discovered that her clothes came from outside the area where she was found in Denmark. This suggests that she either traveled or imported her stylish garments.

8 They Didn’t Eat A Low-Carb Diet 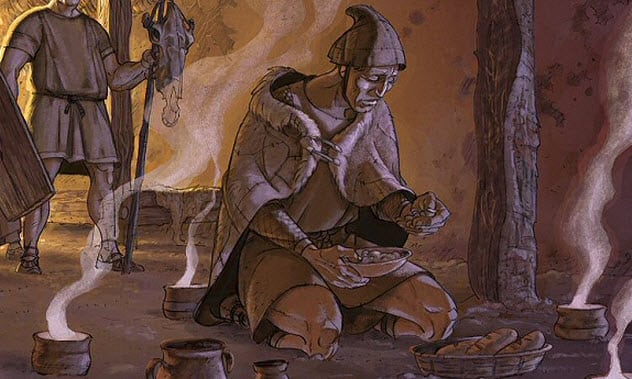 The peaceful visage of Tollund Man was so well-preserved that his discovery in May 1950 launched a murder investigation. From this excellent state of preservation, researchers have been able to test his stomach contents to learn what he ate prior to his death by hanging.[3]

His last meal was a porridge comprised of a staggering total of over 40 grains and seeds. So next time you feel virtuous by eating your hearty bowl of seven-grain hot cereal, remember that Tollund Man was outdoing you circa 300 BC.

7 They Weren’t Eating A Low-Fat Diet, Either 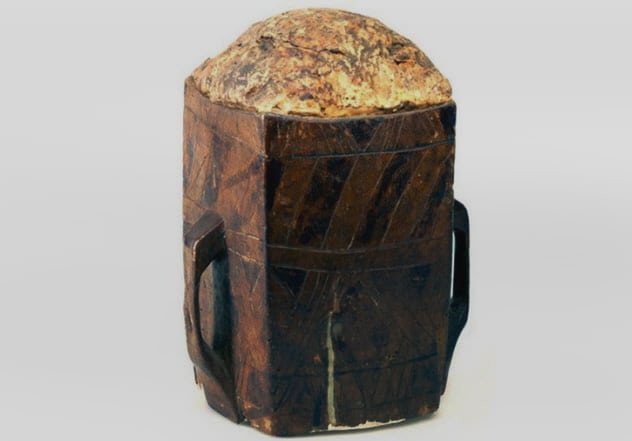 The Iron Age people of what is now Ireland were into butter in a big way. How big, you ask? Try a private 10-kilogram (22 lb) reserve, you know, just in case. That’s not a typo.

In 2016, a man named Jack Conway discovered a 10-kilogram (22 lb) lump of butter preserved inside the Emlagh peat bog in County Meath. Surprisingly, this was not the first discovery of its kind. Butter and rendered animal fats are found fairly often in peat bogs.

In the days before mass-produced, expeller-pressed oils, edible fats were a valuable commodity. It is believed that butter was even used to pay taxes back then. Perhaps that explains the 35-kilogram (77 lb) chunk found in County Kildare and the 5,000-year-old, 45-kilogram (100 lb) piece from County Offaly.[4]

Ben Reade, the seemingly mad scientist who heads Culinary Research and Development at Nordic Food Lab, created his own bog butter for a taste test in 2012. Results were mixed.

6 Some Suffered From Malnutrition 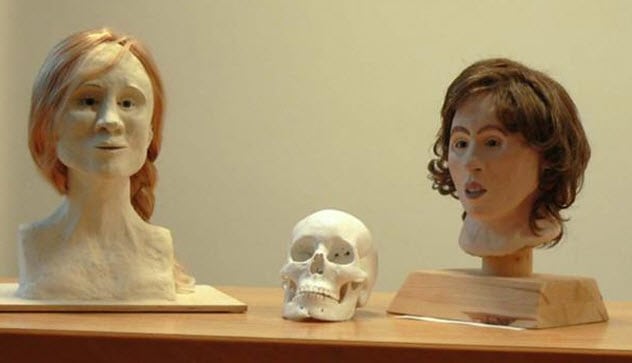 Despite the porridge and bread found in the stomachs of some bog bodies and the massive hoards of butter, not everyone was being fed. Moora, the girl of the Uchter Moor, suffered from chronic malnutrition as a child as evidenced by her bone growth lines.[5]

While Clonycavan Man was importing his expensive hair gel and Huldremose Woman was getting her colorful clothes, this child was starving, hauling heavy weights, and healing from at least two skull fractures in her short lifetime. She died aged 17–19.

5 Their Heights Varied As Greatly As Ours 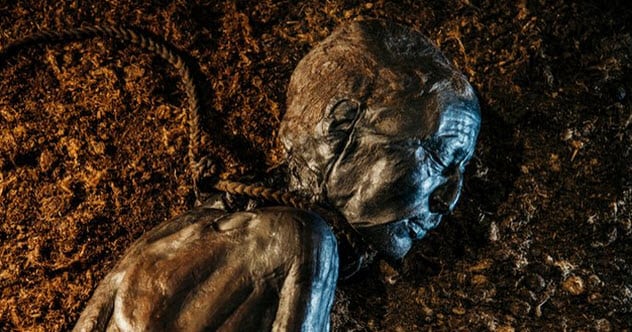 Don’t let the diminutive statures of Tollund Man or Clonycavan Man fool you into thinking that you would have towered over Iron Age men like a human among Lilliputians.

Though those two men stood at 160 centimeters (5’3”) and 157 centimeters (5’2”), respectively, the partial body of Old Croghan Man, which was discovered just 40 kilometers (25 mi) from that of Clonycavan Man, has led researchers to believe he would have stood approximately 198 centimeters (6’6”) tall back in the BCs.[6]

4 They Performed Brain Surgery (And Lived Through It) 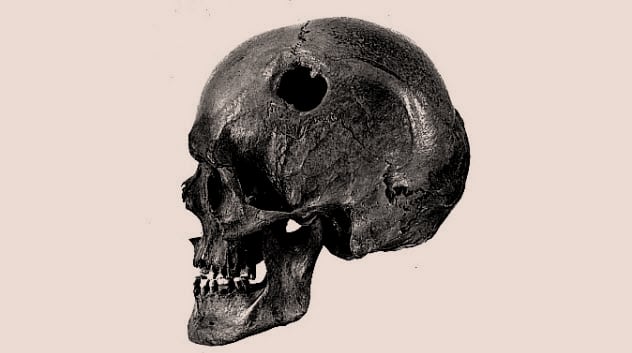 The skull of Gadevang Man, who died as long ago as 480 BC, is scarred by a circular opening approximately 1.2 centimeters (0.5 in) in diameter. Beside it is an elongated scar likely caused by an axe blow to the head.[7]

It would seem that this individual survived a severe head wound and the emergency surgery designed to save his life, an astonishing feat thousands of years before microscopes, CT scans, or even antibiotics. 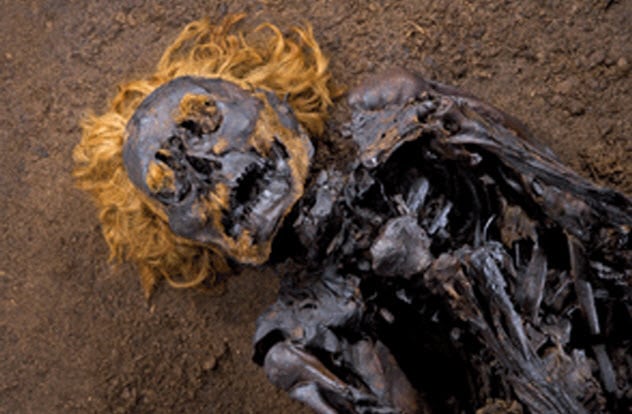 Most modern people in the West view equestrian activities as a hobby, a rich man’s hobby even. True horsemanship is rare enough that we will pack ourselves into miserable bleachers under the scorching sun to watch it. Not only that, but we will also pay for the privilege.

It is a fairly safe bet that Red Franz would have knocked the boots off any modern cowboy.[8] Constant horseback riding had already caused this young man to develop protrusions known as “rider’s facets” on his thigh bones by the time of his death.

2 They Tripped On Shrooms 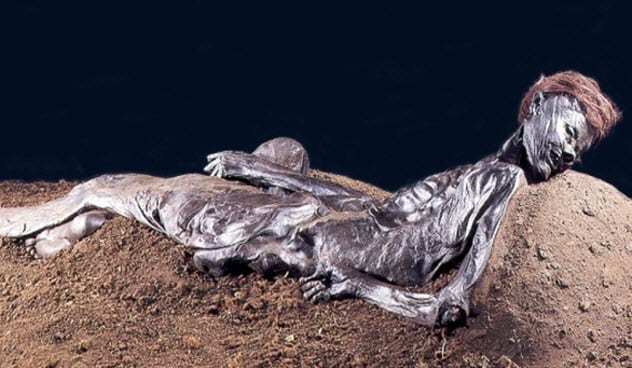 Humans have been taking drugs almost since the dawn of time. The opium poppy was domesticated as early as the sixth millennium BC. Black henbane and cannabis were likely also being used at this time.

In ancient Europe, potent fungi seemed to have been the drug of choice. Otzi, a Copper Age man preserved by alpine ice, carried two strains of mushrooms with him. It has been suggested—but not confirmed—that certain Bronze Age art motifs are odes to mushrooms.

So it seems to have been a bit of a tradition by the time Grauballe Man met his end. Before his throat was slashed, he ate a soup laced with hallucinogenic mushrooms.[9] There is some debate as to whether these were used for medicinal, recreational, or ritual purposes. In any case, he was probably lucky to have been high as a kite when he met his end.

1 They Were Absolutely Brutal 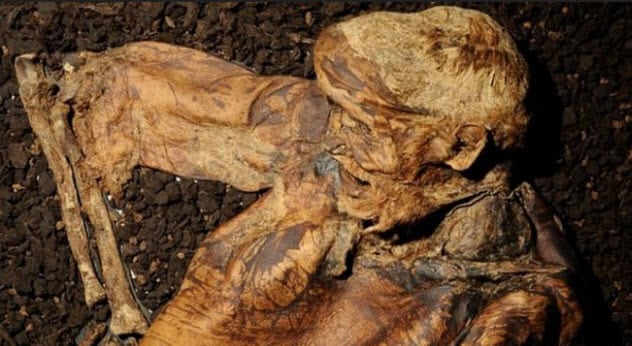 Although the intact rope that still hangs from Tollund Man’s neck may be startling to our modern eyes, he probably got off easy. Lindow Man was hit on the head and strangled. He also had his throat slit. Clonycavan Man was killed by an axe blow to the chest and three to the head. Then he was disemboweled.

If overkill was not good enough, it seems that Iron Age people were into torture, too. Old Croghan Man had holes cut into his upper arms through which he was trussed with a rope. To add insult to severe injury, his nipples were sliced and he was stabbed. Then, just to make sure that they had inflicted enough trauma, his murderer(s) cut him in half across the torso.[10]

Olene Quinn is an indie author of historical fiction who sometimes veers more toward action and sometimes more toward romance, but you can always bet there will be a bit of both in her novels. They are available on Amazon. She can be found on Twitter, on her blog, and on Facebook as Olene Quinn.