By now, most of us have seen websites and videos about The Simpsons episode “Bart to the Future” predicting the Donald Trump presidency way back in the year 2000. Some people might even be familiar with the time when the Family Guy episode “Fatman and Robin” (about a failed Robin Williams’s suicide attempt) was playing when the tragic news broke about the actor’s death.

Although it is understandable that actors inevitably play roles that have some similarities with events that happen later in their real lives, the specific scenes in some movies are more like glimpsing into a crystal ball. As a result, this list will review 10 movies scenes that predicted tragic moments in actors’ lives. 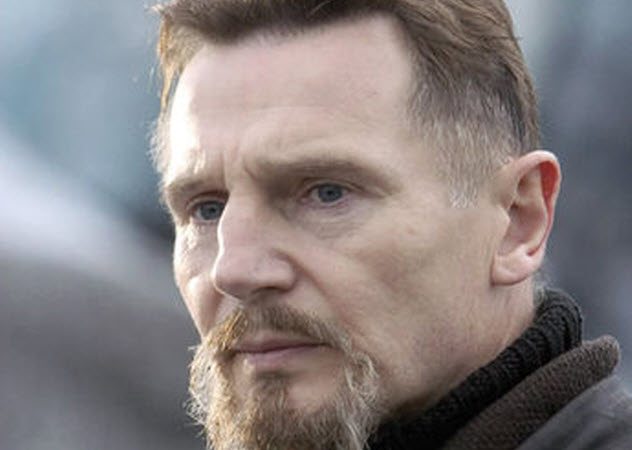 After serving a prison sentence for theft in Bhutan, Bruce Wayne meets Henri Ducard (Liam Neeson) who trains Wayne as a member of the League of Shadows. Before the two train on a snow-covered mountain, Wayne listens to the story of Ducard’s life. Prior to coming to live on the mountain, Ducard had a wife (his “great love”) who was tragically killed.

Four years later on March 16, 2009, Liam Neeson’s wife, Natasha Richardson, suffered a head injury while taking a beginner skiing lesson at the Mont Tremblant Resort in Quebec. Richardson was flown to Lenox Hill Hospital in New York City. There, she died on March 18 from an epidural hematoma.[1]

Nearly a decade later, Neeson has not remarried. He has admitted that he occupied himself with roles as a way to cope with the pain of Richardson’s death. 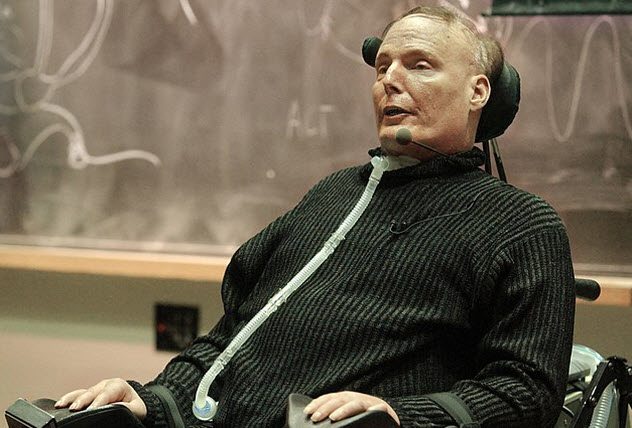 Premiering on HBO on May 21, 1995, Above Suspicion is a little-known thriller. In the film, Christopher Reeve stars as Dempsey Cain, a paralyzed police officer who plots to kill his wife (Kim Cattrall) and her lover (Edward Kerr). Less than a week later, on May 27, Reeve went horseback riding.

While performing fence jumps, Reeve’s horse stopped suddenly. Reeve fell forward, ultimately landing headfirst on the fence. Reeve’s first and second vertebrae were shattered during the accident, leaving him paralyzed from the neck down.

For the rest of his life, he was outspoken about the severity of spinal injuries and helped many other people injured in similar ways. Reeve died in 2004 at age 52.[2] 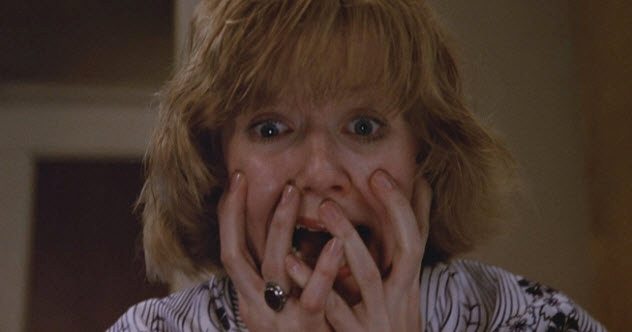 Appearing in 1980’s Friday the 13th and 1981’s Friday the 13th Part 2, Alice Hardy (Adrienne King) is an aspiring artist who takes a job as a camp counselor at Crystal Lake. Alice survives the killer, Jason, much longer than many of the other camp counselors and even decapitates Jason’s mom, Pamela Voorhees. Eventually, though, Jason surprises Alice and stabs her in the temple with an ice pick.

Shortly after filming Friday the 13th Part 2, King began to receive Polaroid pictures under her door documenting what she had done the previous day. King’s stalker also tried other uncomfortable ways to contact her.

Later, King learned that she had her own stalker fit for a horror film. Only this stalker was obsessed with King because she reminded him of someone in his past who had done something bad to him.[3]

This connection is even stranger because movie star stalkers were much less common in the early 1980s. Stalking laws didn’t exist back then, which meant that King did not have assistance from the law. 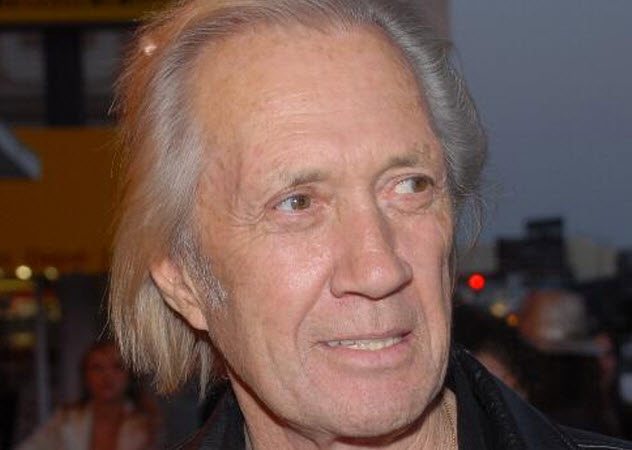 Released in 1992, the movie Evil Toons is a little-remembered live action/animated film. It involves a group of teenage girls who take a job cleaning an old abandoned mansion.

David Carradine plays Gideon Fisk, a strange old man who give the girls a book that releases an evil spirit in the form of various cartoon characters. While the film is more obscure today than similar flicks like Bebe’s Kids and Cool World, there’s a scene in which Fisk hangs himself.

In 2009, David Carradine was found dead in the closet of a Bangkok hotel room with a cord wrapped around his neck and genitals. Due to the manner in which Carradine was found, many have speculated that he died practicing a dangerous sexual act like autoerotic asphyxiation.[4]

Although hanging is a common method of suicide, it is eerie to watch Gideon Fisk kill himself using the same methods by which Carradine passed away almost two decades later.

6 Splendor In The Grass 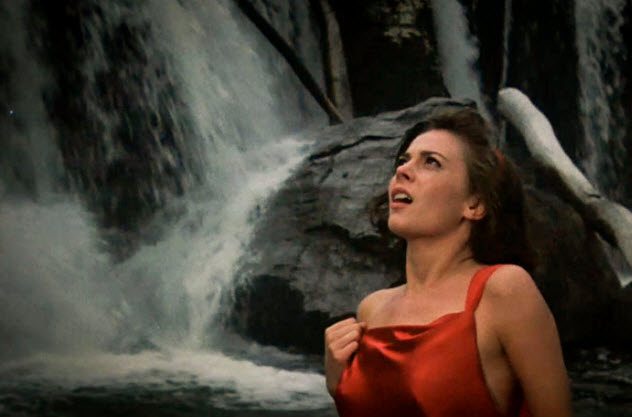 Starring Warren Beatty and Natalie Wood, 1961’s Splendor in the Grass was a romantic tragedy written by Academy Award–winning William Inge and directed by Elia Kazan (On the Waterfront and East of Eden).

Wood played Wilma Dean “Deanie” Loomis, a teenager in 1928 who resists sexual advances from her boyfriend, Bud Stamper, played by Beatty. Stamper’s upper-class family places a great deal of pressure on him to attend Yale University, but Bud soon experiences a physical breakdown and contracts a nearly deadly case of pneumonia after ending his relationship with Deanie.

Distraught herself, Deanie drives to a secluded spot with another boy. When Deanie also refuses this boy’s sexual advances, he tries to rape her. After experiencing a nervous breakdown, Deanie tries to kill herself by jumping in a pond.

In 1981, Wood died in a mysterious drowning off the coast of Santa Catalina Island, which is 35 kilometers (22 mi) south-southwest of Los Angeles. After disappearing from the boat, Wood was later found in her nightgown and socks floating in the Pacific Ocean.[5]

Initially, Wood’s death was ruled accidental. But her demise has long been associated with numerous rumors, including that Christopher Walken was involved in the cover-up. What’s even stranger is that the yacht from which Wood disappeared was named Splendour.

While it might all just be coincidence, it seems like an odd omen that Wood’s death by drowning involved a boat that was named after a movie in which her character had tried to drown herself. 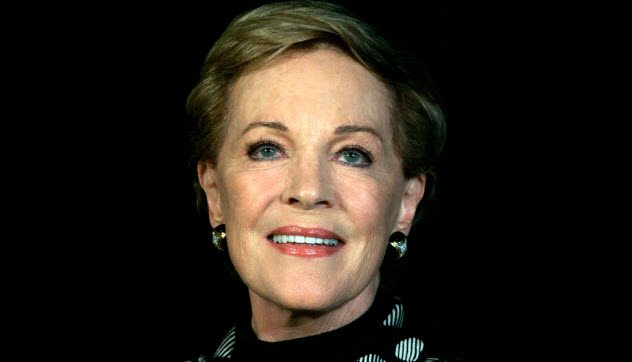 That’s Life! is a film that most people have forgotten since its debut in 1986. Directed by Blake Edwards, the film is about Harvey Fairchild (Jack Lemmon), a wealthy architect who is turning 60. Fairchild’s wife, Gillian (Julie Andrews), is worried about a throat condition that could ultimately result in the loss of her voice. At one point, Gillian even shares her concern with a friend that her singing career is over.

Over a decade later in 1997, Andrews had surgery at Mount Sinai Hospital to remove noncancerous nodules from her throat. However, the surgery left Andrews with permanent damage that destroyed her singing career.[6] Another strange connection between Julie Andrews’s real life and That’s Life!: In the film, Gillian ends up discovering that she doesn’t have cancer after all.

Released in 1988, Heathers is a dark comedy about four teenage girls who form a clique at an Ohio high school. The leader of the group is Heather Chandler (Kim Walker) who at one points asks, “Did you have a brain tumor for breakfast?” Later in the film, Peter Dawson (Jeremy Applegate) says, “I don’t think I could handle suicide.”

In 2001, Kim Walker died of a brain tumor at age 32.[7] While this incident alone would be an eerie parallel to Heathers, the film became even stranger because Jeremy Applegate committed suicide in 2000. This string of odd occurrences makes one wonder if there was a Heathers curse similar to the Poltergeist or Omen curses. 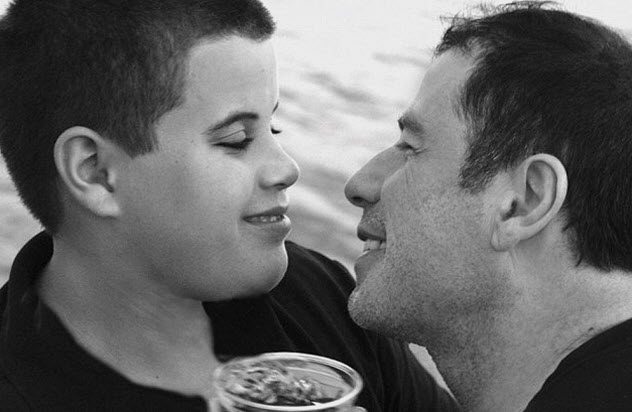 Best remembered as the movie in which John Travolta and Nicolas Cage trade faces, Face/Off is a 1997 science fiction/action film directed by John Woo. The movie opens with FBI Special Agent Sean Archer (John Travolta) surviving a murder attempt by the sociopathic Castor Troy (Nicolas Cage). Archer’s son, however, is struck by the bullet, and the film opens with the son dying in Archer’s arms.

In 2009, Jett Travolta suffered a seizure and died after he struck his head against a bathtub during a family vacation in the Bahamas. Jett Travolta was autistic and had a history of seizures, but no one was prepared for this event. John Travolta has since said that Jett’s death was the worst thing that ever happened to him.[8] 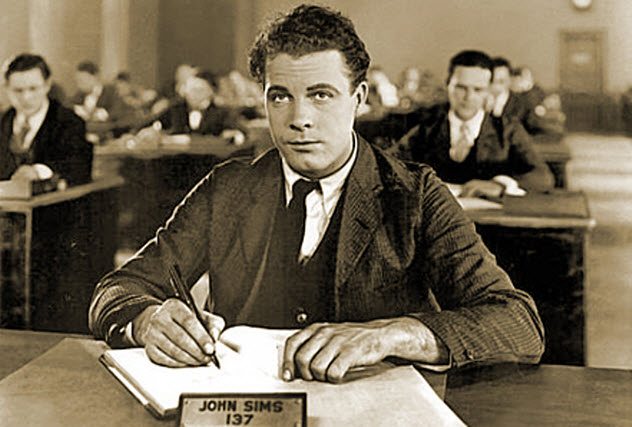 The Crowd is an obscure 1928 movie directed by King Vidor. While Vidor is best known for Duel in the Sun, he directed dozens of films from 1913 to 1980. The Crowd is a silent film that was nominated for two Academy Awards and selected for preservation by the National Film Registry in 1989. The movie follows the life of John Sims (James Murray) as he moves to New York City, marries a woman, and eventually falls into a life of alcoholism and joblessness.

Murray’s performance in The Crowd received glowing reviews and was a financial success. However, his career began to decline due to alcoholism and his violent temper while drunk. Like Murray’s character in The Crowd, the rest of his life involved joblessness and alcoholism.

In 1930, Murray was sentenced to six months in jail because he appeared in court drunk. By 1934, Murray was unable to find any acting work and began asking for change on the street. Two years later, he died at age 35 after falling into the Hudson River and drowning.[9]

1 To Catch A Thief 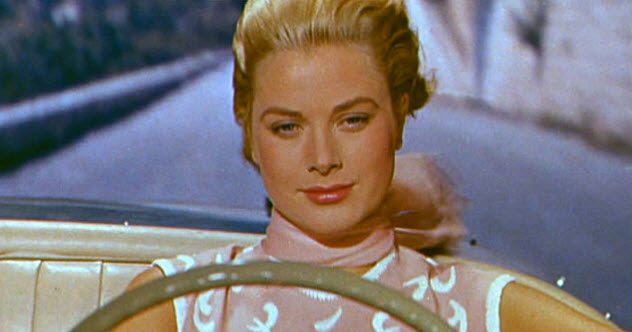 Directed after the classic Rear Window, Alfred Hitchcock’s To Catch A Thief was released in 1955. The film is about retired cat burglar John “The Cat” Robie (Cary Grant) who tries to save his reputation by catching an impostor who is preying on wealthy tourists in the French Riviera. Frances (Grace Kelly), the daughter of a wealthy widow, is Robie’s love interest. During one scene, Frances drives recklessly to scare Robie.

Although Kelly was taken to the nearby Monaco Hospital, she died the following night after being taken off life support. As a result, Kelly ended up dying from a car accident almost 30 years after she had pretended to drive recklessly in To Catch a Thief.[10]