For the majority of people, taking another person’s life would make us feel such intractable regret that we would not be able to live with ourselves. Many murderers express remorse for their crimes. Some, however, are a different story.

When a serial killer is able to smile their way through a murder trial, admit they feel no remorse, and never apologize for their unimaginable crimes, it’s quite clear they’re better off removed from society and safely kept behind bars. These following chilling quotes all prove that those who said them lack any remorse. 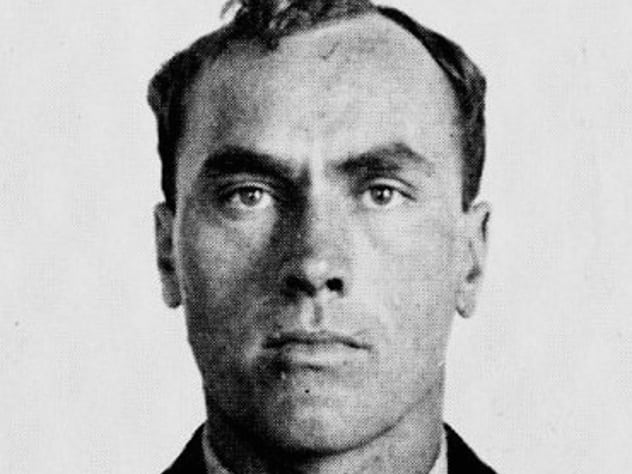 I am not the least bit sorry. I have no conscience so that does not worry me. I don’t believe in Man, God nor devil. I hate the whole damned human race including myself.

There are few serial killers as cold as Carl Panzram, whose murder spree took the lives of as many as 22 boys and men. Born in Minnesota and the son of Prussian immigrants, he claimed to have raped more than 1,000 victims. In his own autobiography, he wrote, “In my lifetime I have murdered human beings, I have committed thousands of burglaries, robberies, larcenies, arsons and, last but not least, I have committed sodomy on more than 1,000 male human beings. For all these things, I am not in the least bit sorry.”

On September 5, 1930, Panzram was hanged at Leavenworth Penitentiary in Kansas for murdering a corrections employee. He allegedly spat in his executioner’s face and cried out, “I wish all mankind had one neck so I could choke it!” When asked if he had any last words, he replied, “Yes, hurry it up, you Hoosier bastard! I could kill ten men while you’re fooling around!”[1] 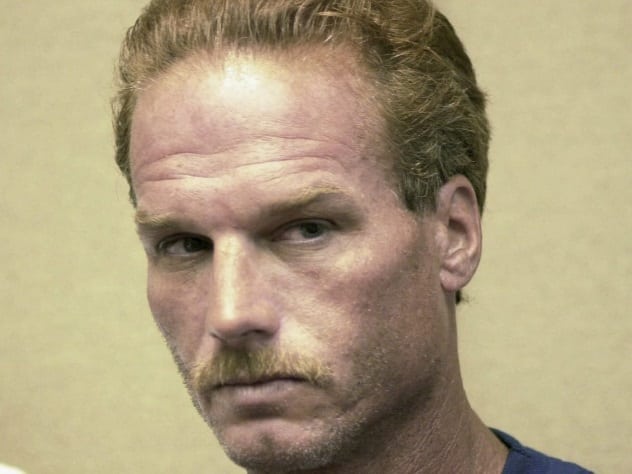 I switched from [stabbing to strangling] because I was tired of getting blood on myself.

In 2001, Gary Lee Sampson’s killing spree claimed the lives of three victims. He was sentenced to death in 2003. In 2011, Sampson’s death sentence was thrown out due to juror misconduct, and a second trial was scheduled. The former drifter and bank robber signed his own death warrant at the second trail with his continued angry outbursts in court, during which he swore at the judge. He also complained that stabbing his first two victims resulted in getting too much blood on his clothes, so he switched to strangling his third victim for a cleaner kill. In 2017, he was sentenced to death for the second time.

Sampson was tried in a Massachusetts federal court, where the death penalty is rare, but his lack of remorse proved he had learned nothing. The son of one of the victims said, “He brays and gloats about what he’s done. They don’t come any worse than Gary Lee Sampson . . . an eye for an eye, a tooth for a tooth.”[2] 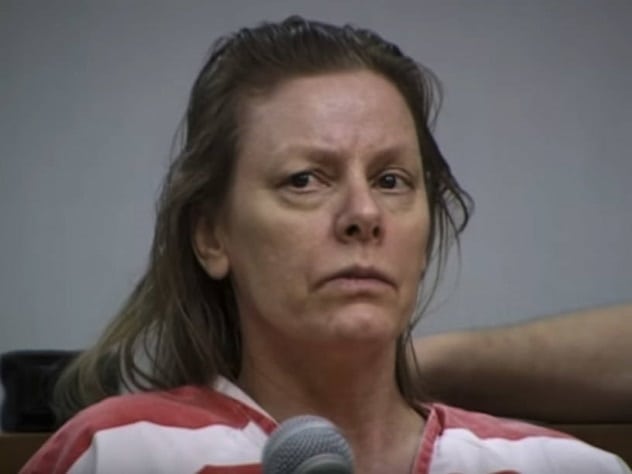 I want the world to know I killed these men, as cold as ice. I’ve hated humans for a long time. I killed them in cold blood, real nasty.

Aileen Wuornos’s outbursts in the courtroom bought her a one-way ticket to death row. Her tragic childhood—one that was witness to abandonment, sexual abuse, and emotional neglect—was overlooked, as her aggressive side would always rear its ugly head. Known as one of America’s most notorious female serial killers, in 1989 and 1990, she shot and killed seven men in Florida who had picked her up as a prostitute.

Behind bars, she wrote, “I have hate crawling through my system.” She also stated that keeping her alive would be “a waste of taxpayers’ money.” When she was convicted and sentenced to death, she yelled at the jurors, “I hope you get raped!”[3] On October 5, 2002, she was executed at Florida State Prison and became the tenth woman executed in the US since 1976, when the death penalty for women was reinstated. 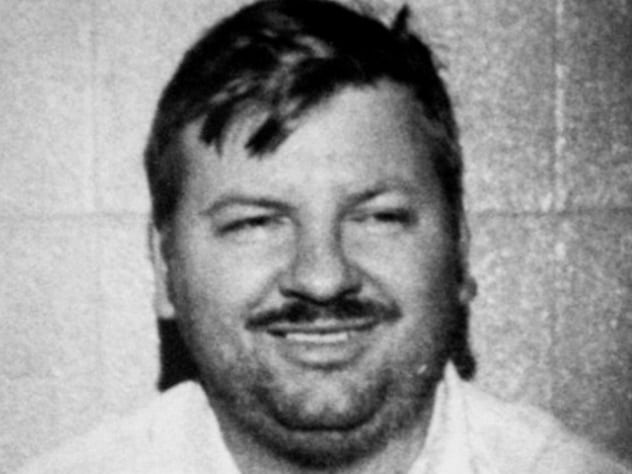 The only thing they can get me for is running a funeral parlor without a license.

John Wayne Gacy was Pogo the Clown by day and a cold-blooded killer by night. Gacy assaulted, tortured, and murdered at least 33 young men and boys between 1967 and 1978. Many of his victims were vulnerable runaways who he would pick up from the streets. His sinister killing spree finally came to an end when witnesses reported he was the last person to have seen the final victim alive.

When police arrived at his home in Cook County, Illinois, they noticed a very strong and foul odor. Returning with a search warrant, it was discovered that the crawl space under the property had been used as a dumping ground for the bodies, or what he would later call “a funeral parlor without a license.” On May 10, 1994, Gacy’s last meal before his execution was a bucket of KFC fried chicken, French fries, a dozen fried shrimp, and a pound of strawberries.[4] 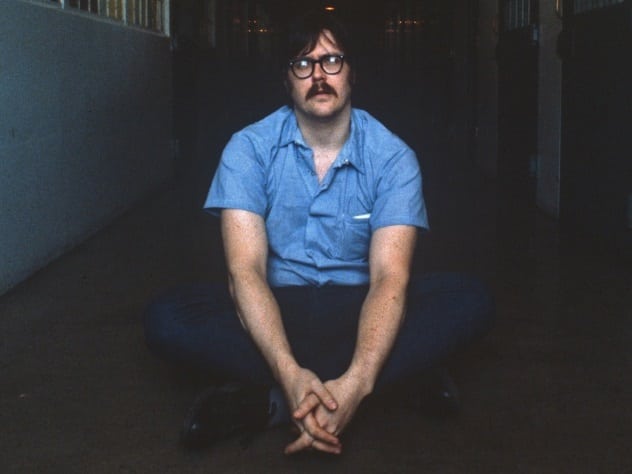 Standing at 206 centimeters (6’9″) tall and weighing over 113 kilograms (250 lb), Edmund Kemper was a killing machine. At the age of 15, he shot and killed his paternal grandparents because he “just wanted to see what it felt like to kill Grandma.” Kemper was sent to the criminally insane unit of the Atascadero State Hospital, but with an IQ of 145, he was able to manipulate the psychiatric test results in his favor, and he was released.

When he was released back to society, Kemper’s dark fantasies returned to him, as a psychiatrist later revealed: “[He] imagined such things as killing everyone in town and having sexual relations with corpses.”[5] Between 1964 and 1973, he murdered eight more victims, including his own mother, and would also humiliate the corpse on many occasions. Recalling the night of his mother’s murder, he said, “I cut off her head, and I humiliated her, of course. She was dead, because of the way she raised her son.” 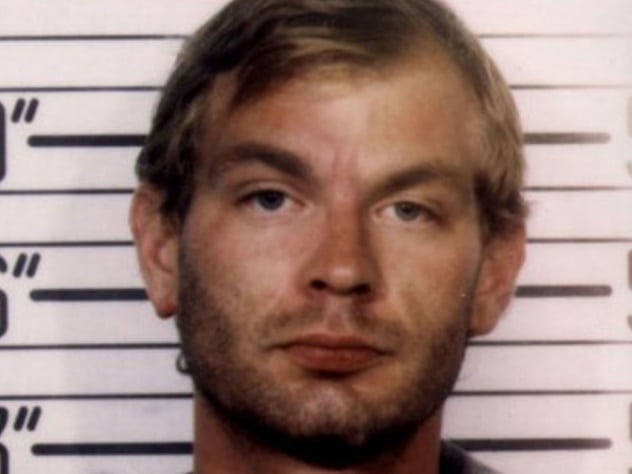 I’ve always wondered myself why I don’t feel more remorse.

Jeffrey Dahmer from Milwaukee, Wisconsin, is one of the most notorious and recognizable cannibals in history. Between 1978 and 1991, he killed 17 men and teenage boys before dismembering and cannibalizing the remains. Struggling with alcoholism, Dahmer was granted an honorary discharge from the Army, and he spiraled out of control.

Dahmer’s apartment was one of the grisliest crime scenes detectives had ever come across. They discovered photographs of dismembered bodies, skulls in the refrigerator, plastic barrels containing three human torsos, strips of human flesh, and a human heart in the refrigerator. On his desire to kill, he explained, “It was a craving, a hunger; I don’t know how to describe it, a compulsion!”[6] On November 24, 1994, a fellow inmate at the Columbia Correctional Institution named Christopher Scarver beat Dahmer to death with a 20-inch metal bar in the showers at the prison’s gym. 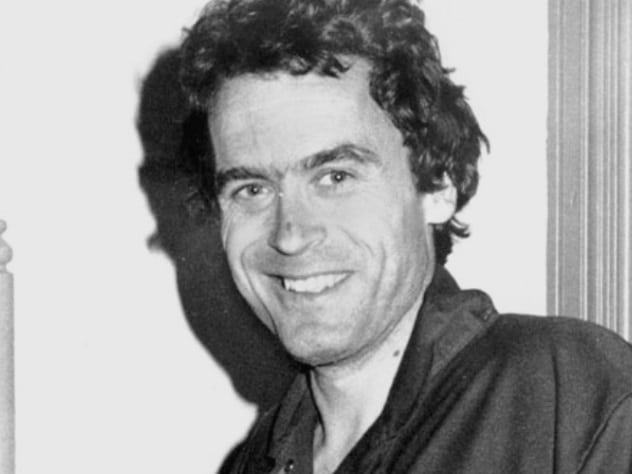 What’s one less person on the face of the earth, anyway?

Ted Bundy played the innocent card during his trial, but once he found himself on death row, his charismatic mask slipped, and he confessed to 28 murders. Speaking of his lack of remorse in an interview with former detective Robert Keppel, Bundy stated, “Guilt [is] this mechanism we use to control people. It’s an illusion. It’s a kind of social control mechanism and it’s very unhealthy. It does terrible things to our body.”

Forensic psychologist Art Norman, who spent more than 100 hours interviewing Bundy, said that the serial killer should never have been executed. He explained, “There was no one on earth who had a better understanding of [serial killers] than Ted. He was an expert. He knew exactly what he was doing. If he had had that consulting capacity, a lot of lives might have been saved. Then [Bundy’s victims] wouldn’t have died for nothing. Ted could have given something back to society. But he wasn’t allowed to. People wanted revenge.”[7] 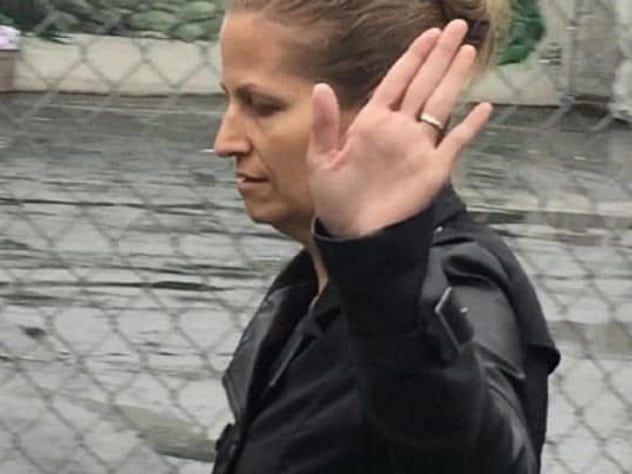 On her new identity: I like Quebec a lot.

Canadian serial killer Karla Homolka and her boyfriend Paul Bernardo raped and murdered three young women—including Homolka’s 15-year-old sister Tammy—between 1990 and 1992. Tammy was given as a victim to Bernardo as a Christmas gift and “an opportunity to minimize risk, take control, and keep it all in the family.”[8] She also helped him kidnap and murder their other two victims, as they trusted because a woman was present that no harm would come to them. Despite her undeniable involvement, Homolka struck a plea deal in return for her testimony against Bernardo, and she was sentenced to only 12 years.

Since her release, Homolka has changed her identity, relocated to Quebec, married the brother of her former defense attorney, and started a family of her own. She caused public outrage when it was revealed she was volunteering at a school in Montreal. She is happily living the life her three victims will never know. 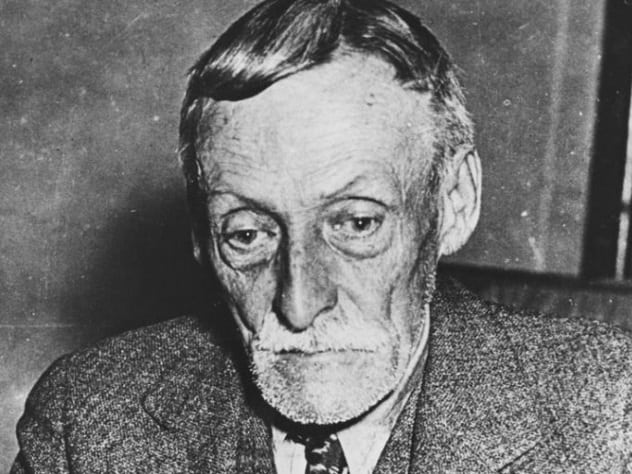 I always seemed to enjoy everything that hurt. The desire to inflict pain, that is all that is uppermost.

Albert Fish is one of the most depraved child killers to have ever lived. He boasted he “had children in every state” and was sentenced to death for the murders of ten-year-old Grace Budd, nine-year-old Francis McDonnell, and four-year-old Billy Gaffney. Psychiatrists who interviewed Fish in the weeks before his trial discovered that he was a sadomasochist adamant on not only inflicting pain on himself but also his victims. Doctors discovered via an X-ray that he had at least 29 needles lodged in his pelvis through self-infliction. 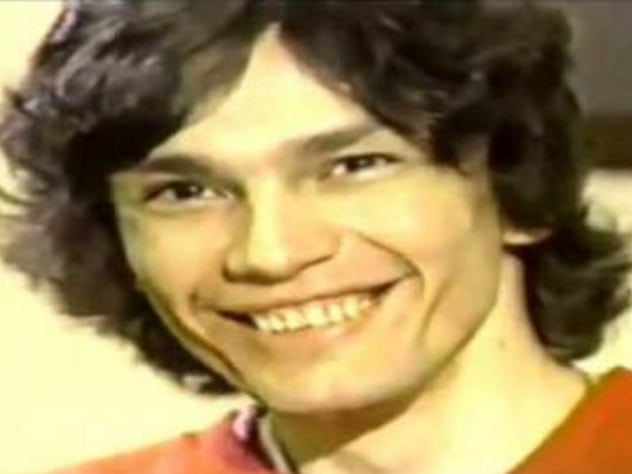 Death always went with the territory. See you in Disneyland.

Richard Ramirez earned the nickname “The Night Stalker” as he terrified residents in Los Angeles and San Francisco from 1984 to 1985. He invaded homes at night and then either shot, stabbed, slashed, or bludgeoned his victims to death. Some of his female victims were assaulted, and the Devil worshiper would also leave Satanic pentagrams behind. In court, Ramirez smiled as evidence was heard, rocked casually in his chair, and held up his hand to show off a pentagram. The judge said the cold killer’s actions were “cruelty, callousness, and viciousness beyond any human understanding.”

On November 7, 1989, after being sentenced to death, Ramirez told the reporters waiting outside, “Big deal! Death always went with the territory. See you in Disneyland.” During later interviews while on San Quentin prison death row, he stated, “We’ve all got the power in our hands to kill, but most people are afraid to use it. The ones who aren’t afraid, control life itself.”[10]