It’s Saturday, which is the perfect opportunity to wind down and catch up on some of the biggest stories of the week. You can find out about the mind-blowing things that happened here. Otherwise, read on for a list that focuses on strange and unique news items.

This was quite a week for stories involving the “blankest blank in the world.” We talk about the oldest human remains in Poland, the youngest person to bike around the world solo, and the oldest fossils on Earth.

If that’s not enough for you, there are also entries involving a dead pimp, a scarf that looks like genitals, and a vote to abolish slavery.

10 A Gruesome Fate For A Neanderthal Child 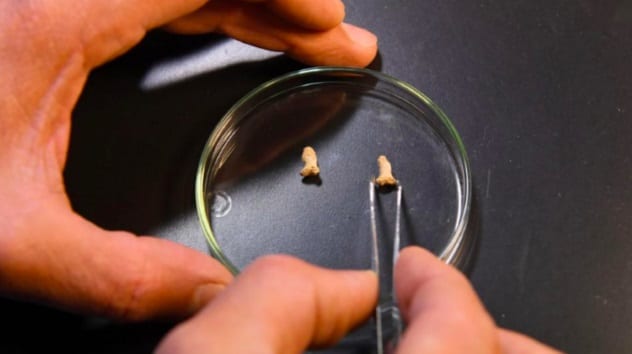 Anthropologists from Jagiellonian University in Krakow and Washington University in St. Louis have analyzed the oldest human remains found in Poland. They tell the story of a Neanderthal child who met a grisly end about 115,000 years ago.

The remains were found a few years ago in Ciemna Cave. They were just two small phalanges about one centimeter (0.4 in) in length which belonged to a Neanderthal child between five and seven years old.[1] At first, they weren’t identified as being human because they were found among animal bones.

A lab analysis revealed that the digital bones came from a Neanderthal. Closer inspection showed that they were covered in tiny holes. The porous surface was a sign that the bones passed through the digestive system of a giant Ice Age bird. However, experts cannot say if the animal attacked and killed the child or scavenged the body.

9 In The Pumpkin Patch, No One Can Hear You Scream 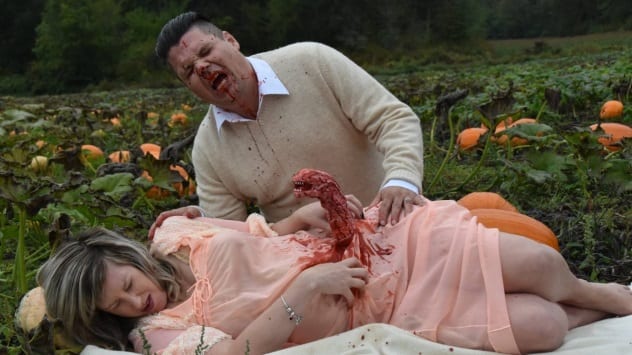 A Canadian couple became popular online after reenacting the infamous “chestburster” scene from Alien to announce their pregnancy.

Back in 1979, a tiny xenomorph burst out of Officer Kane, and horror movie magic was made. Earlier this month, Todd Cameron from Nanaimo, British Columbia, found a model of that alien at a garage sale and bought it for $15.

His wife, Nicole, happened to be pregnant, and the two wanted a maternity shoot to reveal the big news to their friends and family. However, neither of them was interested in a traditional setting and instead opted for something gorier. They believed an Alien maternity scene better represented their shared love of theatrics and the fact that they first met at a Halloween party.

The shoot starts off innocent enough as Todd and Nicole take a stroll through a pumpkin patch. Things go sideways quick, though, as the xenomorph soon makes an appearance by “tearing open” Nicole’s stomach. Todd then chases it through the pumpkin patch.[2] The shoot ends with the new parents posing with their alien baby.

8 Slavery To End In Colorado? 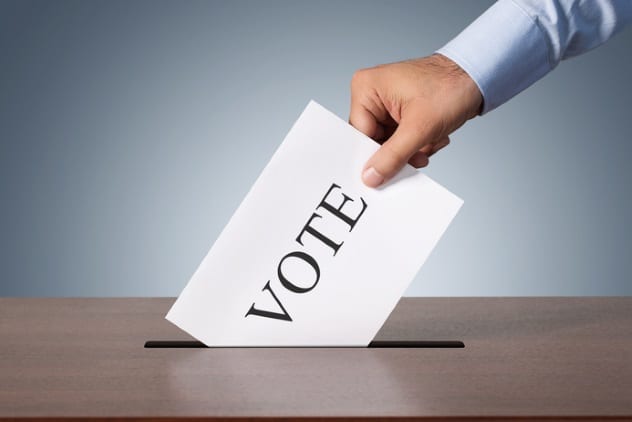 Next month, Colorado voters will get the opportunity to vote on abolishing slavery.

At the moment, the state constitution says that there “shall never be in this state either slavery or involuntary servitude, except as a punishment for crime, whereof the party shall have been duly convicted.” Therefore, slavery could, technically, still be enacted under certain circumstances.

This will actually be the second attempt to abolish slavery in Colorado in recent times. An amendment was put to the ballot two years ago but didn’t pass. Anti-slavery activists blamed the wording, saying that voters were confused on whether they were voting for or against abolition.[3] This time, the amendment put forward by legislators simply states that “there shall never be in this state either slavery or involuntary servitude.”

An Indian police officer from Uttar Pradesh went viral for mimicking gun noises during a criminal encounter after his pistol jammed.

Last week, police from the city of Sambhal chased several lawbreakers into a sugarcane field. As officers surrounded them, Sub-Inspector Manoj Kumar realized his gun has jammed. Unable to fire, he did the next best thing—he started shouting “thain, thain” which is the Indian equivalent of “bang, bang.” He also shouted “maaro” (“shoot”) and “ghero” (“surround”). According to Kumar, his intention was to show the criminals that they were surrounded from all sides and that there was no escape.

His actions amused the online world, but Kumar’s superiors were pleased with the sub-inspector. He is to receive a commendation for bravery. Sambhal Police superintendent Yamuna Prasad considered the sub-inspector a hero for not quitting the battle and shouting “encouraging words for his fellow colleagues in a strategic move.”[4] 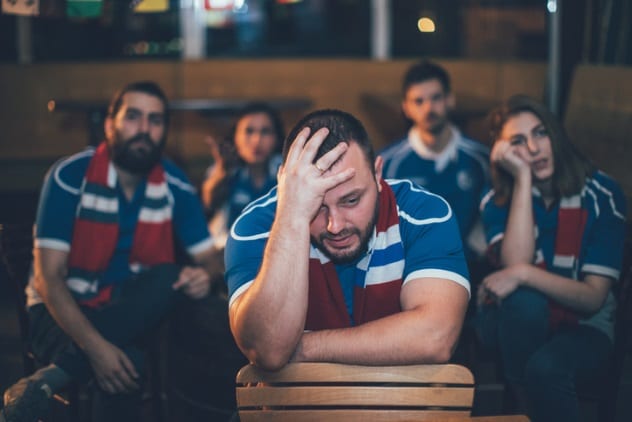 Researchers from the University of East Anglia (UEA) warn that severe climate events which are likely to happen in the future will cause a global shortage of beer.

The beer industry consumes approximately 17 percent of the global barley production. However, severe heat waves and droughts will have a negative impact on the total yield of barley, which, in turn, will affect global beer supply.

This recent study, published in Nature Plants, predicts grain losses anywhere between 3–17 percent, depending on the severity of the weather conditions. At its best, this would cause beer consumption to drop by four percent and the alcoholic beverage to increase 15 percent in price. At its worst, the price would double, and consumption woould drop by 16 percent, or roughly 29 billion liters (7.6 billion gal) of beer.[5]

The shortage would not affect everyone equally. Worst off seem to be beer-loving European countries such as Belgium, the Czech Republic, and Germany. Following extreme weather events, their beer supply could shrink by 27–38 percent. 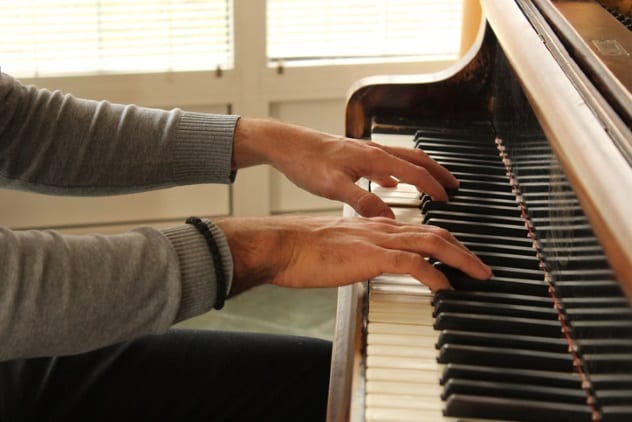 A former researcher was sentenced to three years on the piano for stealing government funds.

A few years ago, Dr. Alexander Neumeister was a neurological scientist at New York University making over $200,000 a year. Despite this, between 2012 and 2014, he used $87,000 of research funds on flights, hotel rooms, and expensive dinners for himself and his family. Prior to this, Neumeister also stole $76,000 while working at Yale University between 2004 and 2010.

He was caught in 2017, pled guilty, and was sentenced Wednesday by US district judge Analisa Torres. Fortunately for Neumeister, the judge noticed in his file that he is a trained pianist, so she opted for an unconventional punishment. Because he had a clean record, cooperated with authorities, and seemed genuinely remorseful, the former researcher was sentenced to play piano for the elderly.[6]

Over the next three years, Neumeister will attend various senior facilities throughout Connecticut and perform one-hour sessions at least twice a week. A native Austrian, Neumeister could have returned to his home country but instead chose to stay and make amends in an effort to regain some of his lost integrity. 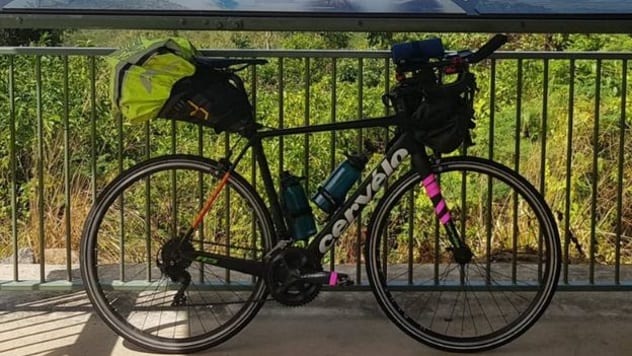 Eighteen-year-old Charlie Condell embarked on a journey earlier this year with an ambitious goal—to become the youngest person ever to bike solo around the world. He has run into a bit of an obstacle, though—someone stole his bike.

The Bristol native started his journey in July. His trip will stretch over 30,000 kilometers (18,000 mi) and take roughly eight months. Already, he has cycled unassisted through 17 countries spanning Europe and Asia.

This Tuesday marked the 103rd day of Charlie’s adventure. He woke up in a hostel in Townsville, Queensland, Australia, to discover that someone had stolen his camping gear, clothes, equipment, and passport. Worst of all, the thief also absconded with his bicycle, named Colin.[7]

The teenager lost around $5,200 in gear, describing the situation as “sub-ideal.” While this will set him back, Condell is hopeful that he will still be able to complete the journey by March per his original plans. Next up are New Zealand and North America. 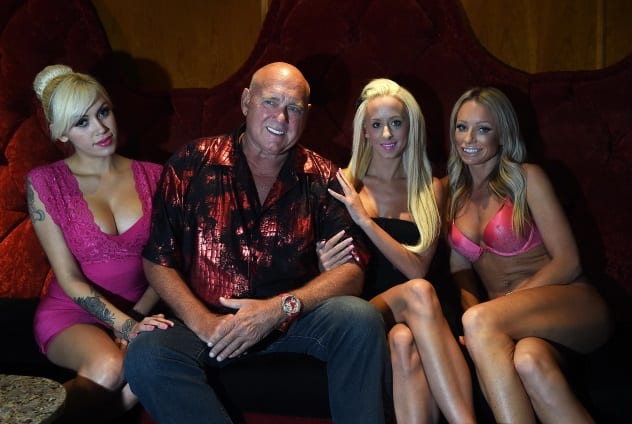 Famed brothel owner Dennis Hof died a few days ago after a party celebrating his 72nd birthday. Despite this notable handicap, many believe Hof is still the favorite to win an upcoming election for state assembly.

Hof owned several legal brothels in Nevada. Most famous was the Moonlite Bunny Ranch, which served as the set for the HBO series Cathouse, where Hof was also a regular. In recent years, he had gotten into politics and was running as a Republican candidate for the Nevada state legislature, promoting himself as the “Trump from Pahrump.”

His campaign manager, Chuck Muth, says that not only will the entrepreneur remain on the ballot, but he expects him to win. If he is elected, Hof’s constituents will be represented by a joint group headed by county commissioners.

The brothel owner’s death might end up benefitting his political campaign. Republican voters already outnumbered Democrat voters two-to-one in his district, but some might have been reticent to side with Hof due to his background. Now that they know he won’t actually serve, Muth believes more voters will be comfortable casting their ballot for Hof.[8] 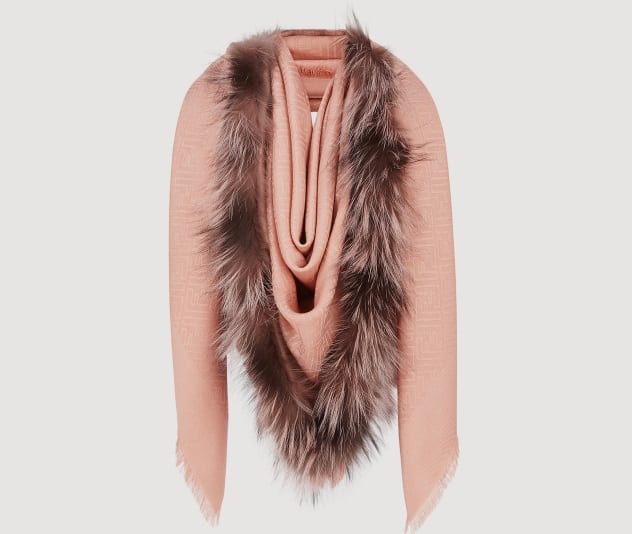 Italian fashion house Fendi has been mocked online for selling a new shawl which looks like a giant vulva.

The garment is called the Touch of Fur. It is peach pink, has several folds, and is trimmed with fox fur.[9] The semblance to female genitals was immediately noticed and shared on social media platforms like Twitter. It’s particularly notable if you flip it upside down.

The pink shawl sold for $990, although it is no longer available. Fendi removed it from their website following the Internet ridicule, although it can still be purchased in blue and red. Meanwhile, some people overlooked the questionable design of the fashion accessory and instead criticized Fendi for using real fox fur. 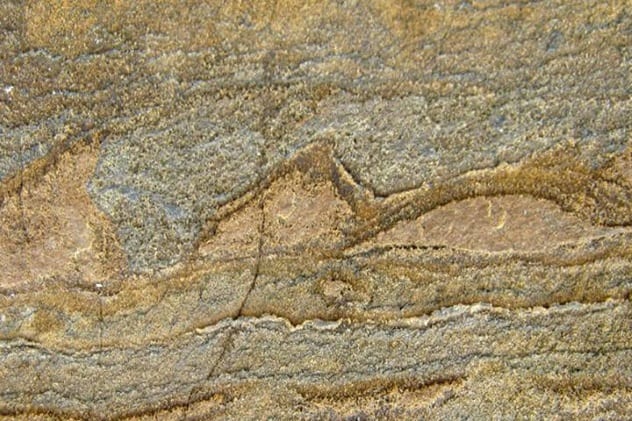 A new study published Wednesday in Nature challenges evidence previously presented as the vestiges of the oldest known life on Earth.

Back in 2016, Australian scientists found in Greenland what they claimed to be 3.7-billion-year-old stromatolites. These rocks are made from layered sediments originally formed by the growth of primitive microbes called cyanobacteria. Therefore, their presence also indicates the presence of life.

Before this find, the oldest confirmed stromatolites came from Australia and were 3.45 billion years old. This discovery pushed the record of life on Earth by 220 million years, but scientists from the California Institute of Technology believe this assertion was erroneous. They claim that a 3-D view of the rocks shows that they don’t have internal layers, unlike true stromatolites. Furthermore, they believe that the ridges of the alleged fossils show that their cone-like shape was achieved through a natural process called metamorphism, which occurs over millions of years.[10]

This story is still developing as the scientific world takes its time to examine the new evidence. However, some experts have already expressed their support for the new reassessment.