Black Friday is well-known around the world as the one day which promises deals unavailable any other time of the year. Stores have begun to open earlier and earlier, some now even opening on Thanksgiving itself rather than having their customers wait until the day after for their doorbuster sales.

With only a limited amount of heavily discounted products available, the race is on. When many people are willing to camp outside the stores to get their place in line, a little shove or nudge isn’t out of the question to ensure they get what they came for.[1] However, in some cases, to make sure they walk away with the items they want, getting the other person out of the way is some people’s sole objective—no matter what the cost 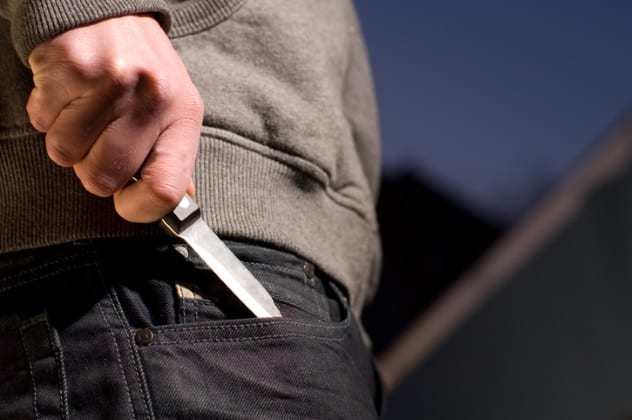 Finding a parking spot is never a fun experience. Even on regular days, where stores aren’t swarmed with mobs of people trying to fight over a 20-percent-off Xbox, finding the right parking space can be just as difficult as pushing past an elderly woman to get a half-priced universal remote. On Black Friday, however, all bets are off. This was the case in 2013 for 61-year-old Ronnie Sharp and 35-year-old Christopher Jackson, who got into an argument over a single parking spot in a Walmart parking lot in Virginia.

The argument quickly escalated, and Mr. Sharp threatened Mr. Jackson with a gun and also pulled out a knife. He ended up stabbing Jackson in the arm. The police were called, and both men were charged, Sharp with malicious wounding and brandishing a firearm and Jackson with disorderly conduct and assault and battery. Mr. Jackson was transported to the hospital first, as the knife wound he sustained had cut straight down to the bone. Both men were released on bail.[2]

Needless to say, neither of them got the spot. 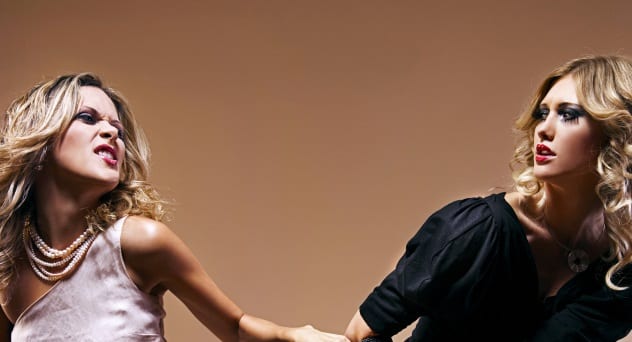 While many who shop on Black Friday are adults, their actions sometimes indicate otherwise. In 2014, at a Walmart in Houston, Texas, customers took a page from schoolyard children’s books when it came to discounted Samsung televisions. A brawl broke out over the limited number of TVs available and ended with a full out game of tug-of-war between two shoppers who refused to let go of a television box. Next to them, a total of four customers lay down on top of one of the boxes until they were pulled off by the cops.[3]

Eventually, one of them was able to take the box. While no one was charged, the absolute chaos of the whole debacle begs the question: Was the discounted television worth their dignity? (These customers would probably answer “yes.”) 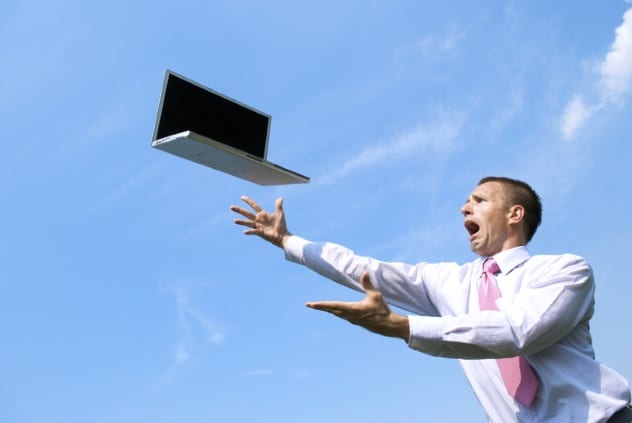 Many times, although a product is wildly advertised for Black Friday, the number of units available is actually limited. At an Orlando, Florida, Walmart, the discounted price of laptops led to a fight among customers as they tried to make their way to the electronics section. According to witnesses, employees began to throw the laptops into the air for the customers to catch in order to break up the fight.[4]

While it was an unorthodox way of handling the situation, no injuries were reported, and no charges were filed.

Brawls aren’t exactly uncommon on Black Friday. In fact, they seem to be one of the staples of the day itself, alongside the coveted overhyped deals and lack of store inventory. While many fights have broken out on Black Friday, one of most ridiculous brawls took place in a Walmart in Little Rock, Arkansas, in 2011, all over a $2 waffle maker.

The waffle maker in question was a heavily advertised limited stock option which was able to cook two waffles at the same time and was priced to sell at $2. Once the sale began, customers resorted to pushing and shoving one another over the waffle maker, a scene described as a “riot.”[5] Eventually, Walmart security was called to break up the fight, and no injuries were reported.

For those who didn’t get the limited amount of $2 waffle makers, a slightly more expensive four-waffle cooker was available.

Black Friday not only brings out the best deals; it also brings out the worst in people. In a Philadelphia mall in 2013, a fight broke out over an unknown product. An argument began between two women inside a department store, resulting in an all-out brawl.[6] One of the women pulled out a stun gun and used it against the other in the middle of the fight to break her hold. Witnesses jumped in afterward to break up the fight, and mall security was called.

Security confirmed the incident later on and said that the two women were escorted out, both leaving empty-handed.

5 Spray Out Of My Way 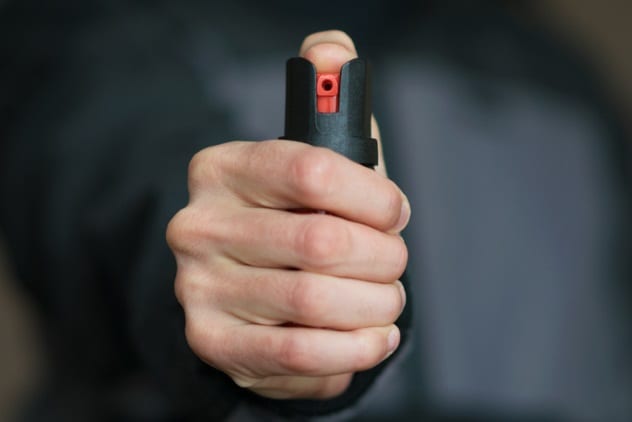 Because there are so many deals happening at once, many have to limit their focus to one or two items. In 2011, a Los Angeles area woman had her sights set on some discounted Xbox game consoles that were about to be sold at her local Walmart. However, she was not the only one with this goal in mind. In order to combat the growing crowd, she took matters into her own hands and began to pepper-spray the crowd.[7] Panic ensued. At least ten people were injured by the pepper spray attack, and another ten were hurt due to the resulting chaos as people attempted to get away from the woman.

While authorities were called, the woman managed to get away during the panic, and it was unclear if she managed to get one of the Xboxes on her way out. 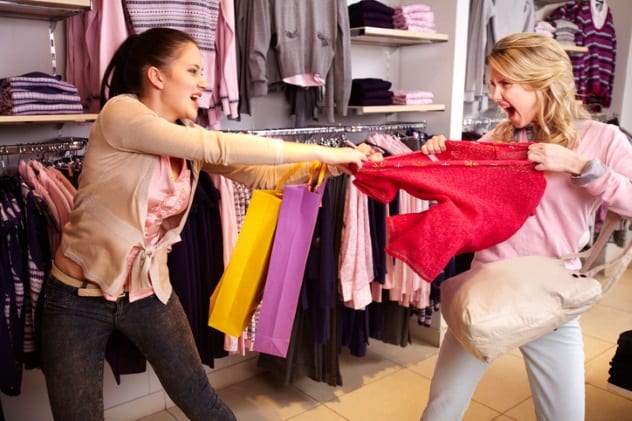 Black Friday’s sales are what make the day so infamous and what lead to customers lining up outside stores, staking their spot until the doors are finally opened. In 2009, a Walmart in California made a decision to stay open through Thanksgiving night to try to prevent the typical Black Friday rush. However, the store was unprepared for the sudden influx in customers as well as the amount of fighting which ensued, causing the store to close down for over two hours.[8]

Local cops were called to aid the workers, who claimed that the customers were tearing into packaging which hadn’t been released yet and fighting inside the store, leading to an estimated 300 people being escorted out. Even while the Walmart was closed, many remained outside, banging on the doors and windows, demanding to be let back in. Reports claim that a few customers even attempted to break in through the garden section but were stopped by police.

Cops remained as a precaution until the crowd calmed down, and the store reopened at around 6:00 AM. This time, the Walmart was more prepared and limited their customers to only 30 at a time, effectively turning the age-old “I will turn this car around” threat into a reality for the Black Friday shoppers. 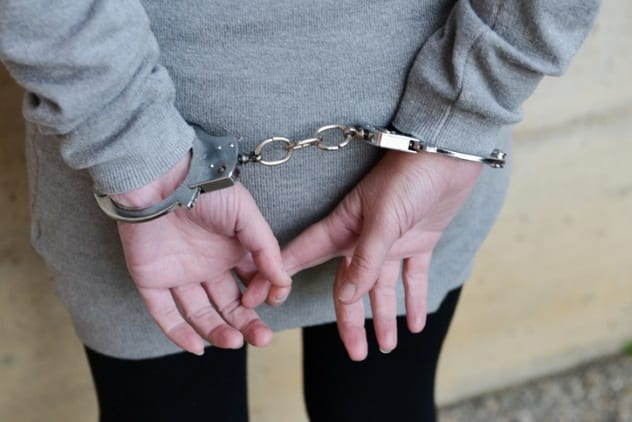 Like other stores on Black Friday, Toys “R” Us would offer limited stock, and lines were long. Many customers worried that if they didn’t get there in time, the toy they wanted would be sold out. This was a worry shared by a 21-year-old Wisconsin woman who, in 2010, attempted to cut in line in order to avoid missing out on the sale. When other customers began to complain and force the woman to go to the back of the line, she threatened to get a gun out and open fire if they didn’t allow her to the front.[9]

Madison police were called, and no gun was found. The woman was taken into custody. She used her shopping money to post bail and told reporters that she just wanted to get her daughter the toy she wanted for Christmas.

On Black Friday, it’s best to remember to stay in your spot in line. 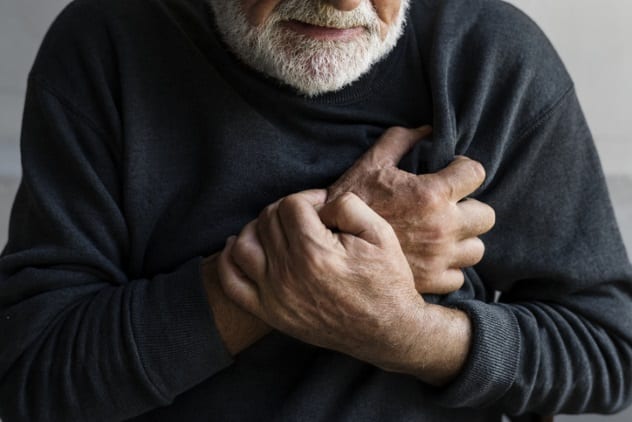 It’s not hard to get swept up in the sheer energy that comes along with Black Friday. The rush is almost infectious, sweeping from person to person as the countdown begins. And finally, as those doors open and the crowd moves forward, all other thoughts are lost in the mad rush to get inside. Unfortunately for a West Virginia man who was attending a Black Friday sale at a Target in 2011, this meant his comrades in shopping arms simply stepped around him to get to the deals after he collapsed. The 61-year-old man, named Walter Vance, collapsed on the floor, and the shoppers around him did nothing to help, many continuing to head toward the deals and some even stepping over his prone body.

Two shoppers, an ER nurse and an off-duty paramedic, eventually did notice Mr. Vance’s body, and they administered CPR while calling for an ambulance. Unfortunately, Mr. Vance passed away at the hospital not long after.[10] 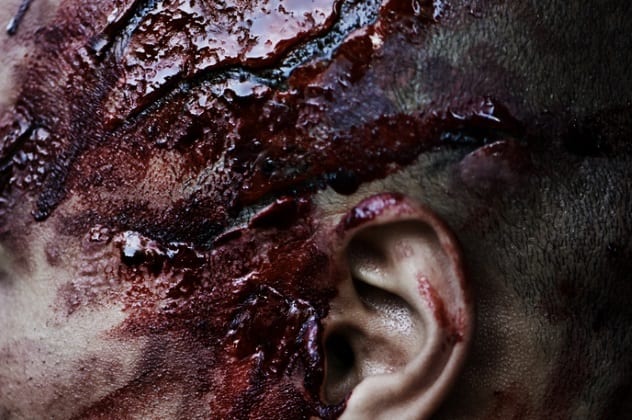 The wait for Black Friday deals can be agonizing for many. In 2008, at a Walmart in Long Island, the wait was too much for the gathering crowd, who burst through the doors and into the store. Employees had to scramble out of the way as the mob “took the doors off the hinges” in their rush.[11]

During this stampede, one employee wasn’t able to get away and was trampled to death by the crowd of over 200 people. By the time workers, some of whom had to get up on vending machines in order to avoid the crowd, were able to make sense of the chaos, 34-year-old Jdimytai Damour was found dead. A total of four others were injured during the mayhem.

While Black Friday deals are supposed to be once-in-a-lifetime, how far is considered too far when it comes to obtaining them?