Even before the humble beginnings of philosophy in ancient Greece, humans have been obsessed with the idea of substances, where one material ends and another begins, and the general building blocks of life. But over the thousands of years that we’ve studied various materials, we’ve developed a good idea of what’s what. With the science of chemistry and the periodic table, we’ve come to figure out and predict how basic substances or materials work.

Some materials have bizarre and abstract traits and are frankly quite weird. Nature seems to operate by strict rules, where things are seemingly predictable and fit wonderfully into neat little explanatory packages. This gives us the ability to categorize things in different ways and understand them for what they are.

Here are 10 absolutely strange materials that have been discovered by scientists throughout the years. 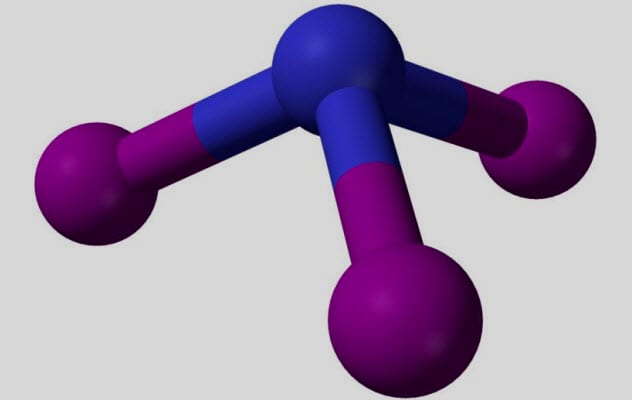 While triiodide itself refers to one chemical which can be mixed with many others to create different chemicals, triiodide, short for triiodide ion, isn’t inherently very interesting. It’s often a yellowish substance that turns red when prepared in such a way to create nitrogen triiodide, with the inorganic compound designation of NI.

Most explosives use chemical processes which are quite complex, or heat and combustion. But not nitrogen triiodide, which is explosive on contact. That’s right. Take a simple gram or so of this powder, set it on a table, touch it with nearly anything, and watch the show.[1]

All that’s required for it to blow up is simple contact, or friction. This material is so unusual due to its volatility that even touching it can cause it to explode. 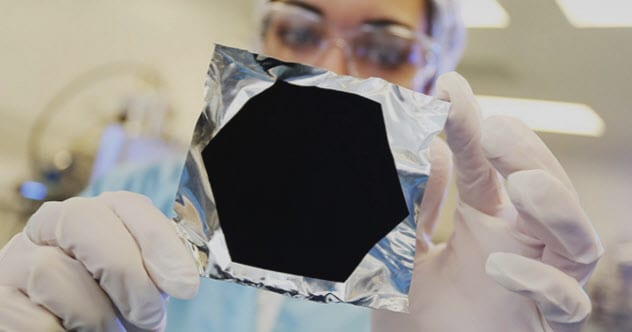 Vantablack is an artificial material that was developed by Surrey NanoSystems. This coating goes on many things, from paint to carbon objects. It’s the material equivalent of a black hole in that it traps light, so much so that three-dimensional objects coated with the material appear to be two-dimensional as the refraction of any light is so heavily reduced.

It holds the world record for the darkest artificial substance and the darkest black you can buy. The material absorbs 99 percent of all light it comes into contact with.[2]

People even coated a building with it in South Korea to create “the darkest place on Earth” in a mimicry of the deepest recesses of space. The goal was to create an experience of being absorbed into blackness—a deep, dark cloud of black.

Three-dimensional objects coated in Vantablack actually look like shadows from the profile view. Definitely an interesting material, to say the least. 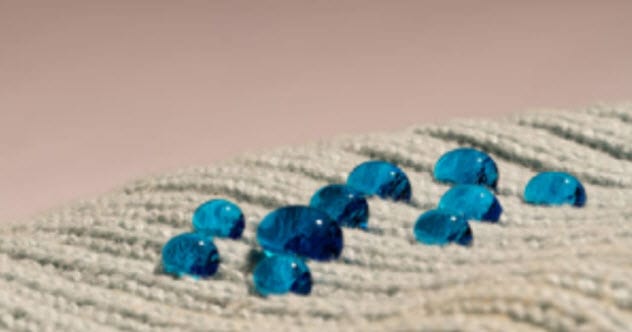 Ultrahydrophobic material isn’t the stuff we buy to coat leather and suede products or the spray coatings that protect our outdoor wood projects from the rain and other elements. An ultrahydrophobic coating actually causes water to encase itself into tiny spheres that look like gemstones or marbles.

It’s so water-resistant that if you sprayed your old windshield with it, you could drive in the rain at up to 64 kilometers per hour (40 mph) and your windshield wouldn’t get wet.[3] Goodbye, trusty windshield wipers.

In fact, ultrahydrophobic material repels almost all liquids, causing them to shrivel up into little balls that you can even roll around as if they were actual marbles. This material is genius and has a lot of applications, including those for high-tech industries. It’s also ultra-weird.

Ferrofluid: How it works (by Michael Flynn)

Ferrofluids are a type of liquid that can easily be formed into strange shapes without even touching them. Often dark, blackish, reddish, or grayish liquids, ferrofluids act very much like any other liquid when they’re outside the presence of a magnetic field.

The moment the fluids come into contact with a magnetic field, they become highly magnetized, morphing shapes, bending, or pulling. They do everything our usual solid magnets do, only as a liquid state.

This stuff looks like a dark, liquid metal. It can be purchased online or even made with readily accessible Internet instructions. Like so many other wonders of physics, it’s truly an amazing sight to see ferrofluids in action as they respond to the magnetic field and fall right in line with it. Then they disperse randomly once the magnetic field is removed.[4] 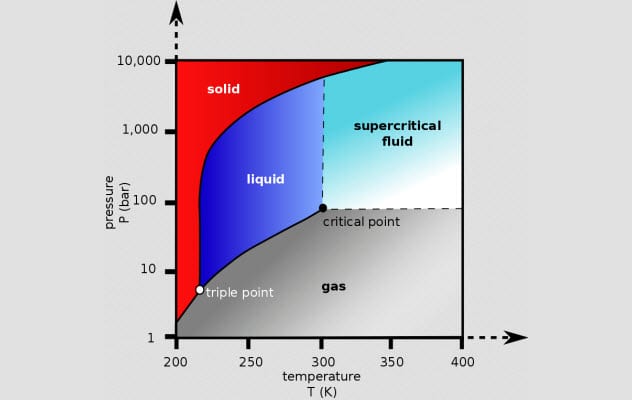 Supercritical fluid is a material created under certain circumstances of temperature and pressure. It suspends the dividing lines of physical properties as we know them. In short, supercritical fluid is a substance somewhere between liquid and gas. It is a mixture of both, and yet it is neither liquid nor gas.

Supercritical fluid is a gas-like substance with highly liquid properties.[5] If you were to delve into the atmospheres of some planets, like Jupiter or Neptune, you would be immersed in it. It’s a super-freaky version of all liquids . . . or is it a gas?

Nitinol is a trade name for nickel titanium, a metal alloy with some extremely unusual (and important) properties. Nitinol is often used in the medical industry, but it has other applications.

The weird thing about this metal is that it’s almost like the liquid metal featured in the movie Terminator 2: Judgment Day in that it can always return to its original shape. Nitinol has superelasticity, or a memory for its original form.

So if you make an object out of nitinol and then bend it completely out of whack, it’ll automatically crawl and form back into its original shape before your eyes (aka pseudoelasticity). These shape memory properties make it both fun and practical.[6]

This temperature difference can be controlled within 1 degree Celsius (1.8 °F). From algae that remembers the light shined upon it to nitinol which always remembers its original shape and returns to it under the right conditions, materials with a “memory” are definitely fascinating and weird. 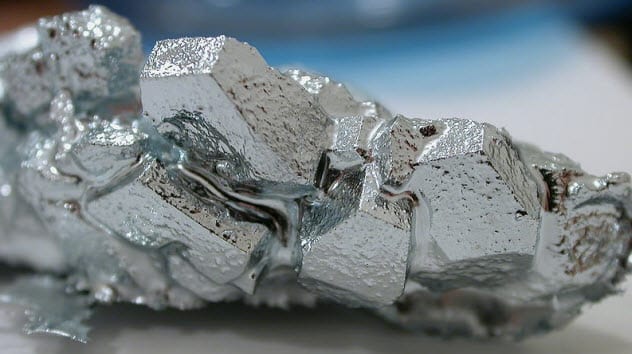 Gallium is a metallic element with the atomic number of 31, which even more closely resembles the liquid metal from Terminator 2: Judgment Day. Gallium’s particularly strange characteristic is the low temperature at which it liquefies, which is only a tad shy of 30 degrees Celsius (86 °F). That’s close to room temperature in many places.

This metallic element is bright, shiny, and silvery white in color. When you handle gallium, there’s no ambiguity that you’re handling a liquid metal. As a liquid, this metal can be played with—it rolls and forms into various shapes in your hands.[7]

Gallium has many practical uses, like LED lights, cabling, and pharmaceuticals. It’s an extremely soft metal, even in its solid state. In fact, it’s so soft that you could slice into it with a knife without much resistance at all. If you made a solid sphere, a ball of gallium, and then picked it up, it would melt in your hand. That’s one fascinating metal. 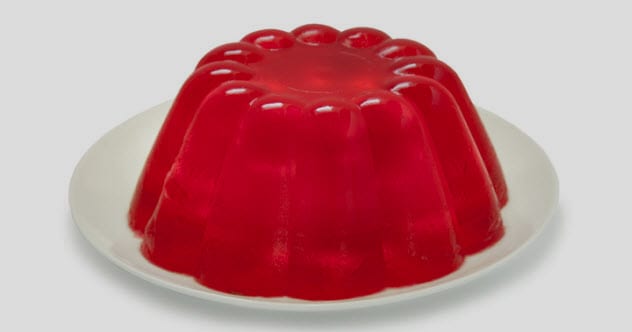 A hydrogel maintains its shape and doesn’t flow around objects like a solid does, but it bends amazingly like a liquid with an extremely soft pliability. JELL-O is one famous hydrogel that we all know about. It’s a fun snack for people around the world. But there are other types of hydrogels and other uses for them besides foods.

Due to their flexibility and durability, hydrogels are showing great promise in the world of science for biomaterials, which go on or in the human body. Their ability to completely liquefy, fill a space, and then solidify and still be flexible is mind-blowing.[8]

Hydrogels are a series of polymers that contain both chemical and physical properties which change their state from solid to liquid seamlessly. When heated, the polymer proteins dissipate and travel more freely. When cooled, those same proteins harden again but not quite as drastically as when water hardens into ice. These proteins make hydrogel one of the most unusual feeling and visually entertaining substances. 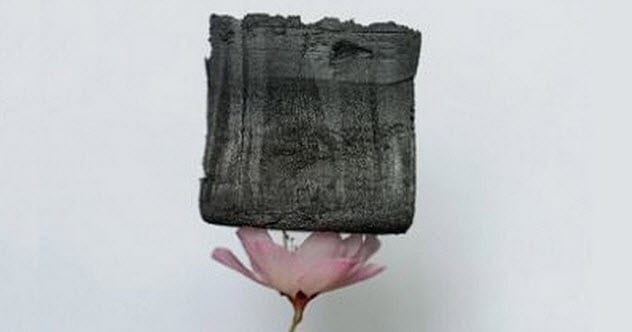 Graphene aerogel is the lightest material on Earth and definitely the lightest solid material that we know of. It weighs in at just 0.16 milligrams per cubic centimeter, almost lighter than air. Its density is even lower than helium, although slightly higher than hydrogen, the lightest of all the gases.

Graphene aerogel is created by taking a hydrogel and replacing the liquid contents with air, making the substance 99.98 percent air by volume. This is why it’s so light—it’s empty. There aren’t a lot of the dense atoms of a solid or a liquid to weigh it down. As a result, graphene aerogel is the least dense of all known solid materials.[9]

On top of being used today for many adhesives, coatings, and fillers, graphene aerogel is also being developed as a lightweight material for 3-D printing that produces precise results. The future of graphene aerogel shows much promise, and this substance is going to be a staple of the future for printing items like lightweight coffee cups or even jewelry. 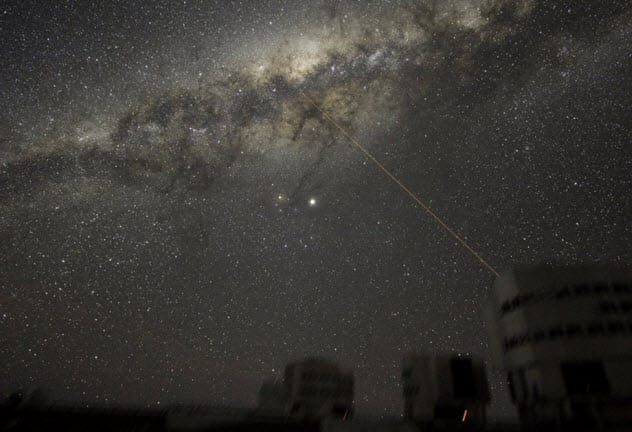 Dark matter is one of the most elusive substances in the currently known universe, and that makes it arguably one of the most fascinating. Dark matter makes up about 27 percent of the physical universe. It cannot be detected by its luminosity, the refraction of light that we use to “see” and detect regular matter with our eyes and instruments.

Instead, dark matter can only be detected by its gravitational pull. We know it’s out there, but we can’t see it. So we can only perceive its presence by its pull on other objects that we can see.

With its existence first hypothesized in the 1970s, dark matter set the stage to explain the mysterious movements of many objects being pulled in its gravitational field—like galaxies which seemed to miraculously escape the gravitational pull of the larger galaxy cluster to which they belonged.

Gravitational lensing occurs when a substance in space distorts the space fabric and “bends” light from behind it. Even though we can’t see dark matter, this is how we know it exists. It bends the passing light rather than emitting or reflecting light.[10]

This means that about 5 percent of our universe can actually be seen and detected using observation of the actual substance itself. It can only be perceived by its effect on the tiny sliver of the universe we can see. This makes dark matter one of the strangest substances detected by modern science.

I like to write about dark stuff, fun stuff, weird stuff, history, and philosophy. Here’s a fun one about weird and wacky substances.