The world of soap is weird. There are people carving soap on social media to trigger pleasure in their audiences, while artists disturb theirs with bars containing human ingredients.

Soap can be scary. From falsifying marijuana readings in babies to trending as a deadly online challenge, some facts sound almost too crazy to be true. Thankfully, soap also has a sterling side—the world’s first magnetic soap is destined to curb environmental spills, and simple bars are at the front line of fighting sex trafficking. 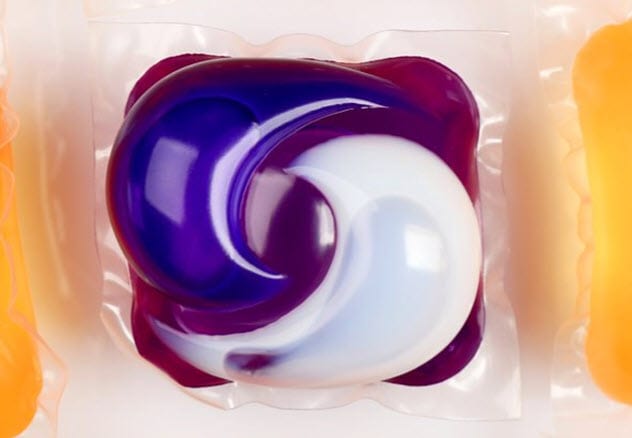 When teenagers follow viral challenges online, things get hairy. Teens have dared each other to hold burning items, set themselves on fire, and even to throw boiling water on unsuspecting victims.

In recent years, another challenge surfaced. Called the “Tide POD challenge,” videos started to circulate showing teenagers consuming laundry detergent. They filmed themselves chewing the pills and sometimes even frying them in a pan beforehand.

Most spit it out, but in 2017, US poison control centers recorded 220 cases of teens affected by Tide capsules and around 25 percent had endangered themselves intentionally. The trend continued the following year despite authorities’ attempts to educate parents and teens about the dangers.

The soap pills are toxic. Ingesting them can lead to vomiting, unconsciousness, and seizures. Several younger children have been hospitalized, but they probably mistook the detergent for sweets. (They have a candy-like look and smell.) Regrettably, around eight kids below age five have died after eating them.[1]

9 A Remedy For Restless Legs 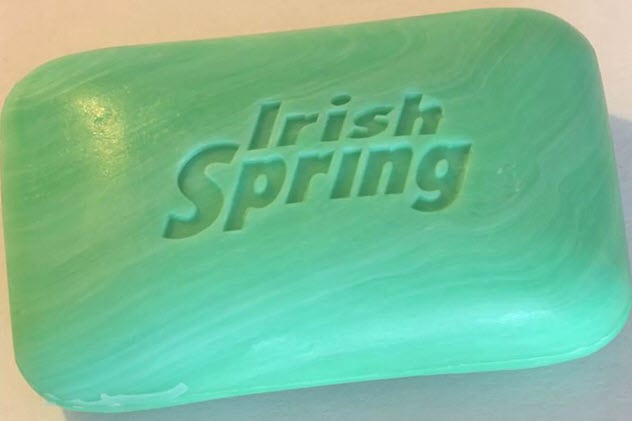 Restless leg syndrome (RLS) can be an annoying condition. When sufferers get comfy for the night, their legs start cramping. Worse, RLS manifests every night for some people.

Humans have their remedies for a lot of things, and RLS is no different. However, the home treatment for this condition is weird—placing a bar of soap under the sheets.

Although there is no scientific research to back up the claims, online communities have posted so many “I’m cured” testimonials that the trend hit several popular medical shows on TV. Dr. Jim Sears from The Doctors revealed that 42 percent of the participants of a Twitter poll claimed that unwrapped soap placed near their feet had banished RLS permanently.[2]

During The Dr. Oz Show, Dr. Mehmet Oz theorized that lavender-scented soap might work best because lavender has a calming effect on the body and mind. Although science must still confirm that the remedy is real, fans know exactly which brands to avoid. According to the soapy lore, Dial and Dove do not work for RLS. 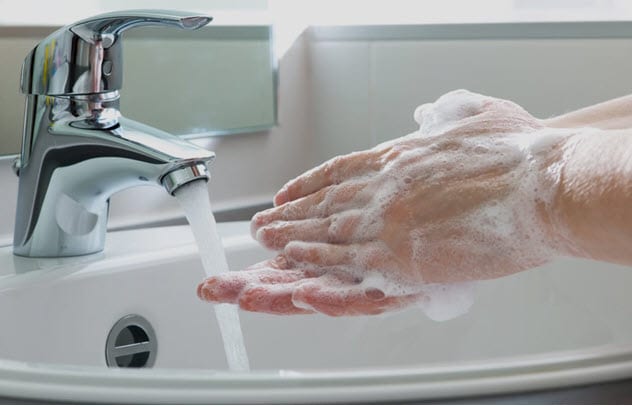 By 2016, the US Food and Drug Administration (FDA) was done eyeing an ingredient called triclosan. They banned it from being added to soap. Triclosan started out as the good guy. Soap manufacturers included the microbe-killing compound to truthfully market their product as antibacterial.

However, the FDA was not aware of any evidence that antibacterial soap was more effective than working up a germ-removing lather with regular soap. In addition, the agency balked when scientists linked triclosan to antibiotic resistance. The latter happens when bacteria evolve to survive a drug designed to kill them.

The danger goes beyond bugs merely resisting an antibacterial compound. Sometimes, the bacteria mutate so effectively that they develop strains that are immune to several antibiotics—despite being exposed to just one compound.

Frighteningly, triclosan-inspired resistance showed up in Salmonella and Escherichia coli tests. Triclosan was banned from commercial soap but is still added to hospital soap and even clothing and toys.[3]

7 Why Frozen Suds Are Stunning

When frozen, some soap bubbles are surprisingly beautiful. Frosted snowflake-type patterns decorate their domes, and for decades, nobody could explain the process behind the phenomenon.

In 2019, physicists found the answer. They left suds on a surface inside a walk-in freezer. The magic happened when the surrounding temperature was the same as the bubble. The orb started freezing the moment it made contact with the surface.

What started out as a normal freezing pattern, moving from the entire bottom upward, soon destabilized into feather-like crystals. Swirling upward, hundreds of the crystals merged and created the patterns.

The currents pushed the crystals upward until the patterns bloomed from multiple cooling spots. Ironically, that destroyed the Marangoni flow which created it. 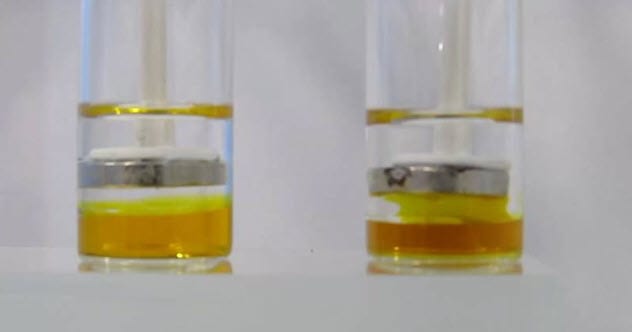 The world’s first magnetic soap is a sticky affair. During its design, scientists focused on the ability to clean up a serious mess, including industrial spills at sea. The team wanted a substance that could neutralize pollutants before being picked up itself.

In 2012, the drawing board suggested the best way to succeed would be to create a soap attracted to a magnet. The end result was a liquid detergent infused with microscopic iron bits.

To test the soap, the fluid was poured into a tube with water and oil. The latter was less dense and floated over the soap. When a magnet was held over the tube, the soap defeated both gravity and the surface tension between the oil and water.[5]

The fact that it bubbled up through the oil showed that the magnetic soap worked. Once refined, it could be the breakthrough that environmentalists need. Traditional substances used to break up spills often stay behind in the soil or sea and release more harmful chemicals. 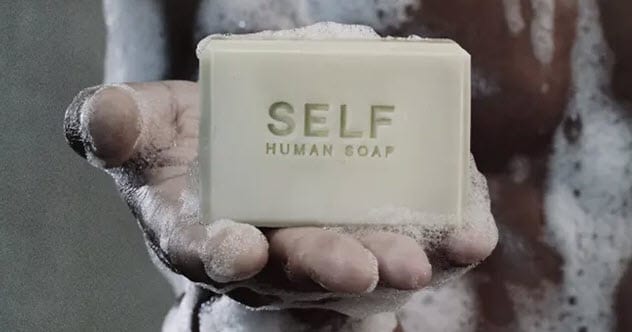 In 2019, a shop hosted an artistic tour at the Adelaide Festival. Dutch artist Julian Hetzel called his display Schuldfabrik (“Guilt Factory”) to point out the wasted excess in First-World communities.

At the start of the tour, people washed their hands with a frothy, white soap made from the fat of liposuction patients. If the scrubbing with human fat was appealing, a bar could be purchased for $35. Visitors could also expect to be interrogated about their recycling habits and watch a fake liposuction procedure as well as how the soap was made.[6]

A strange room played classical music while bubbles frothed from the ceiling and dripped human-looking shapes on the floor. Finally, each group met the company’s CEO for a speech about Schuldfabrik‘s benefits, including the donation of the sales and soap to Third-World communities.

However, a journalist who took the tour described the talk as chilling because it mixed religious zeal with fat shaming, suggesting that this was how overweight people could finally be “useful” to the less fortunate. Schuldfabrik apparently does not know or care that poverty can also cause obesity due to a lack of healthy foods. 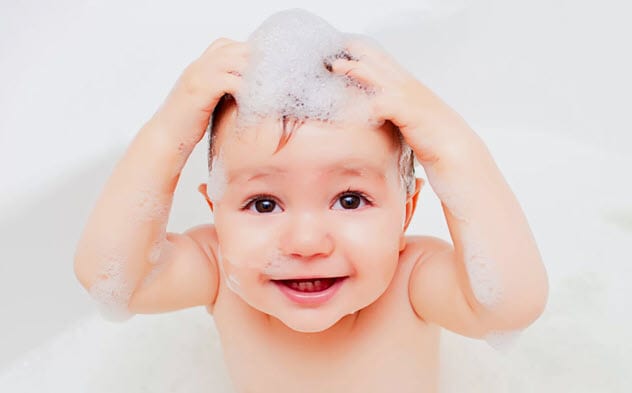 Imagine being a new parent—who does not indulge in marijuana—and a doctor says your infant’s urine is pot-positive. The worst-case scenario could include social services and accusations of child abuse. When there was a spike of positive babies in 2012, researchers became suspicious and not about the parents.

Tests showed that all five could trigger a positive signal for tetrahydrocannabinol (THC), the active ingredient in pot. Researchers cannot explain why. None of the soaps produce a “high,” and they are not marijuana in any form. The most likely explanation is that certain compounds in the soap are structurally similar to THC.[7] 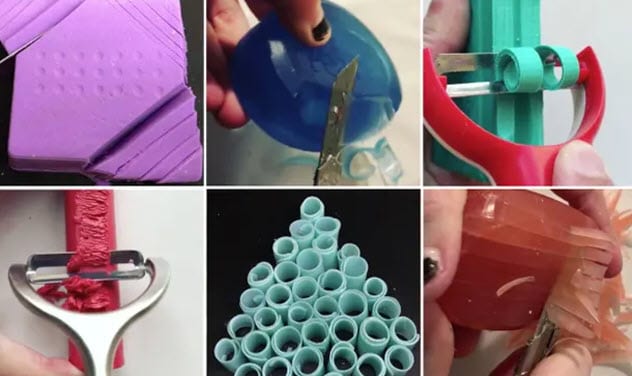 A physical sensation spawned the so-called ASMR scene. People try to trigger the autonomous sensory meridian response through their senses. The right trigger—a sound, certain visuals, or touch—sets the scalp tingling. Described as pleasurable, this feeling then spreads to the rest of the body.

Triggers depend on what works for the individual, but examples include brushing the scalp and whispering. During the last few years, soap has become a hugely popular ASMR trigger. Thousands of people follow soap-whittling YouTube and Instagram accounts.

The videos, simply showing someone’s hands handling the bar and a cutting tool, can set scalps tingling and keep viewers mesmerized. The strange effects are also reported by the carvers, who claim to sleep better and have a higher capacity for dealing with stress.[8]

Apparently, the sound of soap being sheared and the sight of the surfaces getting sliced can trigger the auditory and visual aspects of ASMR in some people. 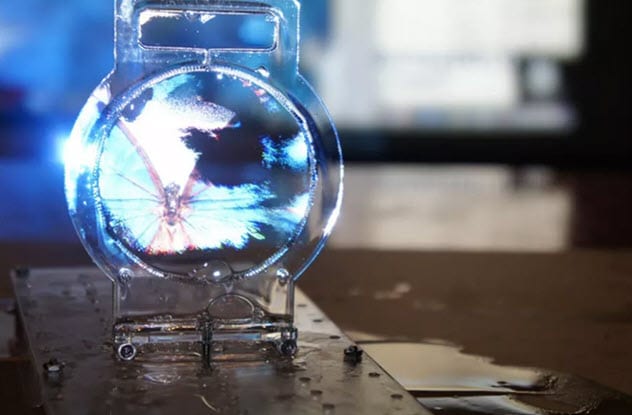 In 2012, three universities merged to create the world’s thinnest display screen. To achieve this, Carnegie Mellon University, the University of Tokyo, and the University of Tsukuba turned to membranes. They needed a soap bubble but one that would not burst so easily.

The team hit upon a special mixture that provided the tough membrane. The next step was to find a way to control its texture and transparency, which was crucial to the quality of the images projected on it. For this purpose, the researchers found that ultrasonic vibrations controlled the surface perfectly.

When several screens were used, a 3-D effect could be achieved. Fans are still far away from watching their favorite soap opera on a soap bubble, but the screens showed promise. The images were vivid, realistic, and, of course, in 3-D.[9] 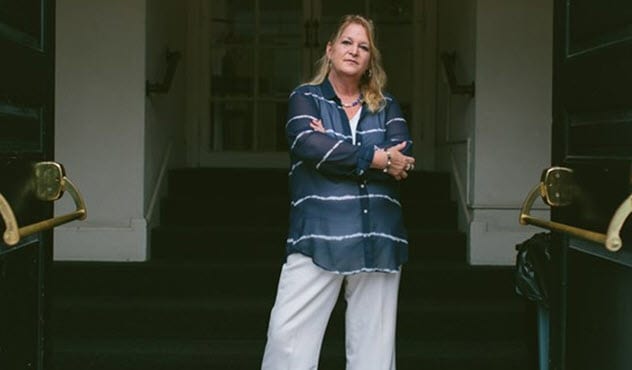 A victim of sex trafficking, Theresa Flores, was left for dead in a motel. Flores survived and created a unique initiative. The project is called S.O.A.P. (Save Our Adolescents from Prostitution).

Her organization moves in when big events arrive in cities, such as the Super Bowl and the Detroit auto show. Such events cause an influx of men and sex workers, but many of the girls are trafficked against their will.

During sporting events, local police and the FBI view sex trafficking as their prime concern, but Flores takes the more direct approach to reach victims. She could have used a special number that day when she was abandoned in the motel.

For this reason, S.O.A.P. makes its own soap to distribute among hotels and motels. The label on each bar reads, “Are you being forced to do anything you do not want to do? Have you been threatened if you try to leave? Have you witnessed young girls being prostituted? If so, please call: 1-888-373-7888.”[10]

This offers victims and witnesses a slight chance—where previously there was none—to call the National Human Trafficking Hotline for help.