More than 120 years since its publication, Dracula by Bram Stoker remains one of the most popular horror novels of all time. The story has gained a massive legacy, not to mention tons of retellings and adaptations.

With so many variations of the classic vampire tale, many misconceptions have arisen concerning the original lore and the characters portrayed in the book. Here are 10 common myths surrounding the story of Dracula debunked. 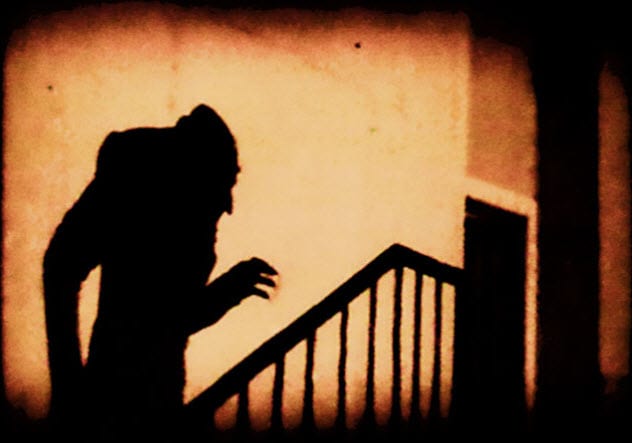 This popular vampire weakness was not conceived until the 1922 silent film Nosferatu. In Stoker’s novel, Dracula’s supernatural abilities were weakened in the day, but he was not killed by sunlight.[1] Between heightened powers in the dark as well as the ability to strike undetected, Dracula chose to operate by night due mostly to convenience.

9 Vampire Slaying Was Not Fun Killing vampires is often portrayed in media with exciting action sequences, but to say that these depictions are accurate would be a stretch to say the least. Vampires rarely even had the ability to fight back because most vampire killings in the novel occurred when the creatures were asleep. The process by which a vampire was killed was also more graphic and less exciting than adaptations may lead you to believe.

Stoker first revealed the process of vampire slaying with the character Lucy Westenra. After a very brief struggle, she was forced into her coffin before being staked through the heart. Many don’t realize that more precautions followed. Lucy also had her head removed and her mouth stuffed with garlic. Needless to say, the process was long, grotesque, and not very exciting.[2]

8 Van Helsing Was No Action Hero 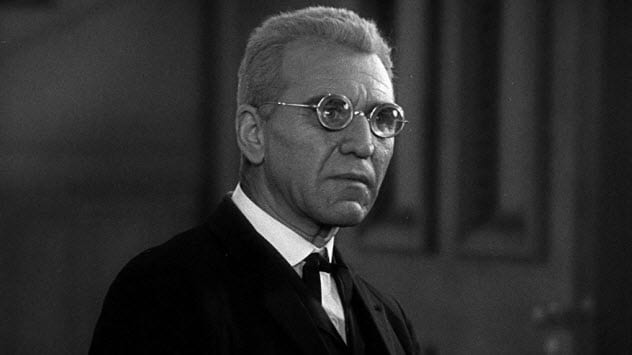 Stoker’s Van Helsing is awesome, just not in the way you might think. Professor Abraham Van Helsing is an old man in this story with a mysterious knowledge of vampires. Basically, the exact opposite of Hugh Jackman in the 2004 Van Helsing film.

In the novel, Van Helsing first attempted to stop Lucy from turning, and when he failed, he worked tirelessly to destroy Dracula before more damage could occur. Ultimately, he was the reason all five vampires in the story were defeated.

Van Helsing never traded blows with Dracula but instead defeated him with intellect. Thanks to his very competent understanding of vampires, Van Helsing was able to guide the other protagonists on their quest to destroy Dracula. The professor was also able to predict Dracula’s behavior and use the vampire’s weaknesses.[3]

7 More Than A Few People Wanted To Kill Dracula 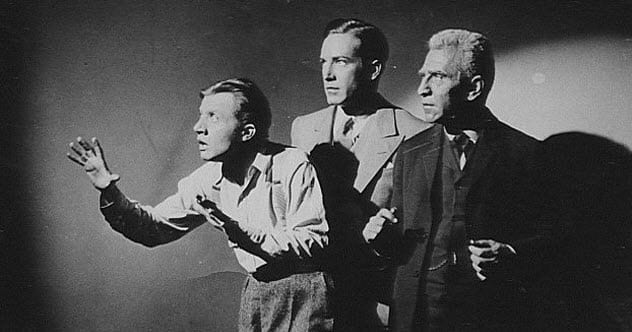 Most films feature only a few people bent on destroying Dracula. Often, they are not aware of Dracula’s abilities until late in the story. The book, however, contained a fairly large company of people who were fully aware of the evil they faced.

It consisted of Jonathan Harker, Mina Murray Harker, Abraham Van Helsing, Arthur Holmwood, Quincey Morris, and John Seward.[4] In short, the story was led by six protagonists who all vowed to destroy Dracula. Due to the complexity of the narrative, this number is often adapted into a smaller group.

6 Dracula Has More Abilities Than You Think 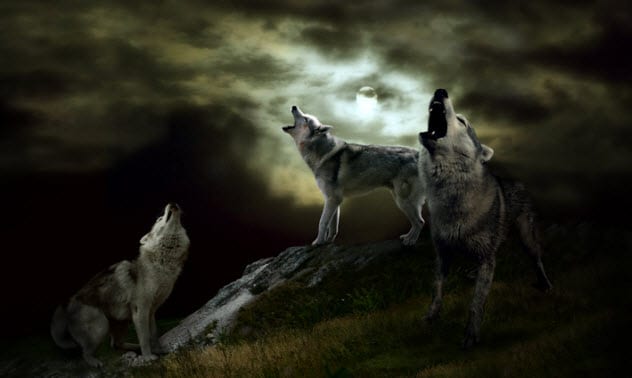 Yes, Dracula can turn into a bat, he can suck blood, and he has no reflection. But did you know that he can control and become wolves, foxes, rats, elemental dust, storms, and mist?

Thanks to Van Helsing’s strangely vast knowledge of vampires, we are told about many of their secret powers.[5] Most of these abilities are neglected in adaptations even though many of them played a significant role in the story. It could even be argued that wolves and mist were more integral to the novel than bats.

5 It Takes A Long Time To Become A Vampire 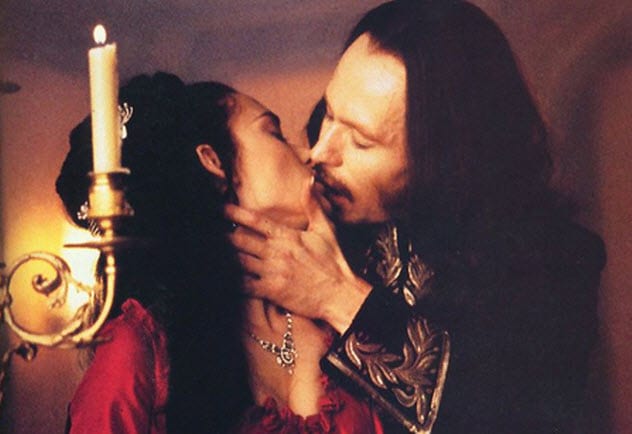 Bram Stoker made it very clear in his novel that the vampire transformation is not a fast one. It required Dracula to continually drink the victim’s blood. Lucy’s transformation took long enough for John Seward to be alerted, inform Van Helsing, wait for Van Helsing to arrive, and then try to reverse the process.

When attacking Mina, Dracula forced her to drink his blood. But it is never revealed if this was a necessary part of the process. Once the victim had lost enough blood to Dracula, they would die before rising as the undead vampire.[6]

4 The Brides Were Barely In It 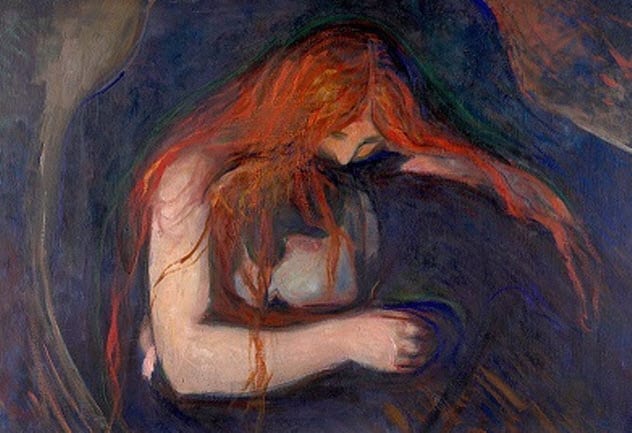 The three women often referred to as the “Brides” had very little to do in the story. They only had a handful of encounters before being slain by Van Helsing. Also, they are never referred to as brides. They could even be sisters, daughters, or lovers, but brides have become their most common affiliation with Dracula.

If they truly were brides, Bram Stoker made no priority in fleshing out the details. Though they were very minor characters, they were a huge catalyst to incite Jonathan Harker to realize his dilemma in the story.[7]

3 Renfield Was More Insane That You Thought 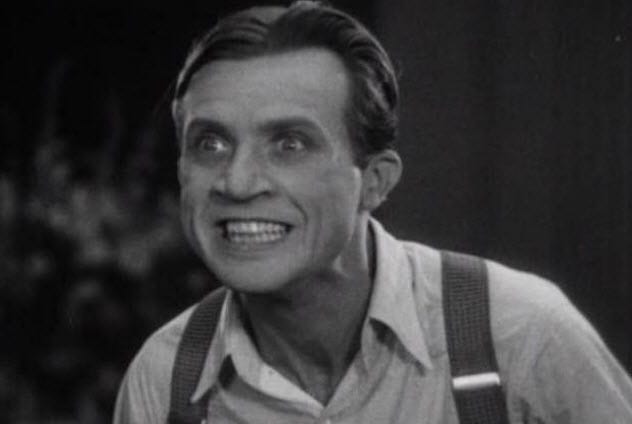 Like the brides, Renfield has a very small but vital role in Dracula. He was a patient of Dr. John Seward, who studied Renfield’s odd condition.

Though Renfield was not a vampire himself, he spoke highly of Dracula and foretold his coming to London. There was more to him, though. Renfield believed that blood was life. As a result, he ate bugs and birds. He even went as far as to ask Dr. Seward for a cat.[8]

2 The Ending Was Kind Of Anticlimactic 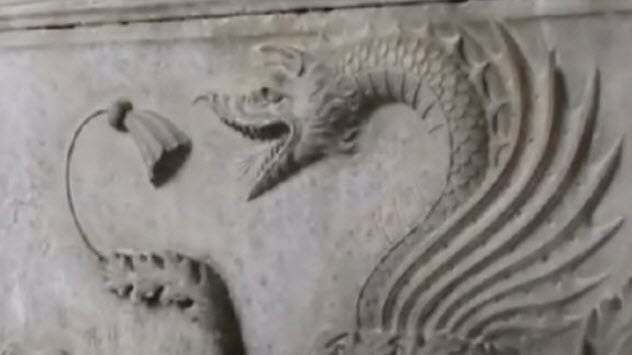 The final battle with Dracula was not a particularly exciting one. After Van Helsing and his allies purified the Transylvanian earth boxes in England, Dracula could not remain and retreated to his country. Along the way, he was chased by his enemies who used Mina’s link to the vampire to keep tabs on him.

Finally, he was intercepted and killed. There was a brief battle with the count’s gypsies, who mortally wounded Quincey Morris, but Dracula himself has a very brief and anticlimactic end.[9]

1 There Was No Reincarnation

While film adaptations like to add the idea that Mina is Dracula’s reincarnated lover, this was never even remotely implied in the book. There is no indication that Mina, or any other character for that matter, existed in lives preceding the ones described in the novel.

Reincarnation is a common trope for retellings of Dracula, but it never appeared in the book. Films to feature this include Bram Stoker’s Dracula (1992) as well as Dracula Untold (2014).[10] 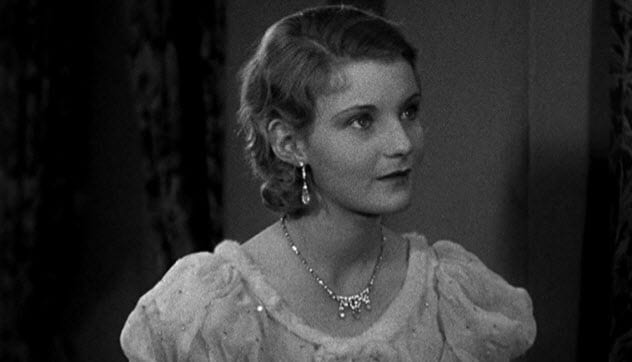 Similarly, Mina Murray Harker never had any romantic desire for Dracula. She is often portrayed as being in a love triangle between the vampire and her husband, but this was never the case.

Throughout the book, she resisted Dracula and helped the group find and kill him. She even insisted that her husband kill her should she begin to turn. Her connection to Dracula is interesting but not romantic.[11]

This is often dramatized in adaptations. In the novel, there seems to be no special connection between Dracula and Mina whatsoever. Dracula is not portrayed as a sympathetic character and is implied to view Mina as just another victim.