With another week in the history books, it’s time to sit back and review some of the stories that made the news over the last few days. Click here if you want to get caught up on last week’s offbeat list.

We have quite a few tales from the world of crime this week. There are the antics of a bumbling Australian robber, the scam of Moroccan tree-climbing goats, and the lookout parrot used by Brazilian drug dealers. In science news, anthropologists study the importance of ancient beer, while paleontologists marvel at the strangest crab that has ever lived.

Normally, the Easter Bunny brings joy and chocolate eggs, but the lesser-known Florida Bunny only served a can of whoop-ass on Easter Sunday. A video has made the rounds online showing a person in a bunny costume joining a fight between a man and a woman outside a bar in downtown Orlando.[1]

At the moment, it is unclear what the brawl was about or who started it. The clip begins with the fight in progress and shows the bunny jumping in to the woman’s aid while other onlookers are content to film and cheer.

The bunny gets a few decent shots in before police arrive on the scene and break it up. Local news reported that there were no arrests following the altercation because nobody wanted to press charges.

In a later development, the identity of the bunny was revealed as 20-year-old Antoine McDonald, who is wanted in New Jersey for multiple car burglaries. 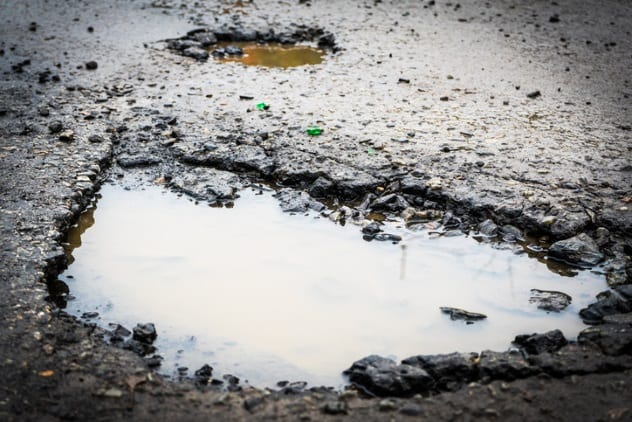 It is hard to think of anything which is universally hated by everyone on the planet, but potholes make a strong candidate. Even so, there is at least one man from Gretna, Nebraska, who might have a pothole to thank for saving his life.

On Monday afternoon, a 59-year-old man was in an ambulance being rushed to the hospital. His heart rate was through the roof, peaking at 200 beats per minute. Paramedics did not think he would survive the 20-minute trip to the hospital, but then the ambulance hit a pothole. Something curious happened: The patient’s heart was restored to normal rhythms.[2]

The man arrived at the emergency room in time and was released from the hospital after making a full recovery. Nebraska Medicine’s Dr. Andrew Goldsweig referred to the strange phenomenon as “rare, but [ . . . ] well-described.” An electrical shock using paddles is the classic way shown on television of dealing with an irregular heartbeat, but apparently, a jolt from a pothole accomplishes the same thing. Gretna authorities refused to disclose the location of the livesaving crater to protect the patient’s privacy.


8 A Society Built On Beer 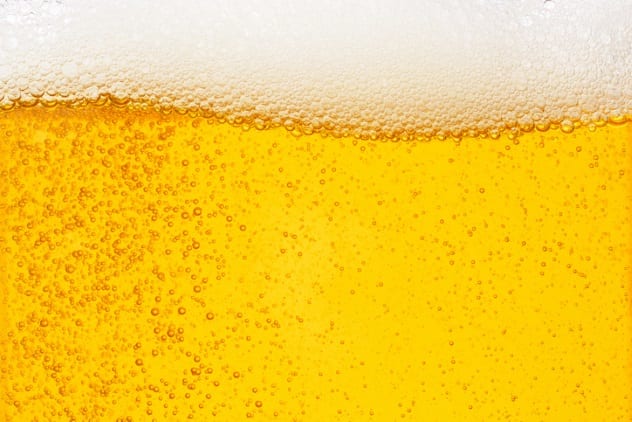 Anthropologists from the Field Museum in Chicago have been studying the Wari culture and believe they have uncovered one of the main reasons why it survived for 500 years: a steady supply of beer.

The Wari Empire emerged around AD 600 and occupied most of modern-day Peru. About two decades ago, a team from the Field Museum uncovered an ancient brewery in Cerro Baul, which they believe showed how important the alcoholic drink was to Wari society.

The Wari made a beverage called chicha, which was served at taverns located next to the brewery. The drink was only good for about a week, so it could not be shipped. Instead, people from all over the empire attended festivals in Cerro Baul, where they partook of chicha. They included hundreds of politicians and other VIPs who would drink out of 0.9-meter-tall (3 ft) vessels decorated like Wari gods.[3]

Researchers analyzed shards of those vessels and established the origins of the clay and the chemical composition of the beer. They determined that the clay was local and that the beverage was made from drought-resistant pepper berries. Anthropologists argue that brewers wanted to ensure that there was always a steady supply of alcohol, which was important to the stability of Wari society. 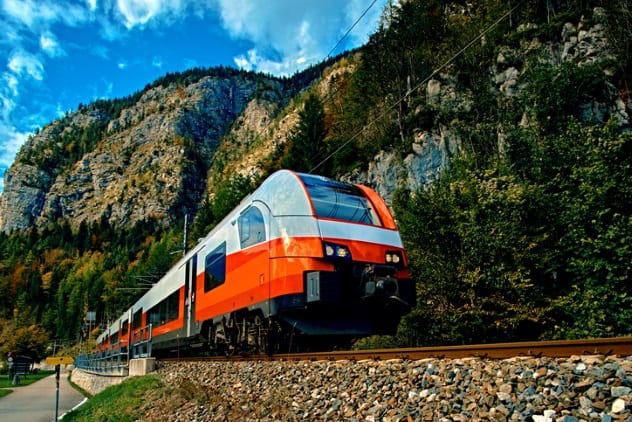 Last Saturday night, an Austrian man who escaped prison over a decade ago turned himself in to the authorities because he was fed up with living on a beach in the Canary Islands.

The 64-year-old man landed at Munich Airport and took the railway to Salzburg. Jumping out of the train carrying two suitcases, he approached nearby police officers and informed them that he was a fugitive from the law. While authorities did not publicly identify him, they did confirm that he escaped prison in Eastern Austria and was taken back to jail.[4]

According to a statement given by the fugitive to police, he spent the last ten and a half years on the run, mostly on Tenerife. In the end, he wanted to come home because he’d lived there long enough and also because the popular tourist destination “is not as nice as it used to be.”


6 The Goat Boondoggle Of Morocco 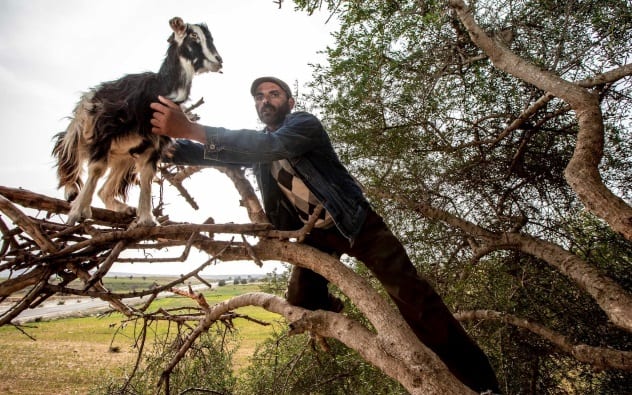 An investigative environmentalist has exposed the famed tree-climbing goats of Morocco as a scam.

If you browse the Internet long enough, chances are you will see a picture of these intrepid animals perched on the branches of the Argania tree in Morocco. These kinds of images are wildly popular and often get shared on social media.

People are surprised when they find out that the photographs are genuine. The goats really are up in the trees; they just didn’t get there by themselves. In fact, the whole thing appears to be a racket dreamed up by local farmers to boost tourism.

British photographer Aaron Gekoski has discovered that people are placing the goats up in trees so that they can charge tourists for photographs.[5] Being nimble and adept climbers, the animals can stand in the trees for hours without falling. When they get tired, the farmers swap them out with a different set. They take them all down in the afternoon and start over again at sunrise. 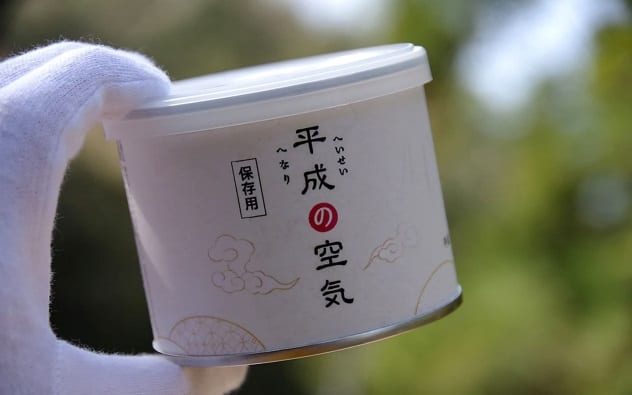 Next week will be a momentous period for Japan, as Emperor Akihito will abdicate, and his son, Naruhito, will assume the Chrysanthemum Throne. This will also mark the end of the Heisei period and will signal the start of a new era called Reiwa, which means “beautiful harmony.” However, those who wish to remember the old days can do so by buying cans of “air of an outgoing era.”[6]

The cans have gone on sale this week and cost around 1,000 yen ($9). The air itself comes from the village of Henari in Gifu Prefecture because its name uses the same kanji symbols as Heisei, the name of the current period.

Minoru Inamoto, the president of the company promoting the cans of air, says that the current plan is to sell 1,000 of them. They are intended as mementos or for people who want to keep “breathing the fresh air of Heisei after the new era comes.” 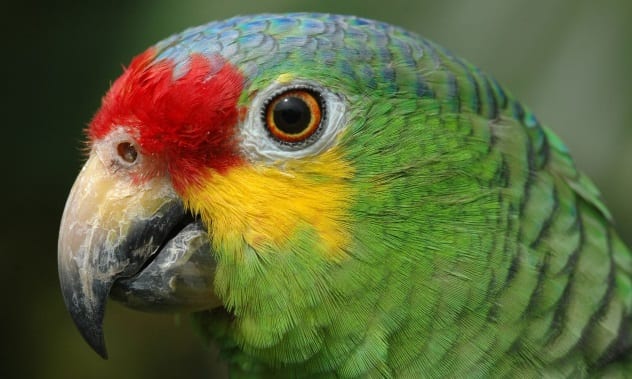 Cunning Brazilian drug dealers have enlisted a new ally to aid them in their illicit schemes: trained parrots that warn them of incoming police.

Recently, authorities executed a raid on a drug den in Vila Irma Dulce in the north of the country. However, the criminals were alerted by a parrot which started shouting, “Mama, police,” in Portuguese when law enforcement were getting close.[7]

Police arrested a man and a woman and also took their winged accomplice into custody. He has been described as being “super obedient” and, so far, has refused to sing like a canary. The bird has been turned over to a local zoo, where it will spend a few months in order to learn how to fly and be a proper parrot again. Eventually, it will be released into the wild.

3 A Night At The Potato Hotel 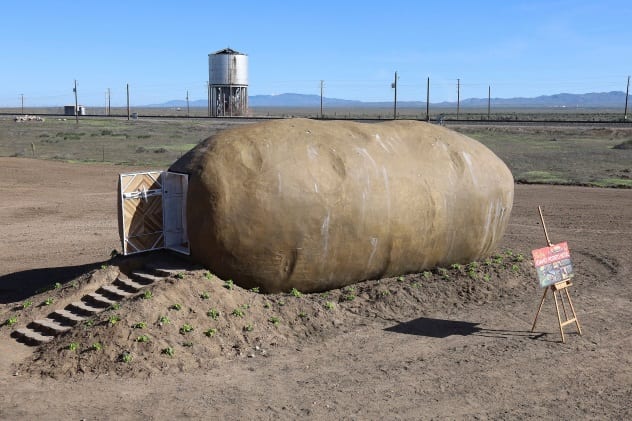 People looking for a place to stay in Boise, Idaho, have the unique opportunity of spending the night inside a giant potato.

Kristie Wolfe is a developer who specializes in tiny homes. Her latest project is a 6-ton fake spud which she turned into living quarters and then listed as an Airbnb.[8]

Originally, the bizarre structure was created by the Idaho Potato Commission. Its mission was to tour the country, making appearances at various conventions in order to promote potatoes. Eventually, the commission decided that the tuber had done its job and retired it.

That is when Wolfe stepped in. She took advantage of the fact that the inside was already hollow. She added a wood floor, queen-size bed, bathroom, and a few extras to give the decor a bohemian vibe.

It seems that people are eager to stay in the potato hotel, even if it comes with a $200 per night price tag. The whole of May is already booked, and June is going fast. 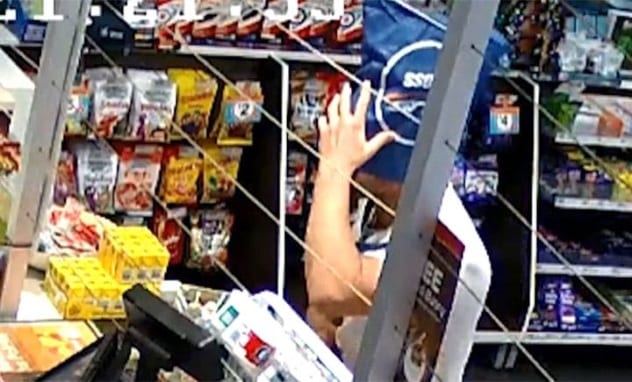 The “Criminal Mastermind of the Week” award goes to a robber in Queensland, Australia. He held up a gas station at knifepoint while wearing a shopping bag over his head to conceal his identity. He then proceeded to remove the bag so that he could fill it with packs of cigarettes.

The criminal entered the store with a blue recyclable bag over his head. He had to lift it several times because he could not see where he was going, already exposing parts of his face to the security camera. He took the cash from a drawer which the clerk placed on the counter. The thief then demanded that the employee open a second cash drawer, which turned out to be empty.

Frustrated, the robber had a brief conversation with the clerk, after which the latter grabbed a handful of cigarette packs and handed them over. At that point, the criminal removed the shopping bag from his head entirely and filled it with smokes before leaving.[9]

As of this writing, the criminal is still at large, and police are asking for help identifying him.

1 The Strangest Crab That Ever Lived 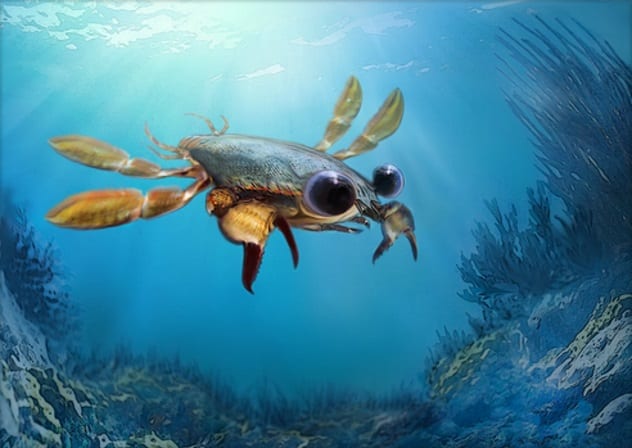 A study in Science Advances presents a newly described species of prehistoric crab which scientists have referred to as the “strangest crab that has ever lived.”

Typically, these crustaceans have strong claws, broad carapaces, tiny tails tucked under their bodies, and small eyes on stalks. This species, however, has bent claws like a frog crab, the carapace of a lobster with an exposed tail, leg-like mouthparts similar to a shrimp, and giant, socket-less eyes. The name of the creature is Callichimaera perplexa or “perplexing beautiful chimera.”[10]

Paleontologist Javier Luque describes this animal as the “platypus of the crab world.” It is something that breaks all the rules regarding what we expect a crab to look like.

Luque uncovered the first fossil back in 2005 and has spent a lot of time studying it, trying to figure out exactly what it was. C. perplexa could be found in the Americas and Western Africa around 90 million years ago. It probably lived in water rather than on land because its legs seemed more adapted for swimming. Luque believes that the crustacean was part of a new branch of the crab family tree.