For most of us, breakfast is the most important meal of the day. How we eat this meal has certainly evolved over the ages, from a simple fuel-up of milk and bread to the myriad forms it can take today.

Whether we enjoy a big, cooked breakfast or grab a quick, convenient one on the go, there are a number items which you will find on many breakfast tables around the world. We may take these things for granted today, but many have bizarre origins, and others were actually invented by mistake.

How many of these items are on your breakfast table? 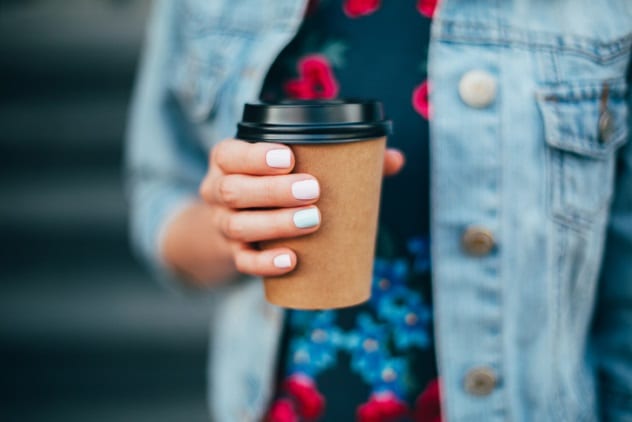 We all enjoy our morning cup of coffee to get us started for the day. In fact, coffee has long been the world’s favorite drink, with around 150 million bags of coffee consumed worldwide each year. You would assume that such a popular beverage was developed by an ancient civilization. However, according to legend, it was actually discovered by a herd of goats!

In the past, an Ethiopian goatherd noticed strange behavioral changes in his flock of goats. They had become more lively and active, having trouble settling at night. Following the goats one day, he found them feasting on the berries of a particular tree. The goatherd shared his story with the local abbot, who experimented with making a drink from the berries.[1]

The abbot got such a buzz from the newly discovered beverage that it soon began to spread, becoming the world’s favorite “pick-me-up” which is found on most breakfast tables. 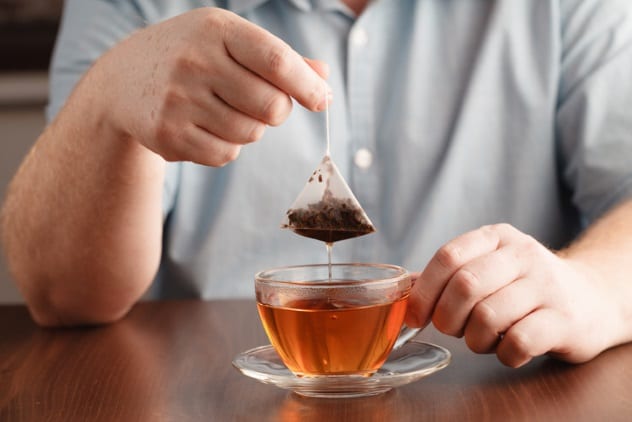 A good “cuppa” tea is almost as popular as a cup of coffee. In fact, in the UK alone, 36 billion cups of tea are consumed each year. According to the UK Tea Association, 96 percent of British tea drinkers enjoy the convenience of a tea bag. So you would think the tea bag was a clever invention to improve the morning “brew.” However, the tea bag was invented entirely by mistake.

During the early 1900s, a US tea merchant was looking for a way to send samples of his tea to customers around the world, without spoiling the contents. Thomas Sullivan made small silk pouches to ship tea samples to customers around 1908. Soon, he began receiving feedback from customers that the mesh on the bags was too fine. Instead of emptying the contents into a traditional infusers as he had intended, the customers were actually placing the bag into a cup of boiling water instead.

Sullivan used their mistake to develop gauze bags, with a string and tag to hang over the edge to make it easier to remove the soggy bag. By the 1920s, tea bags were being mass-produced, making the morning cup much quicker and easier.[2] 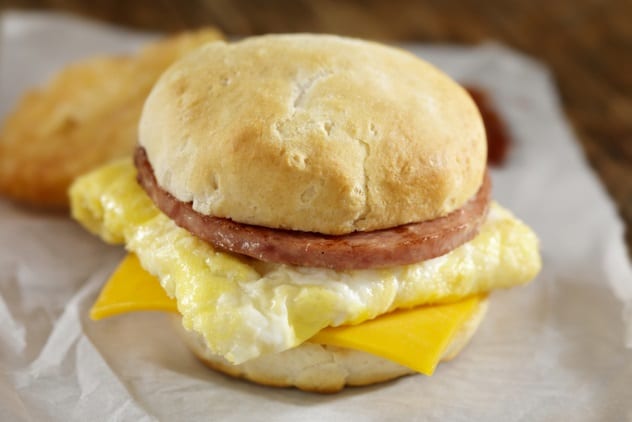 We’ve been enjoying our cheese since long before Little Miss Muffett sat on her tuffet eating curds and whey. Cheese has been around for centuries and can be found on many meal tables around the world. We enjoy it melted on toast or on a European platter for breakfast, in sandwiches for lunch, and in a variety of dinnertime recipes.

Cheesemaking has become a refined craft in many cultures to provide us with the vast range of options we enjoy today. No one knows for sure who first created cheese. According to another legend, an ancient Arab merchant was carrying his milk in a rennet pouch on his journey across the desert. When he stopped for the night, he found his milk had curdled.

The heat of the desert had caused the milk to react with the insides of the pouch, and it had separated into the curds and whey we are familiar with today. Unperturbed, or probably very hungry and thirsty, he drank the contents and then ate the milk curds. The cheese he had mistakenly made became a worldwide favorite food.[3]

Today, in the US alone, up to one third of milk production is for cheesemaking. 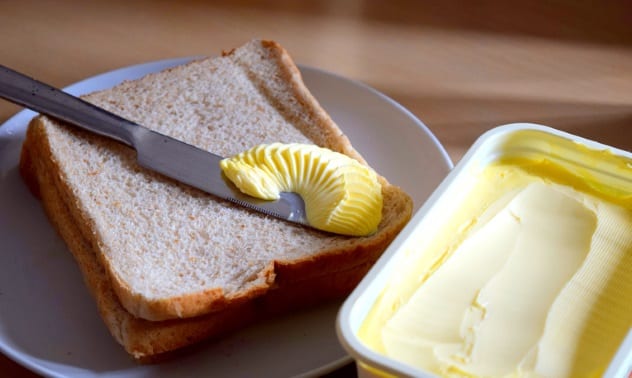 A tub of margarine can be found in the middle of many breakfast tables today. Many varieties are thought to be healthier than butter, and some can often be cheaper.

Have you ever wondered how this everyday food originated? It was actually the result of a competition Napoleon III held to come up with a substitute for butter to feed the troops during the 1800s. Not only did butter spoil quickly, but it was also very expensive, making it impossible to carry on military campaigns.

In 1869, a French chemist named Hippolyte Mege-Mouries concocted a mixture of beef tallow, water, and milk. His spread was originally called “oleomargarine,” as he believed it contained oleaic and margaric acids. A Dutch company improved on the original mixture, using plant oils and a yellow dye to make it look more like butter.

Dairy producers, however, were unhappy when production of the butter substitute began in the US during the 1870s. Laws were actually passed restricting and even banning the production and sale of margarine. It wasn’t until 1967 that the last of these laws was finally repealed.[4]

Today, you can choose from a huge range of butter alternatives to spread on your morning toast. 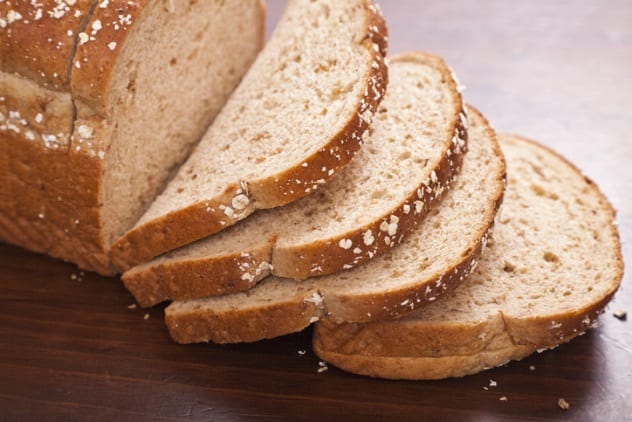 Imagine painstakingly cutting a hunk of bread off the loaf, only to find it was too thick to fit in the toaster in the morning.

We’ve been eating bread in some form or another for around 30,000 years, carving chunks off the whole loaves to eat. Over time, we refined our dining habits to carefully cut slices off our store-bought loaves. However, despite the fact that we’ve been eating bread on a daily basis for many thousands of years, it wasn’t until the 1920s that sliced bread was actually invented. 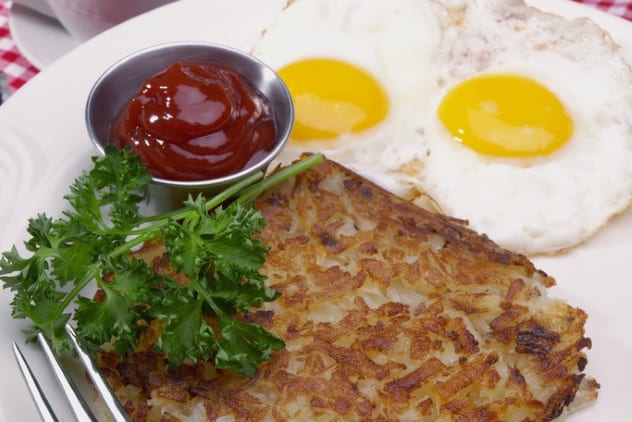 The Chinese ke-tsiap was a pungent sauce made from fermented fish. During the 18th century, the British tried to copy the unique flavor of this Asian sauce using foods such as anchovies, mushrooms, and nuts.

Tomatoes were eventually added to the recipe in the early 19th century, but the tomato-based ketchups spoiled easily. Ingredients such as coal tar were added to the mix in an attempt to improve the shelf life of the sauce.

It wasn’t until the late 1800s that a man named Henry Heinz decided to not only modify the type of tomatoes used but to take advantage of the fruit’s natural preservatives. He also added a healthy dash of vinegar to the mix to make the world’s favorite condiment we enjoy today.[6] 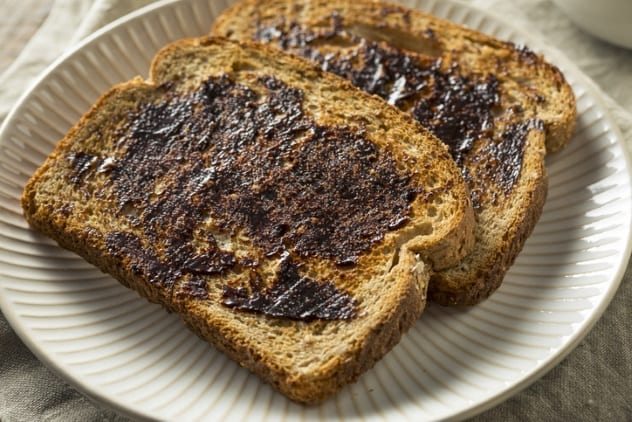 A jar of vegemite can be found on almost every breakfast table in Australia. It has been Australia’s most popular breakfast spread for nearly a century, and it is the number-one request for “care packages” sent to friends and relatives overseas. However, it is also renowned around the world for being particularly vile-tasting.

The thick, black spread was born in 1922, when a food company hired a chemist to provide a food which would double as a vitamin B supplement. Dr. Cyril Callister spent months in the lab perfecting a tasty spread containing brewer’s yeast. Clever marketing, including a number of advertising “ditties” which have become Australian folklore, saw the spread become a national icon.[7]

The trick to enjoying your vegemite on toast? You scrape it on sparingly, rather than spreading it on thickly. 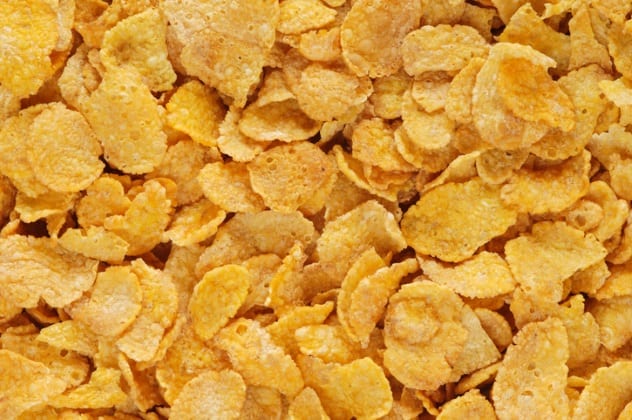 Each morning around the world, quite a few breakfast tables feature corn flakes. In the late 1800s, Seventh-day Adventists were experimenting with various grains to create new vegetarian meals that accorded to the diet called for by their church. Dr. John Harvey Kellogg, himself an Seventh-day Adventist, fed these concoctions to patients at the Michigan sanitarium of which he was the superintendent.

In 1894, he and his brother left some wheat to cook for too long. They decided to try to get dough out of it anyway, but instead, they got flakes, which they decided to toast and serve to the patients. The original flaked wheat dough was patented in 1895, and packages were sold by mail order. (And yes, Kellogg hoped that the bland meal would curb certain other behaviors.) In 1898, a larger factory was established to produce the wheat flakes, and competitors began producing the breakfast cereal, which was becoming increasingly popular.

In 1906, Kellogg’s Corn Flakes debuted after a period experimentation involving making the cereal from corn with malt, sugar, and salt added.[8] 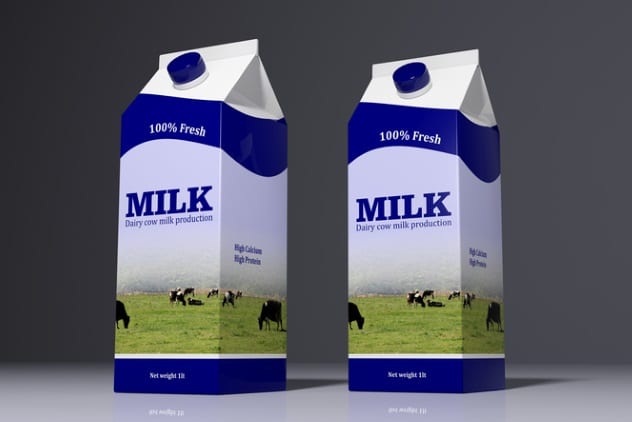 Every morning around the world, we reach into the refrigerator to grab the milk carton. Milk might be one of our most consumed products. We drink it, pour it in our tea and coffee, eat it with our cereal, and use it in many recipes.

We’ve been drinking milk (other than our own) for roughly 10,000 years, since we first began using the milk from domestic animals such as sheep, cows, and goats. Ancient Egyptians reserved milk for the very wealthy, but dairy products ultimately became a dietary staple.

By the 14th century, cow’s milk was favored over sheep’s milk. One of the first jobs of the morning would be to go out to the cowshed to fill a pail with steaming milk for breakfast. Needless to say, this untreated milk was full of germs and bacteria. In 1862, Frenchman Louis Pasteur began experimenting with ways to process and package milk to make it safer and more convenient.

The first milk bottle was invented in 1884 in New York state, making it easier to transport milk from the farm to the breakfast table. “Milkos” would visit each morning to replace the empty bottles left on the front doorstep.

The plastic-coated milk cartons we know today were invented in the 1930s. The original paper milk cartons were refined over the years, from “Tetra packs” designed during the 1950s to the carton we all use today. A Detroit engineer designed the first “gable top” milk carton during the 1960s. While it took a little while to take hold, by 1987, 98 percent of milk purchased came in one of these cartons.[9] 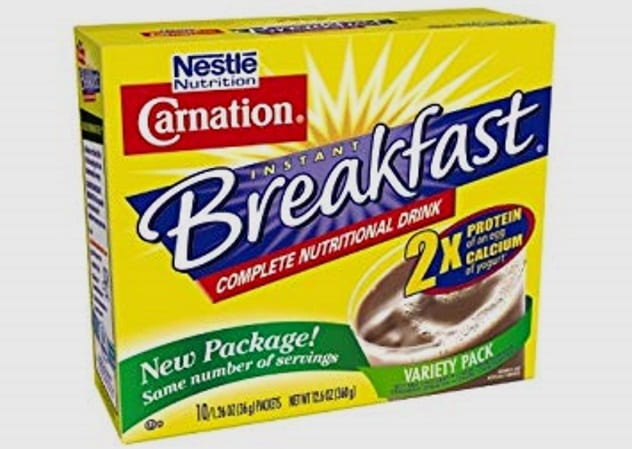 The pace of life in the 21st century has become so busy that many of us don’t have time to sit around the breakfast table enjoying our tea, toast, and corn flakes with milk. We need a quick and easy breakfast option that we can eat on the go, something we can easily consume on our morning commute. Instant breakfasts are a popular option today, despite debate over the nutritional value.

Instant breakfasts were first developed as early as the 1960s and originally promoted as a weight loss product. However, in the mid-1960s, the Carnation food company was marketing an instant breakfast powder that provided “all the nutrients of a complete breakfast” when dissolved in a glass of milk.[10]

The popularity of these quick and easy breakfast products grew, with new options constantly developed. Liquid breakfasts are one of the most popular instant breakfast products available today. These days, you can suck your cereal and milk through a straw from a cardboard drink carton on the way to work.

Lesley Connor is a retired Australian newspaper editor, who provides freelance articles to online publications and also her own website.

Read about the origins of more foods on Top 10 Foods That Were Invented By Complete Accident and 10 Origins Of Common Foods.