We probably pay less attention than we should to the continents on Earth. How many are there anyway? Seven? Well! That depends on what you were taught in school. The word “continent” has no definite meaning, and countries recognize from four to seven continents.

Most countries need to update their books soon because there is an extra continent right underneath the island nation of New Zealand. They will also need to add another continent when Africa splits into two. And they would have added an extra one if North America had successfully split into two continents and stayed that way.

10 Africa Is Splitting In Two 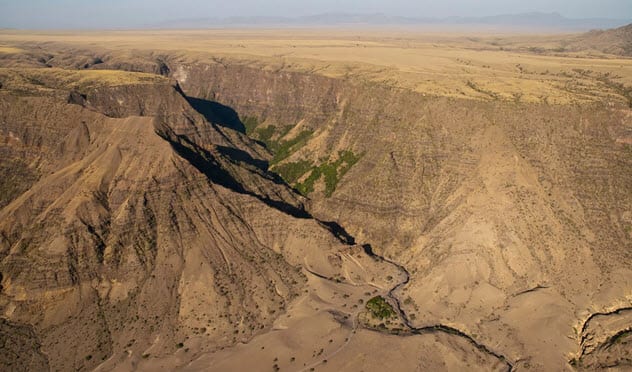 Evidence of the split is visible in Kenya, where it has created a deep and long valley called Kenya’s Rift Valley. It is part of several valleys called the East African Rift. The valleys randomly appear along a 2,900-kilometer-long (1,800 mi) region directly on the area where both plates meet.

East Africa will break away to become a new continent when they finally separate. For now, they have caused a series of earthquakes and volcanic activities as they move farther apart.

On March 19, 2018, the movement of the plates even caused a crack in Kenya that was 15 meters wide (50 ft) and several miles long. However, some sources say that this valley was actually caused by soil erosion and not the movement of tectonic plates.

There is no reason to fret, though. The split is a slow one, and it will be millions of years before Africa finally breaks up.[1]

9 Antarctica Is Supposed To Be Called Australia 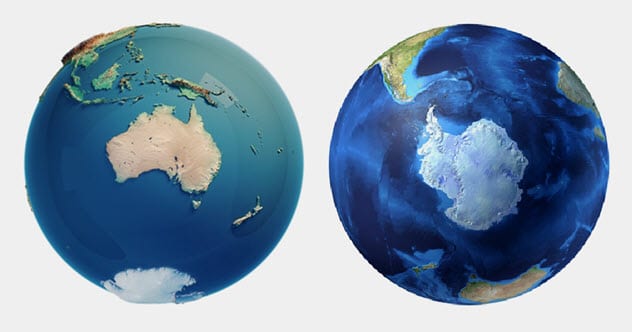 For centuries, scientists, explorers, and geographers predicted the existence of a continent in the southern hemisphere. They called this continent terra australis incognita (“unknown southern land”). Australis itself means “southern.” No one was sure if the continent existed, but they believed it did because the Arctic existed up north.

In 1627, the Dutch landed on today’s Australia. They sailed around the northern, western, and southern coasts of the continent and named it New Holland. The British would later land on the eastern coast, which they called New South Wales.

Curiously, no one realized that they were dealing with the same continent. Early explorers thought that New Holland and New South Wales were different continents separated by a strait. It wasn’t until 1803 that Matthew Flinders circumnavigated New Holland and New South Wales and revealed that they were different areas of the same continent.[2]

In 1814, Flinders released the map of the continent, which he called “Terra Australis.” However, he suggested that “Terra Australis” should be shortened to the better-sounding “Australia.” The name stuck.

Antarctica was discovered by Charles Wilkes of the US on January 19, 1840. It was named Antarctica because its intended name, Terra Australis, was already taken. Antarctica was coined from the Roman translation of the Greek antarktike, which basically means “anti-Arctic” or “opposite the Arctic.” 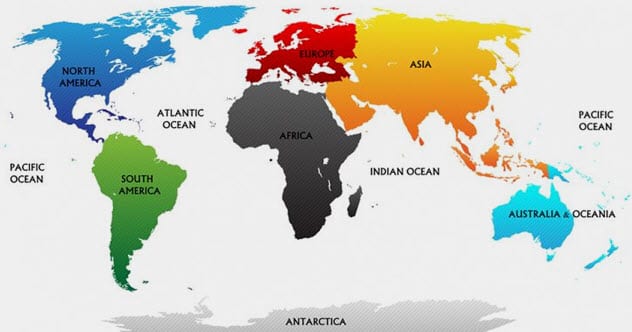 The more common method is geopolitics. For this reason, Europe and Asia are considered different continents even though they lie on the same tectonic plate and are not separated by an ocean. The problems with defining a continent explain why we have from four to seven continents today.

Japanese and Eastern European schools also teach a six-continent model. However, they consider North and South America as different continents. Meanwhile, Europe and Asia are lumped into a single continent called Eurasia. 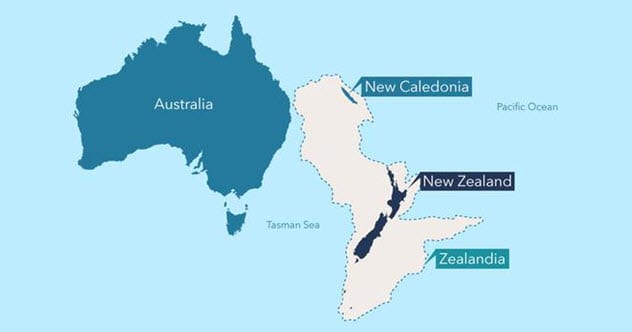 New Zealand is often lumped with Australia to form Oceania, which also includes several other Pacific islands. However, New Zealand has been confirmed to lie on its own continent called Zealandia. We just do not get to see it because 94 percent is underwater. The other 6 percent consists of several island nations and territories including New Zealand and New Caledonia.

Zealandia measures about 4.9 million square kilometers (1.9 million mi2), which makes it two-thirds the size of Australia. Researchers believe that Zealandia went underwater 80 million years ago after it broke off from a larger supercontinent called Gondwana.

However, Zealandia could not keep its head above water and soon went under. Nevertheless, it is unlikely that most models will add this extra continent anytime soon. There is no international organization to declare the existence of continents, so individual nations will need to determine what they teach in their schools.[4]


6 Greenland Is Part Of North America 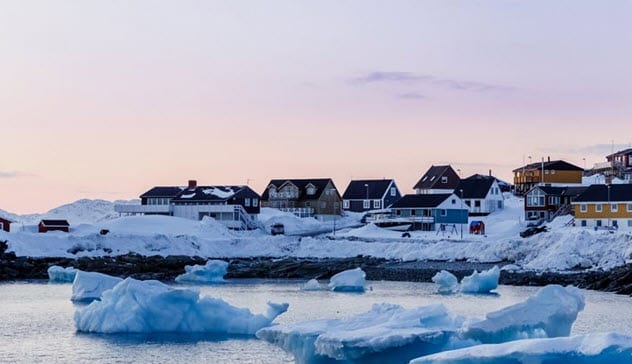 Some sources even list it as a transcontinental country—that is, a country that is split between two continents. Greenland is a part of North America because it sits on the North American tectonic plate which is shared by several North American nations, including the US and Canada.

Greenland’s relationship with North America goes further than just tectonic plates. North American migrants were the earliest cultures to settle in Greenland. This included the Paleo-Eskimo tribes that arrived in Greenland in the 26th century BC and the Saqqaq people that lived there from the 25th century BC until the ninth century BC.

However, Greenland was named by the first Europeans who arrived in AD 986. The migrants had fled Iceland where they were being persecuted by the king of Norway. They called the island “Groenland” as part of a ploy to attract new settlers to the region.[5]

5 Antarctica Is The World’s Largest Desert 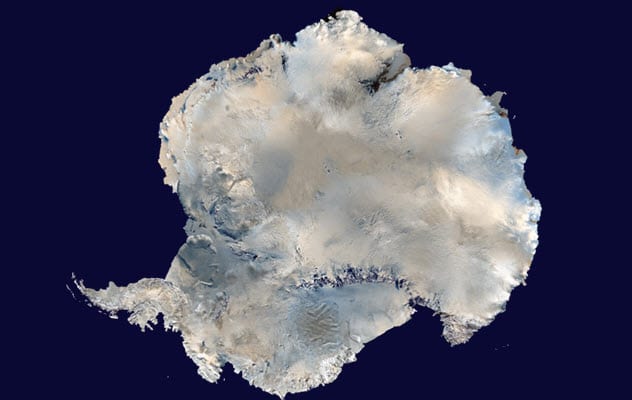 Although we often consider Antarctica as a barren wasteland covered in ice, it is actually a desert. This is because deserts are not determined by higher-than-normal temperatures and lots of sand. Instead, a desert has everything to do with precipitation, the amount of water the area receives from the atmosphere.

Besides being the largest desert on Earth, Antarctica also contains the driest place on the planet. Rain, snow, or ice has not fallen in the aptly named 4,800-square-kilometer (1,900 mi2) Dry Valleys in two million years. Winds from nearby mountains contain lots of water but are so heavy with moisture that gravity pulls them away from the Dry Valleys.[6] 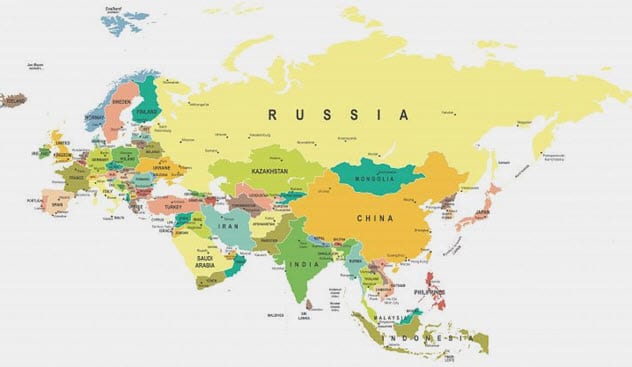 We already mentioned that Europe and Asia are actually on the same physical continent, although they are considered to be separate continents from a geopolitical standpoint. There is no sea bordering them, and most nations in both Europe and Asia lie on the same tectonic plates. However, India lies on the Indian Plate, several Arab nations lie on the Arabian Plate, and parts of Russia lie on the North American Plate.

Today, no one knows where the actual border is between Europe and Asia. The de facto border created by Philip Johan Von Strahlenberg, an explorer and officer of the Swedish army, goes through the Aegean Sea and down the Caspian Sea, past the Turkish Strait, Black Sea, and Greater Caucasus before terminating in the Ural River and Ural Mountains.

However, this and several other considerations are controversial. Several nations have often ended on the other continent or right at the border between both continents. For instance, Strahlenberg’s border puts 75 percent of Russian citizens in Europe even though Russia is considered an Asian nation.

3 Every Map You Have Been Reading Is Wrong 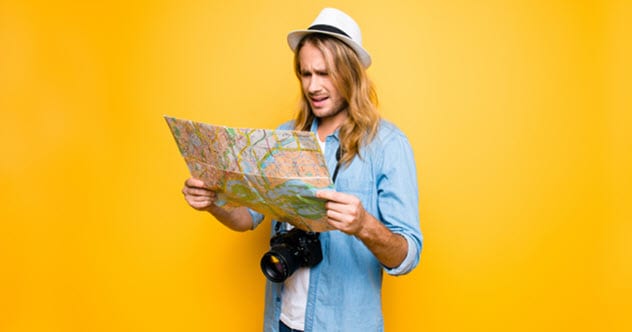 Maps can never be accurate. Every map you have been reading is wrong because they are often made in 2-D even though the world is in 3-D. The Earth is not a perfect sphere, so it is nearly impossible to create a map of the Earth on a rectangular sheet of paper.

As a result, 2-D maps cannot depict the real size of continents and simultaneously maintain the correct longitude and latitude. Cartographers believe that the longitude and latitude lines are more important, so they opt to distort the size of the continents instead. This is commonly seen in the Mercator Map, which is the most common map out there.

The Mercator Map depicts North America as a larger continent than Africa. Greenland is almost the same size as Africa, and Alaska is larger than Brazil. India also looks notoriously small even though it is larger. Meanwhile, Antarctica appears larger than it really is.[8] 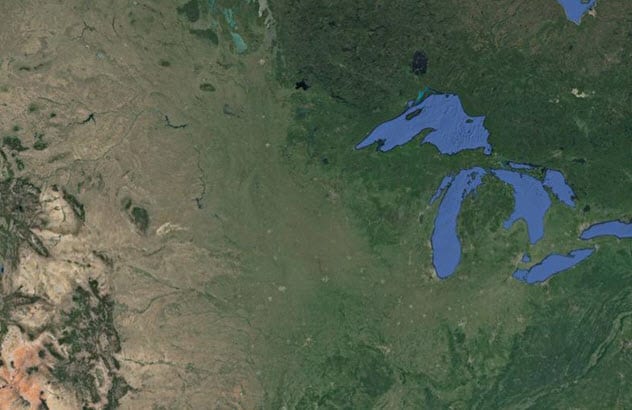 Africa is not alone in possessing a rift valley. North America also has the Midcontinental Rift System that almost split the US into two about 1.1 billion years ago. The rift started in Michigan and extended down into the Midwest before mysteriously stopping.

Researchers are unsure why the rift stopped. However, they know that it would have linked with the ocean to create a new ocean that would have sliced North America into two continents. Today, evidence of the rift system can be seen in the 3,200-kilometer-long (2,000 mi) valley below the Great Lakes in the northern Midwest.[9] 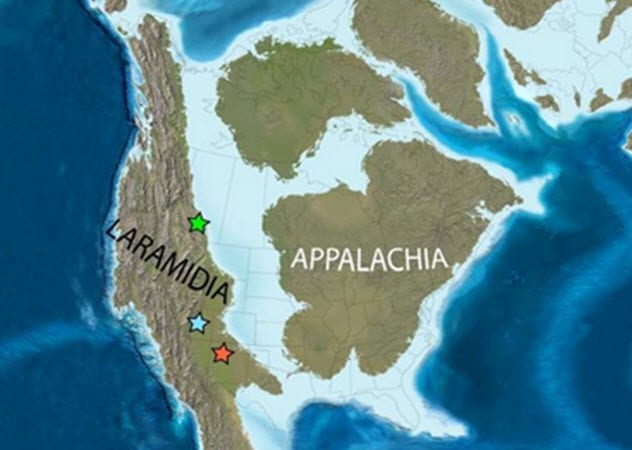 The split had nothing to do with the rift valley, though. Instead, North America split after rising sea levels saw the ocean breach the coastline and spill into low regions in the middle of the continent. Researchers call the ocean that emerged the “Western Interior Seaway.” It began at the Arctic Ocean and ended at the Gulf of Mexico.

Laramidia and Appalachia existed for millions of years until the sea started to dry up 70 million years ago. Researchers believe that the sea dried up as the North American tectonic plate moved and the Earth got cooler.

Read more fascinating facts about our continents on 10 Things You May Not Have Known About The Land Of Pangaea and 10 Forgotten Lands Submerged By The Ocean.