If you’ve had a busy week, you might have overlooked some of the stranger stories that hit the headlines. Luckily for you, this list is here to help you catch up. If you missed last week’s offbeat list, you can check it out here.

This time, we have for you a clown brawl, a zombie chicken, and an antique sex toy. There’s a blast from the past as John Dillinger’s body gets dug up, and we look toward the future with human-animal hybrids. 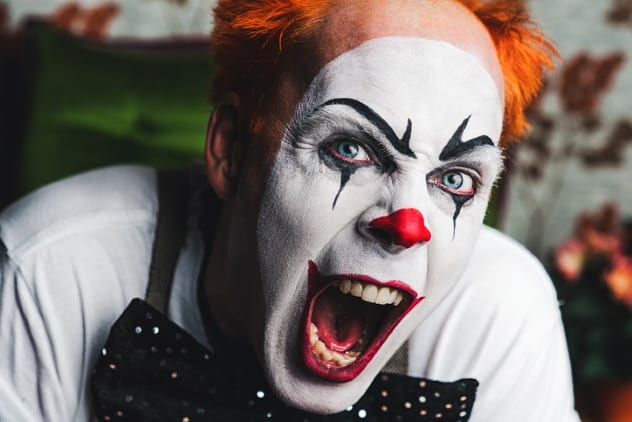 A British cruise ship had to deal with a mass brawl that was allegedly sparked by one of the guests dressing up as a clown.

The Britannia, operated by P&O Cruises, was sailing to Southampton after a week spent admiring the Nordic fjords. One evening included a black-tie event which, supposedly, took place after an afternoon-long party on deck which involved copious amounts of alcohol.

During the formal event, one passenger was said to have showed up dressed as a clown. This greatly annoyed another person who really hated costumes and had specifically booked a cruise with no dressing up.[1] This resulted in a confrontation that soon turned violent.

The matter was turned over to the Hampshire Police once the cruise disembarked. A spokeswoman said that three men and three women were assaulted and ended up with cuts and bruises. A man and a woman in their forties, both from Essex, were arrested.

The story later took a turn when both the police and the cruise line denied any reports that a clown had been onboard the ship, let alone involved in an altercation. The more straightforward cause of the fight was people drinking too much. It is unclear at the moment how the clown made it into the tale. 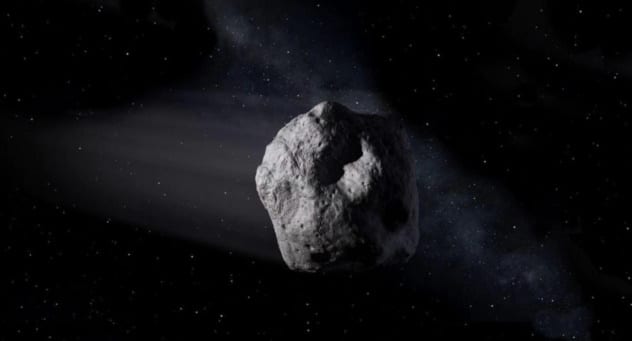 An asteroid branded a “city killer” came within a “cosmic whisker” of Earth last week, and scientists had no idea that it was on the way.

Just so everyone can relax, the rock passed close to our planet by space standards. At its nearest approach, it was still 72,000 kilometers (45,000 mi) away.[2] Still, that is about five times closer to us than the Moon.

The asteroid, dubbed 2019 OK, is roughly 60 to 130 meters (200–420 ft) across and was racing through space at a speed of 87,000 kilometers per hour (54,000 mph). If it made contact, it would have hit Earth with the force of 30 Hiroshima bombs. Astronomers didn’t know about it because it came our way from the direction of the Sun, and they could only see the rock a few days prior to it passing us.

8 Public Enemy Back From The Grave 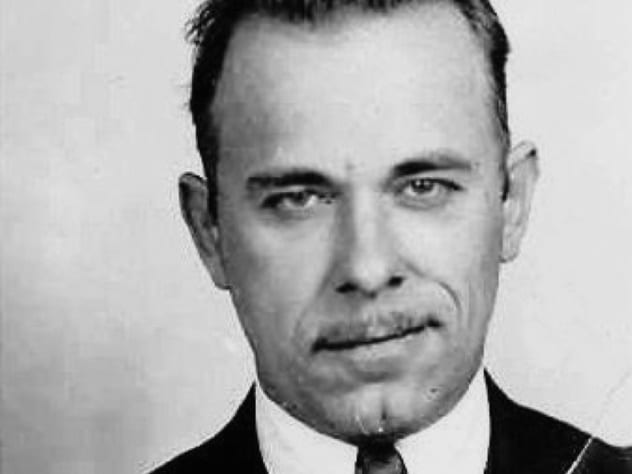 The body of notorious Depression-era gangster John Dillinger is set to be exhumed next month from Crown Hill Cemetery in Indianapolis.[3]

Dillinger, one of America’s most famous outlaws, was gunned down by FBI agents in 1934 in front of the Biograph Theater in Chicago. He and his gang were responsible for at least ten murders and numerous violent robberies.

Now, 85 years later, a request to dig up his remains has been approved by the Indiana State Department of Health. The request came courtesy of his nephew, Michael Thompson. He claims to have evidence that suggests the body in the cemetery might not belong to John Dillinger. In fact, he believes the FBI gunned down the wrong man that fateful night in front of the Biograph Theater. An FBI spokesperson dismissed the claim, saying that there is plentiful proof of Dillinger’s identity, including three sets of fingerprints.

The exhumation will be filmed for a documentary and, afterward, Dillinger’s body will be interred in the same place as before. Thompson has until September 16 to go through with it.

7 Putting On A Prayer 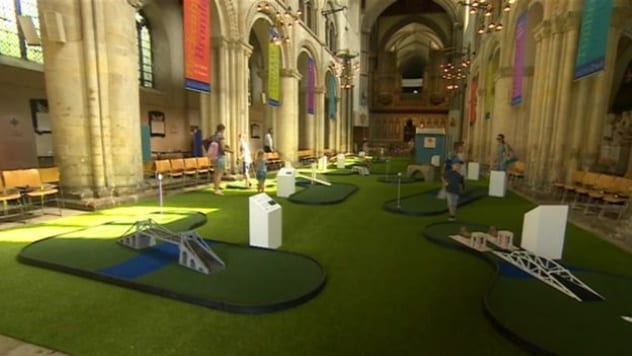 People who will be visiting Rochester, Kent, during August will surely stop to see the 900-year-old Rochester Cathedral, where they will be able to enjoy a few holes of miniature golf.

For the entire month, the main central part of the church (nave) will be converted into a nine-hole course of crazy golf where each hole includes a famous British bridge alongside a panel with information about said bridge. This overpass obsession is due to the fact that the course was developed and paid for by the Rochester Bridge Trust.[4]

A spokesman said that they are hoping the initiative will bring more young people and families into the beautiful cathedral, and while they are there, they might also learn a few things about the structures of different bridges. Reverend Rachel Phillips with the Rochester Cathedral believes that the minigolf will inspire people to build or mend metaphorical bridges in their lives.

Not everyone is thrilled with this plan. Other church officials have decried the move, saying that it is “born of desperation” or that it tricks people into a “search for God.”

6 Is The Zombie Chicken Real?

A viral video people refer to as “zombie chicken” is freaking everybody out. Seemingly taking place in a restaurant, it shows a piece of raw meat start moving right off the plate and off the table while a woman is screaming in the background.

Of course, given the day and age we’re living in, one question is on everyone’s minds: Is the video real? While we can’t say with certainty, it appears possible, although with a few caveats.

The video comes from Asia and first went viral back in June on Chinese social media site Weibo. By the time it became a hit in the West, people referred to the video as “zombie chicken.” Although the meat could possibly be real, it is definitely not chicken. A few Asian media outlets identified it as skinned frog, which would make more sense.

We have seen in the past footage of extremely fresh frog meat which started twitching when it was salted because the still-active neurons reacted to the sodium ion in the salt.[5] If this new video is real, then that is likely what is happening here, although to an extreme degree. However, at least one expert has dismissed the mystery meat as being frog, so that remains a pretty big “if.” 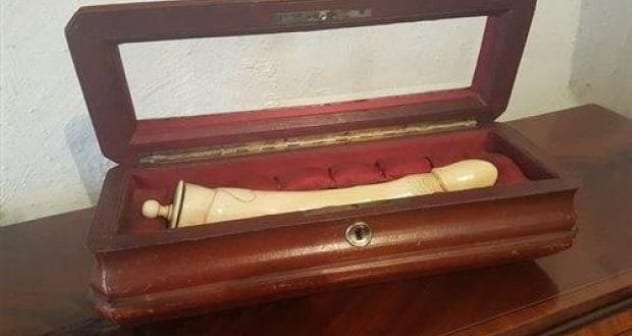 The sex toy comes from 19th-century China. It was sent back as a gift for the wife of a man who fought in the Boxer Rebellion. Its features include a compartment to add hot water to heat it up, as well as another compartment to store a lock of a lover’s hair.

Scott purchased it for €620.[6] She plans to donate it to a museum but hasn’t decided on which one yet. 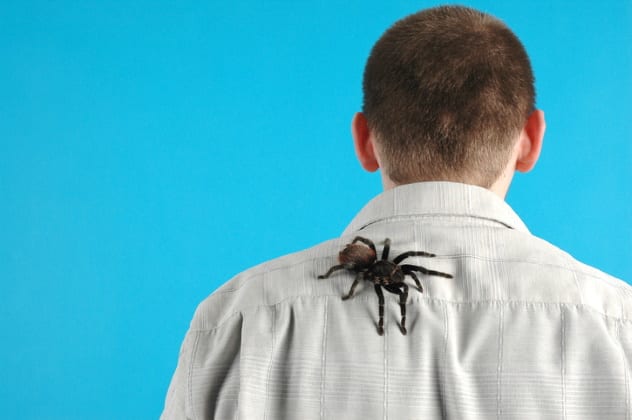 One porch pirate might have gotten a little more than they bargained for after stealing a package which contained nine live tarantulas.

Porch pirates are truly one of the banes of modern society. They prowl neighborhoods during the day when everyone is at work and look for delivered parcels that have been left on porches. In most cases, this means that no one is at home because, otherwise, they would have taken the package in. The thieves then simply walk up to the porch and steal the package.

While this might be a fast and easy thieving technique, it does have some drawbacks. For starters, the porch pirates don’t know what they are stealing. Usually, they are hoping for electronics or other valuable stuff, but they won’t find out until they open the box.

This is likely what happened in Spartanburg, South Carolina. FedEx delivered a package to a woman and left it on her porch, but when she came home, it wasn’t there. A thief probably absconded with the parcel. In one way, the criminal got their wish. The contents are worth a lot of money, valued at around $1,000.[7] However, they likely got a just-deserved scare when they discovered that they had stolen live tarantulas.

3 What Sorcery Is This? 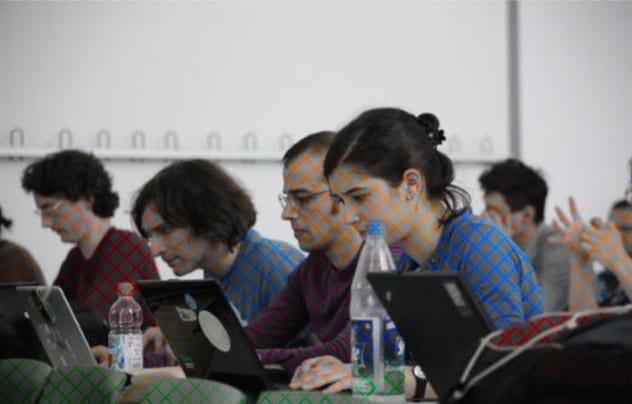 A new optical illusion made the rounds online this week, courtesy of digital media artist Oyvind Kolas. He uses a technique which involves overlaying a colored grid onto a black-and-white photo which then tricks the brain into seeing the entire picture in color.

The illusion affects everyone differently, but the images made by Kolas appear, at first, to be fully colored to most people. Then, as they keep staring at them, the grids become more obvious, and the grayscale image underneath them begins to emerge.[8]

One expert was not surprised by the effect because it is a basic technique employed by our brains to compress visual information in order to assimilate as much of it as possible. Vision scientists refer to this color system as “low pass.” The brain only gives a cursory glance at the images and averages out the colors, thus creating the illusion. Then, if you start to examine the picture more closely, your brain starts paying attention to the details, and the illusion is broken.

Kolas has tried to achieve the same effect with other overlays such as colored dots or angled lines but says that the grid works best. He even created a 30-second video where he achieved the same illusion. 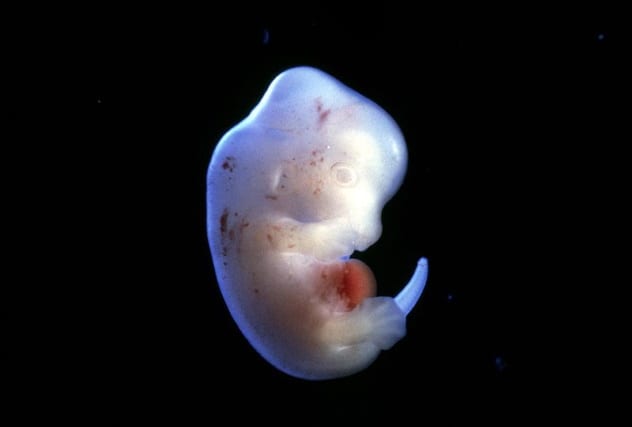 Japan has approved the first experiments into human-animal hybrids. A scientist plans to inject human cells into mouse and rat embryos which will then be transplanted into animal surrogates. The hope is that, eventually, animals will grow organs with human cells that could be used for transplants.

The work is being headed by Hiromitsu Nakauchi, who holds positions at the University of Tokyo and Stanford University in California. First, he will remove genes from embryos which are necessary to produce a certain organ. Afterward, those embryos will be injected with human induced pluripotent stem (iPS) cells, which can be reprogrammed to turn into almost any other kind of cell.[9] Then, during natural development, the animal should use the human iPS cells to make the specified organ.

Obviously, this kind of work comes with a host of ethical issues. In fact, the practice was banned in Japan until a recent overturn in March. Previously, animal embryos with human cells could not be grown beyond 14 days or be transplanted into surrogates. Work on similar embryos had also been carried out in the United States, although none of them had ever been brought to term.

Nakauchi does plan to carry embryos to term, but not for some time. He wants to progress slowly to ease concerns of bioethicists that the addition of human stem cells could affect the development of the brain and affect its cognition. Nakauchi’s ultimate goal is to create transplantable organs for humans, although, obviously, those won’t be grown in mice. If results prove successful, he will seek government approval to start work on human-pig hybrids.

1 How To Bankrupt The Tooth Fairy 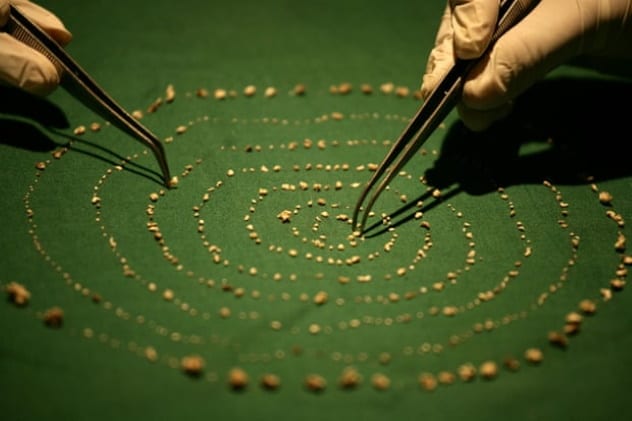 A young boy in India went to the hospital with a swelling in his jaw. Doctors removed a mass which contained over 500 teeth at different stages of development.

Doctors believe this is a record for most teeth in a single individual. Following an X-ray, they diagnosed the seven-year-old with a benign tumor called a “compound composite odontoma.” He was scheduled for surgery at the Saveetha Dental College and Hospital in Chennai, India.

During the operation, doctors found and removed a “bag-like mass” from the molar region which weighed around 0.2 kilograms (0.5 lb). Inside were 526 tooth-like structures which surgeons likened to “pearls in an oyster.” They ranged in size from 0.1 to 3 millimeters.[10] They all had a crown, enamel, and a small root.

The boy was not in too much pain, only suffering some slight swelling and occasional toothaches. He was discharged in good health after three days.