The Third Reich, 1933-1945, was arguably the most heinous regime in history. Comprised of some equally malevolent characters, this administration was responsible for initiating the biggest and most costly war mankind has ever known, and perpetrated one of the worlds biggest acts of genocide, in what is now referred to as the Holocaust. This list could have been bigger but I settled on these 15 (mostly) NSDAP members. 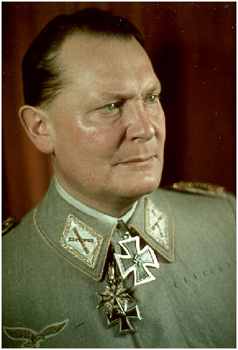 A WW1 veteran, the Reichsmarschall was head of the luftwaffe, and the founder of the gestapo. After the fall of France he stole millions of pounds worth of art from Jews, and amassed a personal fortune. Goering took part in the beer hall putsch of 1923 and was wounded in the groin. Subsequently, taking morphine for pain relief, he became addicted to the drug for the rest of his life. In 1940, the Marshal ordered the bombing of the civilian population of Britain (the Blitz) and was involved in planning the holocaust. Goering was the highest ranking defendant during the Nuremberg Trials. Sentenced to hang, he committed suicide in his cell the night before his execution by cyanide ingestion.

This man caused the deaths of millions. Learn more about his life when you buy Goering: The Rise and Fall of the Notorious Nazi Leader at Amazon.com! 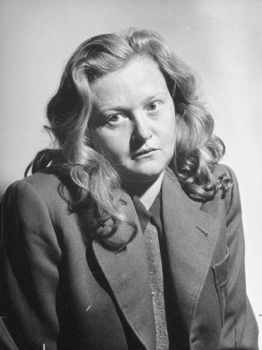 Known as The “Bitch of Buchenwald” because of her sadistic cruelty towards prisoners, Ilse Koch was married to another wicked Nazi SS, Karl Otto Koch, but outshone him in the depraved, inhumane, disregard for life which was her trademark. She used her sexual prowess by wandering around the camps naked, with a whip, and if any man so much as glanced at her she would have them shot on the spot. The most infamous accusation against Ilse Koch was that she had selected inmates with interesting tattoos to be killed, so that their skins could be made into lampshades for her home (though, unfortunately, no evidence of these lampshades has been found). After the war she was arrested and spent time in prison on different charges, eventually hanging herself in her cell in 1967, apparently consumed by guilt. 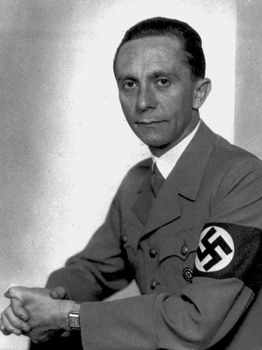 Dr. Paul Josef Goebbels was the Reich Minister of Propaganda, and a vehement antisemite. Goebbels speeches of hatred against Jews arguably initiated the final solution, and no doubt helped sway public opinion to the detriment of the Jewish people. A sufferer of polio, Goebbels had a club foot, but this did not effect his standing as the second best orator in The Reich. He coined the phrase “Total War”, and was instrumental in convincing the nation to fight long after the war was effectively lost. At the end of the war, a devoted Goebbels stayed in Berlin with Hitler and killed himself, along with his wife Magda and their six young children. 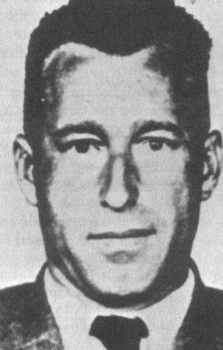 Born in Austria, Stangl was a commandant of the Sobibor and Treblinka extermination camps. In 1940, through a direct order from Heinrich Himmler, Stangl became superintendent of the T-4 Euthanasia Program at the Euthanasia Institute at Schloss Hartheim where mentally and physically disabled people were sent to be killed. Stangl accepted, and grew accustomed to the killing of Jews , perceiving prisoners not as humans but merely as “cargo”. He is quoted as saying, “I remember standing there, next to the pits full of black-blue corpses…. somebody said ‘What shall we do with rotting garbage?’ that started me thinking of them as cargo. Stangl escaped Germany after the war and was eventually arrested in Brazil, in 1967. He was tried for the deaths of around 900,000 people. He admitted to these killings, but argued: “My conscience is clear. I was simply doing my duty”. He died of heart failure in 1971, while serving a life sentence. 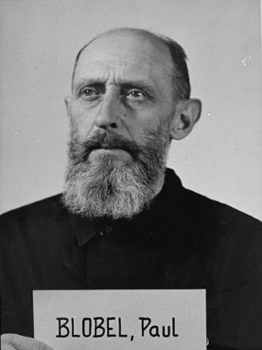 During the German invasion of the Soviet Union, he commanded Sonderkommando 4a of Einsatzgruppe C, that was active in Ukraine. Following Wehrmacht troops into Ukraine, the Einsatzgruppen would be responsible for liquidating political and racial undesirables. Blobel was primarily responsible for the Babi Yar massacre at Kiev. Up to 59,018 executions are attributable to Blobel, though during testimony he was alleged to have killed 10,000-15,000. He was later sentenced to death by the U.S. Nuremberg Military Tribunal in the Einsatzgruppen Trial. He was hanged at Landsberg Prison on June 8, 1951. 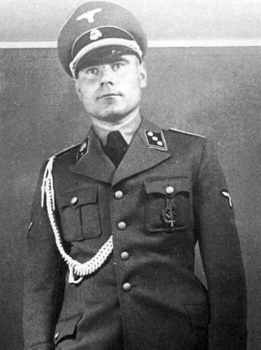 Kramer was the Commandant of the Bergen-Belsen concentration camp. Dubbed “The Beast of Belsen” by camp inmates; he was a notorious Nazi war criminal, directly responsible for the deaths of thousands of people. Kramer adopted his own draconian policies at Auschwitz and Belsen and, along with Irma Grese, he terrorized his prisoners without remorse. After the war he was convicted of war crimes and hanged in Hameln prison by noted British executioner Albert Pierrepoint. Whilst on trial he stated his lack of feelings as he was “just following orders”. 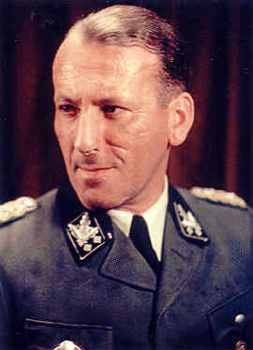 Austrian born Kaltenbrunner was chief of security in the Reich where he replaced Reinhard Heydrich. He was president of Interpol from 1943 to 1945, and was there to destroy the enemies within the Reich. Kaltenbrunner was a physically imposing man with scars on his cheeks, which made him look like the tyrant he really was. Kaltenbrunner was one of the main perpetrators of the holocaust and he was hanged after the Nuremberg trials on 16th October 1946. He was the highest ranked SS man to be hanged. 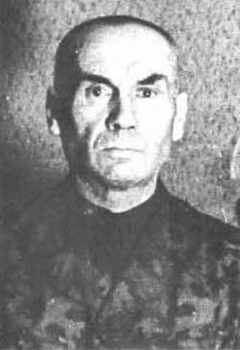 Jeckeln led one of the largest collections of Einsatzgruppen, and was personally responsible for ordering the deaths of over 100,000 Jews, Slavs, Roma, and other “undesirables” of the Third Reich, in the occupied Soviet Union during World War II. Jeckeln developed his own methods to kill large numbers of people, which became known as the “Jeckeln System” during the Rumbula, Babi Yar, and Kamianets-Podilskyi Massacres. After the war he was tried and hanged by the Russian,s in Riga on February 3, 1946. 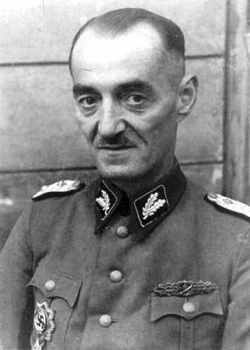 WW1 veteran Dr. Oskar Dirlewanger led the infamous SS Dirlewanger Brigade, a penal battalion comprised of the sickest most vicious criminals in the Riech. Dirlwanger raped two 13 year old girls on separate occasions in the 1930s, and lost his Dr. title after being imprisoned, only to have it reinstated after his bravery Fighting in the Spanish Civil War. He volunteered for the SS at the start of WW2, and was given his own battalion due to his excellent soldiery, Dirlewanger’s unit was employed in operations against partisans in the occupied Soviet Union, but he and his soldiers are widely believed to have tortured, raped and murdered civilians (including children) and he allegedly fed female hostages strychnine in order to entertain his soldiers whilst they died in agony. Dirlewanger was captured by the French in a hospital after being injured at the front as he had always led his soldiers into battle. The French handed him over to the Polish, who locked him up and beat and tortured him over the next few days. He died from injuries inflicted by the Polish guards around June 5, 1945. 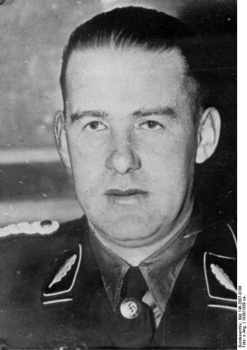 Odilo Globocnik was a prominent Austrian Nazi, and later an SS leader. He was one of the men most responsible for the murder of millions of people during the Holocaust. Globocnik was responsible for liquidating the Warsaw Ghetto, which contained about 500,000 Jews, the largest Jewish community in Europe, and the second largest in the world, after New York. He is also known for liquidating the Bialystok Ghetto, which stood out for its strong resistance to German occupation and resettling a large quantity of Poles under the premise of ethnic cleansing. He was in charge of the implementation and supervision of the Lublin reservation, to which 95,000 Jews were deported, with its adjacent network of forced labour camps in the Lublin district. He was also in charge of over 45,000 Jewish laborers. On May 21st, Shortly after capture, Globocnik committed suicide by means of a cyanide capsule hidden in his mouth.

Take a look inside one of the most horrific periods in human history with Doctors From Hell: The Horrific Account of Nazi Experiments on Humans at Amazon.com! 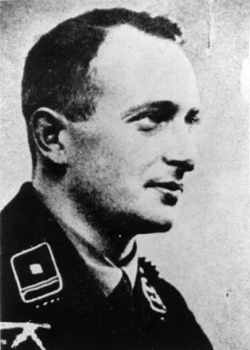 Eichmann was the organizational talent that orchestrated the mass deportation of Jews from their countries into waiting ghettos and extermination camps. A prodigy of Heydrich, he is sometimes referred to as “the architect of the Holocaust”. He learned Hebrew and studied all things Jewish in order to manipulate Jews, through his power of coercion, to leave their occupied territories and possessions in favor of a better life in the ghettos. At the end of the war he was doing the same to Hungarian Jews and, if it wasn’t for the intervention of Raoul Wallenberg, the number of victims of the holocaust would have been much higher. He fled Germany at the end of the war via a ratline to south America, and was captured by the Mossad in Argentina. He was extradited to Israel and executed by hanging in 1962, after a highly publicized trial. Eichmanns death was, and is, the only civil execution ever carried out in Israel. 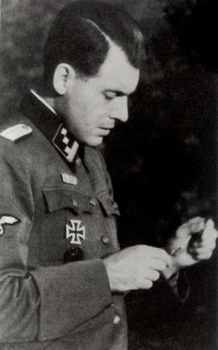 Mengele initially gained notoriety for being one of the SS physicians who supervised the selection of arriving transports of prisoners, determining who was to be killed and who was to become a forced laborer, but is far more infamous for performing grisly human experiments on camp inmates, for which Mengele was called the “Angel of Death”. His crimes were evil and of many. When it was reported that one hospital block was infested with lice, Mengele gassed every single one of the 750 women assigned to it. Mengele used Auschwitz as an opportunity to continue his research on heredity, using inmates for human experimentation. He was particularly interested in identical twins. Mengele’s experiments included attempts to take one twin’s eyeballs and attach them to the back of the other twin’s head, changing eye color by injecting chemicals into children’s eyes, various amputations of limbs, and other brutal surgeries. He survived the war, and after a period living incognito in Germany, he fled to South America, where he evaded capture for the rest of his life, despite being hunted as a Nazi war criminal. 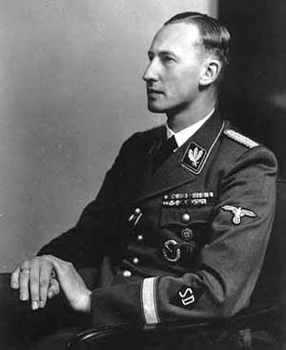 Heydrich was appointed Protector of Bohemia and Moravia. In August 1940, he was appointed and served as President of Interpol. Heydrich chaired the 1942 Wannsee Conference, which discussed plans for the deportation and extermination of all Jews in German occupied territory, thus being the mastermind of the holocaust. He was attacked by British trained Czech agents on 27 May, 1942, sent to assassinate him in Prague. He died slightly over a week later from complications arising from his injuries. The foundations of genocide were laid by Heydrich and carried out in Operation Reinhard in his name. 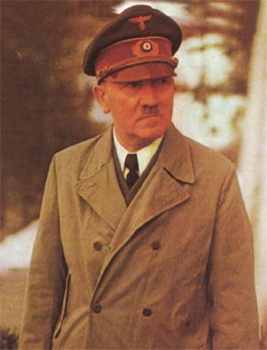 Hitler would be some people’s choice to be number one but not mine. Adolf Hitler went from being a lance corporal in the German army, to chancellor of Germany in 15 years. The holocaust may have been his subordinates doing, but he knew about it, which, amazingly, has only been fairly recently proven. Adolf Hitler had a major role in initiating the bloodiest conflict ever, which still has a massive bearing on the world to this day. His megalomania saw large parts of Europe devastated in his lifetime and forced into communism after the war. 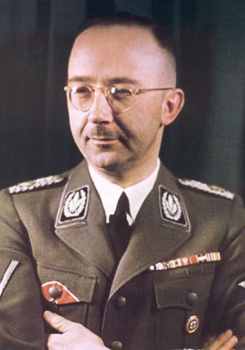 Heinrich Himmler, the architect of the holocaust and considered to be the biggest mass murderer ever, by some (although it’s really Josef Stalin). The holocaust would not have happened if not for this man. He tried to breed a master race of Nordic appearance, the Aryan race. His plans for racial purity were ended by Hitler’s vanity in making rash military decisions rather than letting his generals make them, thus ending the war prematurely. Himmler was captured after the war. He unsuccessfully tried to negotiate with the west, and was genuinely shocked to be treated as a criminal upon capture. He committed suicide by swallowing a cyanide capsule he had bit upon.