The modern animal rights movement likely originated in Britain during the 1800s and gained sympathizers over time, including many abolitionists.[1] The movement was designed to prevent abuse and neglect as well as promote better standards of living for animals. The late 1800s gave way to a rise of animal shelters and organizations, many which still exist today. Over time, the movement has evolved in several ways, and while each organization is different, many of them oppose animals being used in the testing of cosmetics, rail against the use of fur in fashion, and promote the protection of endangered species.

Today, the animal rights movement is made up of varied and often competing factions. Some believe that all “true” animal lovers must give up meat, while others just want the animals to be humanely raised and killed. For others, you must be a vegan or you’re exploiting animals. Whether hunting is permissible is another debate. With all the complex nuances of what people believe is best for animals, sometimes the animals suffer. Below are ten times animal rights activists caused animals to suffer. 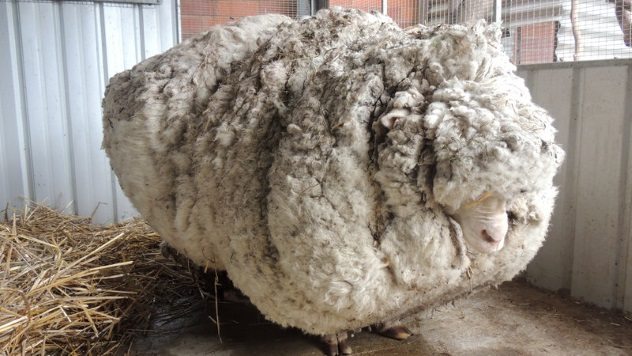 Sheep shearing was questioned after the group People for the Ethical Treatment of Animals (PETA) released footage of a few inhumane sheep shearers and painted them as the norm. In truth, sheep are rarely hurt by shearing.[2] There are instances where sheep will sustain accidental minor injures, but the systematic and brutal methods portrayed by PETA are not accurate for the majority of sheep owners.

Sheep are sheared for their wool, but they benefit from it, too. Domesticated sheep can’t shed their own wool, and if they go too long without a haircut, they can face numerous health problems. They can become trapped more easily, can face sanitation problems when urine and feces caught in their wool attract disease-causing insects, and can even die of heatstroke.

In one case, a sheep named Chris got lost and lived in the wild for several years. Chris had so much wool—a whopping 40 kilograms (89 lb)—that his eyesight was impeded, his hooves were overstressed, and his skin was suffering from urine clogged up in his thick coat. Chris was rescued and sheared after being given tranquilizers because he was wary of humans. Anyone who would do that to their sheep on purpose—which some advocate and no doubt practice—would be causing undue suffering, no matter their arguments that sheep shearing is inhumane. 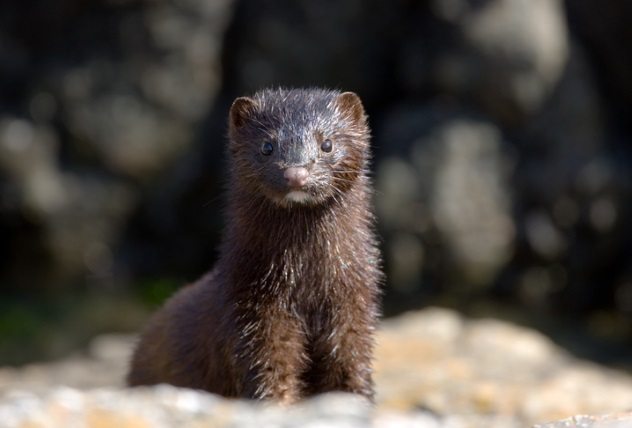 In July 2017, over 30,000 minks escaped with the help of vandals—most likely animal rights activists—into the Minnesota wilderness.[3] Minks, raised to be killed for their prized pelts, do not have the best of lives. However, the fate of the minks set free was filled with unnecessary suffering. Hundreds died early on, and those that weren’t recaptured will likely face the same fate because the domesticated minks do not know how to survive in the wild. Also, the minks that do survive will likely decimate parts of native prey populations.

There are so many other alternatives the vandals could have been taken. They could have simply not bought mink fur or eyelashes. They could have held a protest or even bought a farmed, raised mink as a pet. Instead, they made a rash decision that only led to many of the minks facing a much slower and more painful death. 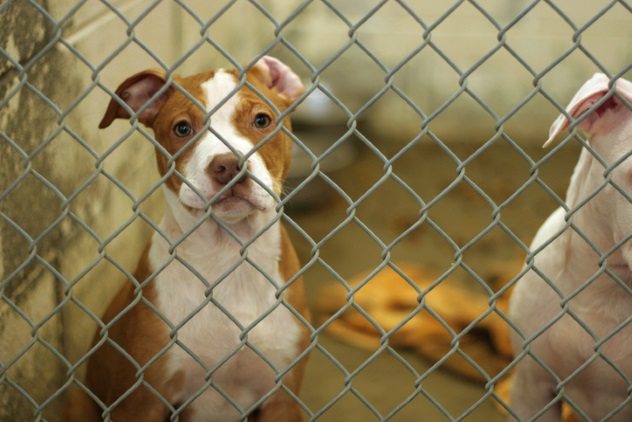 PETA, the organization railing against animals in zoos and cheeseburgers, partakes in a lot of animal deaths via euthanasia. PETA’s shelter in Virginia takes in far fewer animals than many, but the majority of those sent there never come out.[4] That’s because the rate of euthanasia of their animals in care was over 88 percent in 2014, and in previous years, over 90 percent of animals brought in were euthanized. When this statistic reached the ears of the public, most of the lawmakers in Virginia voted to pass a bill that would not designate PETA’s facility as an animal shelter because the majority of the animals taken there were killed rather than adopted.

PETA argued that they were rescuing unwanted animals, but the fate of many of them was death. Most of us do not consider death a successful rescue operation. To add insult to all the other deaths, one small dog was kidnapped from its owner and euthanized. If PETA truly wants to help animals, they should spend more of their budgets on finding them homes instead of on controversial campaigns. 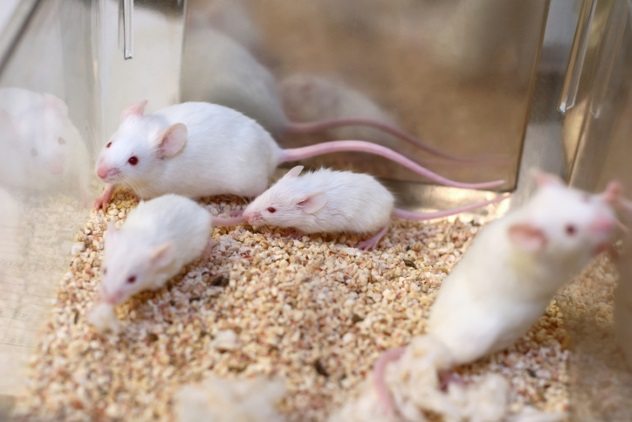 Italian scientists were aghast when animal rights activists stole dozens of laboratory mice and wrecked havoc in April 2013. The activists likely snuck in by stealing the electronic cards used as keys for the laboratory and tried to hold fort. They didn’t leave of with all of the animals as intended, but 100 unfortunate mice were taken.[5] Many of these rodents likely died soon afterward, as they have weak immune systems.

Animal testing does kill many animals and cause suffering to countless others, but the actions of the protestors endangered lives. The mice may have lived longer and died more peacefully in the lab, where there were a least some standards in place for their care. Additionally, much of the research done in the lab on many psychological disorders was lost. It’s an insult to the mice that died for the program to let the research be wasted. Next time, the protesters shouldn’t take action that could harm the animals they want to save. 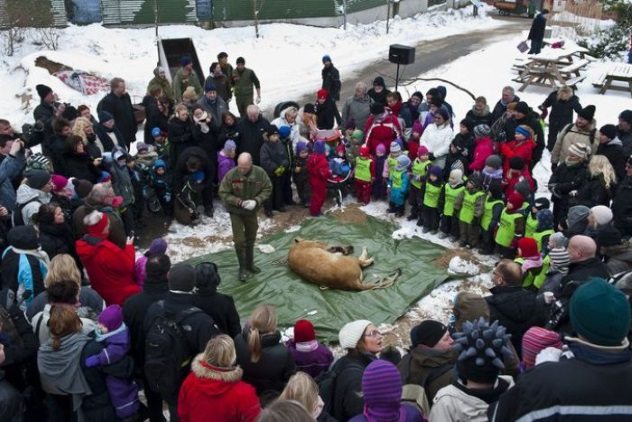 When there are extra lions in European zoos, one of the routes taken is public dissections. American zoos, however, don’t carry out this practice. The reason for this difference lies in birth control. Many European zoos reject birth control for animals and instead opt to kill off excess animals if no other zoos for them can be found. The justification is that the animals can live out their lives more similarly to their wild relatives without birth control.

The lioness in question was euthanized because of fears that her father might mate with her. While that seems a creepy enough fate, the zookeepers also decided against integrating her into another pride because the other lions might kill her. So they killed her instead and publicly dissected her as an educational experience for Danish children.[6] Perhaps, in the future, Europe could take some tips from the United States. After all, birth control beats death any day. Or they could give the US their extra lions and giraffes. Many US zoos lack them. 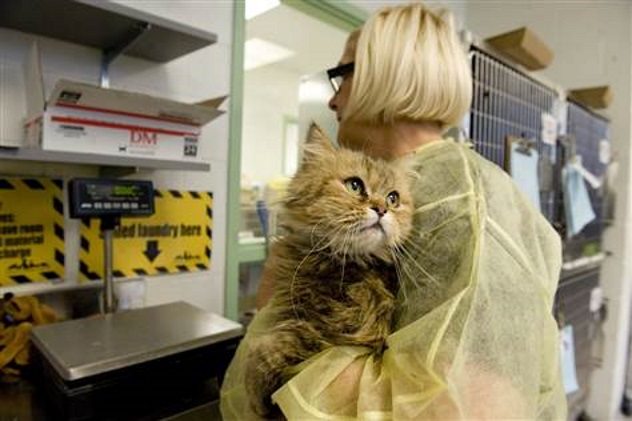 Animal shelters are supposed to take good care of their charges, but this doesn’t always happen. Not all shelters euthanize most of their animals; some simply neglect and abuse them. The Toronto Humane Society did just that.

While only six percent of the animals were euthanized, many more suffered drawn-out and painful deaths. The conditions at the shelter were appalling, with starving animals, filthy cages, and poor medical attention. Dying animals weren’t even euthanized to end their suffering. The surviving dogs were often sickly and starving. One dog even cannibalized another. Sadly, the suffering unfolded just so the shelter could boast about keeping their euthanasia rates low.[7] 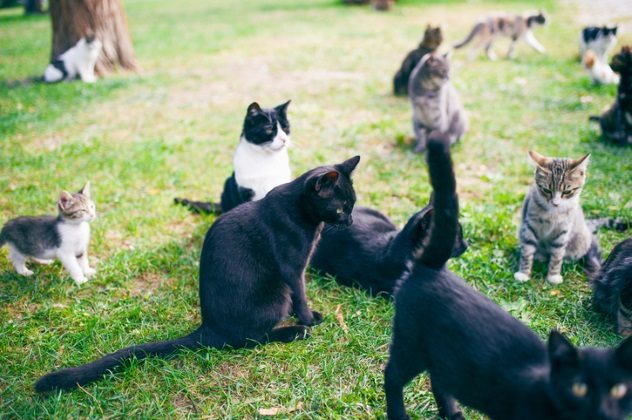 A good number of us see cats as pets, but in Vietnam, they’re served as dinner. The consumption of cats is illegal in the country, but the practice of frying and barbecuing them continues. In February 2015, thousands of seized cats brought in from China to end up as dinner were buried alive.[8]

Out of all the ways of dying, being buried alive may be one of the most frightening and painful. Even being dinner sounds more appetizing. The cats, who were crammed in a truck from China to Northern Vietnam, were killed because they posed a threat to wildlife if left feral. However, surely some of the cats could have been adopted, and the government should have chosen a more humane way to kill them. The Vietnamese police seized the animals to prevent them from the cruel fate of becoming dinner, but they ended up in the grave anyway. 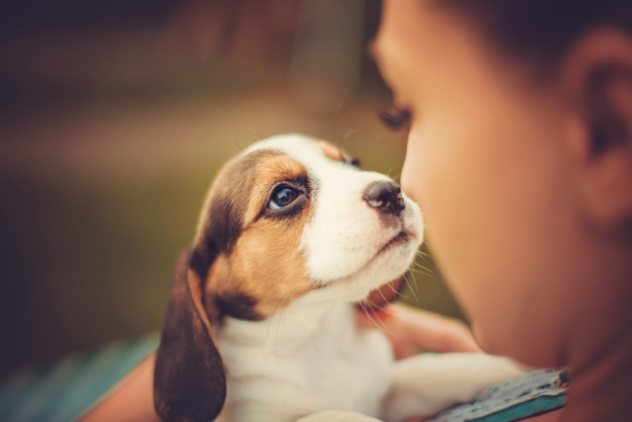 Many of us love our pets. We dote after them, spend time and money on them, and consider them part of the family. However, if some people had their way, none of us would have pets. To them, we are playing God by keeping domesticated animals and denying them their freedom.[9] Some of them want to replace pets with robots.

Unfortunately, this movement to eradicate pet ownership is harming animals. People let their pets go “free,” but the animals almost always die. Most pets are domesticated and cannot survive alone in the wild. They need us to look after them and care for them because they evolved to live alongside humans. If the anti-pet activists got their way, millions of pets would be be set free to die.

The relationship we have with our pets is a two-way street; we love them, and they love us to. They cheer us up, play with us, lick our ears, and many choose to stay with us. Instead of debating whether having pets is moral, we should ensure that pets are lavished with love and care. 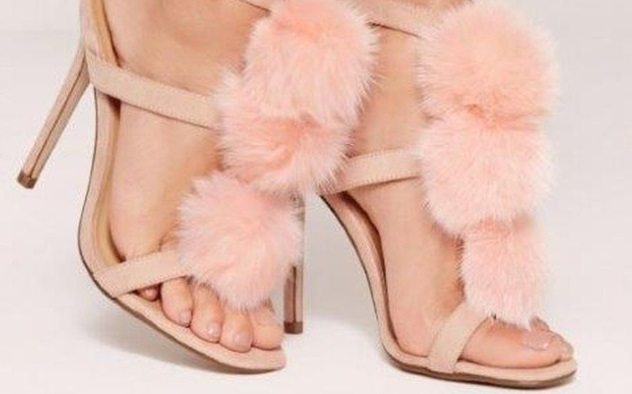 For those who like the look of fur but do not want to see animals harmed, faux fur is popular. However, sometimes fake fur products contain real fur. Such was the case in April 2017, when the British fashion company Missguided was discovered to be using cat fur in its “faux” fur products.[10] In this case, the brand claims it didn’t intentionally sell fur. They have stopped selling their faux fur products and are attempting to figure out what went wrong.

Other brands who claim to be fur-free also sell products made with fur from animals as varied as rabbits to raccoons. Well-intending customers are duped into buying products containing real fur. In the future, for those boycotting fur, it may be advisable to stay away from fur even if it claims to be fake.

1 Safety Is Only For Dolphins 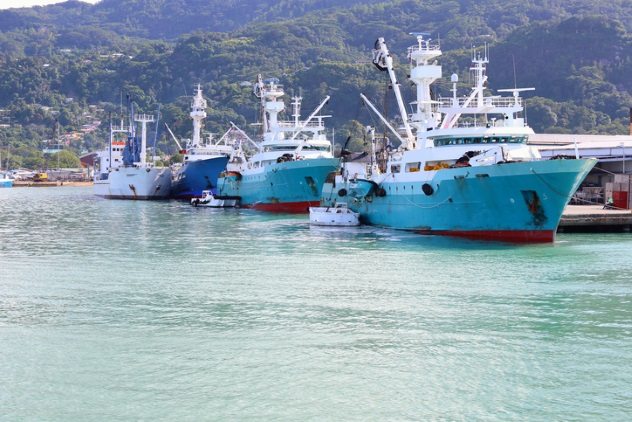 After footage showing dolphins trapped in fishing nets was released in the 1980s, tuna was boycotted. With enough consumer outrage out there, dolphin-safe tuna became a legally regulated marketing term. Now, people felt that they could eat tuna again because dolphins weren’t being harmed.

The reason tuna fishing caused so many dolphin deaths is that fishermen learned that netting near pods of dolphins provided large catches. After the idea of dolphin-safe tuna got attention, fish aggregating devices (FADs) became widely utilized. FADs are objects fishermen use to provide “shelter” to attract fish to their nets while reducing dolphin deaths.

The sad reality is that these devices are too successful and attract animals that fishermen don’t intend to catch.[11] FADs are even believed to be putting some marine animals, such as turtles and sharks, on the endangered species list. Concerned customers buying dolphin-safe tuna may be shocked to learn that the tuna is safe for dolphins—but nothing else.

Alexandra loves writing, reading, and most of all: her adorable guinea pig.

Read more about animal organizations not working out how they were intended on 10 Dark Secrets About Animal Shelters and 10 Insane Facts About PETA.