Although pranks seem more popular than ever and have even been the focus of the television show Impractical Jokers (2011–present), such tricks can be dangerous to their perpetrators and their targets. Jail, injury, psychological trauma, lawsuits, and even death have resulted from some of these mindless hijinks.

As demonstrated by these 10 Halloween pranks that went awry, fun—especially when it’s of a foolish nature—can have serious and even tragic consequences. 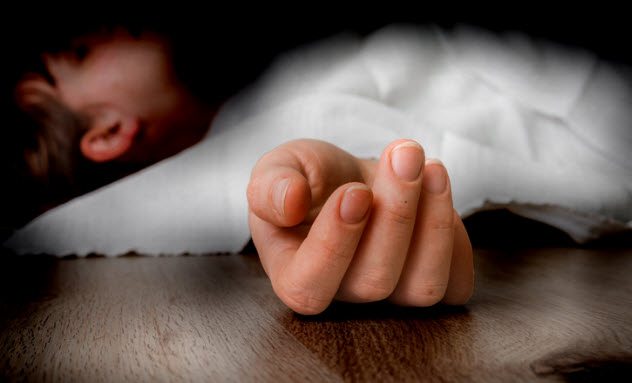 In 2010, unidentified parents in rural Galatia, Illinois, played an ill-considered Halloween prank on their children that could have landed the pranksters in jail. The parents decided to frighten their children by staging a fake murder in which the children’s mother was the “victim.”

The couple’s two children, ages six and eight, believed that their mother really had been killed. They ran next door, where a neighbor called 911 and reported the “crime.”

Based on information provided by the children, the neighbor told the 911 operator that the children’s mother had been strangled by Michael Meyers [sic], the killer in the horror movie Halloween. Coincidentally, a Meyers family lived in the area.

Saline County sheriff’s deputies responded to the emergency call, only to find the mother’s “death” was merely a pretense. Sheriff Keith Brown said, “I’d rather deal with an embarrassing situation and a prank that went awry than deal with what was originally reported.” No charges were filed against the pranksters.[1] 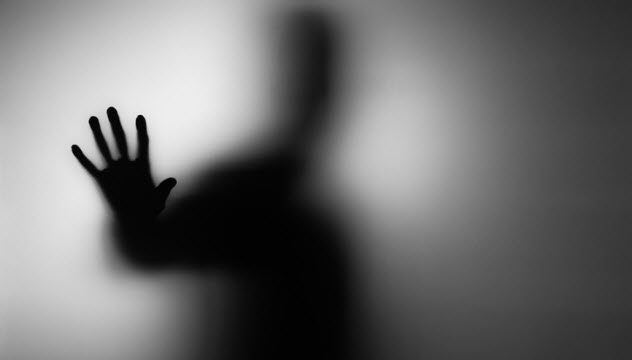 On October 31, 1885, a Capitol Police officer patrolling the dark chambers of the US Capitol Building heard eerie groaning from inside Statuary Hall. Cautiously, he entered the circular room.

Spotting a ghostly figure, he drew his revolver and fired, his bullets marking “the wall in the old House Chamber.” Fortunately for his partner, who’d disguised himself as a ghost, the frightened officer’s aim was off and the eerie specter escaped unscathed. But the prank soon became part of the legends surrounding the Capitol.[2] 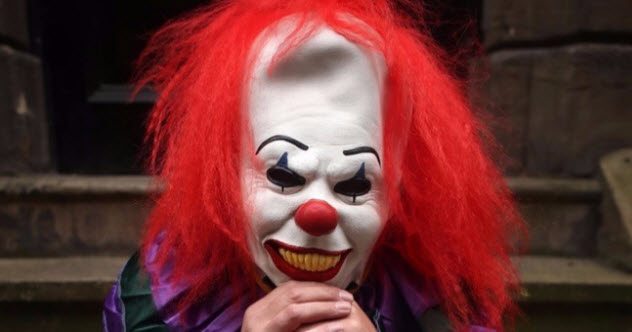 Michael March, 18, may have been dressed as a clown, but Judge Jamie Hill didn’t think March was funny when he chased a pregnant woman with an axe. The victim of his prank threw a brick at the “killer clown” before fleeing for her life. The same night, October 30, 2016, about 9:00 PM, March thumped his axe on the ground, frightening a couple walking past him. They telephoned the police.

March told the arresting officers that he never intended to hurt anyone. He said he’d just been playing a prank on people in the same way that he had been pranked by “killer clowns” in Gateshead, England. March admitted that his behavior had been silly and irresponsible.

His defense attorney, Vic Laffey, informed the Newcastle Crown Court that his client had no previous convictions, lived with his grandparents, and helped care for his grandfather.

March argued that he should be spared a jail sentence because he had been 17 at the time of the offense. The judge disagreed. He told March that his conduct was “serious whatever the context” and by wearing a clown mask, he’d heightened his victims’ fear by concealing his identity. Hill sentenced the defendant to six months in jail.[3] 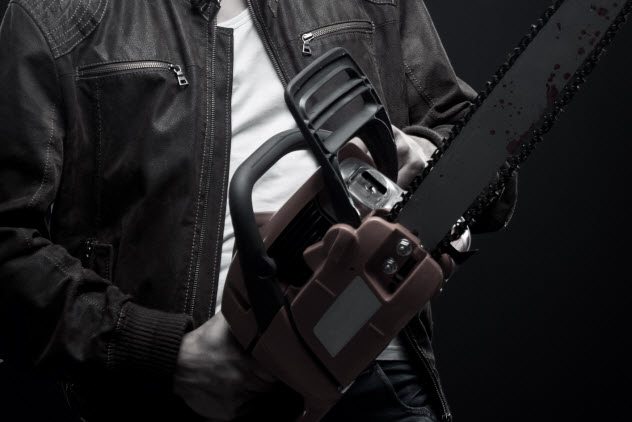 Masquerading as a mad butcher wielding a chainsaw, Frank Alba ambushed unsuspecting 12-year-old Leslie Garcia, who was trick-or-treating in Nebraska on Halloween night in 2011. As she approached Alba’s hiding place, the prankster “revved his saw,” spooking the girl.

Terrified, she fled into the path of a Ford F-250 truck, suffering injuries to her head, neck, arms, legs, back, and spine. Although she survived, Leslie will experience a lifetime of pain and psychological trauma according to her father’s lawsuit against Alba and American Family Insurance. The girl’s father said that Alba’s conduct was not a joke but an act of ill will.[4] On October 31, 2010, in Arlington Heights (a suburb of Chicago), Cynthia Swanson was hosting a Halloween party for her daughter and the girl’s friends. Wearing a mask and brandishing electric hedge clippers, Cynthia waited outside her house for the children to emerge.

When they did, she leaped forth, swinging the clippers in their direction. The son of Jeffrey Flowers and Melody Pekarnek reacted by raising his hands to defend himself. The clippers injured the boy’s fingers and hands.

According to the $350,000 lawsuit filed by the boy’s parents against Swanson for negligence, battery, and willful and wanton misconduct, their son’s hand and fingers are permanently maimed and deformed. Also, he will probably suffer from chronic “distress and disability.” The suit alleges that the clippers’ power was on and that Swanson didn’t prevent the tool from injuring their son.[5] 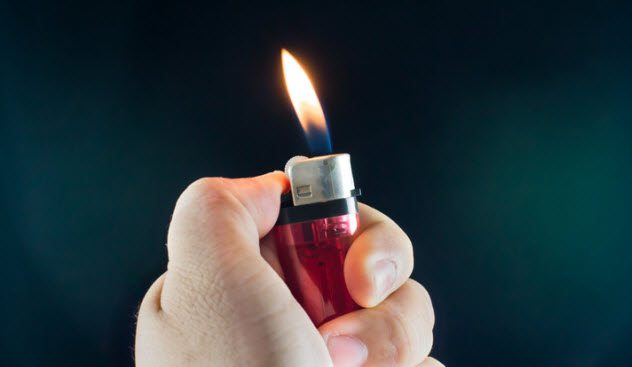 In October 2003, Donald Awalt, 14, of Ellsworth, Maine, was so badly burned by a Halloween prank at a school assembly that he had to be airlifted to a Boston hospital. He suffered third-degree burns over his back, legs, and head.

A 15-year-old schoolmate had set Awalt’s “Army sniper costume of leaves and grasslike material” afire, wondering if it would burn. A moment later, the arsonist had his answer as flames erupted.

After realizing that the incident was not a joke, panicked students ran toward the exits. Awalt hurried down the bleachers to the floor of the gymnasium, where a school employee and students put out the fire with a coat and a fire extinguisher.

Although Lieutenant Harold Page of the local police force characterized the incident as a prank that went terribly awry, prosecutors charged the 15-year-old student with reckless conduct, aggravated assault, and arson. He was incarcerated in a detention center in Charleston. The youth said that he was remorseful and insisted that he never meant to hurt anyone.[6] 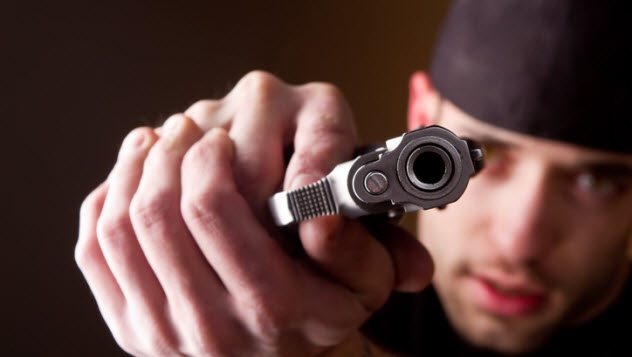 In 1979, a man was hospitalized in critical condition after being shot and stabbed. The attack on Enrique Solis, 32, may have started as a Halloween prank, police said.

Before the onslaught occurred, Solis’s girlfriend, Maria Rodriquez, was walking with him. She heard one of the 8–10 teenage boys involved in the attack say, “Trick or treat.” Solis told her to stand back.[7]

After he exchanged words with the youths, one of them shot Solis. The bullet went through his arm and lung before lodging in his spine. Solis was also stabbed in his right thigh. Rodriquez was uninjured.

Police Officer Frank Paulson of the 106th Precinct said, “In some neighborhoods, they hit you with chalk on Halloween. Here, they shoot you.” In 2013, in an effort to frighten his younger sister, Jordan Morlan, 16, of Louisville, Kentucky, accidentally hanged himself with the noose dangling in the family’s front yard as a Halloween decoration. As part of the prank, he’d slipped the noose over his head.

The teen’s sister notified their mother, Ginger Rodriguez, that Morlan was hanging from a tree. Rodriguez, who was doing laundry, suspected that her son was merely playing a prank on her daughter.

But when the girl told her that drool was running from her motionless brother’s mouth, Rodriguez rushed outside. The boy’s back was toward her, so she spun him around. But she was unable to lift him.

Rushed to the hospital by paramedics, Morlan was comatose. He died of organ failure on September 23, 12 hours after the accident. Police said that he became confused after he slipped the noose around his neck and lost consciousness as it tightened.[8] 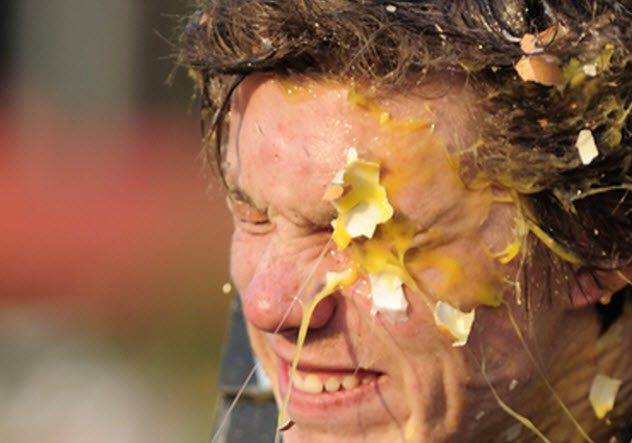 Karl Jackson had turned 21 a few weeks before October 31, 1998. On Halloween, he and his girlfriend drove through the Bronx to a children’s party to pick up her nine-year-old son. At an intersection, a group of teenagers pelted their car with eggs.

When Jackson confronted them, Curtis Sterling, 17, drew a handgun, shooting Jackson in the head and killing him. Curtis was sentenced to prison for 20 years. Every year, he receives a Halloween card reading, “I’m glad you’re still there.” The cards are sent by the same person: Jackson’s mother.[9]

Although “egging” people and objects has long been a favorite Halloween prank, it’s brought grief and suffering to several other pranksters or their victims. Many of the latter are not amused when they’re bombarded with eggs. To the victims, it can be an affront that requires immediate retaliation. Often, reprisal takes a violent, sometimes deadly, form.

Here are some of those incidents.

On October 29, 1994, on his way out of a Brooklyn bar, a man was pelted by eggs thrown by a group of boys. The man stabbed and killed one of the pranksters, a 12-year-old child. In 1996, after Halloween, an egg fight led to gunplay during which a 10-year-old Brooklyn boy was wounded in the neck.

On October 29, 2005, Joseph Padro, 31, was shot to death in the Bronx after pursuing teens who’d thrown eggs at his vehicle. Jeffrey Ivey, 15, pleaded guilty to second-degree murder, receiving a prison sentence of five years to life. 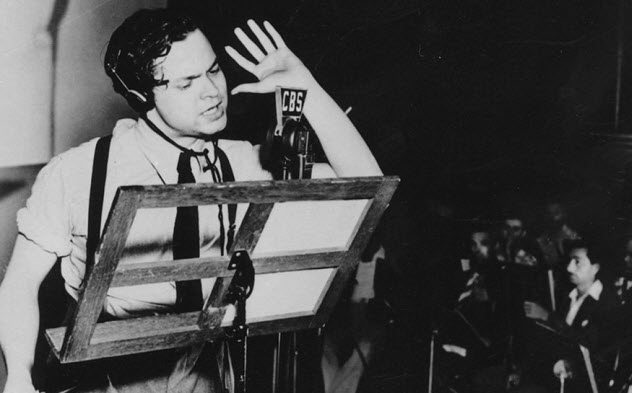 Probably the biggest Halloween prank to go awry was Orson Welles’s October 30, 1938, radio broadcast, War of the Worlds, based on H.G. Wells’s novel of the same name.

In Welles’s production, the program began with authentic-sounding “news bulletins” announcing the sightings of strange disturbances on Mars. This was followed by reports of disasters at actual locations on Earth and, finally, accounts of an unstoppable extraterrestrial invasion in which US citizens were being killed by the hundreds and thousands.

Although four announcements were made during the broadcast indicating that the audience was listening to a dramatization of imaginary events, many listeners had tuned in late and believed the realistic “reporting” was authentic. At one point, there was 10 seconds of eerie radio silence. Listeners panicked, believing that Earth was doomed in the face of the alien onslaught.

Although no one was injured or killed as a result of the program, terrified people prayed, fled in automobiles, and clogged telephone wires with frantic calls. Many people had to be treated for shock. At the end of the broadcast, Welles assured his audience that the show had been nothing more than a prank. “If your doorbell rings and there’s nobody there, that was no Martian . . . it’s Halloween,” he told them.[10]

After the broadcast, the public and government reactions show that many Americans were angry at having been duped by Welles’s terrifying prank. Newspapers described listeners’ responses as “a tidal wave of panic.”

H.G. Wells threatened to sue, claiming that the broadcast had misused his novel. There was talk that the government might take action against CBS, the station that had broadcast the program. Welles’s terrifying prank may have been ill-advised, but it was one of history’s most elaborate, sustained, and, for millions, credible pranks.