Immaculate conceptions are nothing special in nature. Well, not really. However, the ability to reproduce without a male taking part in fertilization, called parthenogenesis, is more common than you might think.

Surprisingly, many species have been known to reproduce asexually, and we’re not just talking single-celled organisms, either. A number of plants and even animals can do so. Here are ten of the most intriguing animals that can reproduce without sex. 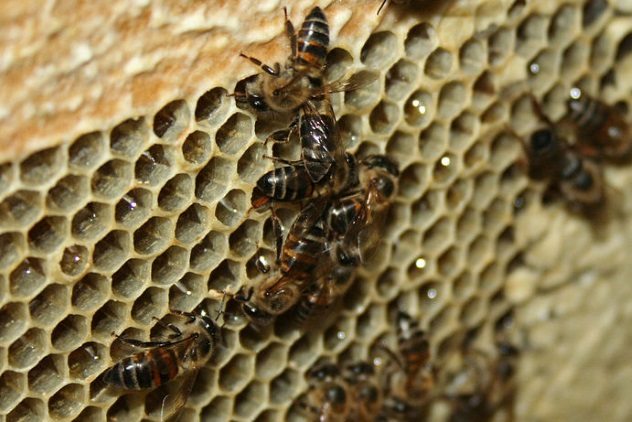 There are 20,000 species of honeybees across the planet but only one that has the ability to reproduce without a need for male bees. The Cape honey bee, or Cape bee, (Apis mellifera capensis) is a South African species capable of reproducing via a process called thelytoky. Thelytoky is a form of parthenogenesis that allows worker bees to lay diploid, female eggs. The resulting bee will always be female and is born without the egg needing to be fertilized.

Only a small number of Cape bee workers express the thelytoky phenotype to reproduce asexually, but they can maintain population heterozygosity, which means the newly hatched bees aren’t direct clones of the parent. Instead, they feature variant sets of chromosomes, making them new, unique individuals within the hive. The bees often lay eggs when new workers are needed or when it becomes necessary to hatch a new queen.[1] 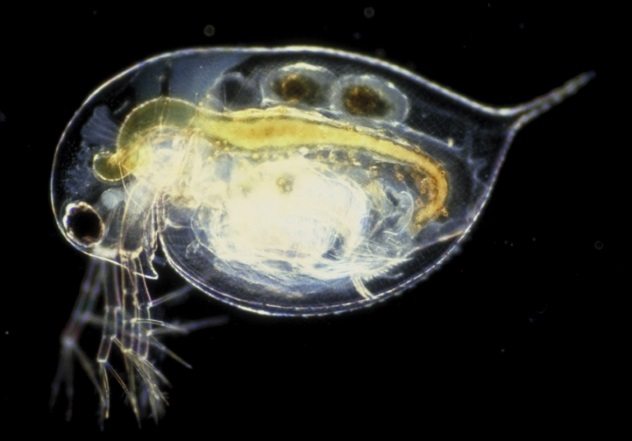 The most common species of water flea, Daphnia pulex, found in the waters throughout the Americas, Australia, and Europe, holds a few notable distinctions in marine science. It is a “model species” and was the first crustacean to have its entire genome sequenced. It also has the ability to reproduce through a process called cyclical parthenogenesis, which allows it to alternate between both sexual and asexual reproduction.

Observations of Daphnia pulex indicate the species will partake in cyclical parthenogenesis whenever conditions are favorable in the water. If an individual happens to meet up with a member of the opposite sex, they get busy, but if they don’t, it doesn’t matter. A water flea that decides to create offspring will do so by producing a genetically identical clutch of eggs consisting entirely of females. While the genetic code remains the same, this offers a larger population of females to spread those genes throughout the environment, resulting in an exponential growth of the overall population.[2] 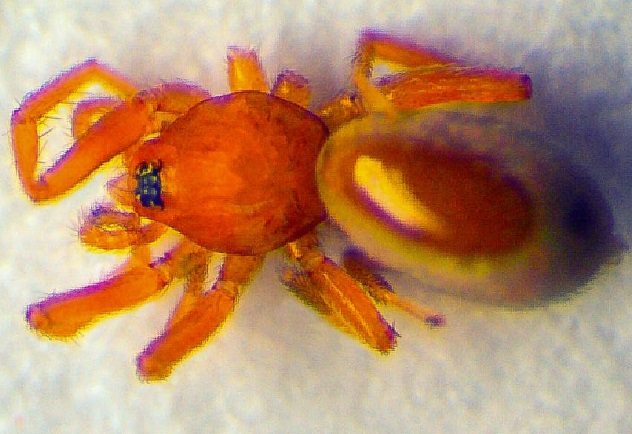 If your nightmares weren’t bad enough already, here’s a type of spider capable of reproducing itself! Don’t go out and buy a flamethrower just yet—Oonopidae, also known as goblin spiders, are a family of some 1,300 species that measure only between 1 and 3 millimeters. Parthenogenesis has been observed in only a few of the species, including Triaeris stenaspis, which originated in Iran but has distributed throughout Europe. They are only 2 millimeters in size, so they don’t pose much of a threat to people . . . if they can even see them. Interestingly, there have never been any males found anywhere, which is why scientists believe they reproduce entirely asexually.

Female members of T. stenaspis reproduce in the same way as the Cape honey bee: thelytokous parthenogenesis. They lay a female diploid egg, which spawns a new female individual. Each subsequent generation demonstrates lower fertility rates, but the species continues to reproduce in this manner with sufficient genetic diversity in their offspring populations.[3] 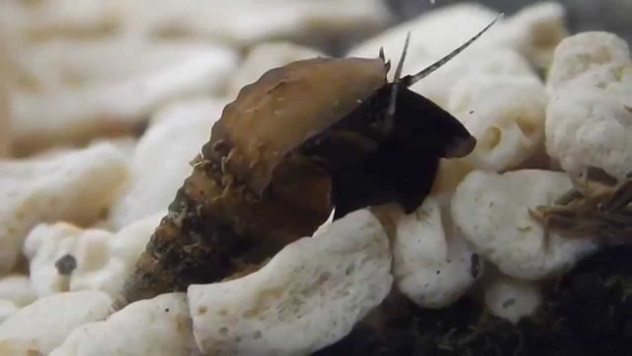 For anyone who has ever owned an aquarium and seen an unwelcome visitor in the form of a small snail, they likely suffered at the hands of Tarebia granifera, commonly called the quilted melania. These small freshwater snails first originated in Southeastern Asia but have become an invasive species across much of the world. They can be found in warm waters in places like Hawaii, Cuba, the Dominican Republic, South Africa, Texas, Idaho, Florida, and other Caribbean islands.

These snails reproduce in two ways: parthenogenetic and ovoviviparous, which means that their embryos don’t leave the female until they are ready to hatch. The result often materializes in a snail that reproduces itself, with its clone offspring able to quickly reproduce such that they can have a population explosion in a small area . . . like an aquarium. These characteristics make the snail an effective invasive species. There are males found in populations, but many of them have nonfunctional genitalia. This suggests that parthenogenesis is their primary means of reproduction.[4] 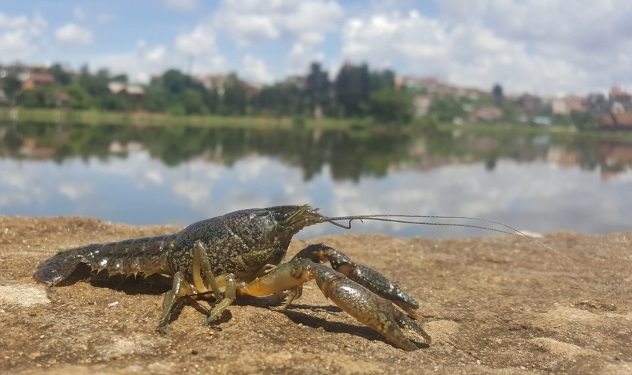 The most interesting thing about the marbled crayfish isn’t that it reproduces itself asexually; it’s that the species didn’t exist until sometime in the late 1990s. It only exists now thanks to a single mutation in a parent species that resulted in the speciation of a brand-new type of crayfish. These little critters are rather beautiful and have made their way into the pet market in Germany, but that presented a small problem: Marbled crayfish clone themselves by the hundreds!

A single female marbled crayfish can lay hundreds of eggs at one time, so people who place one into an aquarium soon find themselves in possession of more than they can handle. As a result, the species has become invasive all over the world, with especially damaging effects in places like Madagascar, where millions of clones threaten native wildlife. They have been compared to Star Trek ’s tribbles, which reproduce uncontrollably, and while they are interesting, they represent a dangerous threat to a number of ecosystems.[5] 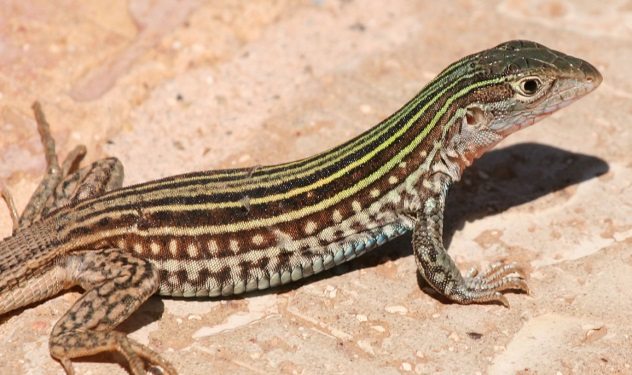 Of the approximately 1,500 known species capable of reproducing via parthenogenesis, most are plants, insects, and arthropods. The ability to reproduce without fertilizing an egg is rare in vertebrate species, but it has been observed in a small number of reptiles. The New Mexico whiptail is an interesting example because the entire species is completely devoid of males. New Mexico whiptails are hybridized offspring of two other species where males are present: the little striped whiptail and the western whiptail.

The hybridization of these lizard species doesn’t allow for healthy male offspring to form, but that doesn’t stop the New Mexico whiptail from marching on and forming its own species, which is even recognized as the state reptile of New Mexico. The female offspring that make up the population of New Mexico whiptails are able to lay up to four unfertilized eggs in the summer. These then hatch approximately two months later into new female members of the population.[6] 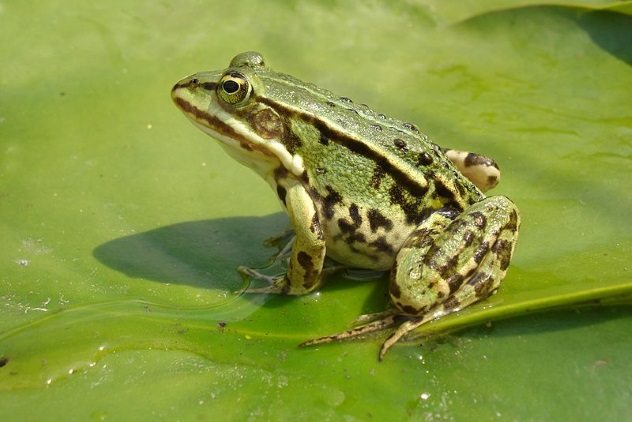 The aptly named edible frog (Pelophylax esculentus) is a common European species of water or green frog. It is the primary species used in France for food, as its legs are rather tasty when prepared properly. These frogs reproduce through a process of hybridogenesis, which works in a manner similar to parthenogenesis. Females create hybridogenetic hybrids, which exclude one half of the parent genes to create a new generation of offspring with half of the genes produced clonally and the other half passed sexually.

This process of reproduction takes the genetic material from the father’s side and recombines it into something completely new. While this isn’t exactly parthenogenesis or asexual reproduction but a subclass of the process, it’s on this list due to the nature of the offspring. Each subsequent generation carries the mother’s DNA while only carrying a hybridized genome of the father. The next generation can produce males, but their DNA is, in a sense, a clone of their mother’s with their father’s recombined into something the mother created for her offspring.[7] It’s a weird way of making babies, but at least they taste good. 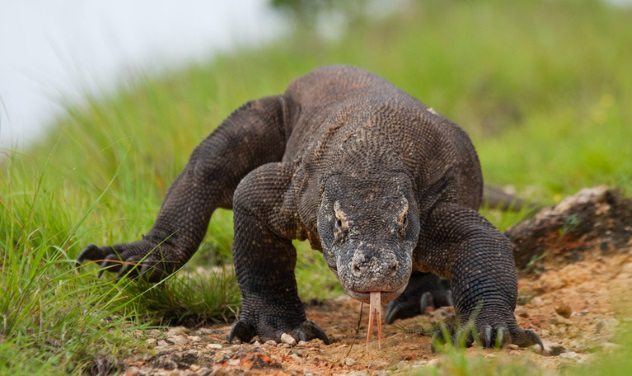 Komodo dragons have long fascinated people due to their incredible size and comparison to ancient reptiles long extinct from the Earth. They are the largest living species of lizard and can grow up to 3 meters (10 ft) in length and weigh in at a whopping 70 kilograms (154 lb). They prey on large animals like deer and pigs but could probably take out a human if they felt like it, thanks to the toxins contained in their bites. These reptiles weren’t known to reproduce parthenogenetically until 2005, when a specimen at the London Zoo laid eggs after having had no contact with any males for over two years. Initially, it was suspected that she stored sperm until it was needed for use, but this was proven false when genetic testing confirmed there was no additional genetic material present.[8]

The same thing has happened to various other female Komodo dragons in captivity all over the world. Many of the eggs that hatch end up being male, which is unusual for an animal reproducing asexually. They accomplish this via their ZW chromosomal sex-determination system, which differs from the mammalian system of XY chromosomes. When a Komodo Dragon enters an isolated area like an island (or terrarium), she can produce male offspring to mate with. While this is not something humans should ever do, for the dragons, it creates a viable population that allows the species to continue, though it does degrade genetic diversity. 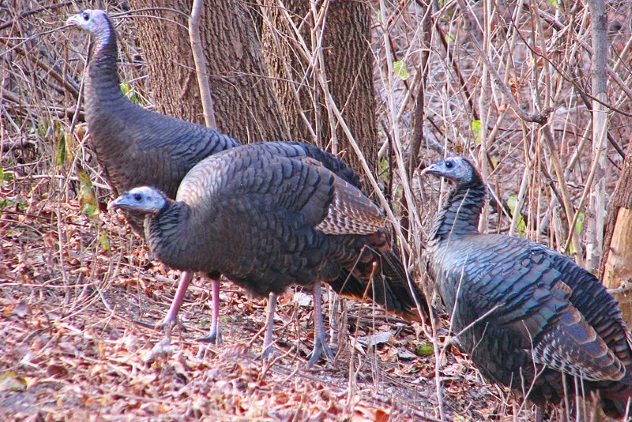 Most people don’t think about turkeys very often, though they eat their meat throughout the year. Turkeys are capable of reproducing via parthenogenesis when females are separated from a male population. Interestingly, a female turkey placed within earshot of males will reproduce asexually far more often than when she is kept away from them. The process is rare in wild turkeys, but it has been noted to occur in various populations and is far more common in domesticated populations in farms.[9]

When an egg hatches without the benefit of a male, it is always born male. While a female laid the eggs, the male chicks she hatches are all genetic clones of her, with the only difference being the sex. Turkey breeders have taken note of this and have worked to force parthenogenesis in females so that various genetic traits like larger breasts are passed down to her offspring. 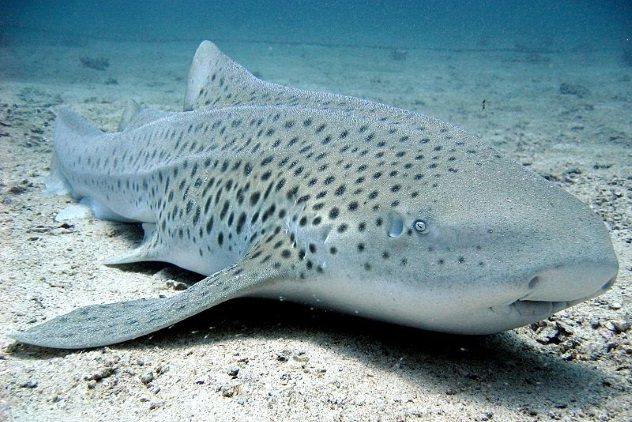 It seems the more complex the organism, the less likely it will be able to reproduce asexually. Sharks are certainly complex, but there have been noted examples of zebra sharks reproducing without bothering to get any of that pesky DNA from a male counterpart. Zebra sharks are docile nocturnal fish that have long interested humans, but it was only recently that we observed parthenogenesis in the species.

The first time was with a shark named Leonie, which had been living in an aquarium apart from any males for several years. After four years of separation, she laid eggs that produced three offspring.[10] Since that first observation, other zebra sharks have been shown to produce offspring without a mate. It appears that they are able to do this regardless of their mating conditions. Several specimens have been noted to produce offspring containing only their genetic code even when in the presence of males in their habitat.