As we slogged through the cold winter month of February, the news bubbled away once again with stories of disaster, catastrophe, chaos, killing, and death. There were lies, counter lies, claims of fake news, and a general sense that things were failing to get better.

But there was some good news, too, if you knew where to look. Maybe not much, but perhaps enough rays of sunshine to keep us all going until winter is finally over.

10 We Watched Russia Manipulate The Florida Shooting (And Did Nothing) 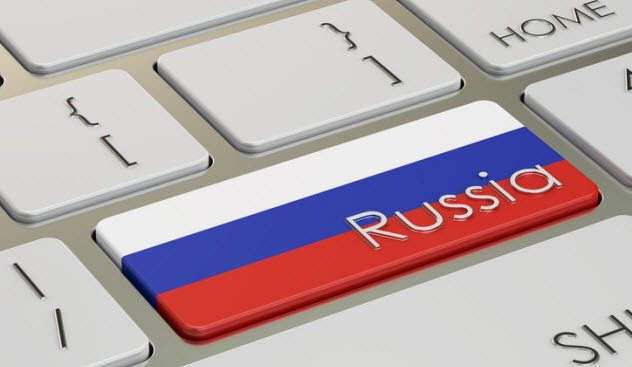 It’s pretty much a given these days that any controversial issue in the US or EU will be inflamed by a bazillion Kremlin-linked Twitter bots. Nonetheless, it was scary to witness how quickly those bots pounced on last week’s mass shooting in Florida.

Within half an hour of the massacre, Russian accounts were turning controversial left-wing and right-wing positions into major trending tags on Twitter. One of their talking points even made it into mainstream news. The overall effect was to create division when the US needed unity most.

The work of the bots and the extent of their reach didn’t become clear until this week, at which point the damage was already done. Attempts to have a serious conversation about guns or mental health disappeared beneath partisan rancor, conspiracy videos, and despicable nonsense about crisis actors (although activism from surviving students did offer a counterpoint).[1]

Reports now suggest that social media giants are nowhere near ready to deal with upcoming Russian attempts to widen divisions during the 2018 midterm elections. 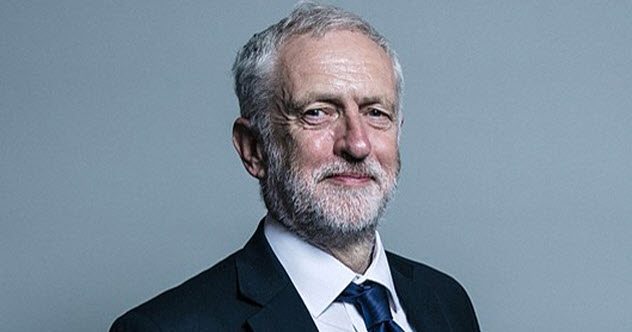 The StB was Communist Czechoslovakia’s answer to the Stasi, a sprawling spy network that targeted every aspect of life until the 1989 Velvet Revolution. They had some big names on their roster, such as Karl Koecher, the mole who infiltrated the CIA. This week, an investigation by British tabloid The Sun claimed that the StB had another famous face on their side: Jeremy Corbyn, current leader of the UK Labour Party.

The revelations came from former StB spy Jan Sarkocy, who claimed that he met Corbyn in the 1980s and paid him money for sensitive information. Corbyn was an MP during the Cold War and is known to have met with a Czech “diplomat.” Sarkocy claims it was at this point that Corbyn agreed to collaborate.

If true, the allegations would amount to treason. However, there are significant doubts. Sarkocy also claimed that he secretly organized 1985’s Live Aid concert, which seems unlikely, and the caretaker of the StB’s files says Corbyn is listed only as someone the agency would like to recruit.[2]

Still, if he was an informer, he’s in good company. The current Czech Prime Minister, Andrej Babis, is also suspected of being an StB collaborator.

8 Venezuela Launched Its Own Cryptocurrency 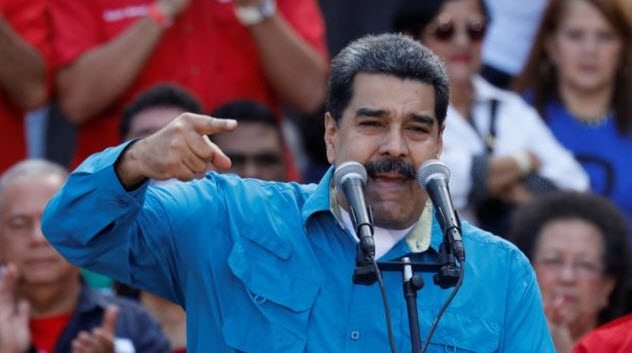 Given Bitcoin’s recent wild ride on the financial markets, it’s debatable whether now is the ideal time to launch a new virtual currency. That hasn’t stopped Venezuela. This week, the ruling party of autocrat Nicolas Maduro announced it was setting up its own cryptocurrency as a way around tough US sanctions. Known as the Petro, its price will be directly linked to the cost of one barrel of Venezuelan crude.[3]

The currency will likely be the world’s first sovereign cryptocurrency and, as such, represents a leap toward the mainstream for all cryptocurrencies. Nonetheless, it also has potential to cause real damage.

Venezuela’s opposition has condemned it as an illegal issuance of debt, while the US has voiced concern that it could help prop up Maduro’s ailing regime. It will be interesting to see if anyone actually invests.

7 One Of The 20th Century’s Most Influential Preachers Died 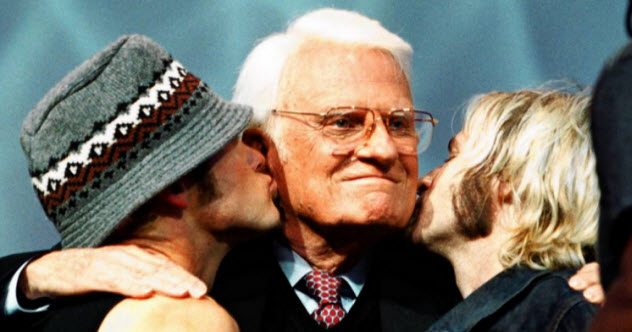 Even if you’re not aware of it, you’re living in a world that was shaped by Billy Graham.

One of the most successful preachers in history, Graham’s evangelical sermons affected every corner of the world. A few words from him could catapult an obscure starving village into the international spotlight.

He had the ear of presidents. Even atheist dictators like North Korea’s Kim Il Sung met with him. His work affected millions of Americans and hundreds of millions worldwide. His death this week at 99 marks the end of an evangelical era.[4]

Effective as he was, Graham was not without blemish. While he won worldwide respect for speaking out against segregation in the ’50s and ’60s, his image was tarnished when a tape later emerged of him and Nixon railing against Jews. While he promoted peace with the Soviet Union and North Korea, he also called AIDS God’s divine judgment on gay people.

Still, whatever you think of him, he was a true titan of the 20th century, both in religious circles and political ones. 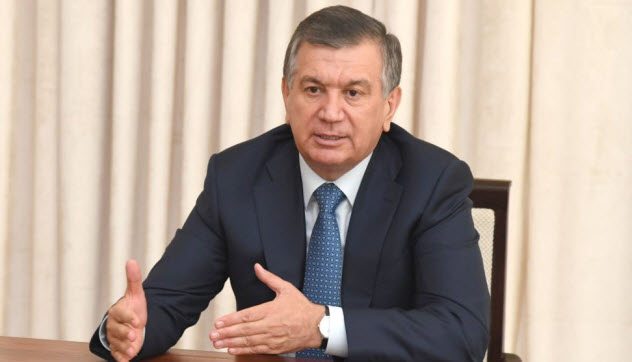 At the end of August 2016, this column told you how Uzbekistan’s long-serving dictator, Islam Karimov, had finally died. Since Uzbekistan is one of a collection of post-Soviet Central Asian nations that still defines democracy as “one man, one vote, so long as that man is president,” most expected Karimov’s successor to be another despot.

All of which makes his actions this week so surprising. After a couple of years consolidating his power, President Shavkat Mirziyoev finally did something truly amazing. He began to dismantle Uzbekistan’s feared secret police, the SNB, calling them “mad dogs.” He even promised 20 years in prison for any SNB agent found to have tortured, blackmailed, or killed Karimov’s rivals.

This is a huge change for Uzbekistan, a state once described as almost as repressive as North Korea. It follows Mirziyoev making similar pronouncements about the notoriously corrupt finance ministry and firing thousands of government workers guilty of abuses.[5] Has spring finally come to Central Asia’s most repressive state? 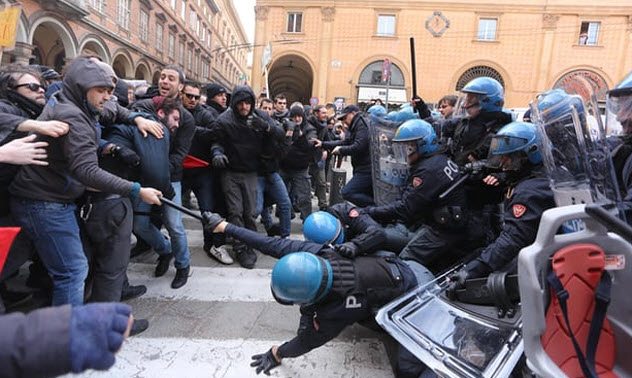 On March 4, Italy will go to the polls for an election that may see disgraced former Prime Minister Silvio Berlusconi become kingmaker. Incredibly, that may not be the worst outcome of these nastily divisive elections. Following weeks of violence between the extreme right and left, there are fears that political terrorism may again be on the rise in Italy.

Those fears came to a head on Wednesday when the head of a right-wing party was attacked by left-wing extremists. They tied him up and gave him a vicious beating, leaving him with serious injuries.[6]

Despicable as this was, the violence hasn’t all been a one-way street. Earlier this month, a right-wing extremist shot five migrants in the town of Macerata. Although all survived, it stoked tensions in a country that has already seen street battles between anti-fascist and right-wing hooligans.

The fear is that these tensions could see a return to the Years of Lead, when both the left wing and the right wing carried out deadly attacks in Italy, including the Bologna Station bombing that killed 85. We can only hope that cooler heads prevail. 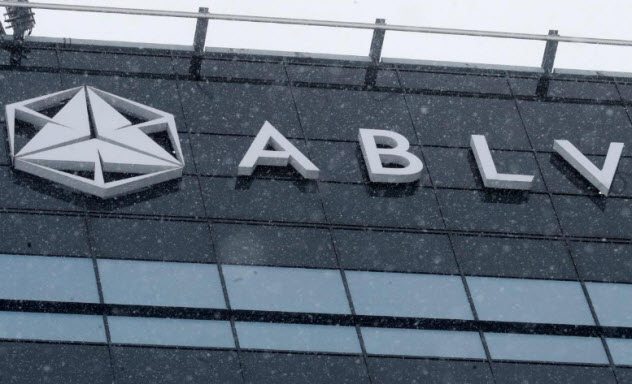 The former Soviet state of Latvia has long prided itself on a banking system that bridges the divide between East and West. Now, though, this pillar of the local economy seems far from stable.

On Monday, one of the country’s biggest banks was rocked by US allegations that it was involved in money laundering and helping North Korea to avoid sanctions. This came after a weekend in which Latvian police arrested the governor of the nation’s central bank for accepting bribes.

The two scandals were unrelated, but they combined to act as a hammer blow against the nation’s financial system. The European Central Bank instantly froze payments from the bank accused of money laundering while talk began to circulate of a possible bailout.[7]

Although Latvia’s financial system will probably survive this crisis, it poses problems for the EU. Latvia is a member of the eurozone. Any bad conduct by its banks can destabilize the entire euro currency. The Financial Times has suggested that this latest scandal may lead to the creation of a unified code of conduct across the European Union. 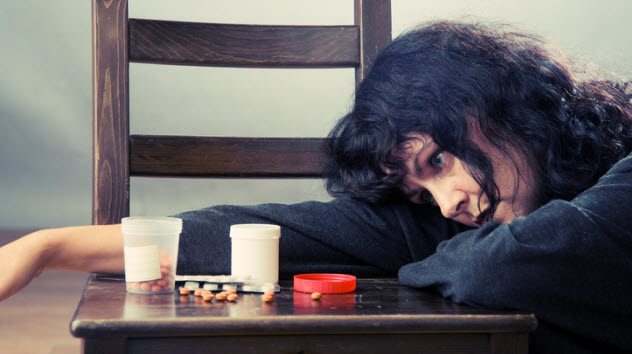 A big mental health debate in recent years has involved whether antidepressants are generally better than placebo pills for treating depression. While some studies suggested drugs were better, others seemed to point to a better effect from placebo pills, with the added benefit that no side effects would be involved.

This Wednesday, the debate finally seemed to be settled. In a major study published in The Lancet, researchers conducted a meta-analysis of the results of 522 randomized trials covering 21 antidepressants and nearly 117,000 people. They concluded that every kind of antidepressant was better for treatment than placebos. 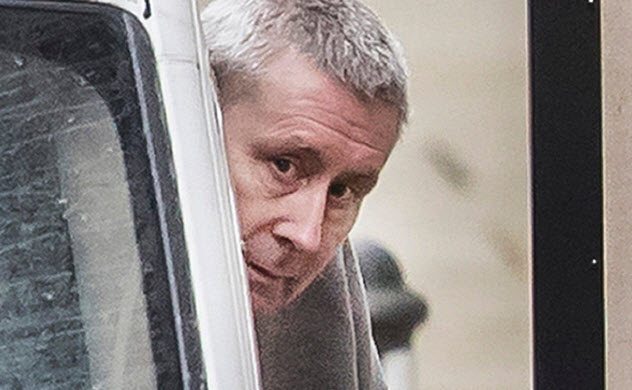 For 13 years, black cab driver John Worboys prowled the streets of London looking for single women. (To clear up any confusion for non-Brits, the cab was black, not the driver.)

Those who hailed his cab would be given a drugged glass of champagne (which Worboys claimed was to celebrate a big gambling win). Then he raped the women while they were unconscious.[9]

It’s thought that he assaulted over 100 women, making him one of Britain’s worst sex offenders. The reason he got away for so long? The Met Police failed to take his victims seriously or link up multiple reports of a serial offending black cab driver.

This week, a long-running court case brought by two of Worboys’s victims reached its conclusion. The Met was ordered to pay compensation to the women for breaching their human rights. The ruling also sets a precedent: Victims of violent crime who are ignored, belittled, or dismissed will now be able to sue the police.

This is potentially a big change for the British legal system. For the first time, it makes forces directly responsible for their serious failings. Hopefully, it means a scumbag like Worboys will never again be able to evade justice for so long. 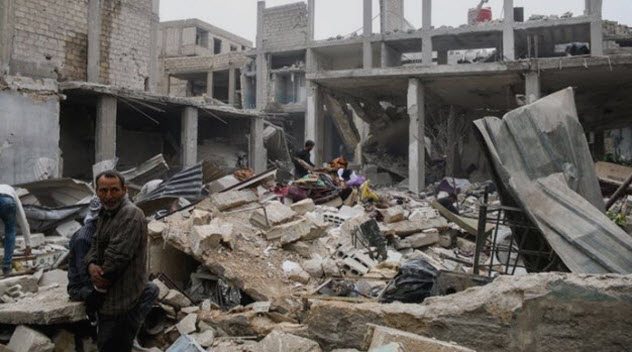 The civil war in Syria has been running for nearly seven years. Each new year seems to bring with it a sense that things can’t get any worse—that the atrocities can’t be topped—and then something new happens that makes you reassess just how inhumane humans are capable of being. This week, that something new was the Syrian regime’s siege of Eastern Ghouta.

A large suburb outside Damascus, Eastern Ghouta is the Srebrenica of this decade. Declared a safe zone just last year by Russia, Iran, and Turkey, it quickly swelled with refugees until 400,000 were crowded into its rubble.[10]

Then, this week, Assad’s forces simply started bombing it. They rained shells down on buildings and destroyed seven hospitals (a war crime). They also left so many children hideously maimed that UNICEF claimed it had no words left to describe the horrors, a first for an agency that has worked through the bloodshed of the worst conflicts of the last 70 years.

At the time of this writing, more than 270 have died in Eastern Ghouta in the last three days, including 60 children. Russian warplanes scream through the skies, helping Assad’s troops commit their atrocities. Despite all the blood spilled so far in this war-torn land, it seems that the region’s power players will not be satisfied until there are no Syrians left at all.