As the spring got underway, the big story from Washington was that it’s time for war! At least, a trade war, if controversial proposed steel tariffs go ahead. Elsewhere, the news was its usual mixture of exciting, hopeful, and worrying. There were Earth-shaking elections in Italy, huge scientific advances in Australia, and a possible assassination attempt in Britain. Want to find out what the world’s been up to these last seven days? Read on. 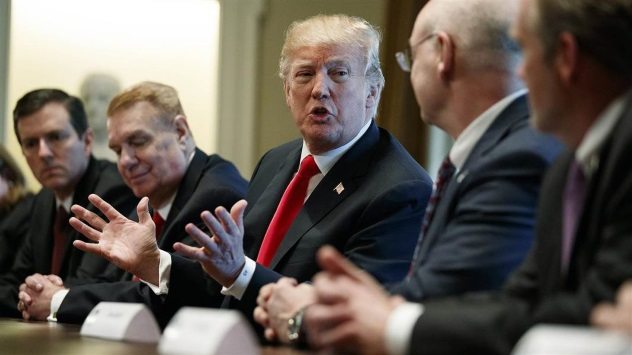 After the 2016 US election, the international community worried that President Trump would start a trade war with China. Over 2017, the idea seemed to sink into the background, only to come roaring back last Friday. The president announced he would be slapping huge tariffs on imported steel. Only, the target would no longer be China. Instead, it was Canada, Mexico, and the European Union in line for a kicking.[1]

Canada and the EU are the largest exporters of steel to the US, with Brazil, South Korea, Japan, and Mexico also ranking highly. (China barely breaks the top ten.) All those nations are nominally US allies, a fact that hasn’t gone unnoticed abroad. Mexico, Brazil, and Japan have all threatened retaliatory action, but the biggest battle may be with the EU. Brussels has already drawn up a hit list of 100 American products it will target in return. Among sectors that could be hit badly by new EU tariffs is farming—broadly a Trump-supporting profession.

Republicans are sounding the alarm over the tariffs, with Paul Ryan saying they could wipe out any economic gains from his tax plan. 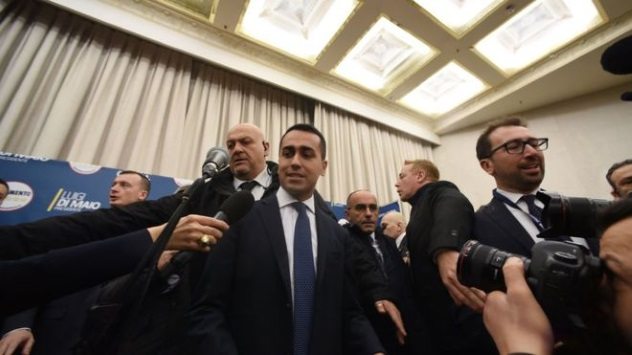 It’s official: The political mainstream is dead in Italy. On Sunday, voters went to the polls, expected to give the ruling Democratic Party (PD) a drubbing. They went well beyond what was predicted. PD was annihilated. The mainstream center-right coalition, Forza Italia, was forced into third place. Instead, victory was handed to two populist, anti-immigrant parties: Five Star, which got the most overall seats, and the League, which now heads the largest bloc of parties. Italian politics will never be the same again.[2]

The exact direction Italy will be taking is currently unknown. While both leading parties have an anti-EU, anti-immigrant streak, they’re otherwise completely different. Five Star is a left-wing, vaguely anarchist movement that performs well in the south. The League is a right-wing outfit that dominates the north. The two might potentially go into coalition together, but that could alienate their bases. Already, Five Star is reported to be considering a left-wing coalition with the much-loathed PD. Whether the party’s southern base finds that more off-putting than a coalition with the northerners remains to be seen. Was it an attempted hit? On Sunday, Sergei Skripal and his daughter Yulia collapsed on a bench in the picturesque British town of Salisbury. Both are now hospitalized in critical condition, poisoned by an unknown substance, revealed on Wednesday to have been a nerve agent. One of the emergency responders has also been hospitalized. As of this writing, the finger of suspicion is pointing at the Kremlin.[3]

Skripal is a former agent who spied on Russia for Britain. He was released in 2010 as part of a spy swap and has lived in Salisbury ever since. His sudden exposure to a deadly substance has eerie parallels with the case of Alexander Litvinenko, who was poisoned with polonium by Moscow in a London bar in 2006. The fear is that the Kremlin is becoming ever more brazen in murdering dissidents in foreign nations.

It’s worth pointing out that this case isn’t entirely open-and-shut. Skripal (unlike Litvinenko) has never gotten involved in politics, and he survived six years in a Russian jail, where it would have been much easier to kill him. It may yet turn out that the case is related more to organized crime than to any Kremlin shenanigans.

7 North Korea Said It Was Wiling To Suspend Nuclear Tests This could be the good news we’ve all been waiting for. On Monday, Kim Jong Un personally met with South Korean officials for the first time in his reign, a sign of the thaw that’s been ongoing since the nations fielded a joint team at the winter Olympics. During the get-together, Pyongyang and Seoul announced they would host a joint summit in April, something that hasn’t happened for nigh on ten years.

But the best was saved for last. During their talks, Kim himself apparently said the North was willing to suspend nuclear tests in return for peace talks with the US.[4]

We’ve been here before, of course, in the 1990s and at the turn of the 21st century. Each time, talks have come to nothing. But there’s been an all-round change in leadership since then, and maybe South Korea’s President Moon, Donald Trump, and even pudgy Kim can manage to do what their predecessors couldn’t. Here’s hoping. Well, here’s a law that seems ripe for abuse. At the end of last week, Democratic state senators in Rhode Island put forward a bill that would force Internet service providers to block all pornography and “patently offensive material” or face a $500 fine. Any citizen who wants to access pornography would be required to pay the state $20.[5]

While this sounds like a minor story, it’s indicative of some worrying trends. There seems to be a feeling in today’s culture that sex is inherently bad. Not only does the Rhode Island bill equate watching pornography with human trafficking (the $20 fees would go to an anti-human trafficking council), but it also creates a provision for a database that would store the names of those willing to pay. In effect, it’s an attempt to shame people into accepting a very narrow interpretation of what is and isn’t moral.

The bill may fail, given its potential to conflict with the First Amendment. Still, the fact it was proposed at all is troubling.

5 The Way Was Paved For Serbia’s EU Accession “Accession is not a dream, but a reality.” Those were the words Jean Claude Juncker spoke at a Balkans summit at the end of last week, and they could signal one of the biggest changes in European politics since Brexit. Following discussions early this year, Juncker said EU leaders were now preparing to vote through a 2025 deadline for expanding the EU into the Balkans. It’s now thought that real steps are being made to ensure Serbia joins the bloc.[6]

This is a big deal for the Balkan region, and it has been backed up by action in Belgrade. On March 1, Serbia’s National Assembly formally adopted a framework for bringing local laws into line with EU regulations. With Serbia’s economy booming, the one-time pariah state may soon be a full member of the world’s largest trade bloc, a much-needed victory for an EU desperate to move on from Brexit.

There remain sticking points. Brussels insists Belgrade must normalize relations with Kosovo before accession, which may prove a step too far for many Serbs.

4 Honduras Arrested A Powerful Executive For An Activist’s Murder Honduras is not a good place to be an activist. Over the past decade, over 100 people supporting land or indigenous rights have been murdered, and police, frankly, don’t give a cup of warm cat’s urine. This week, that may all have finally changed. On Saturday, Honduran police arrested Roberto David Castillo, the executive president of energy company Desa. He was charged with ordering the murder of activist Berta Caceres.[7]

Caceres was leading protests against a new dam Desa was building when she was shot dead in her home in 2016. The killing seemed to touch a nerve in Honduran society, prompting an unprecedented backlash. It was alleged that security services, construction workers, and Desa employees had all threatened Caceres. A 2017 report indicated that the Honduran state itself was likely involved. Someone had to take the fall.

As the highest-profile arrest in the Caceres case so far, Castillo’s detention now sends a warning that the days of impunity for rich killers in the Central American nation may be over. The last time Sri Lanka declared a state of emergency, it was in the grip of a bloody 26-year civil war against Tamil separatists that would ultimately kill between 90,000 and 140,000. This Tuesday, the country entered lockdown again for the first time in nearly a decade. Following anti-Muslim riots in the district of Kandy, the government took the unusual step of extending a state of emergency over the entire island.[8]

Like Myanmar, Sri Lanka has seen a steady rise of Buddhist nationalism over recent years. Like in its distant neighbor, that nationalism has now spilled over into violence against a Muslim minority. While the Tamils (who are mostly Hindu) were not involved in this latest flare-up, President Sirisena ordered the state of emergency in case the riots reignited a broader ethnic conflict. In January 2016, gunmen stormed a restaurant and hotel in Burkina Faso’s capital Ouagadougou, killing 30. Last Friday, even that vicious attack was nearly outdone. Terrorists exploded a car bomb at the city’s military headquarters and then stormed the French embassy. By the time the smoke cleared, eight were dead, and 80 had been wounded.[1]

The attack was remarkable for how brazen it was. Ouagadougou’s military headquarters is heavily guarded, and the French embassy is usually one of the safest places in the country. The fact that the attackers were even able to get close is a major failing. Still, Ouagadougou was lucky. The car bomb was intended to kill everyone at a regional anti-terrorism meeting. It would have done so—and thus wildly increased the death toll—had the meeting not been moved at the last second.

Some good may yet come of this carnage. Emmanuel Macron has been urging former French colonies to do more to tackle Islamic extremism. This attack may be the wake-up call Burkina Faso and others needed. 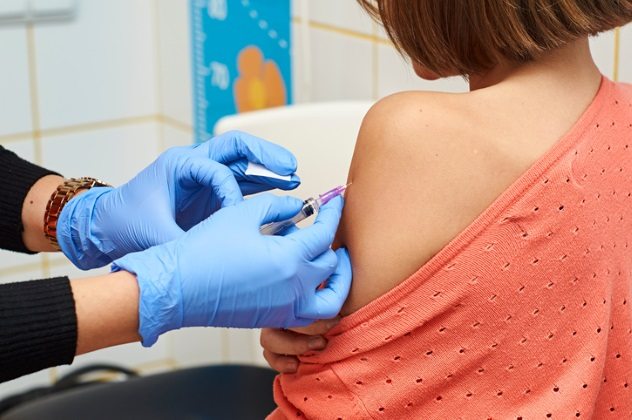 Let’s end on some good news for once. On Tuesday, the International Papillomavirus Society (yep, that totally exists) made a welcome announcement. After studying the effectiveness of Australia’s free cervical cancer vaccine, they announced it had succeeded beyond all expectations. In fact, it was so effective that it’s now thought that Australia will become the first country on Earth to completely eradicate cervical cancer.[10]

Over 99 percent of all cervical cancer cases are caused by the human papillomavirus (HPV), a sexually transmitted disease. In 2007, Australia began offering a free vaccine to all girls aged 12 to 13, eventually expanding the program to include boys, too. When the program began, the number of young Australian women carrying HPV stood at over a fifth (22.7 percent). By 2015, it had dropped to barely one in 100 (1.1 percent).

With even more screening tests announced at the end of 2017, it’s now thought that Australia is fast on track to completely eliminate cervical cancer. Within just ten or 20 years, there may be no new cases at all. Now if we can just get the rest of the world to follow suit, we’ll have something to really celebrate.