For parents, it can be really difficult to leave their children in the hands of total strangers, especially in today’s world. Many women have to go to work soon after their child is born, and they really have no choice but to drop their son or daughter off at daycare and hope for the best. Most of the time, the worst that could happen is a scrape on the playground, but their imaginations go wild because there is so much that can go wrong.

Most daycares are safe environments with competent staff who care about well-being of the kids there. Sometimes, however, parents’ fears turn out to be completely justified. These ten true stories are a parent’s absolute worst nightmare. 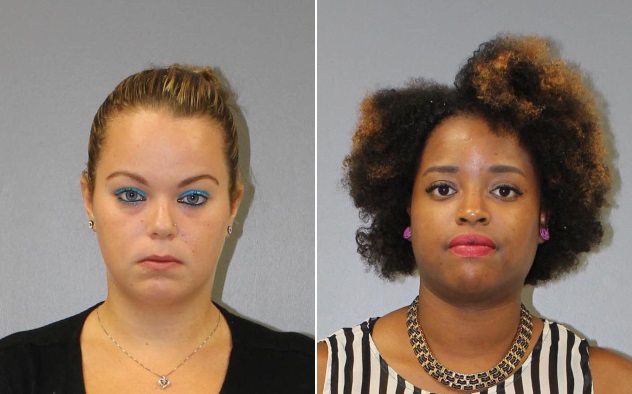 Sometimes, kids get into disagreements over sharing a toy or snack, and it can lead to a fight. Normally, teachers at a daycare try to encourage children to use their words, rather than their fists. However, in 2015, two employees at a daycare center called Lightbridge Academy in Cranford, New Jersey, Erica Kenny and Chanese White, thought that two toddlers fighting was entertaining and allowed it to go on.

They began uploading videos to Snapchat of the toddler fights. In the videos, Kenny (left above) and White (right above) cheer them on and encourage them to keep going. Erica Kenny can be heard quoting the movie Fight Club, which was clearly their inspiration. At least 12 children were involved in these fights orchestrated by Kenny and White. The duo had the misconception that once a Snapchat video is done, it can never be retrieved. Obviously, they were wrong. The videos were collected and handed to the authorities. The women were charged with child abuse. They pleaded guilty in 2016.[1] 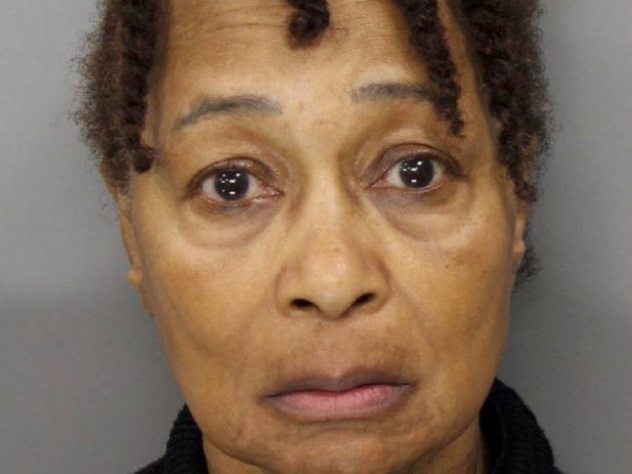 A woman named Anna Elizabeth Young ran a group she called the House of Prayer For All People near Micanopy, Florida, during the 1980s and 1990s. She opened up her home as a childcare center, and parents were happy to leave their kids with this woman, who seemed like a very sweet and devout Christian. Besides the normal daycare hours, she also offered overnight babysitting and called her home a religious boarding school.

Of course, the members of Young’s prayer group had no idea they were being manipulated into joining her cult. She told her followers that if their children misbehaved, it meant that the Devil was inside them. She claimed that if the parents left the kids overnight, she she would exorcise their demons and teach them to be sweet little angels. Little did the parents know that she had been torturing children in her home since the 1960s.

In 1992, Young gave a child a bath but poured chemicals all over his body, which left burns on his skin that the parents were able to notice once they got home. Young was charged with child abuse but ran from Florida to avoid arrest. She was finally caught and sentenced to about six months in prison in 2001. In 2017, Young, now 75 years old, was charged with murder for the death of a toddler who was tortured and starved. Investigators believe there could be “many, many more” abuse victims. A number of adults, some now in their forties and fifties, have come forward to aid police in their investigation.[2] 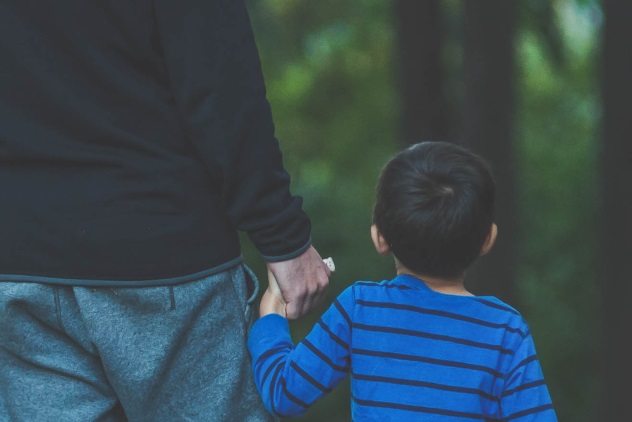 In November 2017, a mother in Pretoria, South Africa, was bringing her five-year-old son to daycare. She learned that the staff were letting children leave the building with friends at closing time without double-checking with the parents to confirm if that was okay. This scared her, so she made it clear to them that she only wanted her child to leave with herself or her husband.

Only a week later, the boy’s mother showed up to get her son, and she was horrified to learn that they’d handed the boy off to a stranger who was actually a child predator. The kidnapper somehow had the parents’ phone number. He called the boy’s father, demanding a ransom for his return, and tortured the little boy. Two days later, the police found the boy abandoned at a barber shop. The mother believes that the employees of the daycare center were somehow involved with the kidnapping because everyone in the staff knew what her husband actually looked like.[3] 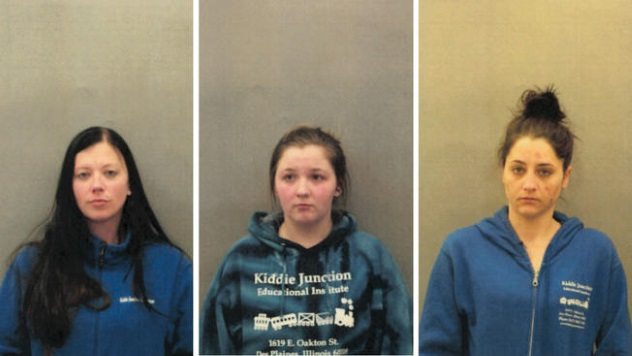 Melatonin naturally occurs in the body to help us fall asleep, and it’s available in supplement form. However, it’s not okay to give it to kids because it has been known to cause seizures and other health complications in children. It’s also possible to overdose on melatonin, especially for kids who are taking adult-sized amounts. That didn’t stop three daycare employees in Chicago from giving kids melatonin gummies every single day during nap time so that they would fall asleep.

Typically, teachers should never be giving medication to children without a parent’s permission, but it gets worse. They force-fed the gummies to all of the kids, even if they refused to eat them. One of the parents found out about this and called the police. The workers claimed that they didn’t think it was inappropriate behavior, and their excuse was that the gummies were something that can be bought over the counter, so it’s not their fault. All of them were arrested and charged with battery and endangering the life of a child in March 2018.[4] 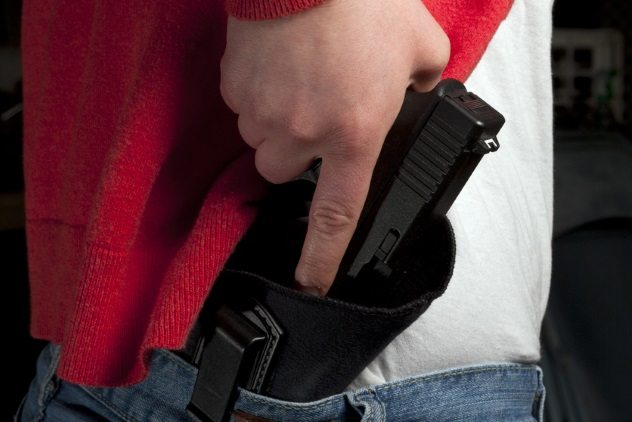 At the Lake Bowen Baptist Church Child Development Center in Inman, South Carolina, teachers were helping the students take out their lunch boxes to eat, just like any other day. To their shock and horror, one of the toddlers took a loaded handgun out of her Hello Kitty lunch box. Thankfully, one of the teachers spotted it before any damage could be done, confiscating the weapon and removing the bullets.

According to the child’s mother, their family had been victims of a carjacking, which prompted her to buy a gun for her protection. She got a concealed carry permit so that she could bring the gun with her everywhere. That day, she packed her daughter’s lunch and hid the gun in the lunch box’s front pocket while she was showering and getting ready. Then, she drove her daughter to daycare, but she forgot to remove the gun from the lunch box.[5]

Thankfully, no one was hurt, but it could have just as easily turned out like the next story. 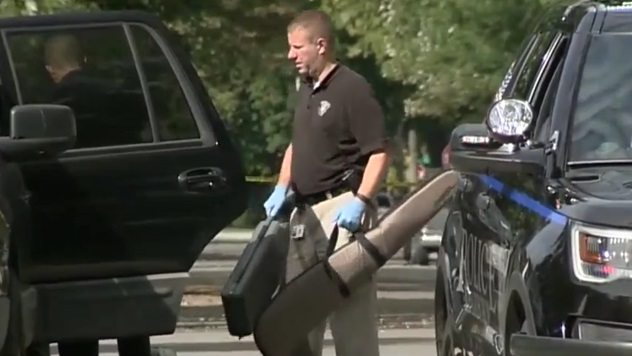 Timothy and Samantha Eubanks ran an unlicensed daycare business out of their home in Dearborn, Michigan. Tim was a hunter, so he owned several guns, but he didn’t lock them away in a gun safe. The couple’s three-year old son knew where his father kept the guns, and in September 2017, he pulled out a handgun and brought it over to a group of kids who were playing outside. He probably thought the gun was a toy, so he pulled the trigger and shot two children, both aged three. One of them was shot in the shoulder and should make a recovery. The second child was shot in the face, lost an eye, and needed several surgeries to survive.

News cameras captured police officers carrying multiple firearms out of the home. The children were taken to the police station until their parents could pick them up. The parents were arrested and charged with child abuse and felony firearm violations.[6] 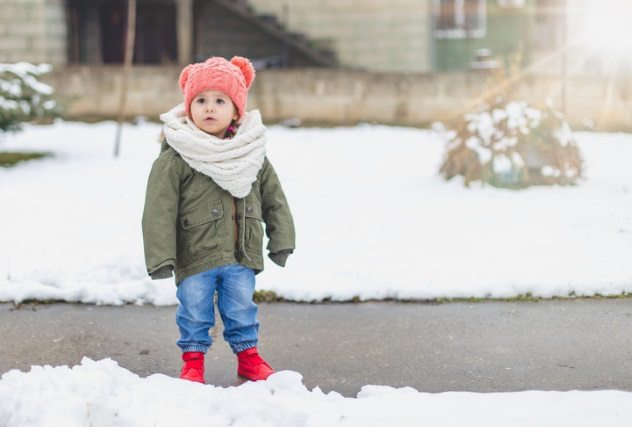 In St. John’s, Newfoundland, Canada, the Discovery Days Children’s Center was letting the kids having some outdoor playtime in March 2018. It was still very cold outside, so the outing should have been brief, and there were supposed to be two teachers watching the children. Clearly, they were not paying close enough attention to the kids, because one of the two-year-old girls somehow opened the gate of the playground and walked across the street to a residential area.

The kids went back inside after playtime, yet the employees still didn’t notice that one of the children was missing. Meanwhile, the little girl got tired of walking and sat on a stranger’s front porch. Thankfully, one of the homeowners spotted her and started knocking on doors to see who she belonged to. She was brought back to the daycare center, where the employees were horrified by their mistake. The two employees were written up with a warning, but no one was fired or faced negligence charges.[7] Having a child with a medical condition is hard enough as a parent, but it’s even more terrifying when they’re left in the care of a stranger. At the Mother Goose Daycare Center in Anadarko, Oklahoma, a one-year-old boy named Wylie was dropped off by his father before he went to work. Wylie was born with half a heart, so he needs to take medication every day. In January 2018, a substitute teacher was looking after him. Wylie should have been given a very small dose, but the teacher accidentally gave him a full three days’ worth, instead. He began to show signs of an overdose and was rushed to the hospital.

The daycare fired that substitute teacher and called DHS to report the incident. As far as they are concerned, they did everything they were supposed to do in that situation. When Wylie’s mother called the daycare to confront them for the negligence, they told her that it could have been a lot worse, as he didn’t die, which prompted her to call the news to report the story.[8] 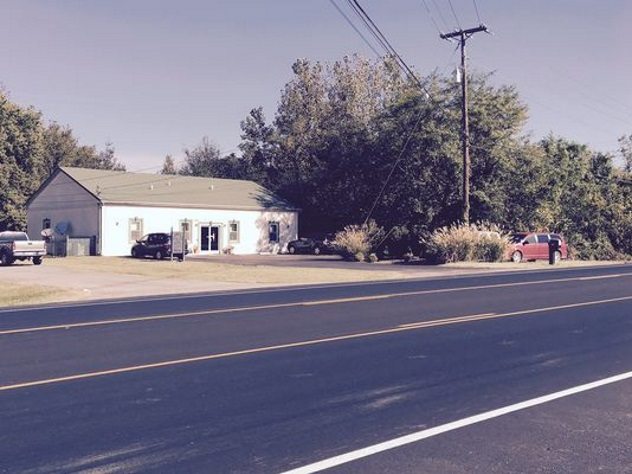 In September 2017, a two-year-old boy toddled out of his classroom at the It’s a Small World Child Care Center in Gallatin, Tennessee, and the teachers didn’t seem to notice. He walked down the hall, and still, no one noticed. He walked past the director’s office door and past the front desk. The front entrance was a heavy door, but he knew that if he just pushed the big green button, it would swing open automatically. He proceeded to walk straight into a busy highway. It was 6:50 AM when his mother dropped the boy off at the daycare, and at 8:30 AM, a man was driving to work and noticed the toddler in the middle of the street. He pulled over and brought the child to safety.

When the boy’s mother came to the daycare to pick up her son at 4:00 PM, she was greeted by the Department of Human Services, who told her the whole story. The daycare never called her to let her know about her son, and they’re not telling her any details about the timeline of when or how her son got outside.[9] A man named Nicholas Andreas Gonzales Malven was caught with a photograph of himself molesting a four-year-old boy. When the police searched through his home, they discovered piles of evidence that he had been sexually assaulting kids for years and producing child pornography. Then, he sent the photos to another man online, who was also collecting images of his crimes so that they could swap with one another. Malven also sent the pictures to an undercover FBI agent.

How did Malven get access to so many children? He worked at a daycare. He worked at a total of three daycares, in fact. At one of them, he even filed a complaint that he was being discriminated against for being a man because the daycare didn’t allow him access to the younger children.

Malven was sentenced to 45 years in prison in February 2018. The owner of the daycare cooperated with the FBI but is still being sued by the parents of the victims.[10]

Shannon Quinn is an entrepreneur and writer from the Philadelphia area. You can find her on Twitter @ShannQ.