Anyone who travels often enough will eventually run into a bad experience while they fly. Annoying passengers and grumpy employees are two of the usual suspects. Such hassles are as much a part of flying as pat-downs and those preflight safety demonstrations that few passengers pay any mind to.

However, as the next ten stories will show, putting over 100 people in a confined space for an extended period of time can sometimes lead to some truly strange and awful circumstances. Even as the experience of flying continues to decline, incidents like these stand out from the crowd.

10 More Than A Little Pissed Off 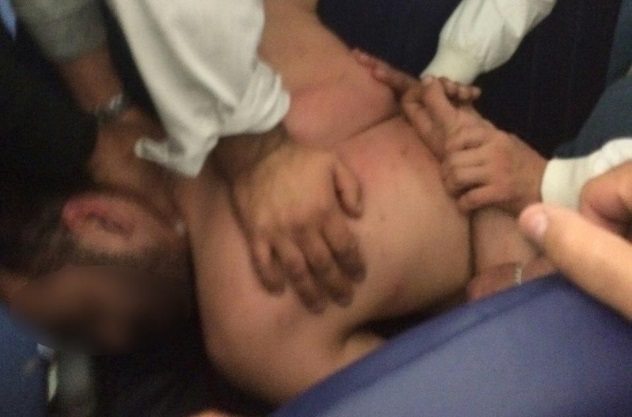 In 2016, a man was taking a flight from Algiers to Paris, and he tried to smoke a cigarette on board. Despite the fact that smoking on planes has been banned for years, he believed that he was above the rules. He was told by employees that smoking was not allowed and was asked to stop. He wasn’t allowed to have alcohol, either. This made him angry. So . . . how did this man express his anger? He unzipped his pants and urinated on a fellow passenger.

The victim stood up and punched the man, and they began to fight. Passengers took photos on their phones of the man who started all the trouble being held down by employees. For some reason, the unruly passenger also took his shirt off before letting loose, so to speak. The airplane had to land early in Lyon so that the man could be detained by authorities.[1] 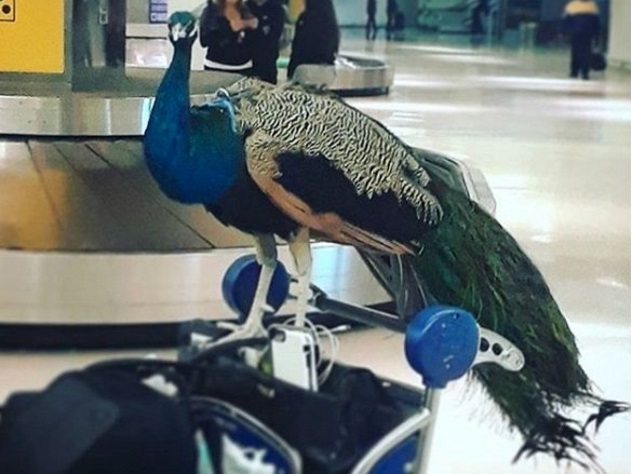 For years, people have been bringing strange animals on airplanes with a doctor’s note, claiming them to be “emotional support animals.” In many cases, these pet owners have very little regard for fellow passengers, and pigs, ducks, turkeys, and other exotic pets on planes have become an issue. In January 2018, United Airlines finally decided to put their foot down when a performance artist tried to bring a peacock on the flight, claiming that she desperately needed the bird sitting next to her for her emotional well-being. She was denied a seat on the flight and asked to leave.

Not even traditional pets are safe to fly without a kennel anymore. In June 2017, a large dog that was brought on a flight as an emotional support animal bit another passenger. Delta Air Lines now requires a 48-hour notice before bringing an animal on board as well as documentation from a licensed medical professional with a true reason for why the animal should be on the flight. The support animal also must be up-to-date with vaccinations and have received training certifications for actual medical issues, like blindness.[3] 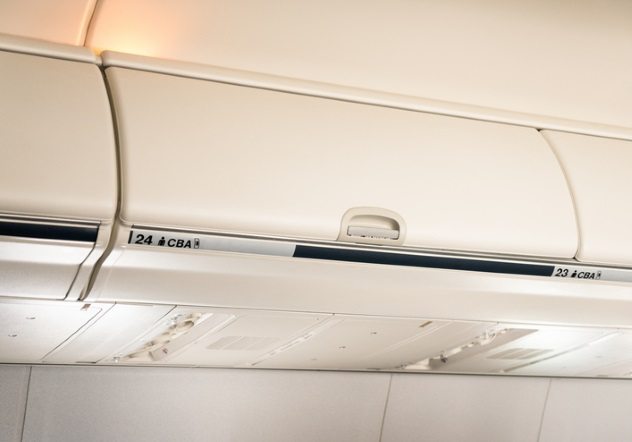 In March 2018, employees of United Airlines spotted passengers holding a 10-month-old French bulldog puppy inside a carrying kennel. It’s not against the rules to carry a small dog in a carrier, and nothing has changed about that, even with the new regulations about support animals. However, a United Airlines employee took it upon themselves to insist that they needed to put the kennel in the overhead luggage area so that it was far away from other passengers.

When the flight was over, the dog’s owner stood up to take down the carrier, and the dog was dead. She collapsed on the aisle floor, sobbing. United Airlines issued an apology, saying that they never told their employees that pets should be in overhead bins, and they are just as shocked as everyone else. They also said they will make sure it never happens again.[4] 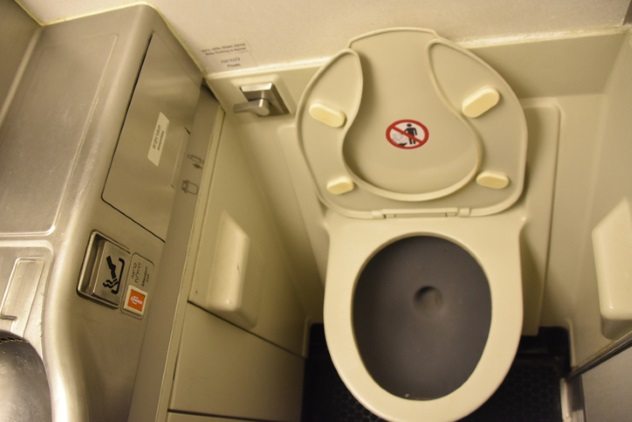 Everybody poops, but as was the case on one British Airways flight in 2015, some stink far more than others. Very early into a seven-hour flight from Heathrow to Dubai, a passenger went number two in the airplane toilets. Before long, the pilot made an announcement, asking for the managing employees to come to the cockpit to talk. After a few minutes of discussion, the pilot made the announcement that the smell of someone’s “liquid fecal excrement” was so pungent that it could already be smelled at the front of the plane because of the recycled air.

Considering that they were in the beginning of a seven-hour flight, he felt that for the personal health and safety of the passengers, they needed to turn around and go back to the Heathrow Airport. They’d only been in the air for 30 minutes. Everyone was asked to leave the plane, and the passengers were given free hotel rooms for the night, before boarding a new flight the next day.[5] 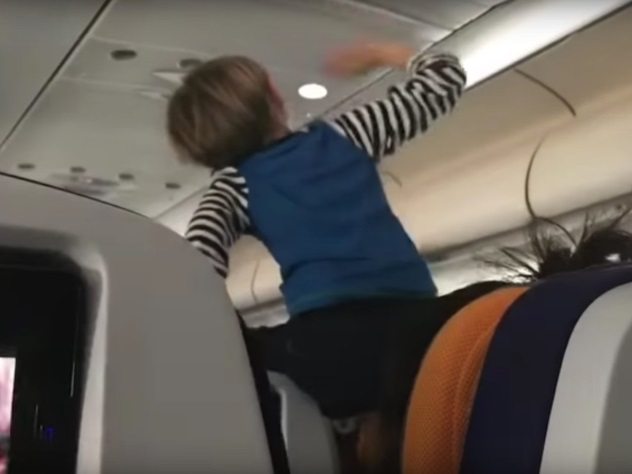 Almost everyone who travels often enough has had to endure a crying baby or unruly child on an airplane, but this next story takes the cake. In 2017, a passenger filmed a toddler who was climbing on seats, running up and down the aisles, grabbing at the ceiling air vents, and screaming nonstop for almost all of the eight-hour flight.

According to witnesses, who described the child’s screams as “demonic,” the mother quietly asked the boy to be quiet and sit down without being forceful or stern. When the stewardess asked the mother to please control her child, she replied that he had behavioral issues and countered that they should turn the in-flight Wi-Fi on so that he could play games on the iPad to distract him.[6] This incident has sparked a debate over whether families with children should be placed in a separate section of airplanes from other passengers. 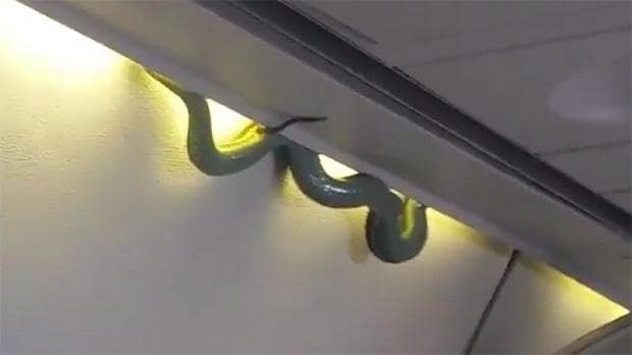 When the campy thriller Snakes on a Plane premiered in 2006, Samuel L. Jackson fans loved how funny and over-the-top this idea was, and quotes from the movie are well-known, even to those who never saw it. However, in 2016, that nightmarish scenario became all too real, when passengers on a Mexican flight spotted a green snake dangling from the overhead baggage compartment.[7]

One of the passengers pulled out his phone to capture the moment, though when the snake began to drop, he unbuckled his seat belt and got away from it as quickly as he could. Thankfully, everyone kept their distance from the snake, and no one was bitten. The plane had to make an emergency priority landing in Mexico City. The employees tried to investigate how the snake got on the plane in the first place, but it’s still a bit of a mystery.

3 Money Falling From The Sky

In March 2018, the cargo on a flight taking off from Yakutsk, Russia, was possibly too heavy for the latch of the plane’s door to handle because it suddenly began flying out onto the runway. But this wasn’t just any cargo. It was gold bars, gems, and precious metal. All together, the items that fell off the plane were valued at $368 million. It all belonged to a Canadian mining company which had paid to transport their goods.

An airline employee took a video on his phone, showing an entire runway littered with valuables. Considering that the plane flew a few miles from the airport before landing, it’s possible that some of that money fell onto some random person’s land as they thanked God for their good fortune. Let’s just hope they needed that money more than the mining company did.[8] 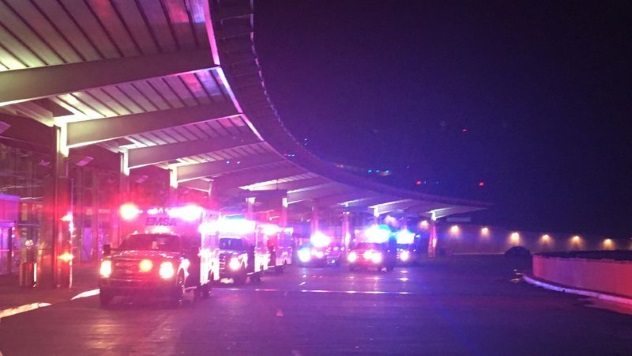 On a JetBlue flight from California to Florida, passengers began to smell an “unknown odor” coming from the cockpit. The smell continued to circulate throughout the plane, to the point where people began coughing and choking.

It was so bad that they had to make an emergency stop in Oklahoma City, where two passengers and three crew members had to be taken to the hospital. Several more people needed to be given oxygen. The rest of the passengers had to wait to be put on a new flight. The source of the odor could not be immediately determined.[9]

All passenger videos of United kicking off Dr. David Dao

In 2017, United Airlines Flight 3411 needed to make room for four employees who had to make it to Louisville, the plane’s destination. The airline offered reimbursement in the form of vouchers as well as a free hotel room and a seat on a later flight for any who volunteered to get off, but there were no takers. Ultimately, they randomly chose four people to kick off the flight. One of them was Dr. David Dao, a single passenger who was already in his seat. He was told by employees to leave, to make room for someone else. He rightly refused to leave his seat and tried calling United Airlines customer service on the phone.

He told them that he could not leave the flight, saying he was a doctor who had to see patients at his clinic the next morning. Ultimately, three Chicago Department of Aviation security officers approached him, physically yanking him out of his seat. During the altercation, Dao’s head was smashed against the armrest. He screamed, and the employees ignored his cries that he was bleeding. Passengers were outraged, pulling out their phones to capture the moment on film.

Dao was left with a broken nose, two front teeth knocked out, and a concussion. After the incident, the United Airlines stock price plummeted. Dao sued the airline, and they settled for an undisclosed amount of money.[10]