Anyone reading this is probably familiar with the Latin alphabet used by the English language. It is comprised of 26 letters, “A” through “Z.” The alphabet and all its letters trace their origins back to the Phoenicians.

The Phoenician script was the first phonemic script, meaning that the letters or characters corresponded to sounds. Over time, this script spread to Europe, where it was adopted by the Greeks.

The Greeks modified it by removing unneeded letters and adding letters, like vowels, that they did need. Eventually, this alphabet made its way to Italy, where the Romans spread it throughout their vast empire. Thus, we have the Latin alphabet, which is used by many Western languages, with various modifications.

This list takes a look at some of the ways that alphabet could yet improve. 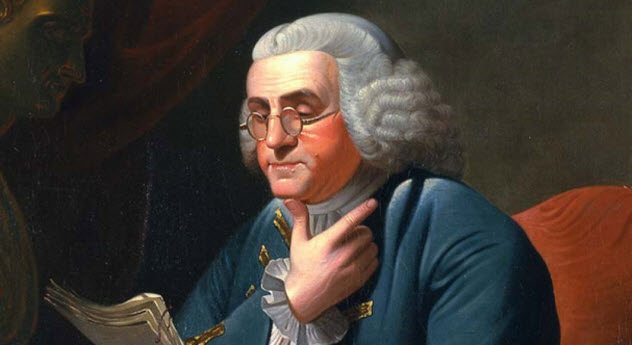 The letter “C” is arguably one of a few unnecessary letters. It makes the same sounds as the letters “K” and “S.” As it doesn’t make a unique sound, why do we have it in our alphabet?

It started out in the Phoenician alphabet, the origin of our current Latin alphabet, and was actually used more so as a “G.” To later differentiate the two letters, a bar was tacked onto the “C,” which is how we get “G,” the voiced counterpart of “C.”

As the alphabet spread across Europe into the British Isles, different cultures and their languages added their own spin to “C.” After years of meshing, exchanging, adding, and altering, we finally got the diverse, though sometimes confusing, letter “C.”

Efforts to remove “C” go back as far as the 18th century. Founding Father Benjamin Franklin advocated for the removal of “C.” In fact, he campaigned for a new alphabet altogether. Franklin’s alphabet removed six letters: C, J, Q, W, X, and Y. In his opinion, they were either confusing or their sounds could be made by other letters already in the alphabet.[1]

If no changes were made back then, there definitely won’t be any now. But it is interesting to step bak and realize how many words kan go without kalling upon the redundansy of the letter “C.” 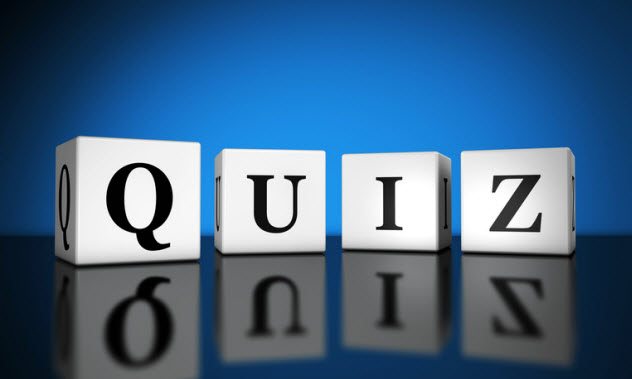 Much like the letter “C,” the letter “Q” could be removed from the English alphabet. With few exceptions, it can’t be used without the vowel “U” following it. In those instances, its sound can be made by combining “K” and “W”: /kw/.

So, “quilt” could become “kwilt” and “acquaintance” could become “akwaintance.” It may look a little funny, but the phonetics are the same. For words that don’t make the /kw/ sound, such as “etiquette” or “baroque,” other letters can be substituted. In these instances, the letter “K” would suffice: “etiket”/“etikette” and “baroke.”[2]

If the letter is so redundant, why is it still around?

The letter “Q” goes back to Greek. It was used in front of certain vowels when rounding a “C” or a “G” sound. Eventually, “C” began to take on many of those tasks (and eventually spawned the letter “G”), and “Q” fell by the wayside. Despite being cast aside so long ago, English found a way to make it work. 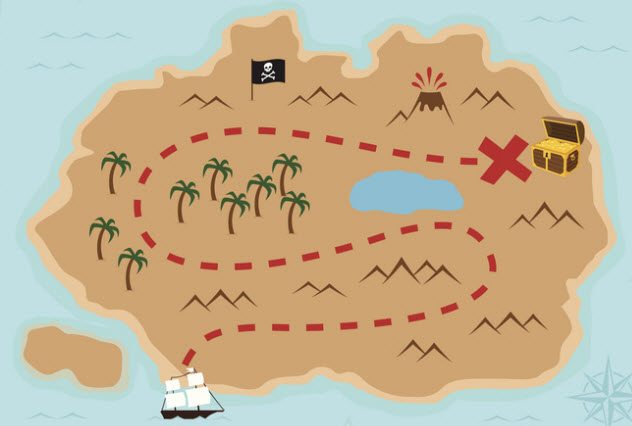 The letter “X” can arguably be removed because its sound can be replicated by combining two other letters, “K” and “S.” “Exercise” could easily become “eksercise,” or “exit” could be written “eksit.”

In other cases, “X” takes on the sound of a “Z,” as in “xylophone.” There are several other sounds “X” can make, but they could almost all be replicated by using other vowels.

“X” started out in the Phoenician alphabet and was soon adopted by the Greeks to make their letter “Chi.” The Chalcidian alphabet, which is related to the Greek alphabet, also used the letter to suit their needs. Eventually, the Romans borrowed from both and created our letter “X.”[3]

However redundant or useless the letter “X” may be phonetically, there’s no way that it’s going anywhere. How would we sign our letters? Or do math? What would the X-Men be called or the generation following the Baby Boomers? How would pirates know where to find the treasure?

7 Maybe Even Lose The Letter ‘W’ 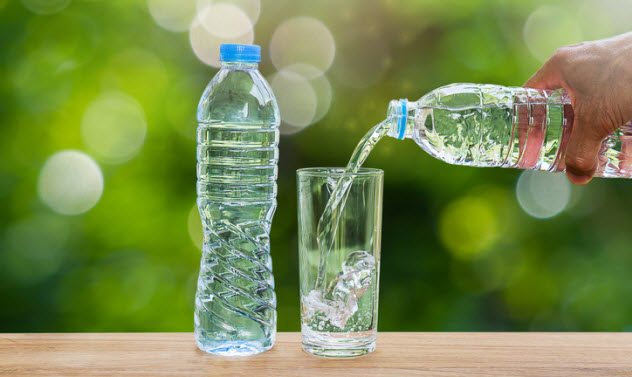 Another letter that could possibly go away is “W.” When you pay attention, all you’re really doing when you make the “W” sound is slurring two vowels together. The “wa-” in “water” sounds like “u-ater” if you were to pronounce the “U” as in “Uber,” just really fast. In fact, it’s like that in many languages. For example, “water” in Spanish is agua, pronounced “agwa.”

The story behind the letter “W” is long and complex. It started out in Latin pronounced like /w/ and was written as the letter “V.” Then the sound we associate with “V” today (/v/ as in “vulture”) began to come about. Soon, the vowel “U” followed suit.[4]

Eventually, the Normans adapted the Latin alphabet to suit their Germanic tongue. When they conquered England, their alphabet came over with them and replaced the Celtic scripts. That gave the letter “W,” pronounced like /w/, a home in the Latin alphabet used by English. 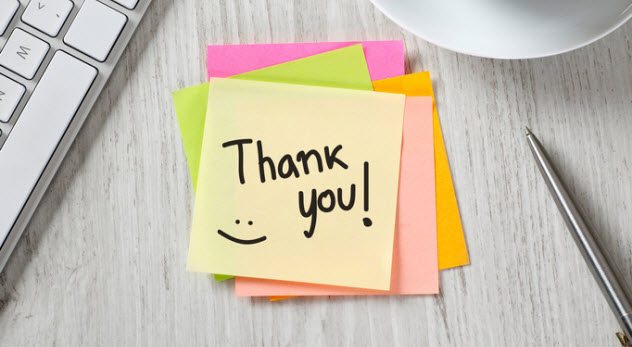 If you pronounce them true to their sounds, you don’t get either of the /th/ sounds that you hear when you say “thing” or “that.” With as many words that use the sound /th/, why isn’t there a separate letter for it?

If we can have redundant letters like “C” and “X,” why do we have to put these letters together to make a separate sound? Other languages have letters to account for sounds from combinations of letters. For example, Czech has letters in its alphabet to represent /ch/, /sh/, and /zh/, all of which in English have to be made by combining letters.[5]

It might sound crazy. But when you analyze the International Phonetic Alphabet (IPA), other languages’ alphabets, and the arguments of past reform proposals, it actually makes a bit of sense. First, the IPA has two special characters for /th/ (voiced as in “fathom” and voiceless as in “thanks”).

Second, there have been letters in the past (and sparsely in the present) as well as reforms to try to establish letters. One reform is Benjamin Franklin’s aforementioned proposal to modify the English alphabet in the 18th century.

There are, however, already two letters that get the job done: thorn and eth. They were once used in many languages, including English back in the day. Now they only live on in Scandinavia. 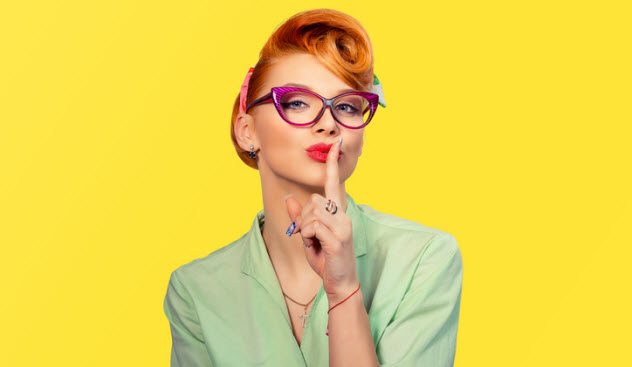 The same argument applies for the sound /sh/. It is made often enough in English that it could have its own place in the alphabet, yet we still put the two letters together, called a digraph, to get the sound we want.

Sometimes, the symbol “š” is used to denote the sound /sh/, as in “shake” or “vicious.” It’s used quite often in Slavic languages.

Most of the time, however, it is represented by the symbol for “esh.”[6] This “elongated s”-type character stems from the Latin script, so it’s more at home in English than “š.” It is how the IPA represents the sound. 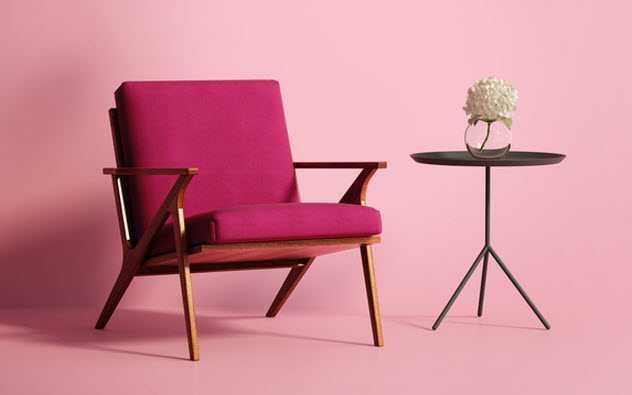 In this last look at digraphs, we see that we put “c” and “h” together in English to make the sound /ch/ that is heard in “chance” and “catch.” The IPA represents the sound by combining “t” and esh.[7]

As with the /sh/ sound, many of the Slavic languages represent /ch/ with a single character. Similarly, the Spanish language has a place in its alphabet for the /ch/ sound. Instead of a single character, however, it is written just like in English, combining “c” and “h.”

3 Create A Symbol For “The” 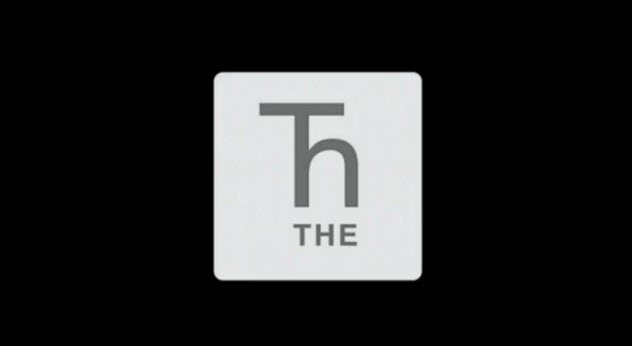 Let’s look briefly at symbols that English frequently uses to represent words. The article “and” is commonly written simply as “&,” and the word “at” is commonly written with the symbol “@.” Unlike symbols such as “#”—which can mean pound, number, or hashtag, to name a few—the symbols “&” and “@” almost never, if ever, represent another word or meaning.

As “and” and “at” are two of the most common words in English, it makes sense for them to have a shortcut. But why can’t “the,” a word used just as often, have its own symbol, too?

This question was asked by an Australian man named Paul Mathis. As shown in the image above, he created a character that looks like a capital “T” with the bottom half of a lowercase “h.” His reasoning is that it would be a useful shortcut for the most common word in English, just as “&” and “@” do the same thing in digital communication.[8]

This was in 2013, and so far, it hasn’t taken off. It probably won’t for several reasons, the biggest being that people are usually resistant to changing anything about the alphabet or spelling. It just wouldn’t ever gain traction. 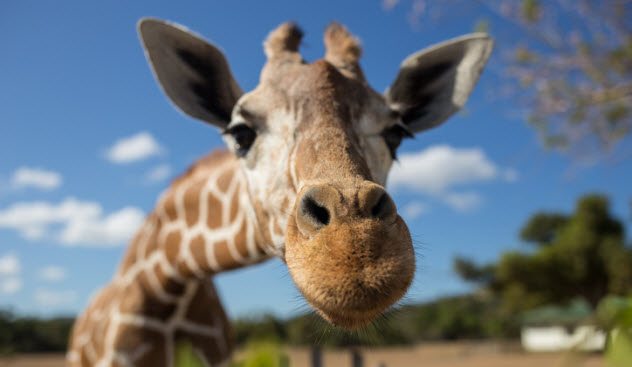 In English, the letter “g” makes a /g/ sound that’s heard in “golf,” “alligator,” and “gulag.” The letter “j” makes the sound we hear in “jelly” and “juggle.” English speakers also know that “g” can sound like “j,” depending on context and spelling. Learning the rules isn’t too difficult, and it doesn’t even take much effort. You just learn that “giraffe” sounds like “jirafe,” and you move on.

But what’s so wrong with keeping the sounds separate? Why can’t you spell “giraffe” with a “j” or “grunge” like “grunje”?

Much of it has to do with word origin. Words that come from German are usually pronounced with the /g/ in “goat,” whereas words with Latin roots follow the soft “g” rules, like the word “giant.”[9]

As with so much of English, though, there are always exceptions and irregularities and that is definitely the case with these two letters. For those trying to learn English, that can make it harder, which is one reason why regulating the pronunciations of these letters might be a good thing.

But with so many rules in place already, trying to change them up now would make for a giant jumble of confusion. 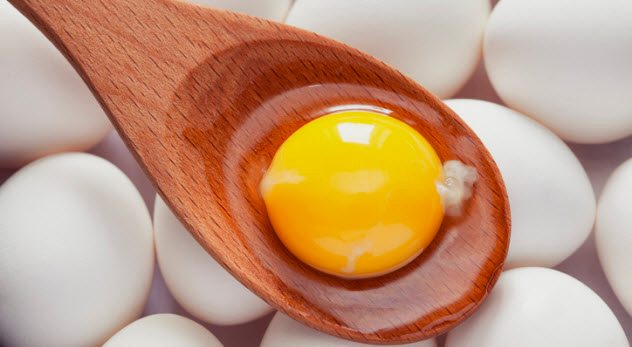 In elementary school, many people learn that there are 26 letters in the alphabet. Five of them are always vowels, but there can be six vowels: A, E, I, O, U, and sometimes Y.[10]

The “sometimes ‘Y’” concept is interesting. Without a doubt, “Y” is periodically categorized as a vowel because of the way it sounds like a long “E” at the end of words such as in “understandably,” “sorry,” and “friendly” or like a short “I” as in “rhythm.” Often enough, however, it is definitely a consonant, as in “young,” “yearn,” “yellow,” and “yolk.”

It would be interesting to see a version of English in which “Y” was given a definite place, most likely among the consonants. This could mean that “hymn” would be “himn” or just “him.” As another example, “scary” could be written as “scarie.”

Ultimately, it’s up to context to decide if “Y” is a vowel or a consonant—unless you’re on Wheel of Fortune, in which case “Y” is a consonant and you don’t have to buy it.

Read more fascinating facts about the English language on 10 Reasons Behind The Quirks Of The English Alphabet and 10 Facts About The English Language You Probably Didn’t Know.