Ferrell actually managed to put together a cult and take four of the members from Kentucky to a small town called Eustis, right outside of Orlando, Florida, two teenage boys and two teenage girls, a dark band of renegades and rogue souls, Hell-bound and literally bloodthirsty. They would unleash Hell upon central Florida in a series of events that would culminate into one of the largest public spectacles of the 1990s. Here are ten dark facts about the twisted vampire cult killer Rod Ferrell and the Vampire Clan murders. 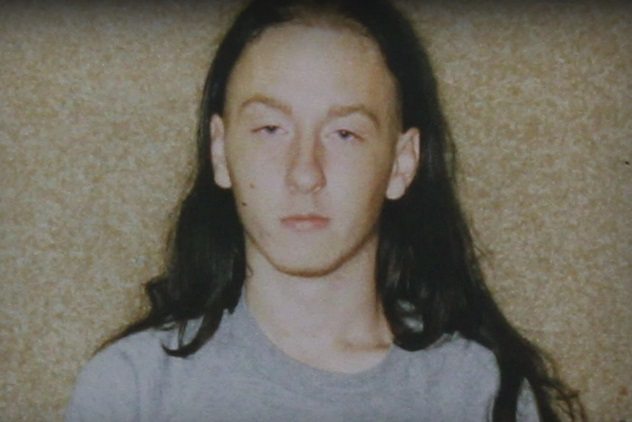 Roderrick Justin Ferrell, or Rod Ferrell, was the birth name of the cult leader, but he also went by another name to his friends and fellow cult members alike: Vesago. Vesago is presumably a butchery of the name of a demon in occult literature, Vassago. Vassago was a Goetic demon in the occult literary work titled The Lesser Key of Solomon, which was a spell book and dealt with demonology.

Vassago was third-in-command of the spirits of Satan’s army of rebel angels, according to occult belief, and possessed special powers, such as fortune-telling.[2] 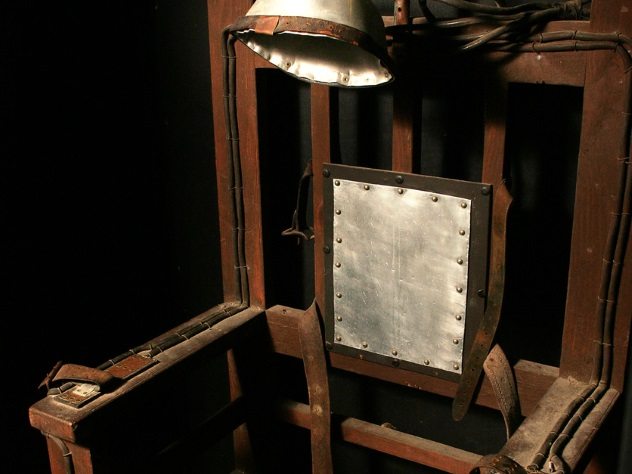 Rod Ferrell was obsessed with darkness and death. He would recount in an interview that he had fantasized about death ever since he was a young child, actually going on record saying:

Going to the electric chair is, as morbid as it may sound, it’s been a fantasy of mine. I used to think about that a long time ago when I was nine years old. I used to dream about my own death, so, it was just intriguing. It was almost like I was romantic with the subject of death; I don’t care how I die as long as I do so. I have nothing left on Earth.

Rod was obsessed with blood, darkness, horror, death, demons, and Satan himself. On May 30, 1996, Rod’s mother would come home to find that he had carved an upside down cross into his chest with a razor.[3] 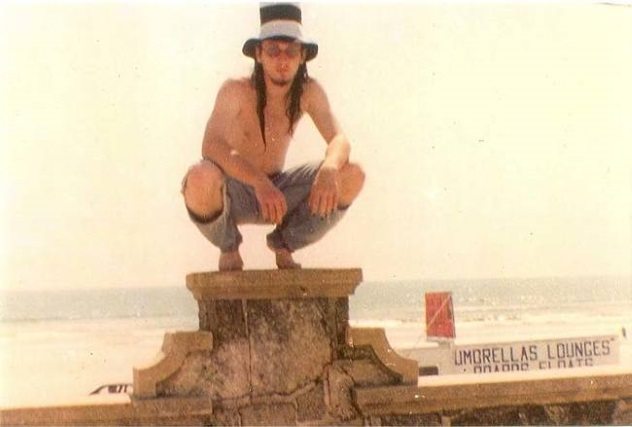 Rod was a loner and an outcast who genuinely believed himself to be a demon and a vampire. He would be expelled from his high school in ninth grade and was using both marijuana and LSD by the time he was 14 years old. Cocaine and heroin would be Rod’s next step. Almost like he was possessed by the demon he claimed to be, Rod would fly into absolute rages when he would intravenously inject cocaine and heroin simultaneously, allegedly breaking furniture in fits of anger. Emotional problems compounded by drug problems made him an emotional wreck—introspective, deep, and thoughtful one minute and a furious problem child, completely enraged for seemingly no reason, the next. But where did these personal demons of his come from?

It seems to have been a family thing. In 1997, the year after the murders took place, Ferrell’s mother was tried for writing lewd, sexually charged letters to a 14-year-old boy, when she was 34 years old herself. The prosecutor argued that the two misdemeanor charges should be upgraded to a felony. You can see eerie similarities to Rod in the way she writes, with the highly dramatized, romantic, and creepy tone. One of the letters she wrote to the boy reads:

I longed to be near you, for your embrace. Yes . . . to become a vampire, a part of the family, immortal and truly yours forever. I only hope that one day you will once again return to Murray. You will then come for me and cross me over. And I will be your bride for eternity and you my sire.[4]

It’s safe to say that this whole nightmarish tale may be a tragic case of a boy just doing what his mother taught him. 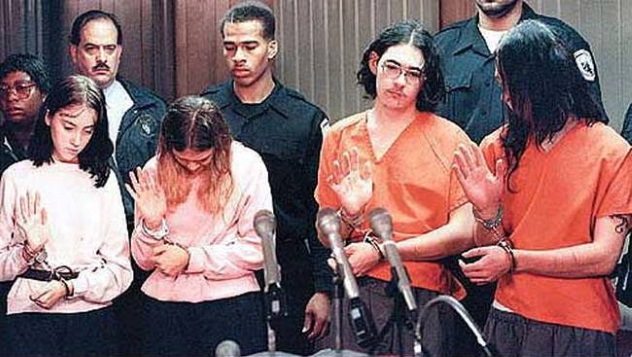 Angry, frustrated, on drugs, and outcasts in all black, they were the quintessential 1990s teenage cult of a crazed era. They called themselves the Vampire Clan, and Roderrick was their leader. In order to join the Vampire Clan, one must have, of course, drunk blood.

While authorities were uncertain as to the exact size of the Vampire Clan, five people were initially implicated in the murders that would transpire. Rod would cut his arm and force new recruits into the Vampire Clan to drink his blood in order to gain acceptance. With Rod as the leader, and Howard Scott Anderson (referred to simply as “Scott”) as his right-hand man, the group grew to 25 or 30 members at one point, authorities believe.[5]

Rod was very much into Satanism and the occult and would go on to say:

My bedroom was an array of the darker side of the occult, such as the Necronomicon, the Satanic Bible. I had upside down crosses. I had broken shards of glass laying about in the corner. I had hooks and metal cables wrapped around looking like Hellraiser. 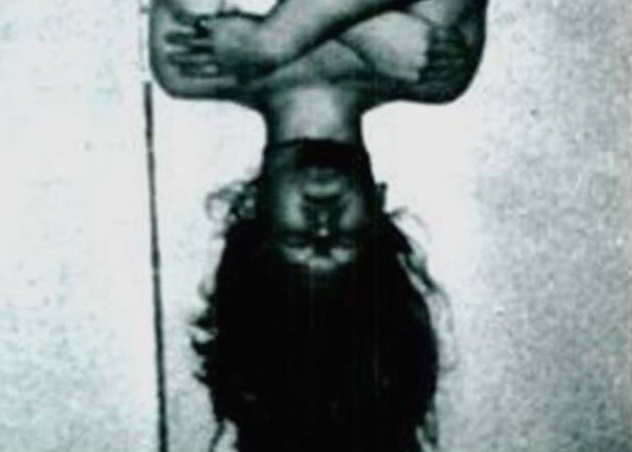 Rod truly believed that he was a vampire. It’s unknown to what extent the rest of the cult members took this seriously, or if it was just a case of kids being kids, but Rod really believed it deeply. On top of going by the name Vesago by the time he was 15 years old, Rod believed that he was actually 500 years old and had special powers. Some have speculated that the entire cult and even the murders were nothing more than a role-playing game gone horribly wrong.

Recalling the experience, Rod said, “I tried to embrace the lifestyle of being a vampire and being so young, my mind latched onto it so deeply, so tenaciously, that I got lost inside it.”[6] One night, Ferrell’s mother came home to find Rod and his then-girlfriend on the floor drinking each other’s blood. 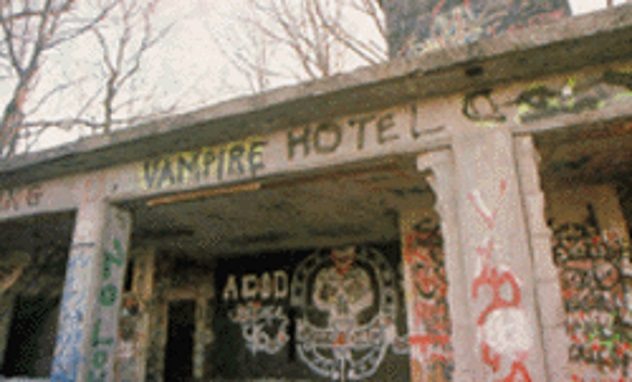 The Vampire Hotel is an abandoned building where this 1990s cult carried out their weird rituals and blood-drinking feasts. It can be found in Land Between the Lakes in Kentucky, where Rod and company are originally from, though the murders would end up taking place in Florida.[7]

Made of stone and concrete, this abandoned structure housed many of the parties, the rituals, and the blood-drinking vampirism that the Vampire Clan carried out. Even before the Vampire Clan played with the occult and the black arts there, the Vampire Hotel had a long history of reports of paranormal activity. 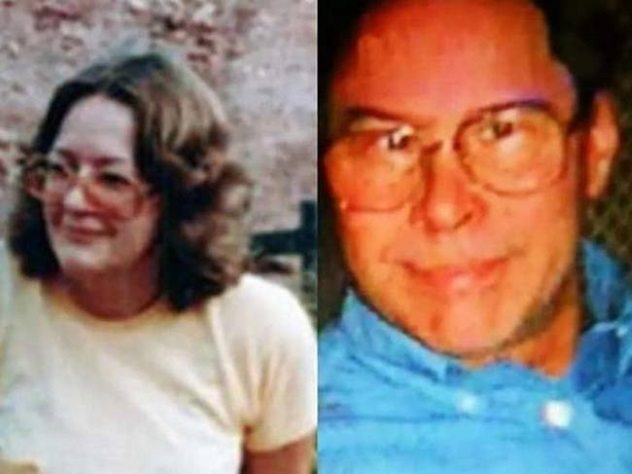 The victims were a quiet elderly couple named Naomi Ruth Queen and Richard Wendorf. The Wendorfs were at home, sleeping, one fateful evening in November 1996 when Rod and Scott entered the home. Heather Wendorf was their daughter and would initially be brought up on murder charges with the rest of the gang until a grand jury cleared her by finding that she didn’t know about the intentions of Rod and his band of vampire occultists.[8]

Heather had run away from home in search of adolescent adventure and got caught up in the cult and its twisted plot. The night of the murders, Heather came in, stared down at the victims, who were peacefully sleeping, completely unknowing of what was about to transpire. Rod, who was 16 at the time of the murders, would later recount, “Just, strangely enough, it was a rush—a teenager’s rush—just to know that he was asleep and did not know that we held his fate in our hands.” 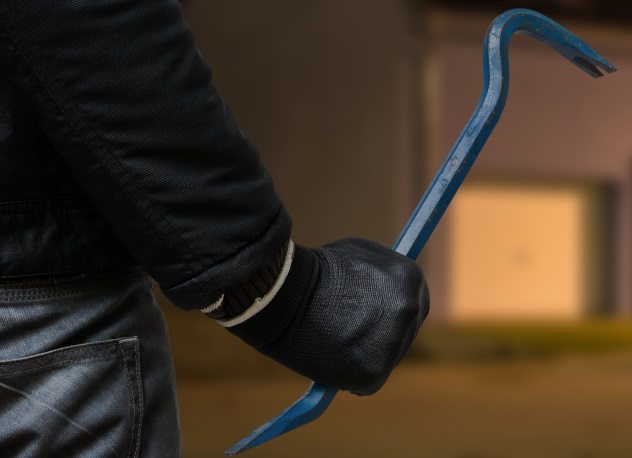 That is when Rod made his mind up that he had to murder Richard Wendorf. Rod Ferrell seemed to have taken a play straight out of Ted Bundy’s playbook when he found a crowbar that he had planned on using to defend himself “just in case” Mr. Wendorf attacked him. In what seemed to be a spur-of-the-moment decision, after several minutes of staring down at Richard Wendorf while he was asleep, Rod chose to take the man’s life.

Rod went into great detail about the murders in later interviews, talking calmly, unaffectedly, and casually about them, almost relishing in what he did—enjoying the reliving of his crimes as he retells of those events that fateful night. He would go on to say, “I stood over him, and I struck him over the head repeatedly with a crowbar until his life was taken.” When the attack took place, Rod was high on psychedelic hallucinogens from an initiation rite carried out on Heather Wendorf earlier that evening.[9] 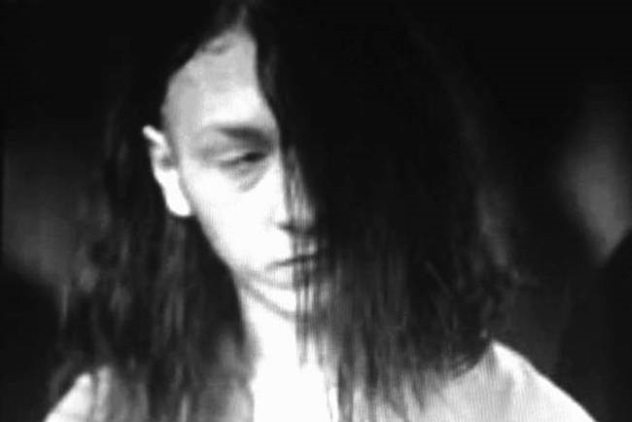 The Ferrell court case would become an American spectacle, with the cult members looking like a crazed band of vampiric, gothic teens straight from Hell. The teens went from Kentucky down to Florida, where the murders were committed, and then fled to Louisiana to hide out in Baton Rouge. Baton Rouge police would find items linking the teens to the murders. After the murders took place, the Vampire Clan stole a shotgun from the Wendorfs’ home and took it with them. Baton Rouge divers would find this later in the water after Scott led police to the location of the gun.

All four members of the Vampire Clan who would be brought up on charges were tried as adults, despite all of them being 16 years old.[10] They were initially sentenced to die in the electric chair, but later, the sentence would be commuted to life. 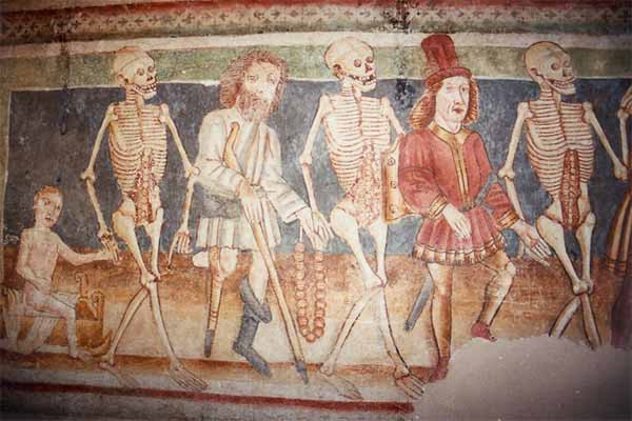 In a strange, bizarre, and seemingly suitable and fitting fashion, as Rod and Scott stood over the soon-to-be-dead Mr. Richard Wendorf, they glanced at each other. That’s when the decision was made, and Rod decided to take Wendorf’s life, unapologetically. In an interview, Rod stated:

I really have no idea where the notion came from, but Scott and I just decided to kill them. So that’s what we did. In a childish manner, Scott and I ambitiously danced around his body before he was dead.[11]

The thought of this dance, and imagining it happening in our minds, mortifies us to our very core. How could someone be so cold and depraved as to actually dance around the body, celebrating the senseless, cold-blooded murder of another human being that had just transpired? I think the answer is as old as time and lies with us in our literature from the past.

In French, the phrase “Danse Macabre” translates to “Dance of Death” and was representative of art and literature throughout the Middle Ages which spoke of the ultimate nature of death—a nature that touches all things living. This dance done over the Vampire Clan’s victims is the Danse Macabre of our modern era. This dance is still done in many cultures at funerals of deceased friends and loved ones. It’s a practice that unites us as human beings in our ultimate, terminal fate. It’s a recognition of the frailty of life and the idea that something as universal as death cannot entirely be a bad thing.

I like to write about horror, bloodshed, murder, and brutality; I also enjoy history, poetry, philosophy, and much more—mainly non-fiction topics. I own and operate Serial Killer Memes, Murderworks Horror, Beautifully Disturbed, and more Facebook pages that this article and others will all be featured on. I’d like to consider myself Listverse’s go-to source for all things Dark. :)

Read more terrifying facts about brutal murderers on 10 Twisted Facts About Peter Kurten, The Vampire Of Dusseldorf and 10 Facts About Robert Maudsley AKA The Real-Life Hannibal Lecter.