Forget sharks and bears—more people die from wasp and bee stings around the world than any other type of animal attack. According to the Centers for Disease Control, 90 to 100 people die every single year from insect stings in the United States alone. They believe that this is actually a very conservative number and that other deaths attributed to heart attacks or sunstroke could also be stings that have gone unnoticed.[1]

Americans aren’t the only ones who have to fear these flying death-dealers. All over the world, wasps, hornets, and bees are killing people with undiagnosed allergies. Some hornet species are so large that it doesn’t even matter if someone is allergic or not because coming face-to-face with one almost always ends in a struggle to survive. The worst part? In the spring and summer, they can be almost anywhere, at any time. 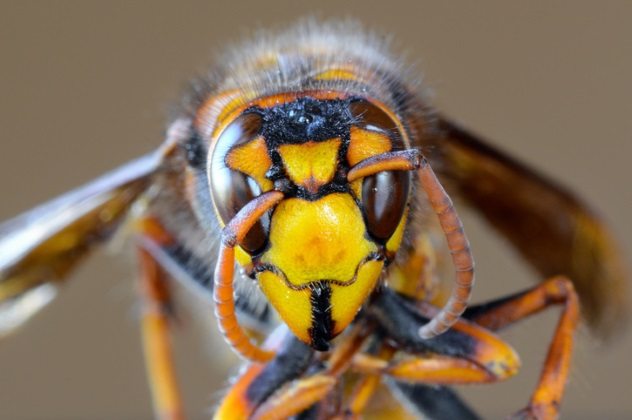 Like a scene straight out of a horror movie, a tiny 87-year-old Japanese lady named Cheiko Kikuchi was rolling along in her wheelchair on her way to visit her home from her retirement facility in 2017. All of the sudden, a swarm of Asian giant hornets descended upon her. These hornets are known for leaving gaping holes in people’s bodies. When witnesses saw Kikuchi screaming and crying for help, they knew that it was far too dangerous to put themselves in harm’s way in order to save her.

The nursing home employee who was with her called for the fire department, and even they had to stand back, helpless to do much of anything as a massive swarm surrounded her. The attack lasted for 50 minutes, and she was stung 150 times. By the time the hornets were cleared away and she had been taken to the hospital, it was too late. She died the next day.[2] 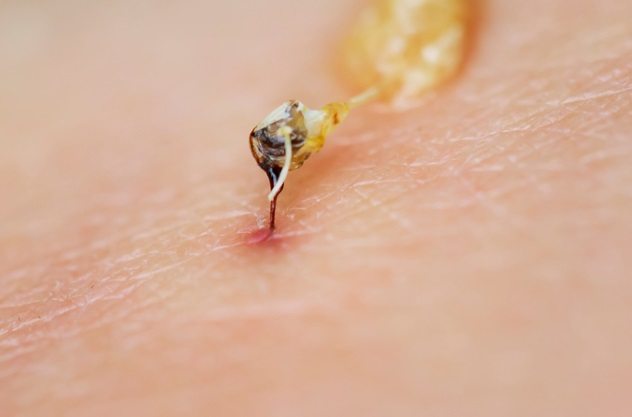 Actress Gwyneth Paltrow popularized bee sting acupuncture, which is apparently a great way to help with muscle aches. The claim is that using bee stingers instead of regular acupuncture needles is apparently somehow better. Tragically, in 2018, a 55-year-old woman in Spain went in for one of these procedures and fell into a coma. Several weeks later, she died of organ failure.

This woman had actually undergone several of these bee sting treatments in the past for muscle spasms, and she didn’t have any kind of allergic reaction. Doctors studied this case and came to the conclusion that when someone is exposed to allergens like bee stings over and over, it can cause a severe reaction at some point, even if the symptoms do not manifest themselves immediately. They recommend that people should never get this procedure done, because the risks far outweigh the supposed health benefits.[3] 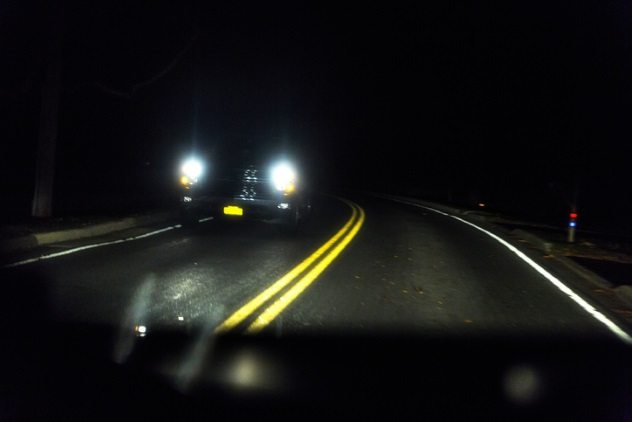 On an October night in 2016, a 21-year-old man named Austin McGeough had just had his wisdom teeth pulled, and he went to a house party that same night to drink with his friends. Mixing the dentist’s drugs with alcohol was not a good idea for poor McGeough, who became extremely intoxicated and confused. He wandered away from the house party during the night. He tried to find his way back, fumbling through the dark. He found his house and tried to get inside. However, he’d actually found a nursery that was closed for the night.[4]

One of the windows was broken and covered in cardboard. McGeough reached in to pull back the cardboard, planning to climb through the window. Unfortunately for him, there was a wasp’s nest on the other side. The insects stung him badly, and he was in a lot of pain. He got inside the nursery, opened the fridge, ate pizza, and knocked over a shelf. He called his girlfriend to tell her what had happened and then called 911 to tell them that he had been severely stung by wasps and to please send help.

He started to walk toward the highway, hoping to meet up with the ambulance. He wanted to be close to the road so that they could find him, but he took a step too far and got hit by a car. His body flew into the opposite lane of oncoming traffic, and two more cars ran him over. If it hadn’t been for the wasps, would he have just eaten pizza and fallen asleep? Would he have made it back to the party? We’ll never know. 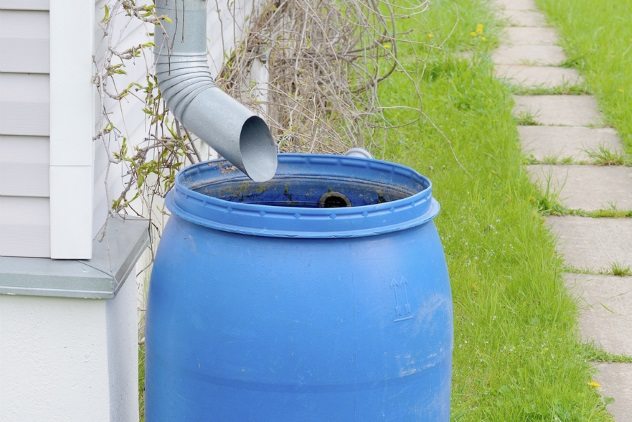 Desiree Pell, 78 years old, was a sweet great-grandmother who was just trying to do some gardening at her home in Lincolnshire, England, in August 2017. She suspected that there may have been a wasp’s nest inside of barrel, and when she bent over to peek inside, she was stung in the finger. Her daughter-in-law, a woman named Sharon, was at the house at the time and went to get a Band-Aid. Then Desiree passed out on the ground. Sharon called 999 emergency services and tried to resuscitate Desiree by giving her CPR. By the time the paramedics arrived, it was too late.[5]

According to Pell’s family, she never knew she was allergic to wasp or bee stings. Medical professionals say that if she’d had an EpiPen, it could have saved her life. Her family was shaken by the sudden loss of their grandmother, saying that she was incredibly loving and supportive and had a youthful, fun zest for life. 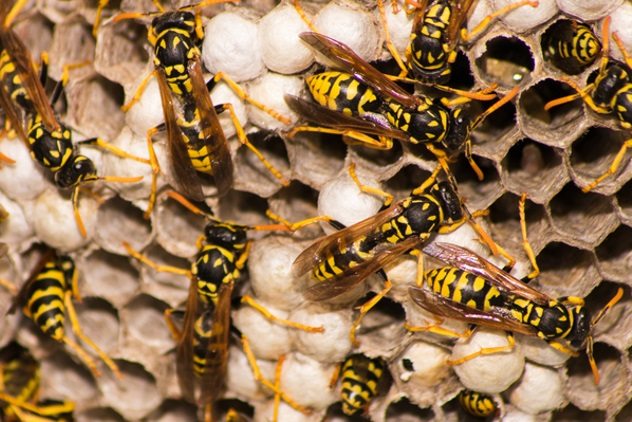 In November 2015, Warren Brown was spending the weekend camping in Washington state with some of his friends. It was getting late in the day, so he started chopping firewood to make a fire. He had no idea that one of the logs he was working on was the home of a gigantic hornet’s nest. When the insects were disturbed, they began to swarm him, stinging him dozens of times. Some of his friends were nearby and called for medical assistance from the campground employees. They did not have an EpiPen on hand, and Brown passed away at 60 years old.[6]

Even if someone was stung by a wasp or bee as a child without showing signs of an allergic reaction, that doesn’t mean their body will stay that way the rest of their lives. Adult-onset allergies are very real. People become allergic to new foods, plants, and animals as their bodies age, which makes it important for people to get allergy tests every few years. 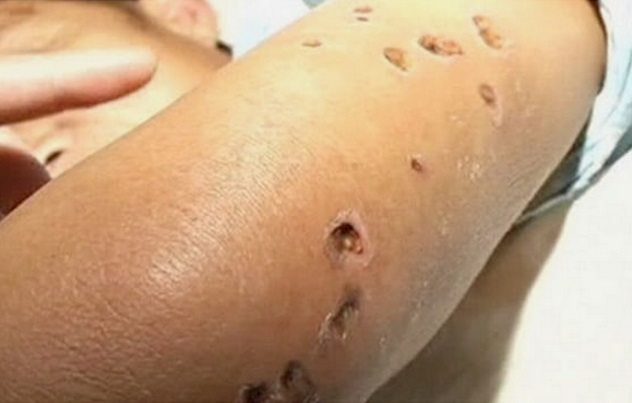 Asian giant hornets aren’t just feared by people with allergies. They are so large and deadly that they can kill anyone. Over the course of only three months of 2013, a swarm of hornets killed 41 and injured 1,600 people in Ankang, China. The venom from the stings of these hornets is so strong that they can kill people who do not even have an allergy to the insects. The venom dissolves human tissue, leaving gaping holes in people’s flesh big enough to slide a pinky inside.

One survivor of a hornet attack was picking vegetables in a field when he stepped on a nest of massive Vespa mandarinia hornets hidden under the dirt. All of the nearby workers began running and trying to swat the insects away from them. One of the men who survived said that he grabbed a nearby basket, dumped the vegetables, and covered his head so that he could shield his eyes as he ran. He witnessed one of his friends dying nearby.

One citizen of Ankang said, “God has been unfair to us,” about the hornets. The local fire department began setting the nests on fire with flamethrowers in an attempt to stop the invasion.[7] 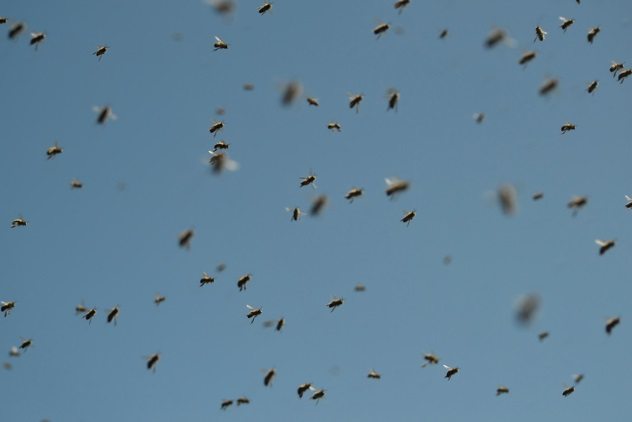 Alex Bestler and a friend named Sonya were taking a hike one morning in May 2016 at a park in Arizona. Without warning, a massive cloud of thousands of bees descended on the couple. They never saw any hive or tried to provoke the bees, yet they were being attacked anyway. Sonya was several yards ahead, so when she heard Alex’s screams, she turned around to see the bees attacking and was able to run to a park restroom for shelter. She told someone else at the park about the bees, and the stranger bravely went back to help Alex.

By the time they reached him, they found Alex lying unconscious on the ground with a dark swarm of thousands of insects covering his entire body. The local fire department had to show up wearing protective gear. They lifted Alex into a vehicle and drove away with the bees following them as far as they could fly. Alex died at the hospital. They had to shut down the park to prevent further deaths. Local authorities blamed this on the man-made Africanized bee, also known as the killer bee, which is known for its aggressive behavior.[8] 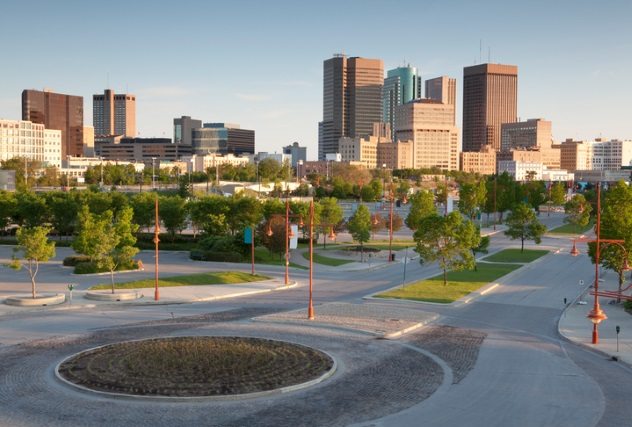 When one thinks of Winnipeg, Canada, they would probably envision cold winters rather than a deadly swarm of insects, but it would seem that as the climate continues to change, the actions of wildlife adapt as well. The city had three wasp-related deaths in the summer of 2017, which was a highest number they had seen in the past 15 years.

Even for those who have survived a wasp sting in Winnipeg, the cases are still intense. One woman named Katherine Zinger was stung in the leg. Her leg and foot began to swell like a balloon. She was extremely lucky because she already had an EpiPen in her purse for a different allergy. When she had the unexpected reaction to the wasp venom, she was able to save her life. She was rushed to the hospital, where they treated her. The city began sending public service announcements to its citizens that if they see a wasp nest, they should try to exterminate at night.[9] 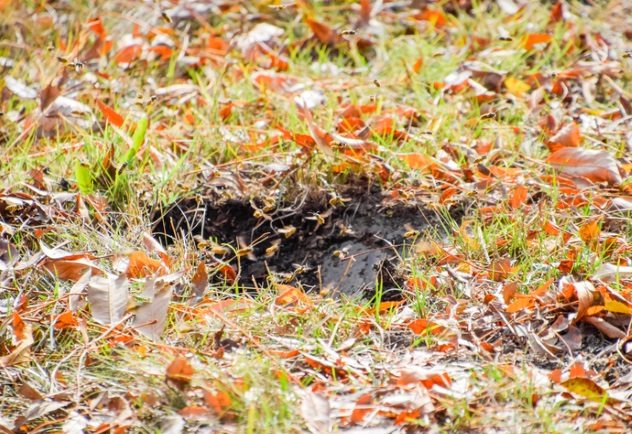 In 2017, a man named Eric Dahl was blowing leaves in his backyard in Foxborough, Massachusetts, when he stepped on an underground nest filled with yellow jackets. The insects swarmed him, and he was stung. Dahl had been stung before in his life and did not think he had an allergy. But the sheer amount of stings he received after stepping on the nest was so much of a shock to his system that he had a heart attack from the onslaught of venom running through his veins.[10]

For whatever reason, the local news station blamed his death on honeybees. However, bees almost never hurt a human being unless they are provoked. They are also essential to our ecosystem.

Wasps and killer bees, however, are far more aggressive and dangerous. Anyone who owns a property should seriously considering looking for any signs of ground wasp’s nests and call an exterminator or do their research about how to kill them at night. 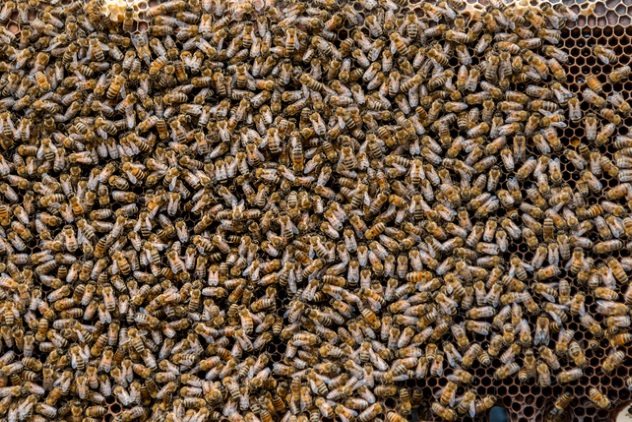 Three puppies died in March 2018 because of a bee attack. In Glendale, Arizona, a woman named Esther Julian was at home with her young children, their dog Pixie, and six young puppies. Their backyard was filled with bags of trash and open cans of soda, which attracted an estimated 30,000 killer bees to the property. During the colder months, this must not have been an issue, but as spring weather was rolling in, the family did not notice the growing infestation around their hoards of trash.

The family went out into the backyard to play with the puppies, and they were suddenly surrounded by thousands of bees. Julian and her one-year-old daughter were both stung, and she tried her best to scoop up all of the puppies. One out of the six couldn’t be found and is presumed dead. Julian rushed the five she could find to the vet, and they were all given injections to help save them from the bee stings. Sadly, two of the puppies succumbed to the venom.[11]

Read more entomophobia-inducing facts on 10 Most Terrifying Insects In The World and 10 Formidable Predatory Insects.