As another week nears its end, it is time to take a look at some of the noteworthy stories you might have missed. Click here if you want to digest the important stuff.

Otherwise, read on for a dose of unique, quirky weirdness. This week, we learn a few new things about planets, about animals, and about a few quirky individuals.

10 The Smell Of Uranus 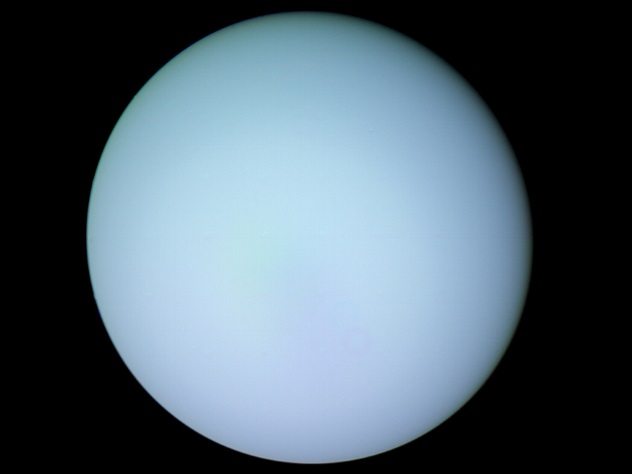 This week, a team of researchers from the Gemini Observatory in Hawaii confirmed what the rest of us suspected for a long time—Uranus is one of the smelliest objects in the solar system.

There, we got the obligatory joke out of the way. Using a high-powered spectroscope called the Near-Infrared Integral Field Spectrometer (NIFS), scientists were able to analyze samples of sunlight reflected from the planet’s atmosphere. They discovered the chemical “fingerprint” of hydrogen sulfide, a compound with an unpleasant smell which can be found in rotten eggs and farts on Earth.

Until now, scientists were unsure if the planet’s atmosphere was dominated by hydrogen sulfide or ammonia, like we find on Jupiter and Saturn. The presence of the former provides us with valuable clues regarding Uranus’s formation and its position.

It has been previously theorized that the planet formed closer to the Sun and migrated outward. However, the lack of ammonia indicates that resources were scarce and Uranus (and probably Neptune) didn’t have the hydrogen and helium necessary to develop into a true gas giant like Jupiter and Saturn. This would suggest that Uranus, actually, formed farther out and moved inward.[1] 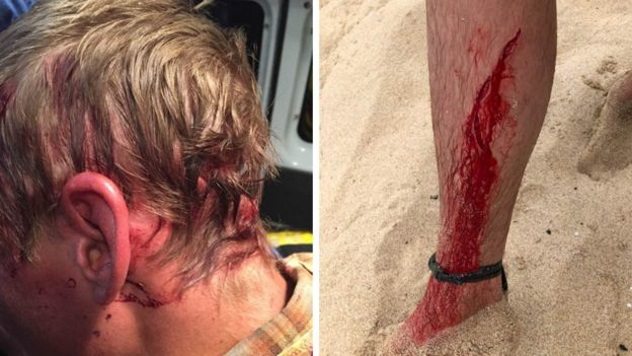 Dylan McWilliams from Grand Junction, Colorado, might be the unluckiest or luckiest person in the world, depending on your perspective on life. Over the last few years, he has been attacked by a snake, a bear, and a shark, and he survived all three encounters with moderate injuries

It all started three years ago. McWilliams, an avid outdoorsman, was on a hiking trip through Utah when he was bit by a rattlesnake. The then-17-year-old believed it was a dry bite, so he didn’t go to the hospital. As it turned out, he was wrong. The snake did envenomate, but the dose was small enough that it only made Dylan sick for a few days.

Last summer, the young explorer was outdoors again, this time camping with friends in Colorado. He was awoken during the night by a black bear biting down on his skull.[2] However, he managed to poke it in the eye, and the animal ran off. McWilliams got nine staples in the back of his head and a few scars.

This brings us to last weekend, when Dylan completed the animal attack trifecta while surfing in Hawaii. A large shark, believed to be a tiger shark, bit his leg. McWilliams kicked it a few times and made his way to shore, where he received seven stitches for the gash in his limb. 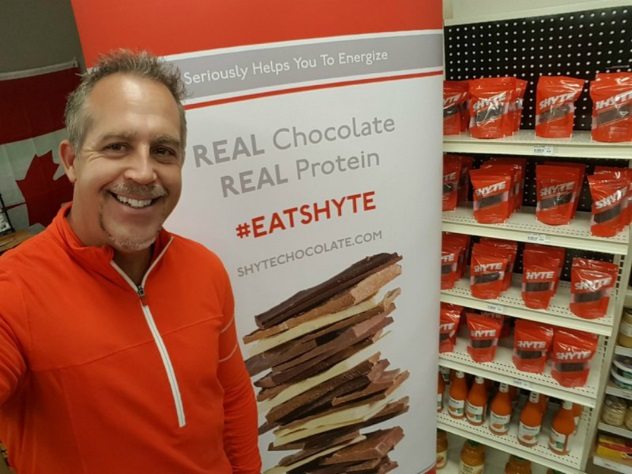 A Canadian chocolate company has gone viral, particularly in the UK, due to the name of its product—Shyte Premium Protein Chocolate.

Master chocolatier Kevin Richards just started the company late last year. He claims that the name started as a joke, but he figured it could work if he made it an acronym, which is why SHYTE stands for “Seriously Helps You To Energize.”[3] Afterward came the rather obvious slogan “Eat Shyte.”

Attention for the product increased significantly over the last few days as news of Shyte Chocolate started spreading around the United Kingdom, where the word “shyte” is a common variant of “sh—t.”

Some labeled Richards’s antics as a harmless bit of fun, while others proclaimed him a marketing genius. Since it became viral, his product has sold out in all locations. The master chocolatier says that he receives calls every few minutes for orders, inquiries, or just people wanting to know if Shyte Chocolate is real. 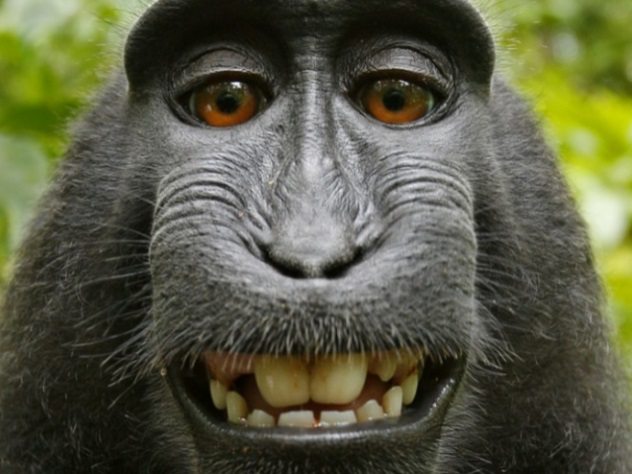 The whole ordeal started in 2011, when nature photographer David Slater traveled to the Tangkoko reserve in Indonesia to shoot a few monkeys. While there, a cheeky Celebes crested macaque named Naruto swiped his camera and inadvertently took two selfies. Since then, a heated debate raged on about who owned the photographs.

Slater argued that, while the monkey snapped the photos, he engineered the situation, so he owned the copyright. The United States Copyright Office disagreed and, in 2014, decreed that works created by nonhumans could not be subjected to copyright.

In 2015, the case took a new turn when Slater was sued by PETA for using Naruto’s pictures in his book. They wanted to establish a legal precedent and designate the macaque as the copyright holder, with their organization in charge of the profits as a “friend” of Naruto.

A judge ruled against PETA in 2016, so the company appealed. A few days ago, the 9th US Circuit Court of Appeals upheld the original ruling. Not only that, but it released a statement deriding PETA for failing to live up to the title of “friend” to the monkey.[4]

6 The Trip To Bali 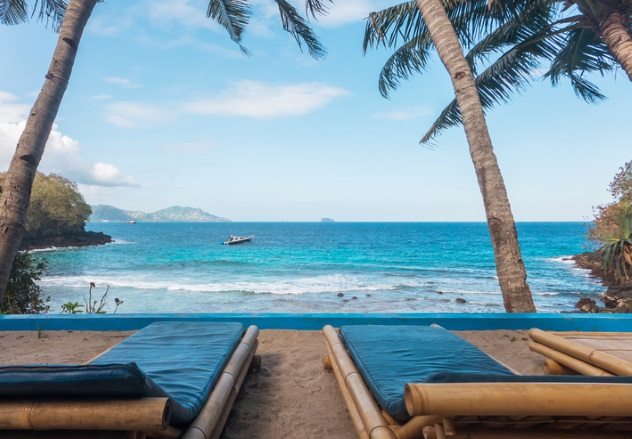 Most kids go to their rooms after a fight with their parents. That wasn’t the case with a young Australian boy given the pseudonym “Drew.” He went to Bali.

After a family argument, Drew stole his parents’ credit card and persuaded his grandmother to give him his passport. Despite being only 12 years old, he managed to book a flight and a hotel room in Indonesia.

On Monday morning, he left his Sydney home on his scooter. His parents thought he was going to school, but Drew was actually headed for the train station to travel to the airport. From there, he flew to Perth, where he boarded his international flight to Bali.[5] He had researched an airline which allowed 12-year-olds to fly unaccompanied and used a self-service check-in to avoid staff whenever possible.

In Bali, Drew booked a room at the All Seasons Hotel. At check-in, he claimed to be traveling with his older sister, who was running late.

Back in Australia, Drew’s family found out about his escapade after the school called to say he was absent. His mother, Emma, flew to Bali to retrieve him. 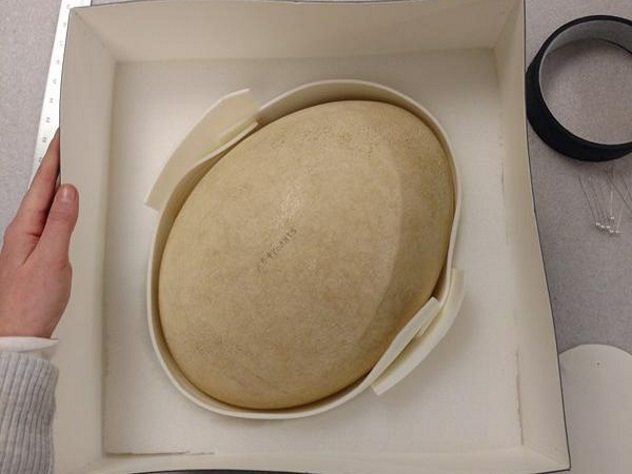 One of the largest bird eggs in history was discovered by chance by curators of the Buffalo Museum of Science in New York. While going through their extensive collection, one researcher came across an object which was labeled a replica of an elephant bird egg. However, closer inspection revealed that the egg was, in fact, real.

The elephant bird was a giant ratite native to Madagascar that went extinct during the 17th century. As its name suggested, the animal was huge, reaching up to 500 kilograms (1,100 lb) and over 3 meters (10 ft) in size. The egg found in the museum weighed 1.4 kilograms (3 lb) and was 30 centimeters (12 in) long. By volume, it was 150 times greater than a chicken egg.

Museum staff were delighted with the find, as there are only around 40 such eggs in public institutions, and many of them aren’t as complete as their recent discovery. A subsequent radiograph not only authenticated the find but also showed that the egg had been fertilized.

Afterward, the staff tried to figure out how long it had been sitting in a locked cabinet. Digging deeper in their collection, they eventually found the actual replica, as well as records indicating the purchase of an elephant bird egg from a London dealer in 1939.[6] 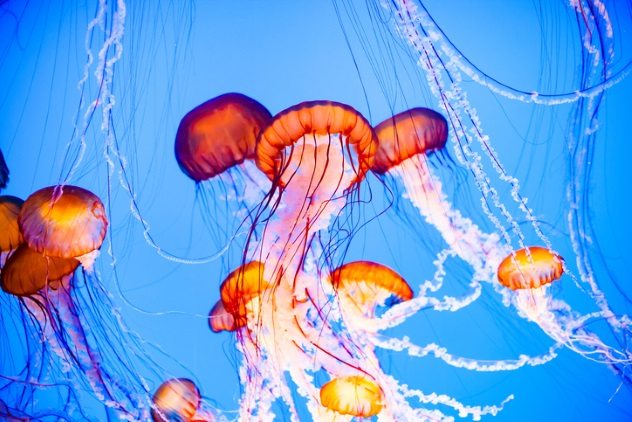 The world’s waters are dealing with a new, puzzling problem—they have too many jellyfish. Marine researchers are unsure of the cause behind this increase in jelly populations, specifically whether it is a natural or man-made oscillation. Their presence has impacted the tourism and fishing industries, and in Sweden, they even caused a power plant shutdown by clogging up the cooling pipes.

A group of scientists embraced the “when life gives you lemons, make lemonade” philosophy and began researching ways of benefiting from this jellyfish boom. The result was a collaboration between eight different countries on a project titled GoJelly, which investigates new jellyfish-based products.

Perhaps the most promising research is being done in Israel and involves using jellyfish mucus to reduce microplastics pollution.[7] As their name suggests, microplastics are very small and often bypass typical sewage treatment facilities and end up in the ocean. However, jelly mucus sticks to them, so GoJelly wants to make water filters out of the substance that would trap even the smallest plastic particles. 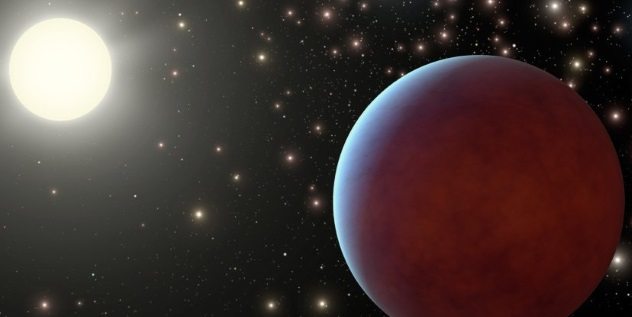 Researchers at Keele University in England stumbled onto one of the darkest planets ever observed. The celestial body in question, dubbed WASP-104b, absorbs between 97 and 99 percent of light.

WASP-104b is classified as a hot Jupiter. This means that it is a gas giant roughly the same mass as our own Jovian planet but orbits in close proximity to its star, thus making it extremely hot. In this case, the star is a yellow dwarf located 466 light-years away in the Leo constellation.[8]

Usually, hot Jupiters are darker than other planets, absorbing around 60 percent of the starlight that reaches them. Last year, scientists found an exoplanet named WASP-12b which absorbed 94 percent of light, but even that one is outclassed by the most recent find. Even so, cosmologists are unsure of what gives these giants their Stygian quality.

The leading hypothesis says it is due to the close proximity to its star. WASP-104b is tidally locked, meaning that an orbit around the yellow dwarf takes as long as a rotation on its own axis. Therefore, one side of the planet is permanently facing the star. However, since it is so close, it is too hot for reflective clouds to form. Furthermore, scientists speculate that WASP-104b has a thick atmosphere with atomic sodium and potassium that would absorb light even further.

Transformers are now a reality, thanks to Japanese company Brave Robotics. They posted a video teaser unveiling their first prototype—a robot which can morph into a fully functioning two-door sports car.

The bot is named J-deite RIDE and is 3.7 meters (12 ft) tall. According to Brave Robotics chief executive officer Kenji Ishida, the look and color scheme are reminiscent of anime Transformers from his childhood. The morphing process takes about a minute, after which the robot turns into an electric car capable of carrying two people.

Ishida admits that, at the moment, such a machine is mostly just a very expensive toy, but one which he hopes will inspire others and broaden their imagination.[9] The company has no plans to make the prototype into a street-legal vehicle. Instead, they believe the technology would best be utilized in the entertainment industry for amusement parks or parades.

1 The End Of The World 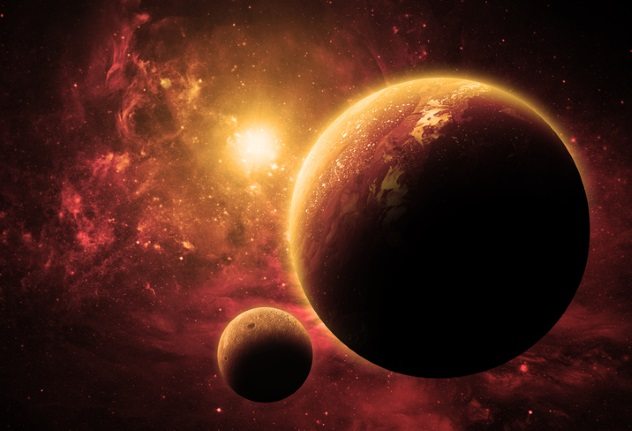 If you are reading this, then the world probably didn’t end on April 23, despite reports to the contrary. In a shocking turn of events, another doomsday prediction turned out to be wrong.

Should the world have ended, it would have been the fault of that pesky Nibiru, the mythical Planet X which is on a collision course with Earth. Ever since 1995, Nibiru has been implicated in several cataclysms which threatened to destroy our planet, most famous being the 2012 scare caused by the Mayan calendar. Of course, all these failed prognostications have done little to deter true believers, who still contend that Nibiru is on its way.

Bizarrely, this doomsday prediction was denounced even by its creator, conspiracy theorist David Meade, before it turned out to be false. Numerous media outlets claimed that Meade said the world is ending on April 23, but he dismissed these reports as “fake news.” According to Meade, the rapture will happen sometime between May and December of this year, but he would not name a specific date.[10]