There’s nothing like sports to remind you how incredibly fragile the human body is. For almost any activity or sport that’s physically demanding, getting hurt is not just a possibility but an eventuality.

Baseball players tear their elbow ligaments. Pro football players can recount dozens of concussions—if they haven’t had too many. Athletes who accelerate quickly, like basketball and soccer players, often tear their ACL ligaments in horrific fashion.

And that’s to say nothing of more extreme athletes—like BASE jumpers, BMX riders, and free climbers—who stare at the face of death, disfigurement, decapitation, dismemberment, and a host of other fates that don’t even begin with the letter “D.”

Yes, it’s tempting to live the safest, most boring existence possible. But life has a funny way of not caring about the precautions you take. So, why not go skydiving? After all, you can just as easily be injured by doing these totally safe things. 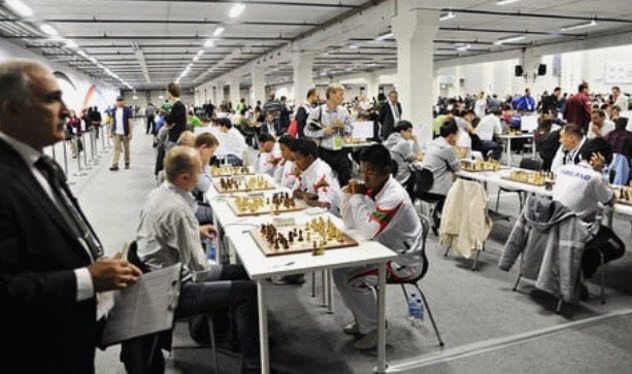 In April 2014, tragedy struck the 41st Chess Olympiad in Tromso, Norway, which is considered the sport’s ultimate international tournament. In the middle of his final match against Alain Patience of Rwanda, 67-year-old Kurt Meier of the Seychelles team collapsed from a heart attack. Meier had achieved the rank of Candidate Master under the international chess FIDE system.

Rescue personnel immediately tended to Meier. Panic ensued, however, when tournament attendees mistook a defibrillator for a gun. They fled the venue and caused mass confusion. Unfortunately, attempts to save Meier’s life were unsuccessful. He later died after being transported to the hospital. In a sad twist, Meier collapsed next to his 29-year-old son, who was playing on an adjacent board.[1]

While not considered a dangerous sport, chess has had more than its fair share of injuries and deaths due to the intense mental strain on the players at matches. Heart attacks and strokes are common, and at least seven confirmed deaths have occurred during tournaments.

Incredibly, Meier’s was not the only death at the 41st Chess Olympiad. That same day, fellow tournament player Alisher Anarkulov from Uzbekistan was found dead in his hotel room. 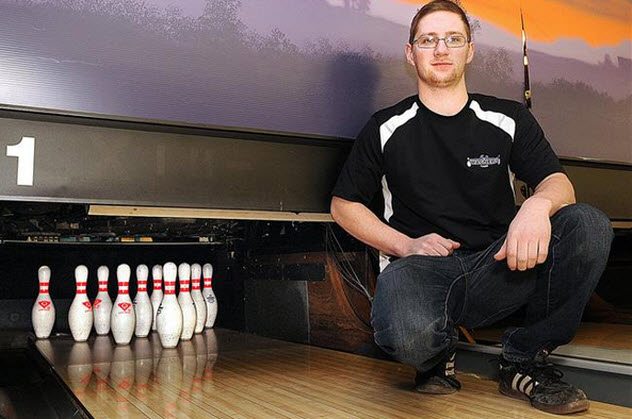 Are you curious to find out how a bowling alley’s ball-return machine works? Andy Gardner, an employee of Wagner’s Lanes in Eau Claire, Wisconsin, can tell you firsthand that it’s not such a great idea.

Just after his shift in February 2014, Gardner heard shouting and noticed a young boy trapped in the automatic ball-return system. The toddler had wandered so far down the lane that he had triggered the pin-cleaning mechanism and was about to be trapped by its metal bar.

Gardner sprang into action, activating the system’s “kill” switch and saving the boy’s life. After being pulled to safety, the unidentified boy was largely unharmed, apart from a good scare. If Gardner hadn’t acted quickly, the results could have been fatal.[2]

In another incident, David Geiger, a 30-year veteran of the bowling industry, suffered a grisly death at the hands of a ball collection system in Northwest Lanes in Fairfield, Ohio, where he worked. After being sent to do maintenance on the pinsetter, Geiger got his clothes caught in the machine, which pulled him in.

According to the autopsy, he died of “traumatic asphyxia.” Thanks to Andy Gardner, the same fate didn’t befall the young Wisconsin child. 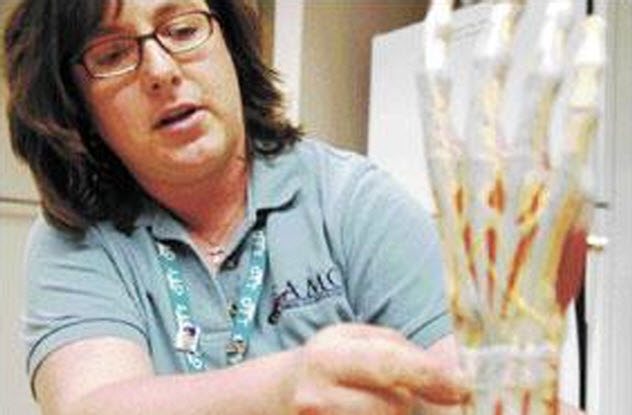 When you think of injuries sustained while playing video games, it’s usually stress-based injuries that arise from moving the wrist repeatedly, putting pressure on tendons and nerves. It’s true—video games are becoming one of the leading causes of carpal tunnel syndrome. More gamers at every level find themselves needing to take time off and take preventative measures such as hand stretching. Some even retire due to hand and wrist injuries.

But carpal tunnel syndrome is not the worst injury—and certainly not the weirdest—that’s frequently sustained by gamers. Spontaneous pneumothorax (a collapsed lung) is becoming frighteningly common among gamers. It’s a life-threatening condition that demands rapid medical attention.

In 2014, Hai Du Lam, a professional League of Legends player for Cloud 9, suffered a collapsed lung which forced him out of the All-Stars tournament. Instead of taking time off, Lam proceeded to livestream a four-hour practice session from his hospital bed.[3]

Months later, he returned to lead his team on a storied run to qualify for the LCS World Championship. Lam’s case is not unique. There have been at least six confirmed collapsed lung cases in the pro gaming population over the past few years.

Why does it happen to gamers? Medical experts note that the profile of a typical collapsed lung sufferer—underweight young man with sedentary lifestyle—just might have something in common with the profile of many e-sports stars. 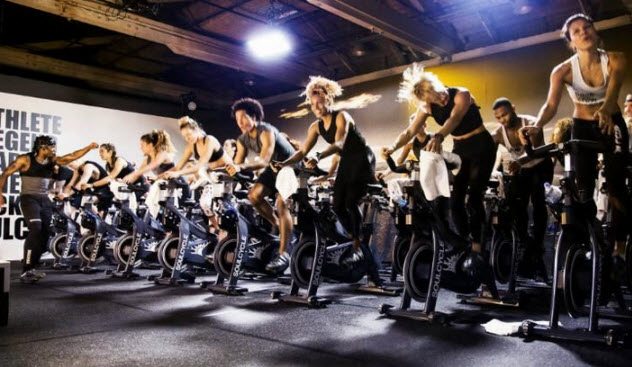 Mountain biking is undoubtedly one of the most dangerous sports out there. There’s the potential to crash into trees, careen down the side of a cliff, or take a nasty fall. It’s much safer to take the whole activity indoors and ride a stationary bike, isn’t it?

Forty-two-year-old Donna Wood of New York might beg to differ.

In 2016, while attending a SoulCycle class in Beverly Hills, California, Wood suffered an injury that would make even seasoned mountain bikers grimace. When she tried to dismount from the bike, she accidentally impaled her right leg on a support beam, which left her dangling from the bike and unable to free herself.[4]

As SoulCycle classes are so loud and dark, nobody could hear her scream in pain. In fact, no one noticed her for at least several minutes. After she was finally freed with the help of a classmate, Donna was transported to a nearby hospital. She received 50 staples and eventually developed a large, permanent scar.

Donna sued SoulCycle—and she’s not the only one to have done so. The fixed-gear models have caused SoulCycle participants numerous injuries over the years. 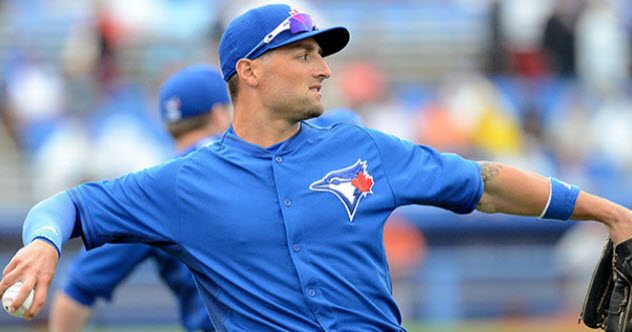 There are two types of people in the world: those who sneeze bashfully and those who sneeze with the force of a thousand suns. Toronto Blue Jays center fielder Kevin Pillar belongs to the latter group.

In 2015, while warming up before a game, Pillar experienced a particularly violent sneeze, straining his right oblique muscle in the process and causing him to miss a week of games.[5] It may sound unbelievable, but the violent, involuntary spasms caused by a sneeze can be enough to cause strains in various parts of your body.

Pillar is certainly not the first ballplayer to miss games due to sneezing. At least nine major leaguers, including Sammy Sosa, have been injured by sneezing.

But if you think that holding in your sneezes might help you to prevent injury, think again. In 2017, a 34-year-old man visited an ER in the United Kingdom with complaints of throat swelling, loss of voice, and a popping sensation in his neck. He’d tried to “plug” his sneeze by pinching his nose shut, and the trapped air was redirected down his throat. 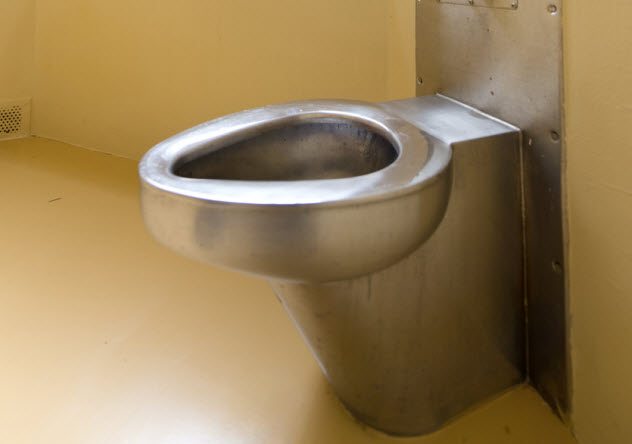 If your diet is less than ideal, it might already feel like every trip to the commode leaves you with injuries. But even your worst struggle with the porcelain throne pales in comparison to what happened to Michael Anderson Godwin in 1989.

An inmate in South Carolina, Godwin was multitasking by taking care of business and fiddling with the wires on earphones connected to his cell’s television set. As he sat on the metal throne, he bit into the wire, which sent a strong current through his body and electrocuted him to death.

Ironically, the convicted murderer had won an appeal to reduce his sentence from death to life without parole.[6] 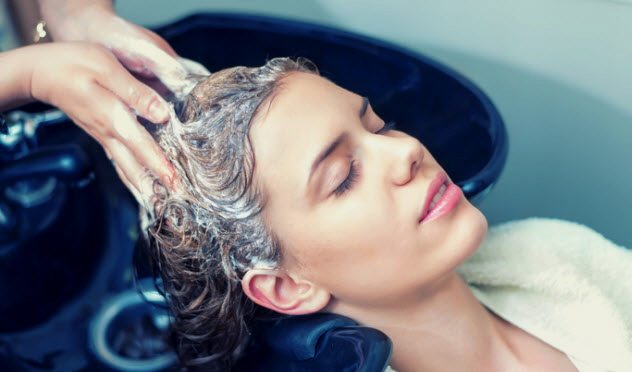 According to many people in the beauty industry, razors and clippers aren’t the cause of the worst injury you could sustain at a beauty salon or a barbershop. In the early 1990s, an unidentified 63-year-old woman experienced dizziness, nausea, and vomiting during a visit to the beauty parlor.

Doctors at the hospital assumed that the problem was gastrointestinal, but her symptoms lingered for several days and expanded to include loss of body control and poor balance. Eventually, they realized that the cause was a little-known condition colloquially known as “beauty parlor stroke syndrome.”[7]

Leaning your head back into the sink while getting your hair washed actually hyperextends arteries in the neck, which can lead to arterial tears and reduced blood flow to the brain. Isn’t it crazy that the most relaxing part of a shampoo can potentially be the most dangerous?

Don’t fret, though. Experts say that beauty parlor stroke syndrome is incredibly rare and you (almost) certainly won’t experience a stroke the next time you get your hair washed. 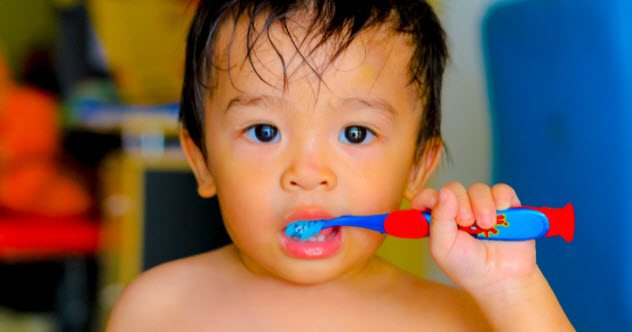 You should absolutely brush your teeth at least twice per day, but you may want to give the activity your full attention each time you do it. You certainly will after you hear what happened to an unidentified boy in India.

While brushing, the boy and his sister were engaging in a bit of sibling horseplay. He fell face-first with the brush in his mouth, causing the brush to penetrate the inner lining of his cheek down to the muscle beneath.

Although doctors were able to pull out the brush by hand, the boy continued to experience great pain because the bristle portion was still lodged in his cheek.[8] With a minor surgical procedure, doctors removed all the bristles from the delicate tissue. Apparently, this isn’t the only case of hospitalization due to a person falling on his toothbrush! 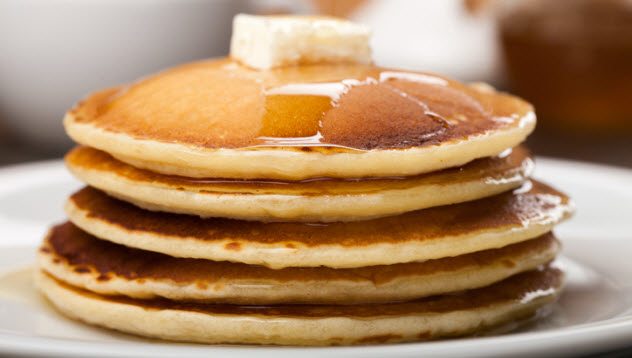 If you’ve ever undertaken the All-You-Can-Eat Pancake Challenge at IHOP, you probably know a few of the risks you might encounter: immobility, stomach pain, and general loss of dignity. In rarer cases, pancake consumption can lead to back injury—that is, if you believe Dustin Penner, former LA Kings forward.

The question, of course, is just how aggressively does this man eat his pancakes? 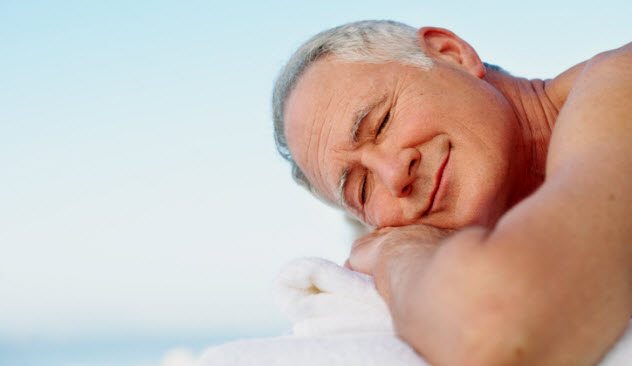 Millions of people around the world love getting massages. They’re restorative, relaxing, and help speed up recovery from injuries when administered by qualified therapists.

There may have been no bigger fan of massages than an unidentified 88-year-old man who was admitted to the hospital in 2005 with a high fever and acute renal failure. He was diagnosed with rhabdomyolysis, a dangerous condition in which the body’s muscles break down and release harmful byproducts to the kidneys.

The cause wasn’t immediately apparent until the man revealed that he’d regularly received hour-long massages every other day for the past 40 years. The day before experiencing symptoms, he’d had a “particularly intense” massage with two masseuses in a two-hour session. Compression-induced rhabdomyolysis is rare, especially as the result of massage.[10]

So enjoy your massage sessions—but not too much!

I write proposals for a living, but off the clock, I write about the weird, the improbable, and the psychological. Thanks for, you know, reading this, or whatever.

Read about more bizarre ways to be injured or die on Top 10 Birds Most Likely To Kill You and 10 Horrific Deaths Caused By Cell Phones.