The Catacombs of Paris hide many dark secrets. Ossuaries—there’s something inherently hair-raising about them, and to many, they’re some of the creepiest and most taboo places on the planet. What’s scarier than your typical, run-of-the-mill cemetery, though? How about one that houses the remains of millions of Parisians and is located directly underneath France’s capital? Yeah, probably that.

For a city that’s known for its love of fashion, romance, and culture, Paris sure is hiding a dark secret under its streets. These little-known facts about the vast Catacombs of Paris will leave you absolutely bewildered.

10 They House The Remains Of Over Six Million Dead Parisians 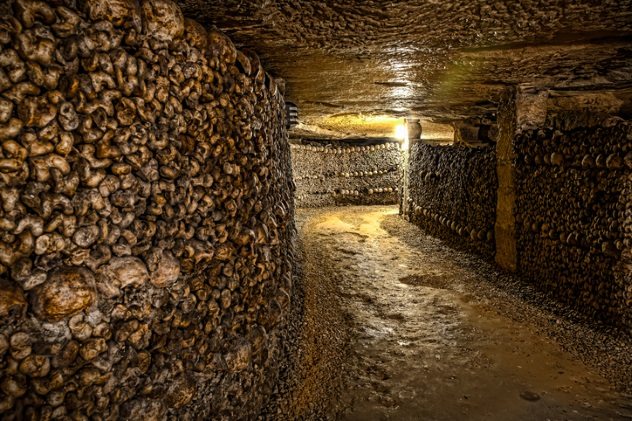 In the 18th century, the cemeteries of the ever-growing city of Paris were running out of space. If that wasn’t bad enough, some bodies weren’t buried properly and were spreading disease. Ultimately, Parisian officials chose to condemn the city’s cemeteries and move the remains they contained elsewhere.

The officials turned to some of the city’s underground quarries. They were able to organize the movement of more than six million bodies underground from the 1780s to 1814, all taken from previously existing graveyards throughout Paris, by transporting the dead via carts and depositing them in their final resting place.[1]

9 They’re Bigger Than You Think 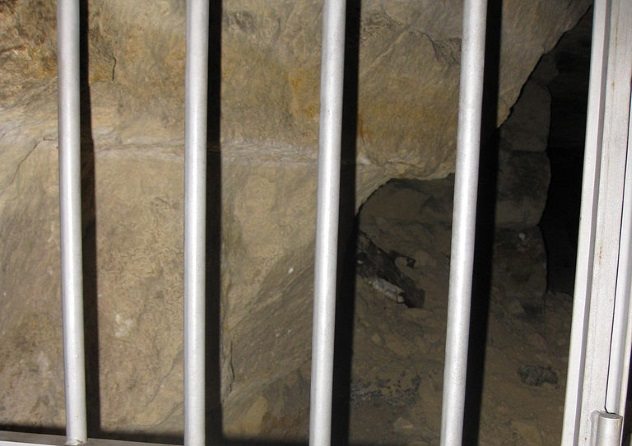 While the remains of six million people are scattered throughout the tunnels, most were laid within burial chambers known as ossuaries, in which tours are often held. The thing is, more tunnels surround the Catacombs. These tunnels were made by Parisian quarry miners before some were used as cemeteries.

While it’s estimated that there are around 320 kilometers (200 mi) of tunnels, not all of them have been mapped, and the rest is uncharted territory.[2] It really makes you wonder what else is lurking down in those tunnels.


8 Roamers Are Using The Catacombs As A Secret Swimming Spot 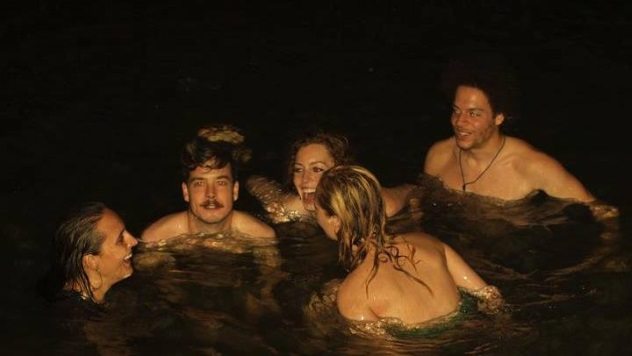 Apparently, the idea of heading down to the local swimming pool (or using a friend’s) just isn’t satisfying enough for some people. Instead, they’ll take a trip down into the depths of the Catacombs for a refreshing dip in some secret, unmapped pools of water which have become known among fellow cataphiles as impromptu swimming pools.

Of course, you’d have to have connections to get to places like these. Reportedly, you also have to wade through murky waters and claustrophobia-inducing tunnels before you hit the “oasis,” which, in this case, is a swimming hole located in a giant underground graveyard.[3]

7 Unknown Groups Have Run Clandestine Operations Down There 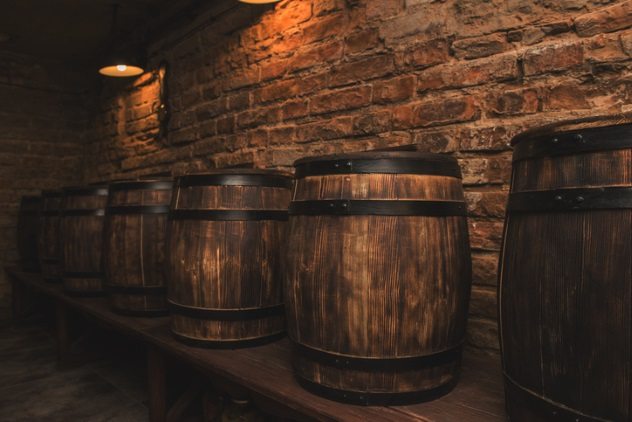 In 2004, police who were undertaking a training exercise in the Catacombs stumbled upon something completely unexpected. When exploring a secluded area of the vast tunnel system, they discovered a giant cinema room, fully equipped with a screen, equipment, and a restaurant and bar, all facilitated by professionally installed phone and power lines. Spookier still was the fact that a secret camera was snapping photos of the officers as they passed into the entrance.

Nobody knows who was responsible, and a note was left at the scene which read, “Do not try and find us.” It’s probably not the best decor for a cinema and restaurant, but the space may as well be put to good use, right?[4]


6 A Flood Of Corpses 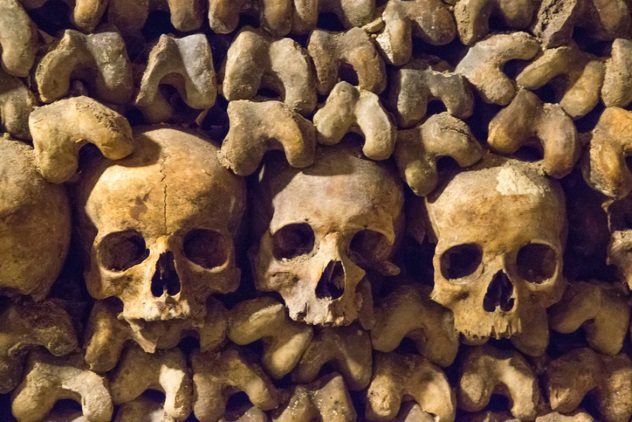 Paris’s original hot spot to be buried at (before the Catacombs took the reins) was Les Innocents, the city’s oldest and most used graveyard. There was one problem, though: As alluded to above, by the time the 18th century rolled around, so many people had been buried there that it had became overcrowded. Nearby residents began complaining of the pungent smell of death that was overtaking the entire city.

“Overcrowded” is probably an understatement, seeing that after a flood broke the perimeter of the cemetery, bodies buried there began overflowing out onto the ground. During the 1780s, people started exhuming bodies from all the old cemeteries and burying them in what we now know as the Catacombs, and the rest is history.[5]

5 Cataphiles Are Creating Communities Inside The Tunnels 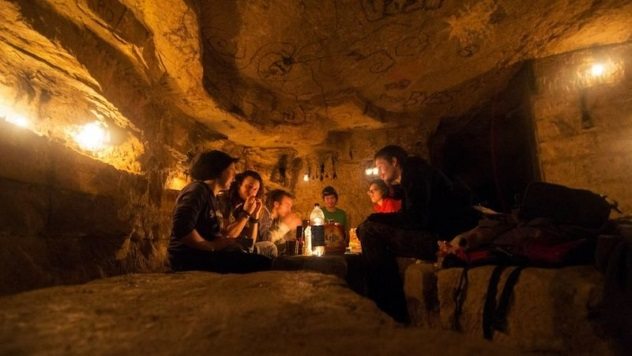 The cataphiles are a group of urban explorers with a penchant for spending vast amounts of time within the depths of the Catacombs of Paris for their own enjoyment and adventure. While they might sound like a modern-day cult, they are deeply respectful of both the dead and the tunnels and create maps so that people don’t get lost within the vast necropolis.[6]

They are insiders, and information about how to gain access to the catacombs is kept within the tightly knit group. The cataphiles have been creating and building their own community within the old quarries and tunnels for years. Some paint art, furnish rooms, or party with fellow tunnel-dwellers, and some visit to simply disconnect from the outside world.


4 It Was Once The Site Of A Vintage Wine Heist 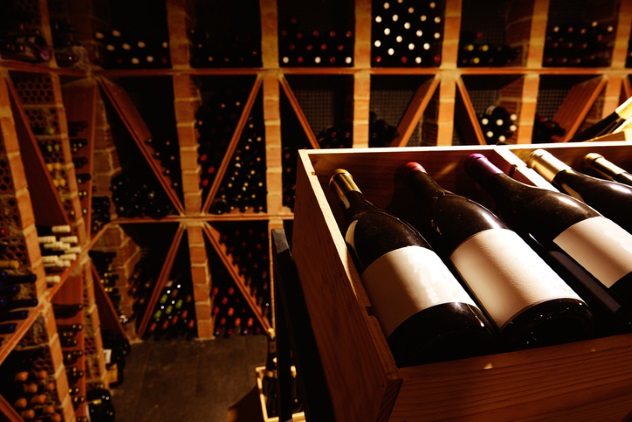 It turns out that apart from bones, decay, and death, there’s some pretty good wine on offer within the depths of the catacombs, too. At least, that was the case in 2017.

A gang of French thieves drilled through the limestone walls of the Catacombs into a nearby vault, which was located under an apartment and contained around 300 bottles of vintage wine. The thieves made off with all the wine, valued at €250,000.[7]

3 The Bones Are Arranged In ‘Decorative’ Displays 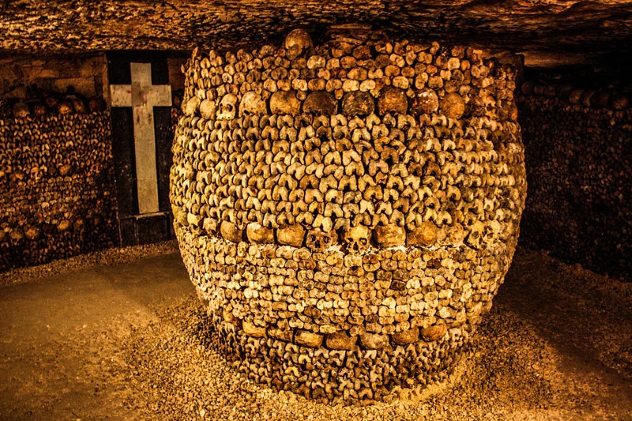 When the bones of the dead were first being taken down into the tunnels via carts in the 1780s, they were simply placed in the tunnels (after a priest said a prayer to keep the dead at peace). Workers began arranging the old bones into shapes and decorations, such as hearts and circles, and lined the walls with skulls and various other ghastly remains.[8]

One of the most iconic displays is known as the Barrel. It consists of a large, circular pillar surrounded by skulls and tibiae which also acts as a support for the roof of the area in which it’s housed, which is referred to as the Crypt of the Passion or the Tibia Rotunda. The Barrel is a little more morbid than a traditional support beam, but if it works, it works.


2 Farmers Began Using The Catacombs of Paris To Grow Mushrooms 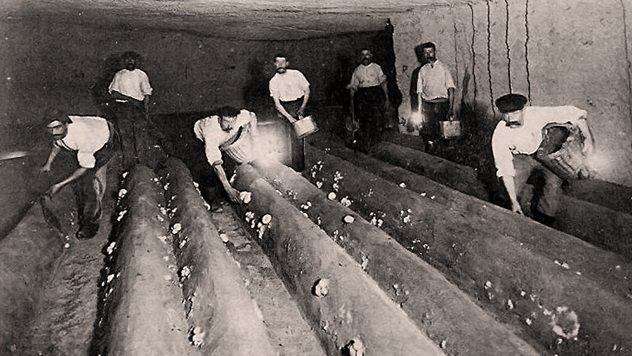 The practice began in the 19th century, when a Parisian named Monsieur Chambery ventured down into the tunnels and observed a patch of wild mushrooms growing within a chamber. He decided to use the abandoned tunnels to begin growing his own champignon de Paris (aka button mushrooms), a practice which was soon recognized and accepted by the Horticultural Society of Paris.[9]

Soon, farmers from all around flocked down there to begin farms of their own. Mushroom farming in the Catacombs became thriving business venture. In fact, if you know where to look, you can probably find some farmers still down there, growing mushrooms to their hearts’ content. It does make sense, when you consider the darkness and humidity down there. Who knows; the old bones lying around might have acted as some sort of fertilizer for the mushrooms, too. 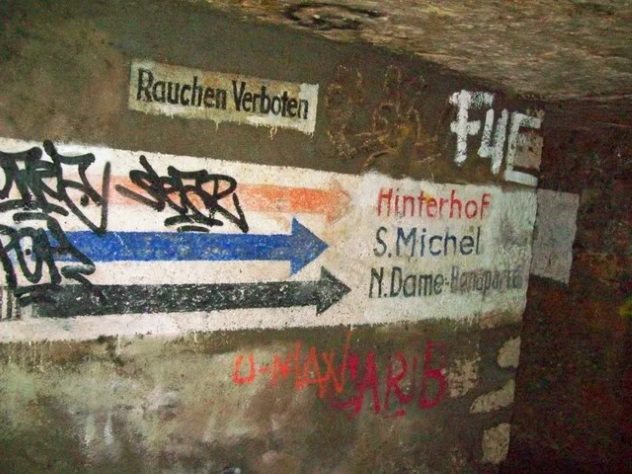 Seeing as the existence of the Catacombs of Paris was common knowledge during World War II, as well as the fact that they span so many miles underground, it’s no surprise that they were also used for war. What may surprise you is that they were used by both sides.

Members of the French Resistance were actively using the underground tunnel system to hide out during the war and plan attacks against the Germans. The Catacombs helped to ensure that they wouldn’t be seen by German spies and would escape detection.

What’s more shocking is that the Nazis also had a presence within the Catacombs and built various bunkers (such as one beneath the Lycee Montaigne secondary school.)[10] Traces of this bunker still remain today.

Read about more unique resting places for the dead on 10 Most Bizarre Tombs Ever Discovered and 10 Residents of the Capuchin Catacombs.