Nintendo didn’t always make video games. The company was formed in 1889, and before Mario, they tried to sell pretty well everything you can imagine. We’re talking goods and services that no sane man would ever link to video gaming.

It would be impossible to list everything Nintendo has tried to sell because they’ve tried pretty near everything. There are some highlights, though, that tell the story of a company desperately trying to find its niche—and you’d be surprised at just how much of it involves brothels, the yakuza, and light pornography. 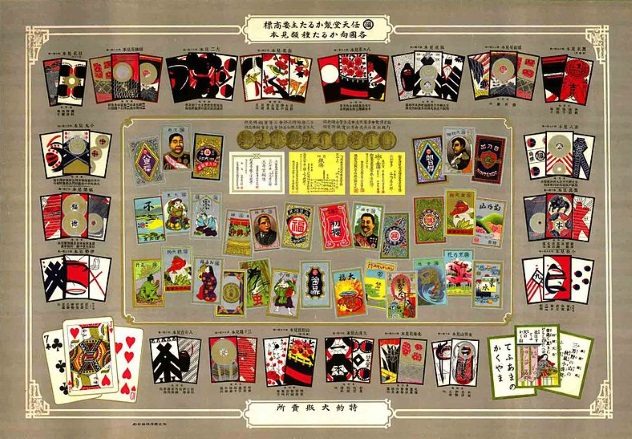 It was an open secret. Nintendo barely even tried to hide how they were using their cards—in fact, it was right there in their name. The name “Nintendo” is an allusion to gambling that roughly translates to “in the end, it is in heaven’s hands.”

Some think the name holds an even deeper meaning. According to some yakuza members, Nintendo’s name, from the start, was a subtle reference to ninkyo, the yakuza concept of chivalry.[1] This would mean that, from the very moment the business started, they were linked to the Japanese mob. 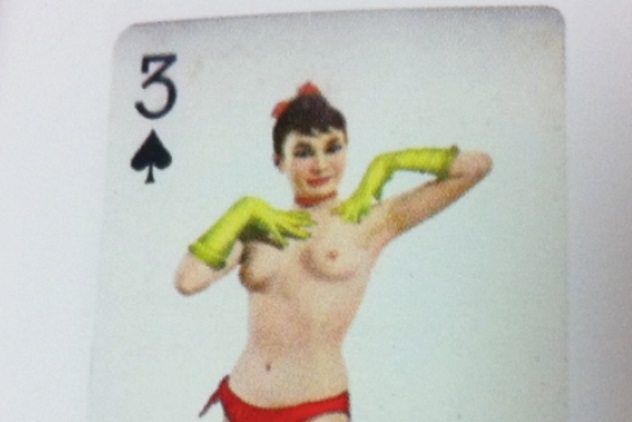 Nintendo hasn’t always been a family-friendly company. In the 1960s, they went through a weird phase as purveyors of sex and pornography.

It all started shortly after Hiroshi Yamauchi took over the company. He was young—he dropped out of school to take the reigns of his grandfather’s company—and he was worried about how all the old-timers would take his new ideas. So, naturally, he fired everybody before they could complain.

To be fair, he was right. When they heard his ideas, they probably would have quit, anyway. Under Yamauchi, the company started releasing new lines of pornographic playing cards, with a different naked lady on each card. They even released a special line with Marilyn Monroe’s Playboy pictures on every card.

Then they moved into love hotels: pay-by-the-hour hotels run in red-light districts for prostitutes to meet up with their customers or for two lovers to discreetly have sex. Nintendo’s love hotels didn’t make any money, but at the time, rumors had it that Yamauchi only set them up so that he could use them for free.[2] Yamauchi, it’s said, wasn’t just the president—he was the Nintendo’s best customer. 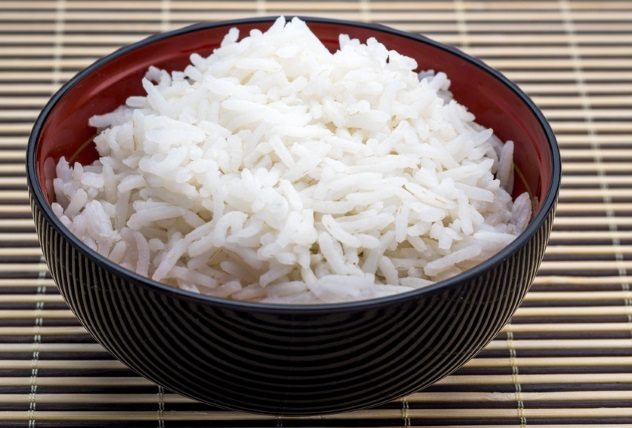 Yamauchi had noticed how many people bought instant noodles, and he became convinced that he could make a fortune by doing the same thing with rice. So, he started a whole new line of Nintendo fast food by setting up individually sized dehydrated bowls of rice in the grocery store. If people would buy instant noodles, he figured, just imagine how many people would buy instant rice.

The answer, it turned out, was nobody.[3] Nintendo lost a fortune on their instant rice, probably in part because his brilliant idea already existed and was already being sold by companies that had actually made food before.

He was desperate to try anything, though. Yamauchi had a minor panic attack when he visited the United States Playing Card Company and saw they were working out of a small office and barely running a profit. Playing cards, he was starting to realize, might not stay the wild craze with the youth forever. He was willing to try anything. 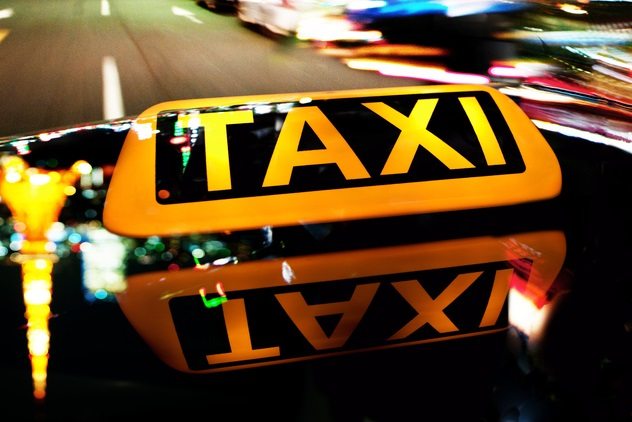 The first time Nintendo managed to run a profit on something that wasn’t playing cards was when they opened their own taxi company. It was called Daiya, and it actually made them money—and they rode that wave of success for a solid month or two before it all collapsed.

As it turned out, the only reason Nintendo’s taxi service was profitable was that they didn’t bother paying their employees a living wage. Their employees were starving so badly that they barely put up with it for a month before unionizing and picketing for better pay.[4]

Nintendo couldn’t both run a profitable taxi company and pay their employees enough money to buy food, so they gave it up. And yet another of their business ventures fell apart. This one didn’t even survive a full year. 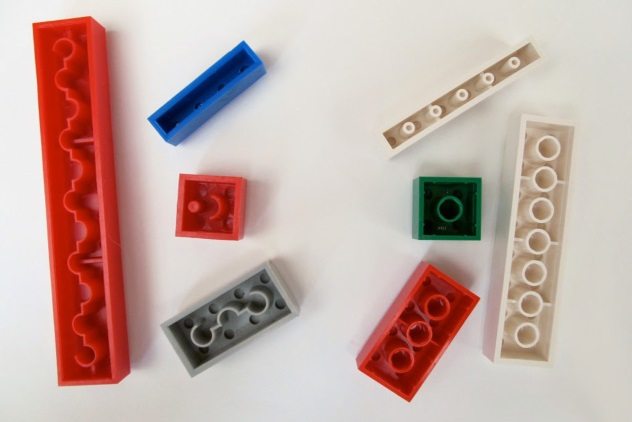 Before they settled on video games, Nintendo tried their hand at a lot of toys. Pretty well everything you could imagine, Nintendo made. They made board games, puzzles, baseball launchers, see-saws, and even baby strollers, working off a business model that, apparently, was to just throw everything imaginable at a dartboard and see what stuck.

The one that got them in trouble, though, was N&B Block, their version of LEGO. Nintendo took the best ideas behind LEGO and gave them a creative new twist: They scratched the word “LEGO” off the box and put in the word “Nintendo.”

Other than the name, N&B Block pieces were pretty much identical to LEGO pieces. (The two companies’ bricks are compared above.) The only difference was that the connectors at the bottom of Nintendo’s blocks, instead of being shaped like circles, were shaped like semicircles.[5] That change wasn’t meant to be an improvement—it was done purely just to keep LEGO from suing them.

It didn’t work. LEGO sued them hard. Nintendo, to be fair, hadn’t exactly been subtle about it. Their ads were usually just pictures of a pissed off kid complaining about having LEGO sets while his far happier friend played with Nintendo’s N&B Blocks.

Nintendo actually ended up winning the lawsuit, but it didn’t matter. Their LEGO knockoff went out of business anyway. They were so poorly made that anything you built would fall apart in the slightest breeze.

Nintendo’s first international success was the Nintendo Love Tester. In 1969, they came out with their own version of the machine that’s graced dive bars and bowling alleys in the world’s dirtier hovels for years.

Their Love Tester had two electrodes, and you and your significant other were each supposed to grab an end while staring lovingly into each other’s eyes, talking, or whatever else. The dial on the machine would go up to tell you how true your love really was—although, in reality, it was mostly just testing your heart rate.[6]

The creator explained his invention in the creepiest way imaginable: “The Love Tester came from me wondering if I could somehow use this to get girls to hold my hand,” he explained. “I wound up holding hands with quite a few girls thanks to it.”

Then, apparently worried he hadn’t made people uncomfortable enough, he threw in: “Of course, somewhere along the line I started to feel like I wanted to do more than just hold hands.”

As weird as it is, Nintendo’s Love Tester was the first product they ever successfully sold abroad, and it returned to the market in 2010.

4 One Of The First Electronic Drum Machines 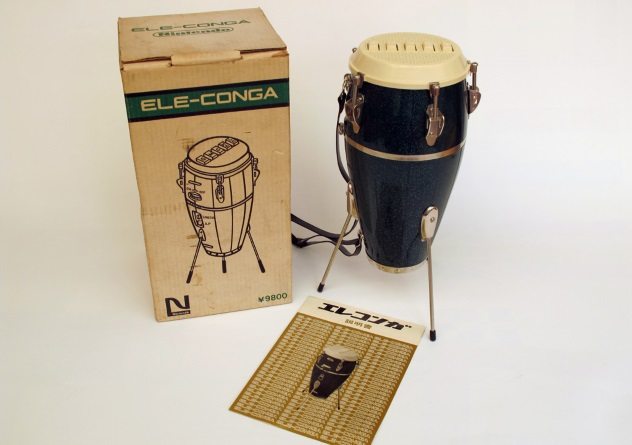 One of the first programmable electronic drum machines ever made was created by Nintendo.[7] It was the Ele-Conga, and it came out in 1972, the exact same year as the drum machine that usually gets the credit for being first.

Nintendo’s electronic drum machines looked like a little bongo with five buttons on top, which you could tap to play little sounds. Their most revolutionary idea, though, was called the Autoplayer—a little add-on that let you program your own beats.

The drum machine came with punch cards that you could put on a wheel that told the drum what to do. You had to turn a little hand crank to get it going, so it didn’t exactly free musicians up to do anything else, but it was a start. It even came with a strap and a way to plug it into an amp so that you could rock out live. 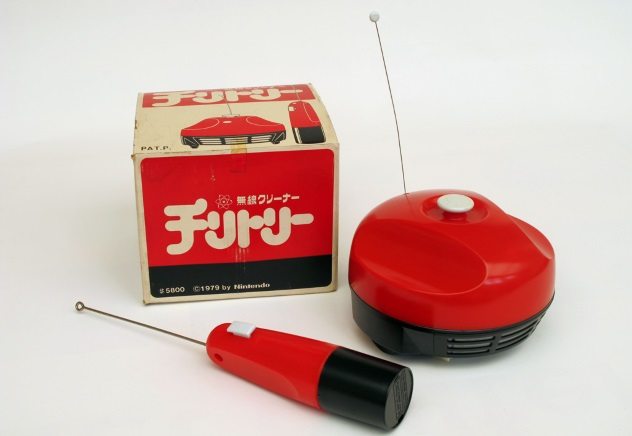 There was a brief period in the late 1970s when Nintendo made household supplies. Someone in your household could buy their very own Nintendo Chiritori: the Nintendo vacuum cleaner.

It was actually a pretty unique little invention. Nintendo’s vacuum cleaner was remote-controlled, so you could sit back and relax while it cleaned your house. It even looked like an early version of the Roomba.

It still didn’t sell very well, though. As nifty as the gimmick was, their vacuum cleaners sucked—or, more accurately, didn’t suck. The tiny little vacuum cleaners could barely pick anything up and were too small to actually store more than a few dust mites. They moved so slowly, too, that it would take the better part of a day to clean a single room.[8]

They were mostly just made to be fun. They even came with cute little sticker eyes so that you could give your vacuum cleaner a personality. 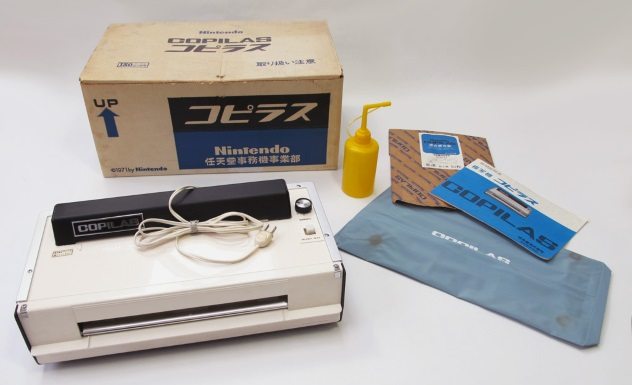 Nintendo had a whole Office Equipment Division during the 1970s. For a few years, Nintendo was your one-stop shop for discount office supplies.

They made clocks, paper, and everything you could imagine. They usually had pretty unique gimmicks for each. They sold storage shelves that clicked together like LEGO bricks.[9] Each one came with a secret panel and a set of handkerchiefs so that, at any moment, you could impress your friends by making the handkerchiefs magically appear.

They even made a photocopying machine. It was called the Nintendo Copilas, and it was a knockoff, discount Xerox machine, specially designed to be one of the cheapest photocopiers on the market.

Sort of, anyway. Nintendo’s business model was to make a cheap photocopier that ran out of ink and broke down nearly as soon as you bought it. They gave it away for next to nothing but made sure that you’d come crawling back for maintenance supplies every couple of weeks. 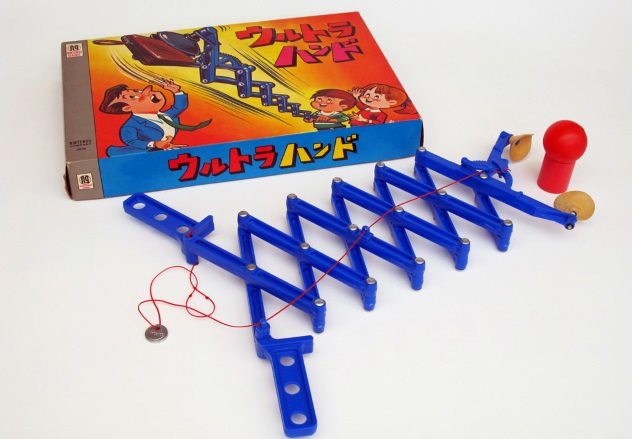 The Ultra Hand might not sound like much, but it was a big deal for Nintendo. It was one of those extendable toy claws you can use to grab things, sort of like that stick you use to reach things at Walmart when you don’t feel like getting off your scooter. And believe it or not, it saved the company in the late 1960s.

Nintendo sold more than a million of these things, right at a point when their stocks were dive-bombing straight into bankruptcy. It was the invention that put the company back in the black and that, in time, would lead Nintendo to make video games.

The inventor, Gunpei Yokoi, who started off as the company’s janitor, made the Ultra Hand for fun in his spare time. After he brought it to the CEO, the company made so much money that they made it a policy to green-light any idea Yokoi proposed. That was a huge moment for the company—because that former janitor would end up pitching the Game & Watch system, Nintendo’s first video game system. He would also create the Nintendo Game Boy.[10]

That was the turning point in the company’s history: an extending claw that let you grab things from high shelves. And if Nintendo hadn’t sold it, they never would have made a single video game.