The Berlin Wall was one of the most defining symbols of the Cold War. The Soviet Union and East Germany called it Die anti-Faschistischer Schutzwall (“Anti-fascist Protective Wall”). According to them, the wall was necessary to stop Western spies from sneaking into East Berlin. At the same time, it would stop West Berliners from traveling into East Berlin to buy the cheaper, subsidized goods intended for East Berliners.

10 It Did Not Separate East And West Germany 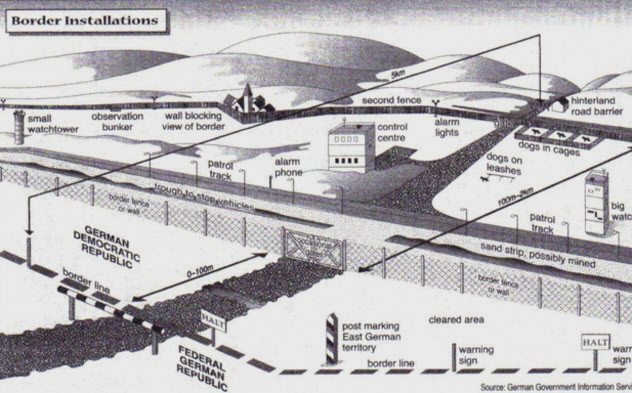 To understand how West Berlin ended up in East Germany, we’ll need to understand how Germany was partitioned. Toward the end of World War II, the Allies agreed to divide Germany into four occupational zones. Each zone would be controlled by the United States, the United Kingdom, the Soviet Union, or France.

9 It Was Actually Two Walls 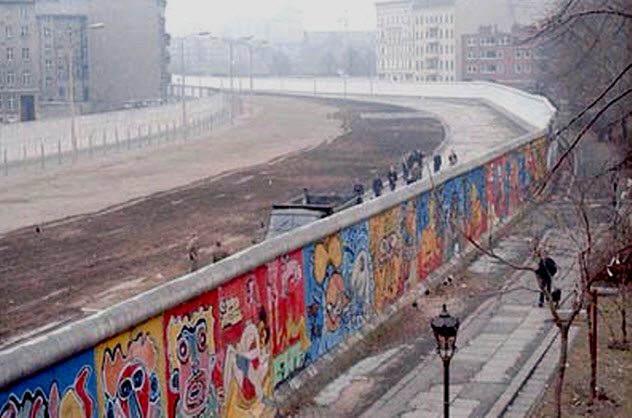 Unlike what many of us believe, the Berlin Wall was not one wall but two parallel walls 100 meters (328 ft) apart. However, the one we think of as the Berlin Wall is closest to East Berlin. Work started on the first wall on August 13, 1961, while the second wall followed a year later. Between the two walls was the no-man’s-land, which was called the “death strip.”

No one was allowed into the death strip, and trespassers who were trying to flee into West Berlin risked getting shot. Buildings inside the death strip were destroyed. The entire area was leveled and filled with fine gravel to reveal the footprints of any escapees. The strip was also lined with floodlights to prevent escape at night.[2]

8 A Church Stood Between The Two Walls 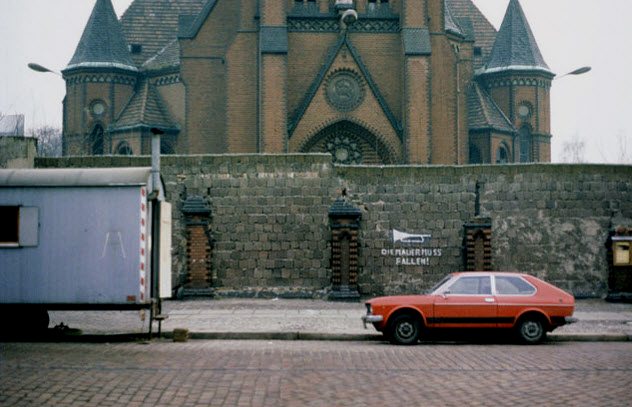 Inside the death strip, East German and Soviet authorities destroyed all buildings except for the ironically named Church of Reconciliation. However, the congregation could not worship in the building because it was inside a restricted area. The story surrounding the church is an interesting one.

In West Berlin, the abandoned church was promoted as a symbol of the oppression meted on East Berliners and East Germans by the Soviet Union. The church itself soon became a problem for East German guards because they needed to go around it on patrols. At the same time, some churches inside East Germany had become asylums for opponents of the government, so the government needed to send them a message. All these issues culminated in the decision to destroy the church.

Demolition started on January 22, 1985. East Berlin claimed that it was necessary to “increase the security, order, and cleanliness.”[3] However, the demolition only complicated issues and made the church more popular. As its pictures were circulated around the world, it became the symbol of the oppression suffered by East Germans.

7 Its Effect Extended All The Way To The Subway 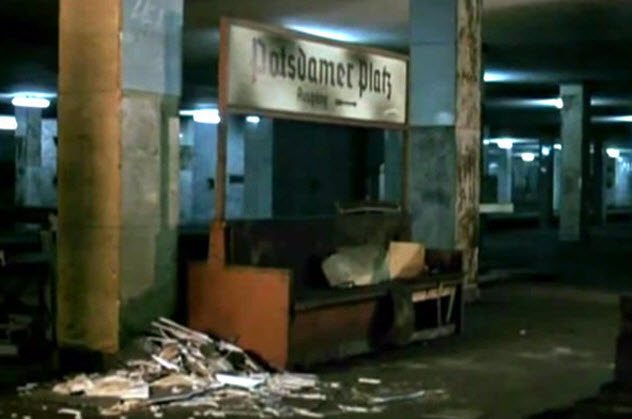 Although the Berlin Wall was aboveground, its effect was felt all the way to the subway under Berlin. Before the wall, the whole of Berlin shared the same subway. After the wall, both sides took possession of the stations and lines below their sides. This quickly became a problem because trains traveling between two points in West Berlin sometimes needed to pass through lines underneath East Berlin.

To prevent escapes and mingling among citizens of both sides, East Berliners were stopped from using the lines operated by West Berliners. The stations were sealed, and the tracks were surrounded with barbed wire and alarms to stop East Berliners who managed to enter the subway from boarding West Berlin trains.

West Berlin trains did not stop at the stations, either. The only East Berlin station at which they stopped was the Friedrichstrabe station, and it was intended for West Berliners traveling into East Berlin. West Berlin acknowledged the existence of the entire East Berlin subway, which it labeled “stations at which the trains do not stop.” On the other hand, East Germany removed them entirely from their maps. That way, they didn’t even exist.[5] 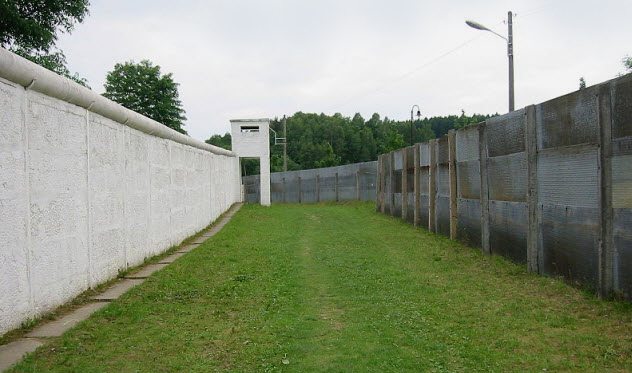 After the partitioning of Germany, the Tannbach river running through Modlareuth village in today’s Bavaria and Thuringia, Germany, was used as the border between the US- and Soviet-controlled zones. When the Inner German Border was built, it sliced through the village, dividing it between the two countries.

Initially, villagers did not understand the consequence of this because they could freely cross the border to visit family members in the other country. A wooden fence erected in 1952 partially restricted this freedom. Then, in 1966, this freedom was permanently restricted when the fence was replaced with 3-meter-tall (10 ft) cement slabs—the same type used to separate Berlin.

The wall made it impossible for villagers to move between the two countries, effectively cutting off families. In the West, the village was called “Little Berlin” because the wall was reminiscent of the way that the Berlin Wall had separated neighbors and families in Berlin.

However, the plight of the villagers did not end with the wall. East German authorities also added electric fences to the rear to stop prospective escapees from sneaking into the village to attempt to breach the wall. This quickly became a nightmare for the residents as it was difficult for them to leave the village.

Part of the wall is still standing today, complete with some watchtowers and guardhouses. However, the village remains split between two federal states.[5] 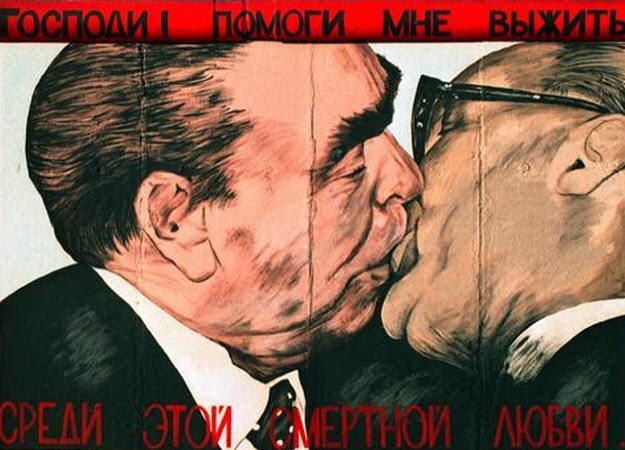 As we already mentioned, the Berlin Wall consisted of two parallel walls. The side closest to West Berlin immediately became a graffiti magnet after its construction. However, the side closest to East Berlin was left blank because East Germans were forbidden from venturing close to it.

After the fall of the Berlin Wall in 1989, several artists flocked to the East Berlin side of the wall to create graffiti. One of the most famous pieces shows Leonid Brezhnev, the former leader of the Soviet Union, in a deep kiss with Erich Honecker, the former head of East Germany. The graffiti is called The Kiss of Death and was painted by Dmitri Vrubel from the Soviet Union. He captioned it: “God Help Me to Survive This Deadly Love Affair.”

The image was a recreation of a picture taken in 1979 when both leaders kissed to celebrate the 30-year anniversary of East Germany’s formation. This “fraternal kiss” was actually common among members of Communist states. There is a joke that Brezhnev said of Honecker after the kiss: “As a politician, rubbish . . . but what a good kisser!”[6] 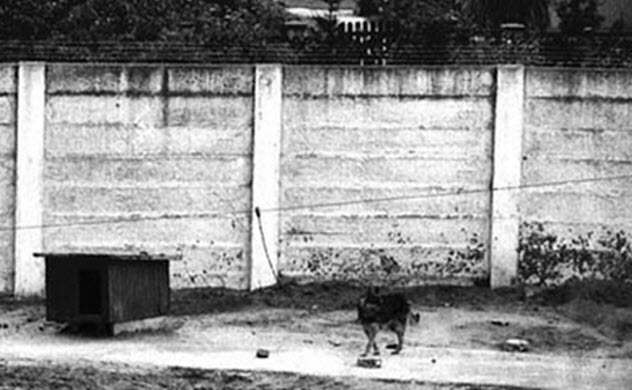 The “death strip”—the space between the two parallel walls of the Berlin Wall—was called that for good reason. It was heavily secured with elaborate measures, including thousands of ferocious animals called “Wall dogs,” to stop any escape.

The German shepherd was the dog of choice, although other breeds such as the Rottweiler, Great Dane, and griffon were also used. No one knows how many dogs were there. Some accounts mention 6,000 while others go all the way up to 10,000.

The dogs did not roam freely inside the strip. Instead, each animal was tethered to a 5-meter-long (16 ft) chain that allowed it to run in any direction. The chain was attached to a 100-meter-long (330 ft) cable that only permitted the dog to run parallel to the wall. That way, the dogs would remain in front of and stall an escapee until the guards arrived.

After the fall of the Berlin Wall, the dogs were put up for adoption in East and West Germany. However, West Germans were skeptical about adopting the dogs as the media had already promoted them as dangerous beasts that could tear a man to pieces.

Although the Animal Protection Union in Germany supported the adoptions, they were concerned about some people taking the dogs as live souvenirs of the Berlin Wall. They did not want the animals to be euthanized, either. However, they offered to provide the chemicals for euthanasia if that ever became necessary because it was a better option than East Germany’s standard method of killing animals by electrocution.[7]

3 Margaret Thatcher And Francois Mitterrand Wanted The Wall To Remain 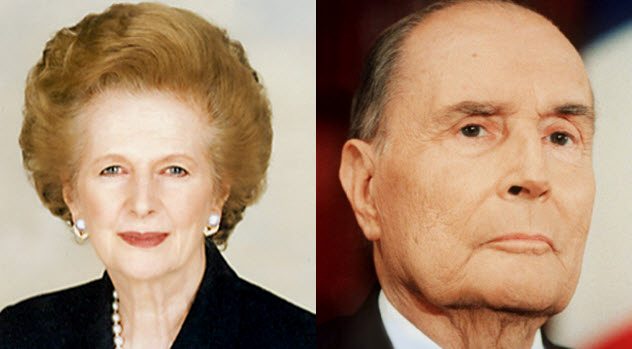 Initially, UK Prime Minister Margaret Thatcher and French President Francois Mitterrand did not support the destruction of the Berlin Wall and the reunification of Germany. Thatcher was the more publicly vocal of the two. When talks about reunification were in high gear, she said, “We beat the Germans twice, and now they’re back.”[8]

Thatcher went to great lengths to stop the process and even tried to sway the UK government to her side. (They did not agree with her.) When she realized that she could not stop it, she proposed that Germany be reunified after a transition period of five years instead of at once.

Mitterrand was concerned about the people he called “bad Germans.” He also feared that a reunified Germany would be too influential in Europe, even more than Adolf Hitler had been.

When Mitterrand realized that his opposition would not stop the reunification, he changed his stance and started supporting it. However, he also supported Thatcher in her opposition. Mitterand held the opinion that Germany could only be controlled if it was made to join a European body—you know, like the European Union.

2 A Forgotten Part Of The Wall Was Recently Discovered 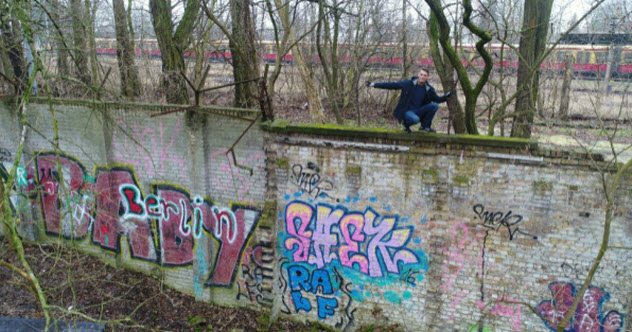 A good chunk of the Berlin Wall was demolished in 1989. The remaining parts deliberately left standing are relics of the partitioning of Germany. However, one part of the wall was forgotten until it was rediscovered in 2018. The existence of the 80-meter (262 ft) stretch of wall in Schonholz (a suburb of Berlin) was unveiled by historian Christian Bormann.[9]

In a blog post published on January 22, 2018, Bormann revealed that he had actually discovered the wall in 1999 but decided to keep it a secret. He only revealed its existence over concerns that the wall was in a serious state of disrepair and might collapse. The wall’s hidden location in a shrubby area between railway tracks and a cemetery is the primary reason why it was forgotten.

How Germany Is Still Divided By East and West

The partitioning of Germany and Berlin was more than just the construction of walls. It was an ideology, and its effects can still be felt today. For one, West Germany was capitalist while East Germany was communist. This alone affected each country’s politics, how they were run, and how successful they were.

One can even distinguish eastern Berlin from western Berlin in an unedited photograph taken from the International Space Station by astronaut Andre Kuipers in 2012. It clearly shows the former East Berlin with yellow lighting and the former West Berlin with green lightning. The stark difference was the result of the type of streetlights used in both countries. The lights in western Germany are more environmentally friendly than those in eastern Germany.

The consequence is that job seekers from eastern Germany prefer migrating to western Germany to find work. While this has reduced the unemployment rate in eastern Germany, it has also created a brain drain, leaving companies there to turn to Poland and the Czech Republic for workers.

Eastern Germans also have bigger farms and are more likely to be vaccinated against flu and to sleep inside tents at camps. In contrast, western Germans are likelier to sleep in trailers. This is because West Germans had more disposable income and could afford certain luxuries that East Germans could not.