Reptilians. Lizardfolk. Sauroids. These are just some of the names associated with this alien race conspiracy.

While some dismiss it as nonsense, a growing number of believers are eager to share their knowledge of reptilians living among us. These creatures disguise themselves as humans and often hold positions of power in the world’s governments.

Here are 10 disturbing facts about the reptilian conspiracy that you may not know. 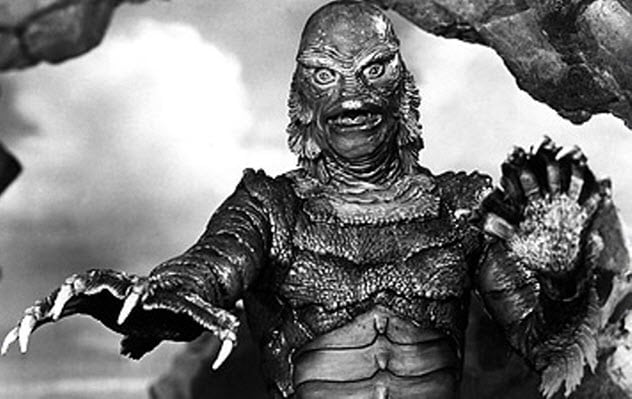 In July 2009, the Time list included details about reptilians’ appetites for human flesh, their responsibility for numerous terrorist attacks, and their ultimate desire to enslave the human race. Also mentioned are a few high-ranking politicians believed to be reptilians.

On a trip to ancient Inca ruins in 1991, Icke experienced an intense spiritual experience that he described as a complete change in his state of consciousness. He described a state of intense pure energy and claimed to hear voices that whispered hidden truths.[2]

He emerged convinced that he was the new incarnation of Jesus Christ, and his insistence on wearing only the color turquoise came from his belief that it would allow the continuous flow of positive energy through him. He could then channel that energy more easily toward researching the extent of the reptilians’ rule over the world.

8 You Could Be Half Reptilian And Not Even Know It 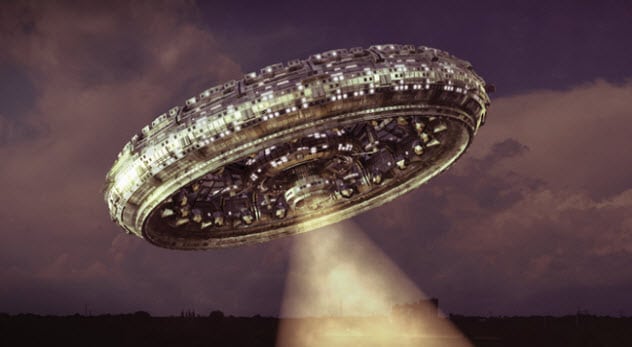 Or you could at least be part of the reptilian bloodline. Reptilians have been crossbreeding with select, unsuspecting humans for millennia to create desired “elite” bloodlines that they can use to covertly control the world.

DNA from reptilians has passed down through generations, and some crossbreeds even begin life as full-blood humans. At later points in their lives, they’re taken away to have reptilian DNA mixed with their own. They’re returned to their normal lives with no memory of it.

Die-hard reptilian believers offer this as the real explanation behind UFO abductions and strange disappearances in which the person returns unable to recall what happened.

Some signs that a person may be a reptilian/human crossbreed include a high level of personal charisma, pronounced artistic talent, and intense, vivid-colored eyes. The most common eye colors among them are hazel and green, though sometimes bright blue as well. Some have eye colors that seem to change in different lighting as well as low blood pressure.[3]

Human/reptilian hybrids have distinct personality traits as well, such as a deep sense of caring about the state of the world. Those who have been taken and changed into reptilian crossbreeds often feel a profound sense of separation that they no longer completely belong to the human race. As widely reported in alien abduction cases, many of them have unexplained and odd scars on their bodies.

7 Reptilians Only Let Us Humans Think We’re In Charge 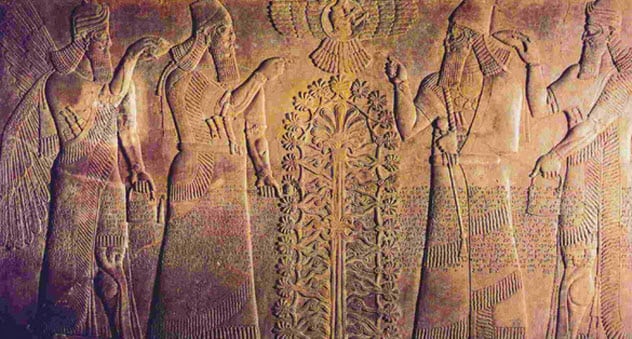 The master race of full-blood reptilians has been on Earth since ancient Babylonian times. Their original species was called Annunaki, and they inhabit underground cities below the Earth’s surface.[4]

Through both their telepathic abilities and energies drawn from the Moon, they’re able to create the intricate holographs we humans interpret as our reality. Through mind control, the Annunaki have always given the human race our senses of freedom and power.

David Icke has also reported in detail about how the reptilians spread their bloodline throughout the royal families, owners of the world’s banks, and heads of the biggest worldwide corporations. Interbreeding among the royals and unions only between certain families have kept the reptilian bloodlines strong ever since the days of ancient Babylon.

6 Reptilians Came From Both Other Planets And Other Dimensions 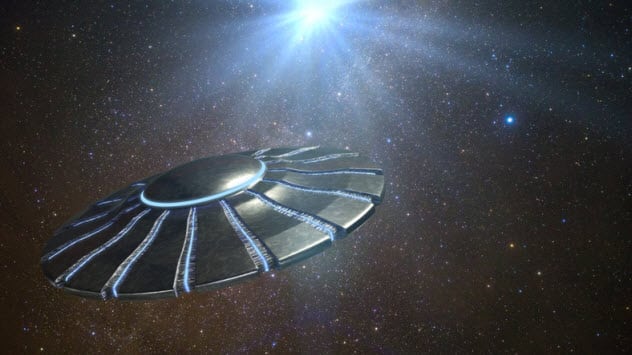 Annunaki reptilians traveled to Earth from the solar systems surrounding the stars Draco and Zeta Reticuli. They’re also capable of travel between different dimensions of time and space. This allows them even further control over the false realities they want us unwitting humans to accept as our day-to-day truth.[5]

When the first reptilian master race colonized Earth, they already had the technology to create hybrid offspring with humans through direct manipulation and fusion of DNA. 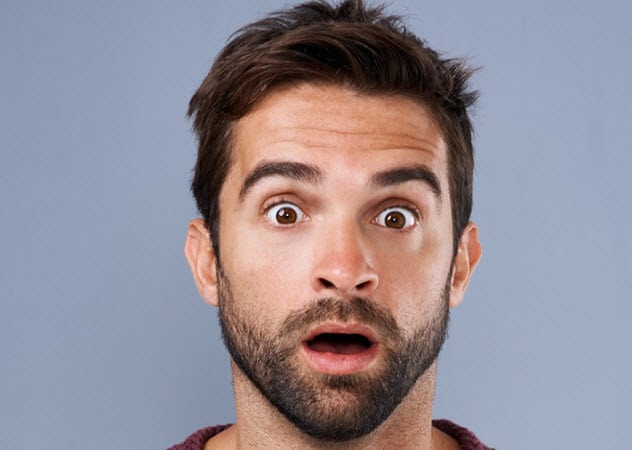 Along with their fondness for drinking human blood and cannibalistic ritual sacrifice, reptilians also hunger for negative emotional energy. To draw on it, they strive to keep the human race in a collective state of fear and uncertainty.

We only need to look at world events that we believe are the causes: Natural disasters, political instability, and threats of war are just a few examples. These are examples of the reality the reptilians want us to believe. The world’s leaders, who are shape-shifting reptilians, only fuel this fear with the messages they convey to the public.

Uncertainly and fear make the human population much easier to control. Most will latch onto whatever their leaders say is the answer. The subterranean reptilian population is able to orchestrate any natural disaster when they feel the need to ratchet up human fear, including hurricanes, tornadoes, and tsunamis. The full-blooded Annunaki reptilians are also believed to be responsible for setting major terrorist attacks in motion, 9/11 being only one example.

When full-blooded members of the reptilian master race shift into their human form and spend time on the Earth’s surface, humans with reptilian DNA in their blood are sometimes able to sense the full-blood reptilians’ true identities when they encounter them. Those who have reptilian blood may feel fearful or uneasy for no apparent reason when they have any contact with a member of the master race.[6]

True believers in this conspiracy predict that the reptilians will eventually spend more time among us and keep occupying more positions of power until the human race bends completely to their control. This physical and mental control of the human population will only be strengthened as the reptilians continue to create hybrids to spread the Annunaki bloodline further across the globe. 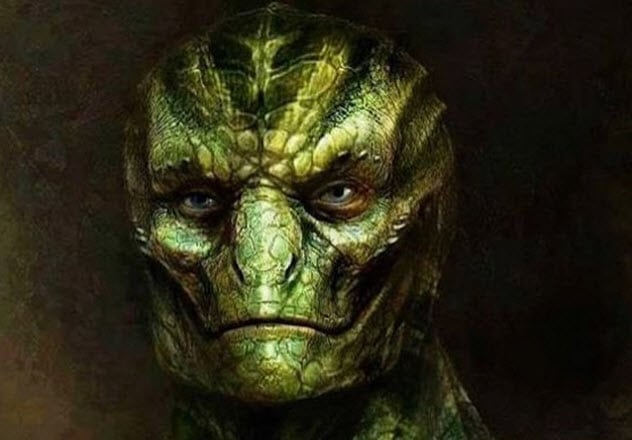 If you think reptilian DNA will give you cool superpowers, think again. If you have it, you’re most likely doomed to enslavement by the full-blooded master race. The only reason you were either born or engineered as a crossbreed is to further those plans.

The more reptilian DNA in your blood, the easier it is for them to make telepathic connections with your mind without your conscious knowledge.[7] High-ranking national leaders and corporate executives are some of the likeliest suspects to have reptilian DNA in their blood.

Whether you were born with reptilian DNA or were taken away to have your human DNA fused with it, you may start feeling a sense of isolation from the rest of the human race. Those who belong to the reptilian bloodline often feel a profound sense of concern for the ultimate fate of the planet, which is completely understandable given the plans of the full-blooded reptilian race.

3 Reptilians Are The Real Founders Of Every Secret Society 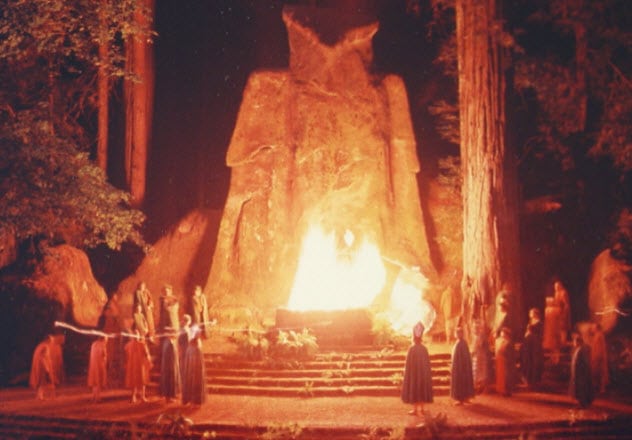 Exclusive secret societies such as the Illuminati have been subjects of mystery for centuries. The lore created about them is made up to disguise the fact that all of them originate with the reptilians.

Probably the most notorious of these secret ritual meetings takes place every summer at Bohemian Grove in Northern California. The rites of blood sacrifice are reportedly to satisfy reptilian appetites that are understandably kept hidden from the public eye.

The exclusive club of the same name can be joined by invitation only, and even guests at the Bohemian Grove Camp must go through a strict screening process. Members include high-ranking Wall Street bankers, corporate CEOs, and former US presidents.

Security is very tight around ceremonies and rituals taking place at Bohemian Grove, leaving outsiders with much reason for curiosity and suspicion. A brave few people have attempted to sneak out hidden videos of these secret rituals, but the poor quality of the footage has raised more questions than answers. The conspiracy theories surrounding Bohemian Grove deserve a list all on their own.[8]

2 Reptilians Shape-Shift Into Any Human Form 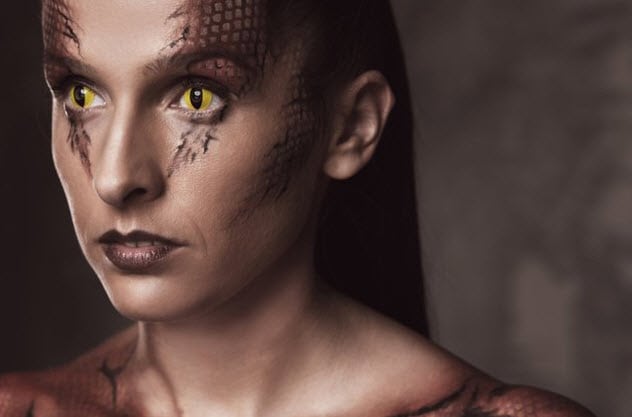 Not always staying in their subterranean cities, reptilians easily assume the form of humans to further infiltrate and influence the state of our world. Whether only full-blood reptilians can shape-shift is open to debate among conspiracy believers. Some report that crossbreeds are also capable of it.[9]

Reptilian conspiracy theorists have also posted countless videos of supposed “slips” in a reptilian’s human disguise that is caught on camera. Many of these clips are of popular celebrities, which leads skeptics to easily dismiss them as mere dislike or disapproval of the celebrity on the part of the conspiracy theorists.

To a neutral viewer, these slips simply appear as shifts in the lighting, abrupt changes in facial expressions, or other mundane occurrences.

1 Knowledge Of The Reptilians Will Be Their Defeat 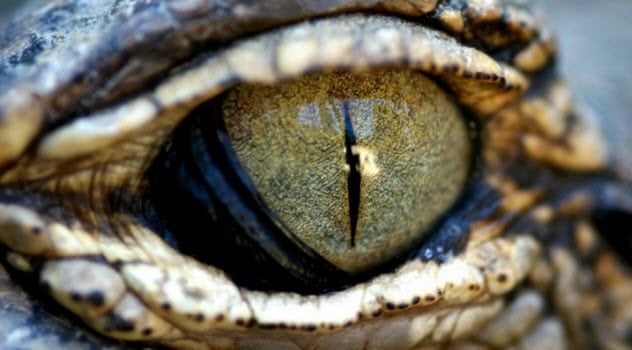 David Icke writes in several books that reptilians’ ultimate goal is to enslave the human race physically and mentally. Despite their powers, reptilians aren’t invincible. The more knowledge we humans have, the better we’ll be able to recognize signs of them among us and see the truth behind the false reality.[10]

When the reptilians are defeated in a distant future, the human race will rise to a higher level of spiritual consciousness. Icke draws from several aspects of New Age philosophy to make oneself more receptive to this knowledge.

His longtime practices have included balancing of the body’s chakras, the drawing on crystal energies, and the drinking of hallucinogenic ayahuasca. Despite being the object of ridicule from the mainstream media and even from other conspiracy theorists, David Icke maintains a loyal and growing following to this day.

My YouTube channel is https://www.youtube.com/channel/UCNJ_ZzAOV7qLdH3TbkuhyoA?view_as=subscriber. I narrate scary, bizarre, disturbing, macabre stories. They can include ghosts, cryptids, unexplained disappearances, psychotic stalkers, the dark web, social media horror stories, and that’s only a taste of it.

Read more bizarre stories of reptilians and other aliens on 10 Modern-Day Sightings Of Reptilian Humanoids and 10 People Who Claimed To Have Sexual Encounters With Aliens.