How hard can it be to build a colonial empire? You jump on a boat, make friends with the natives (then butcher them into compliance), build a few houses, plant a few seeds, add water, and bingo! You have your very own USA, complete with Disneyland, Apple, and McDonald’s.

As easy as it seems, it turns out that many DIY colonial ambitions fell foul along the way, either from conflict, disease, financial infeasibility, or perhaps even otherworldly powers. What follows are 10 examples of colonial enterprises that ended in failure. 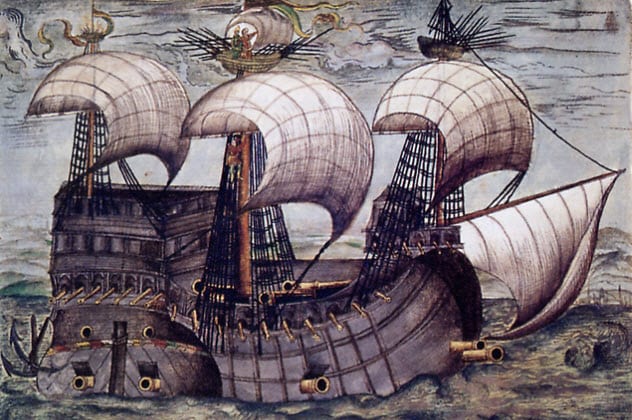 Indebted to the Welsers, a prominent German banking family from the early to mid-16th century, Spain granted colonial rights to a German enterprise to establish a colony in what is today Venezuela.

Bent on finding the lost city of El Dorado, German colonists, with the help of some African slaves, faced tropical disease, surprisingly angry natives (turns out native people don’t like being poked and prodded by sunbed-hogging Europeans), and a particularly incensed conquistador who sought to establish Spanish dominance over the region with a sword to the back of the neck of those pesky German adventurers.[1]

With the death of Spain’s Charles V (who had granted the Germans the colony) and Spain’s own ambitions in the region, Little Venice became no more. In the end, it turns out that the Germans were after the wrong color of gold. A few centuries later, El Dorado was discovered, but it was underground in the form of oil. 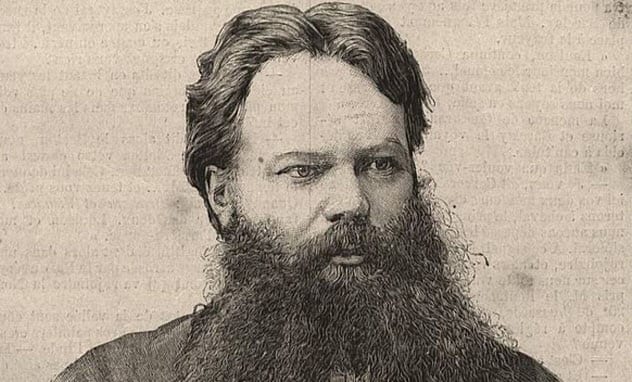 What do you do if all your European friends carve up the continent of Africa and don’t give you a piece of the pie?

Well, for one Russian adventurer, Nikolai Ivanovitch Achinov, you just turn up, whack a flag in the ground, and wait for that sweet, sweet empire money to roll in. That is, of course, if you didn’t just rock up on the nascent territory of French Djibouti and you lacked any support from your own government.

When the French authorities discovered the location of Russian Sagallo, they welcomed their neighbors with some good old-fashioned gunboat diplomacy. Killing not only a few Russian settlers, but any Russian ambition on the continent.[2] 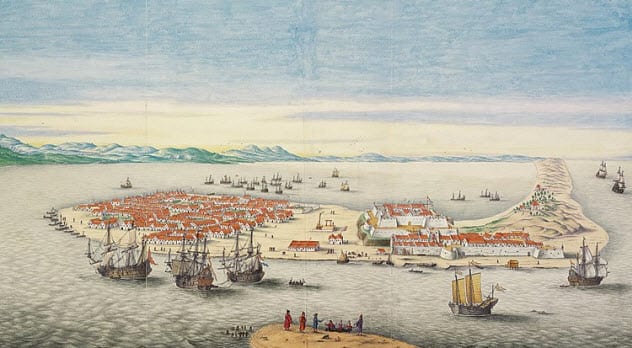 Known today as Taiwan, this turbulent little island has enjoyed its fair share of imperial ping-pong (with Taiwan being the ball). Aside from the contemporary controversy between Taiwan and mainland China and while many remember it as part of the former Empire of Japan, few remember little old Dutch Formosa.

In a bid to bring peace and harmony to the then-native Formosans (just kidding, to exploit trade with China and Japan and drive a wedge between Spanish and Portuguese ambitions in Asia), the Dutch East India Company slowly but surely brought much of the southern half of the island into the Dutch sphere of influence.

Economic growth on the island didn’t stop uprising after uprising, from the natives to the Han immigrants brought over by the Dutch. Ultimately, however, it was the Dutch attempt to curry favor with the rising Qing dynasty in China that saw it fall foul of a superior (albeit declining) Ming dynasty that put an end to Dutch colonial ambitions on the island.[3] 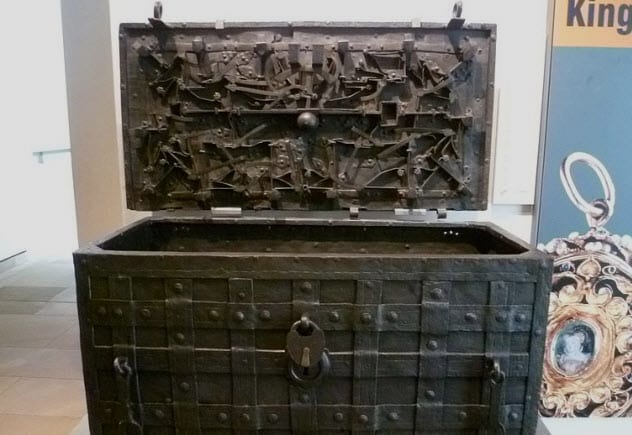 Up to this point, we’ve checked in with some of the heavy hitters of the colonial game. Now for an underdog (and in the end, a complete failure)—Scotland! Scotland doesn’t seem like the likeliest candidate for imperial glory, and sadly for Scotland, it wasn’t a candidate for long.

The scheme—hoping to turn Scotland into nascent trading power—involved establishing a colony in what is now Panama to ship, over land, goods from the Pacific to the Caribbean, and vice versa. The Scots, however, faced all the usual hardships of establishing a colony—supply issues, disease, and rival pressures.

Ultimately, the whole affair was a disaster!

England refused to support the Scots for fear of angering the Spanish, who were dominant in the region. The first attempt to establish a colony resulted in the deaths of most involved and the abandonment of what had been built. The second attempt was put to an end by a Spanish force of arms.

In the end, the Scottish people were left humiliated, economically weak from the endeavor, and prime for the taking by their English neighbors.[4] 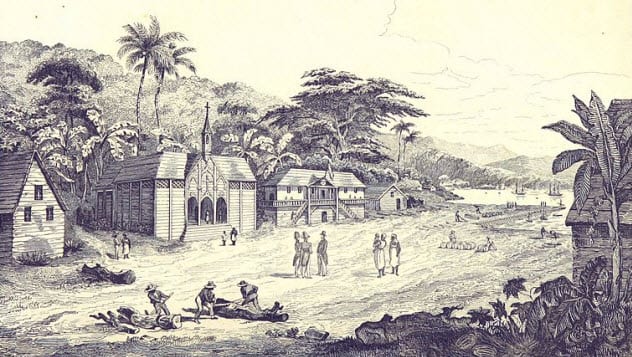 Just because Scotland was an unlikely candidate for colonial success doesn’t necessarily mean size matters. In the colonial era, it was very much the nail you were hitting rather than the size of the hammer, if you get what I’m saying. Take Belgium, for example. You could lose Belgium in its Congolese possession many times over! But that’s not to say that Belgium’s success in one endeavor was indicative of its success in all.[5]

Santo Tomas was a Belgian colony in Guatemala that was authorized this time by the local government after a failed British endeavor. However, disease took its toll on the inhabitants and made the colony financially ruinous, leading to the Belgian abandonment of the enterprise.

Don’t feel too bad. Belgium’s later track record in the Congo proves that just because you’re a small country doesn’t mean you can’t slaughter the natives like the big boys. 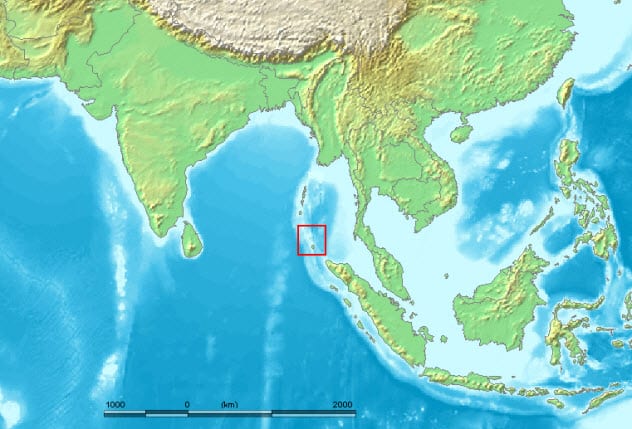 While some states might surprise you in their colonial success, others may amaze you with their colonial failures. It is easy to see on first glance how many may be shocked that the mighty Austro-Hungarian Empire had few to no colonial possessions, but on a deeper exploration, it is boringly unsurprising.

A lack of a mighty fleet, prime real estate for conflict in Europe, and what appears to be either unrivaled insight or a fool’s hope of turning a barren rock into a mighty trading post ultimately led to the complete failure of Austria’s Indian Ocean dream. Low supplies, disease, and a complete lack of enthusiasm on the side of the Austrian government led to the colony’s abandonment in 1783.[6] 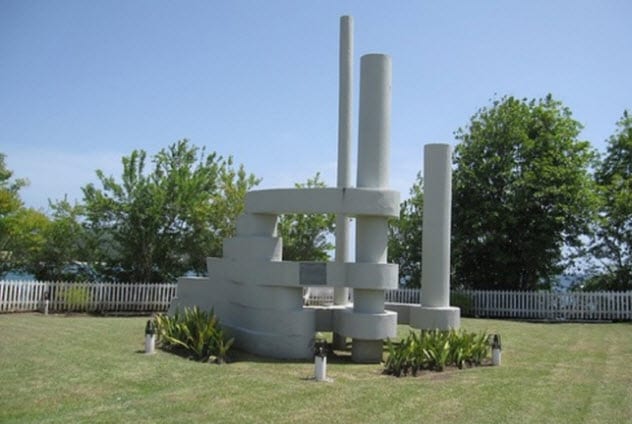 Courland, a small vassal state of what was then Poland-Lithuania, was another example of the little country which could-n’t! From 1639 to 1690, this small but wealthy state attempted to realize its imperial ambition by establishing a colony on the island of Tobago in the Caribbean.

However, like much of the Americas at this time, little Courland was sneaking in the back door of Spain, which was eventually hoodwinked after thwarting a number of attempts. Courland established the foundation of the mighty imperial colonial Empire of Courland.

However, the empire was thwarted by angry locals and the fledgling colony was swiftly abandoned . . . until the empire struck back! But then the empire was again defeated, but this time by the Dutch. They had also begun colonizing Tobago and would eventually conquer the Courlanders.[7]

Until, of course, the empire struck back once more! But this time, the Spanish forced them off.

By this point, Courland’s nascent dreams of world domination were beginning to mirror George Lucas’s CGI Jabba. (Why, George? WHY?!) Several more fruitless attempts at establishing a colony on Tobago eventually led to George Lucas getting the message and just selling Star Wars to Disney and letting someone else have a go at ruining the franchise . . .  I mean, led to Courland finally throwing in the towel on its fun in the sun. 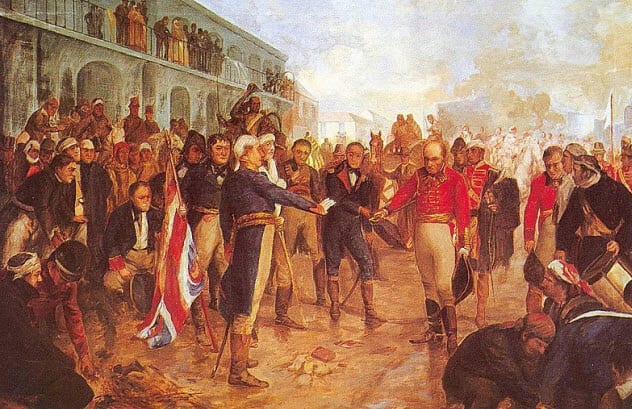 While not really a colony but an attempt to create one, the British invasion of the River Plate in what would become Argentina is a notable attempt by the largest empire ever to exist to try and establish a notable presence in the South American continent.

Coming quite late to the colonial game in South America, Britain had hoped to take advantage of a pre-occupied Spain (which had its navy smashed at Trafalgar in 1805) and finally create a notable presence on the continent. However, rather than angry natives and disease to grind any hope of establishing a colony to dust, the British were met with a large local militia with nascent dreams of independence and no desire to bend the knee to yet another largely absent European Crown.

While making initial inroads against the locals, the invading British force found itself overwhelmed by the irregular force, taking heavy casualties and met with stern refusal to accept a cease-fire. The British eventually surrendered. But in their wake, they left a burning desire for independence from a Spain that had long since passed its prime.[8] 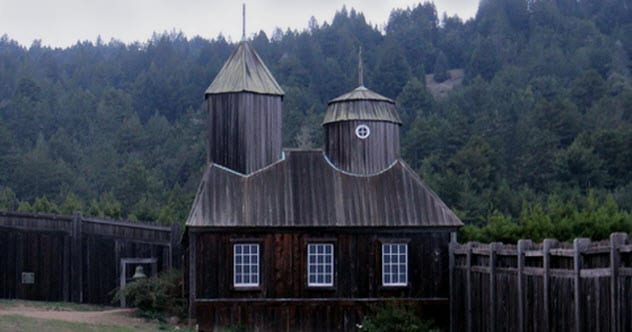 Long before San Francisco was known for its exorbitant house prices and its tendency to lean so far to the left that the Statue of Liberty has to hold on to the side of the East Coast as if it was going down like the Titanic, Mother Russia once enjoyed a little slice of California not too far from the city.

Far from any other Russian holdings, Fort Ross was established to provide food to Russian Alaska and to take advantage of what was perceived to be rich hunting grounds for sea otters. However, trade deals between Russia and Britain and an all-too-late-realized free-for-all on sea otters in the region turned Fort Ross into an economic black hole.

The colony was eventually sold by the Russians, just like Alaska would be. And just like Alaska, the new tenants would later find considerable wealth where those unlucky Russians found ruin.[9] 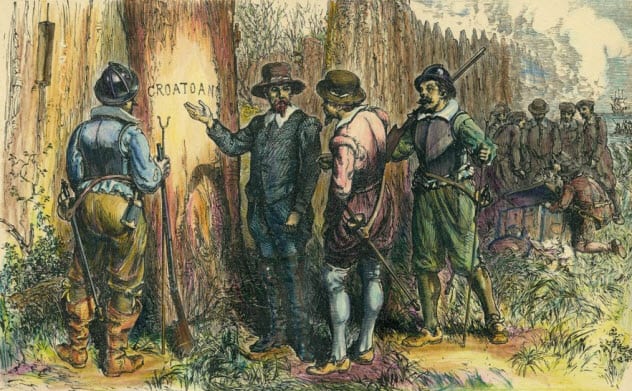 No list on colonial failures would be complete without this conspiracy-filled, cautionary tale of colonial intrigue.

The Roanoke story is well-known. An English colony was found abandoned with only the word “CROATOAN” left behind. Historians are divided on whether the colony was massacred by the natives, whether disease led to its abandonment, or even whether the settlers assimilated into the local population.

Regardless, the story of the Roanoke colony is a good illustration of the true risks involved with abandoning life in one’s mother country and going all in on the hope of establishing a new life in an exotic, faraway land. Looking back, it’s easy to fall for such a romantic thought, but the reality for those involved must have felt more desperate and uncertain than exciting and assured.[10]

John is a pursuer of all things interesting and meaningful.