If you’ve been too busy this week to stay up-to-date with all the latest stories, Listverse has got you covered. Over here, you can find a rundown of all the serious, important stuff that’s happening in the world. And if you read on, you can learn about the more bizarre and unique stories that took place this week.

Does cheese like Led Zeppelin? Did the Gauls embalm the heads of their enemies? Can a donkey sing opera? These are the questions that will be answered today. We’ll also take a look at a US Navy LSD ring, a feud between the Scouts, and a few space ideas that are pretty “out there.” 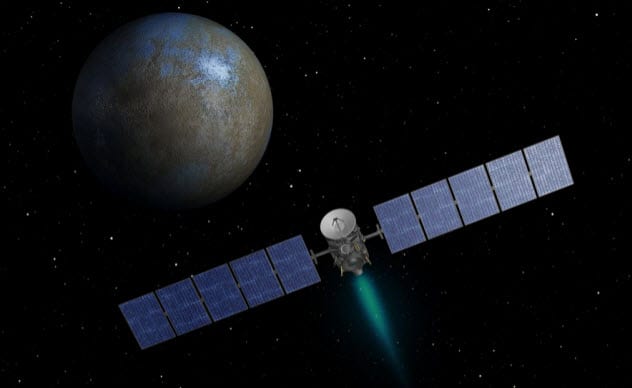 On November 1, NASA announced that the Dawn spacecraft has ended its mission as it ran out of hydrazine fuel. At the moment, it is orbiting around the dwarf planet Ceres in the asteroid belt.

The Dawn space probe was launched in September 2007. It had a planned mission duration of nine years, but it lasted for over 11 years. In that time, it reached several notable milestones such as being the first spacecraft to visit either Ceres or Vesta, the first to orbit two extraterrestrial objects, and the first to visit a dwarf planet.

This came just two days after NASA announced that the Kepler space telescope had also ended its mission. The prolific planet-hunter ran out of fuel and was no longer capable of reorienting itself or transmitting data back to Earth.[1]

As if that’s not enough, it’s not looking good for the Opportunity rover which has been silent since June when it was caught in a massive dust storm on Mars. NASA has been trying to contact the rover since September, and its initial 45-day deadline ended weeks ago.

However, scientists remain hopeful that Martian winds could blow the dust off Opportunity’s solar panels and the rover could come back to life. They will continue trying to make contact and reassess the situation in January. 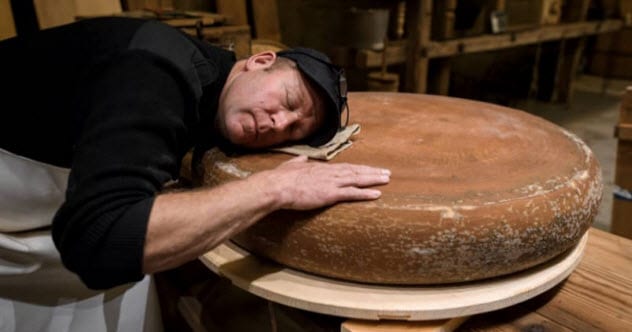 In the Swiss town of Burgdorf, a cheese-maker with the appropriate name of Beat Wampfler is testing to see if music can improve the cheese-producing process.

In his cellar, Wampfler has nine open wooden crates with wheels of Emmental inside. The cheese has been left to mature and won’t be ready for tasting until next year, but there is a unique component to its development.

Each crate has a set of speakers inside playing a different genre of music. They include classic works like Mozart’s The Magic Flute as well as contemporary masterpieces courtesy of Led Zeppelin and A Tribe Called Quest. Wampfler is eager to see if music can influence the development, characteristics, or flavor of the cheese.[2]

His project has attracted the attention of the University of the Arts in Bern. Its music director, Michael Harenberg, admitted skepticism at first. But he realized that the work falls under the field of sonochemistry, the study of how sound waves can affect chemical reactions.

The experiment will conclude on March 14 when a panel of expert tasters will sample all the cheeses to see if music made a difference. Wampfler doesn’t know which one will win but hopes that the hip-hop cheese will be the tastiest.

Harriet has become quite popular online for her singing, which many people have likened to parts from Madame Butterfly. She can perform a G note with almost perfect vibrato. Okay, it might not sound particularly impressive, but there is one thing to consider—Harriet is a donkey.

Harriet lives in Connemara in western Ireland. Stephen McGrath adopted her when she was just two years old, and she has become quite well-known around her village for the “peculiar” noises she makes. Locals say she could never “hee-haw” like a regular donkey. She would try, and nothing would come out. So, eventually, she adapted and became the songstress we know today.[3]

Martin Stanton, one of McGrath’s neighbors, has visited Harriet multiple times over the last few years but only recently decided to catch her performance on camera. The donkey saw him, and the promise of a treat was enough to make her burst into song.

The service lasted between Wednesday and Friday. Anyone who wanted to take advantage of it had to send a request with their contact details to [email protected]

6 Should We Turn On The Porch Light? 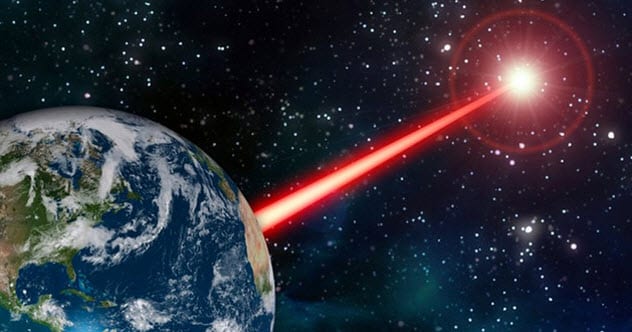 A team of researchers from the Massachusetts Institute of Technology (MIT) believes that we could use lasers to attract the attention of aliens looking for life in the universe.

They call the project a “planetary porch light,” and it could be accomplished using current technology. It would require a 1- to 2-megawatt laser focused through a telescope 30–45 meters (100–150 ft) in diameter. Although no such telescope exists on Earth at the moment, the Extremely Large Telescope (ELT) is currently being built in Chile and should be ready by 2024.

The idea is that a laser of this size would be powerful enough to stand out from the background energy produced by the Sun and act as a beacon. Any alien astronomer studying our solar system would be able to see that the light is not a natural occurrence. Scientists believe the laser could even be used to send rudimentary messages into space similar to Morse code.

One of the researchers involved, astronautics graduate student James Clark, stressed that this was only a “feasibility study.” It suggested that such a project could be done, but it didn’t argue that it would be a good idea.[5]

5 Three Sheets To The Wind 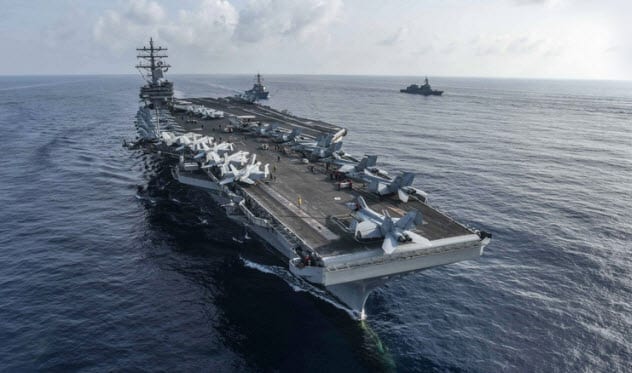 Over a dozen sailors aboard the nuclear-powered supercarrier USS Ronald Reagan have been charged in connection with an LSD ring.

It all started with Andrew Miller and Sean Gevero, two sailors who are going to court-martial for using and distributing the hallucinogenic drug. During the probe, investigators found that many other seamen were involved. Ten sailors were disciplined on LSD-related charges, and another three are still waiting to be charged. All of them worked in the vessel’s nuclear reactor. Only one sailor was disciplined from another department.[6]

Spokesman Lieutenant Joe Keiley said that USS Ronald Reagan leadership reviewed the work performed by the men while possibly under the influence of LSD but found no errors. He assures us that the nuclear reactors remain safe. As the carrier is stationed in Japan, Japanese authorities have also conducted a separate investigation to determine if the US sailors were being supplied LSD by local citizens. 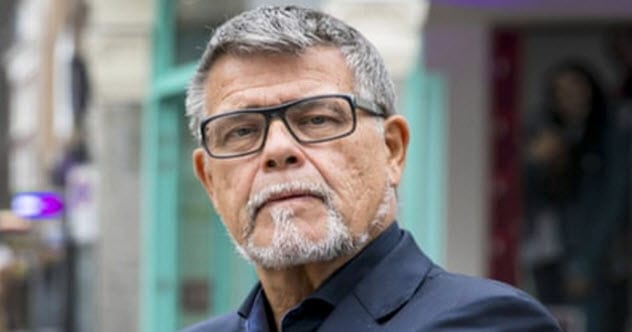 Dutch motivational speaker Emile Ratelband has started a legal battle to officially declare himself 20 years younger. He wants this so that he will be more successful on the Tinder dating app.

Momentarily, the “positivity guru” is 69 years old. However, he feels much younger than that. According to Ratelband, his doctors told him that he has the body of a 45-year-old. Therefore, he wants his date of birth to be legally changed from March 11, 1949, to March 11, 1969.

Ratelband believes that a younger age will open up more opportunities for him. He will be able to obtain more work, buy a new house, and drive a different car. More importantly, though, he will get more answers on Tinder.[7]

The motivational speaker had a court hearing in Arnhem during which he equated his wish to change his date of birth to people who have successfully changed their genders. The judge conceded that this is a new development in law that would have been deemed impossible years ago. The court is expected to make a ruling within the next few weeks. 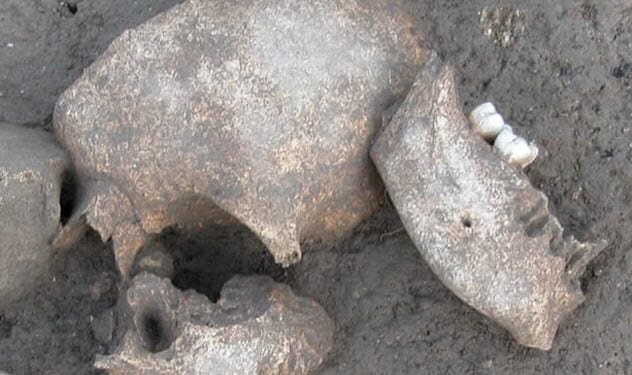 New research confirmed a grisly legend about the Gauls, namely that they liked to embalm the severed heads of their enemies.

After a victorious battle, Gaul warriors would chop off the heads of their foes and hang them around the necks of their horses for all to see. According to ancient texts, though, the Gauls went a step further and even embalmed the heads with cedar oil. We had no evidence of this practice until now. Scientists studied Iron Age skulls found at the French settlement of Le Cailar and discovered traces of conifer resin on them.[8]

A team led by Rejane Roure from Paul Valery University of Montpellier tested 11 human skull fragments alongside animal bones from the region that acted as a control. They found common traces such as fatty acids and cholesterol, but six skull fragments had vestiges of substances called diterpenoids. They were not found on any animal bones and were a telltale sign that the skulls had been in contact with conifer resin.

These tales of embalming date all the way back to Greek writers like Strabo and Diodorus of Sicily. While both mentioned cedar oil being used, it is still unclear if that was the case or even if cedar trees grew in that part of Europe back then.

2 Oumuamua Back At It Again 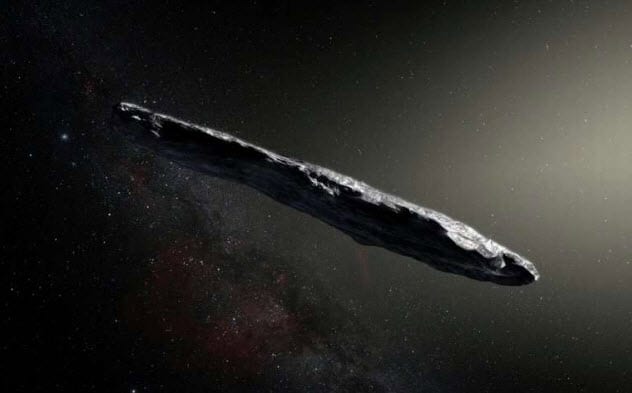 The scientific community got thrown into a tizzy this week after a controversial paper discussed the possibility that Oumuamua could be an alien probe.

The paper belonged to researchers Shmuel Bialy and Avi Loeb from Harvard Institute for Theory and Computation. The two scientists discussed Oumuamua’s curious rapid acceleration which had defied the norm. The space rock made headlines last year when it became the first interstellar object detected in our solar system. Since then, astronomers have hotly debated exactly what Oumuamua is.

One of the most curious traits of the object is that it is accelerating away from the Sun at a faster rate than expected. The bulk of the recent paper talks about the possibility of solar radiation pressure being the driving force behind this anomaly. However, toward the end, Loeb and Bialy propose “a more exotic scenario” which argues that Oumuamua is a probe sent to our solar system by an alien civilization.[9]

Unsurprisingly, this idea grabbed a lot of headlines—to the annoyance of the scientific world. The controversy stemmed from the fact that the paper was a preprint of the article, meaning that its publishing was moderated by experts but not peer-reviewed. Many other scientists have dismissed the hypothesis. Even Bialy said that he doesn’t believe it because there is no solid evidence.

1 How To Get The Trademark Infringement Badge 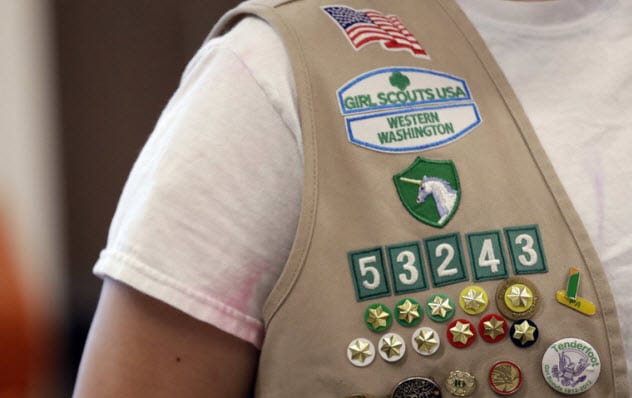 The Girl Scouts of the United States of America (GSUSA) is suing the Boy Scouts of America (BSA) for trademark infringement following the latter organization’s decision to drop the word “Boy” from its name.

With girls becoming eligible to earn the same ranks in the Boy Scouts as boys, the company plans to change its name to Scouts BSA in February 2019. However, the Girl Scouts asserts that this leads to brand erosion for them and confusion between the two organizations. Already, the complaint alleges, families, schools, and local communities are erroneously being told that the Girl Scouts no longer exists or that it has merged with the Boy Scouts.[10]

Although the BSA was founded first (in 1910), the GSUSA claims exclusive rights to the “Girl Scouts and Scouts trademarks with leadership development services for girls.” Therefore, actions such as the BSA’s recent “Scout Me In” campaign are damaging to the GSUSA’s intellectual property and marketplace value.