The Third Reich, under the dictatorship of Adolf Hitler, ruled Germany for 12 years. Their reign of terror changed the world forever.

Many Germans were deceived by Hitler. In the early years, they embraced him as the savior who would pull Germany out of a long economic depression and make their country great again. There was a lot of emphasis on national pride. The Nazi Party promised young Germans a new future in a brand-new Germany, and millions of children eagerly joined the Hitler Youth and similar clubs. Not only were the outings fun, but the youth enjoyed wearing uniforms, waving flags, and earning badges.

But not all of the young people in Germany and other Nazi-occupied areas were deluded by the propaganda. In a time when free speech could have deadly consequences, some wrote and distributed pamphlets denouncing the Nazi regime. Others hid Jews or spied for the underground. Some even stole weapons and sabotaged Nazi operations.

Here are their stories:

In 1939, the Nazis passed a law banning all foreign radio broadcasts, even threatening people with execution for listening to the British Broadcasting Corporation (BBC) and other Allied broadcasts.

In 1941, 16-year-old Helmuth Hubener (center above) began secretly listening to the BBC. As he listened to British war reports and compared them with German reports, he discovered that he had been deceived. The BBC reported victories and defeats on both sides of the war. The German news only reported German victories.

He held a secret after-hours meeting with his two best friends, Karl-Hinz Schnibbe (right above) and Rudolf Wobbe (left above). All three were fascinated by the broadcast. Helmut located a typewriter, carbon copy paper, and a swastika stamp. He wrote essays including “Hitler the Murderer” and “Do You Know That They are Lying to You?”[1]

Hubener enlisted his two friends to distribute the flyers. They placed them in apartment buildings, mailboxes, and telephone booths. As a result, the Gestapo arrested all three. They were found guilty of high treason, and Hubener was beheaded on October 27, 1942, aged only 17. 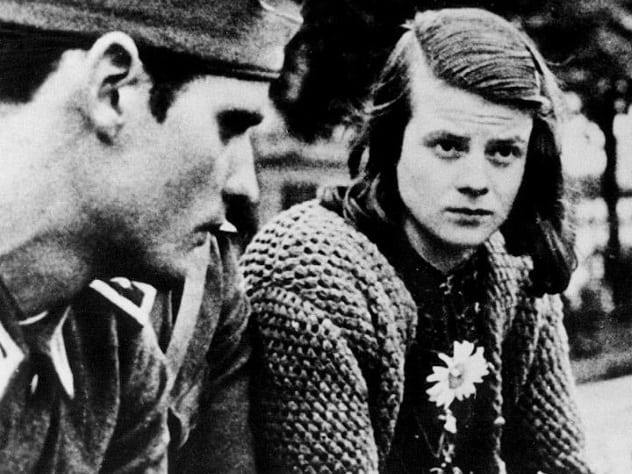 As a young lad, Hans Scholl eagerly embraced the Hitler Youth. He became a squad leader of 155 boys. He formed an elite squad to train future leaders for the Fatherland. Eventually, however, he became disenchanted.

In 1942, Hans and a few of his med school classmates started the White Rose. Dismayed by all the surrounding propaganda, they wanted to challenge people with the truth. They printed thousands of leaflets on a hand-crafted duplicating machine, stuffed them into stamped envelopes, and addressed them with random numbers from the phone book. Sophie Scholl, Hans’s sister, soon joined the White Rose. Sophie believed that Hitler was trying to destroy Christianity and replace it with Nazism.

When Hans and his friends received orders to spend their semester as medics on the Russian Front, the White Rose temporarily stopped production. Being on the front lines gave these students an even greater desire to wake up the German people. They had seen horrendous conditions in the Warsaw Ghetto. They knew the German army was losing the war, even as German papers boasted of victory. When they returned to school, they stepped up their operation with renewed zeal.

On February 18, 1943, Hans and Sophie arrived early in the morning to distribute White Rose pamphlets in the classroom buildings at Munich University. Eager to share all the leaflets, they climbed to an atrium above the building and tossed the remaining pamphlets to the floor just as students entered the building.

They were spotted, however, and a Nazi officer arrested them. After a four-day trial, Hans and Sophie were beheaded by the Gestapo. Sophie’s final words summed up her mission: “But what does my death matter, if through us thousands of people are awakened and stirred to action?”[2]

8 Knud Pedersen And The Churchill Club 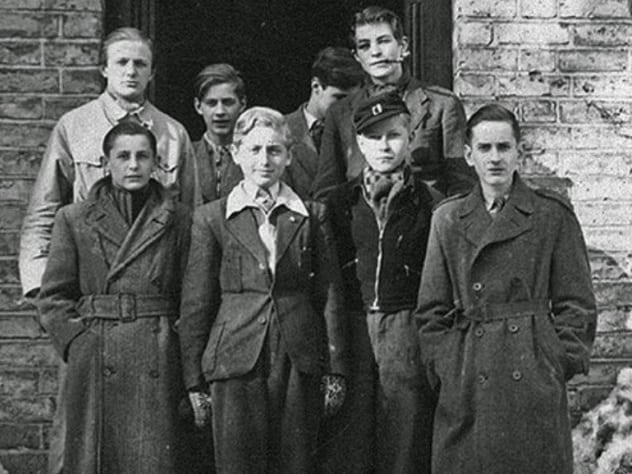 Knud Pedersen, 14 years old, was outraged when the Germans invaded Denmark in 1940. In less than one day, Denmark surrendered to the Nazis. In 1941, Knud (upper right above) and seven classmates at Aalborg Cathedral School formed the Churchill Club, named after one of their heroes, Winston Churchill.

They began their war with blue paint in broad daylight. They poured paint on German roadsters that lined the streets and splashed paint on German barracks and Nazi headquarters. They turned newly placed German road signs in the opposite direction or sometimes destroyed them. They told their parents they were playing bridge.

All club members pledged to create acts of sabotage. They stole weapons from the Germans and used them to make explosives. They stored the weapons in the Cathedral School. When the Gestapo uncovered the weapons at the school, all eight members of the Churchill Gang were arrested and sent to Nyborg State Prison.[3]

In 1942 and 1943, most of Denmark’s resistance came from the Churchill Club. By 1944, Denmark became known for its underground. Smuggled guns were buried in people’s gardens. Underground newspapers revealed the truth about the war, and massive labor strikes challenged German authority. 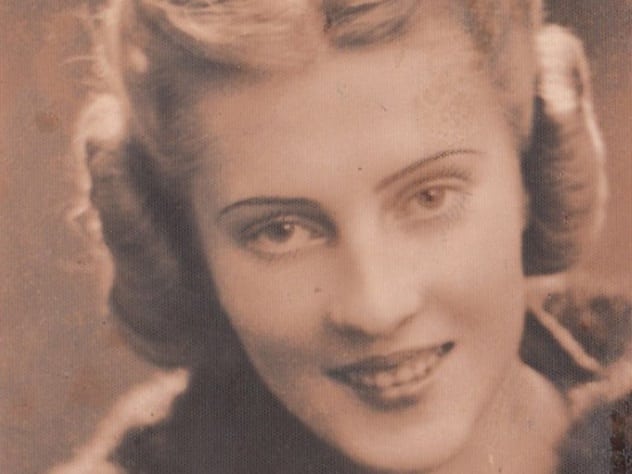 All went well for eight months, until Major Rugemer found three Jews in his kitchen. After getting over the initial shock, he offered Irene a deal: The Jews could stay if she would be his mistress. Irene, though shocked and humiliated, agreed.

Irene confessed the arrangement to a country priest. Years later, she would remember his judgement: “I was expecting him to say ‘Well, you had no choice, a human life is more important’ but instead he told me that I had to turn everyone out, that my mortal soul is more important than anything else. Well, I could not agree with this.”[4]

Irene Gut Opdyke spent the last 30 years of her life traveling the United States to tell her story to American schoolchildren. 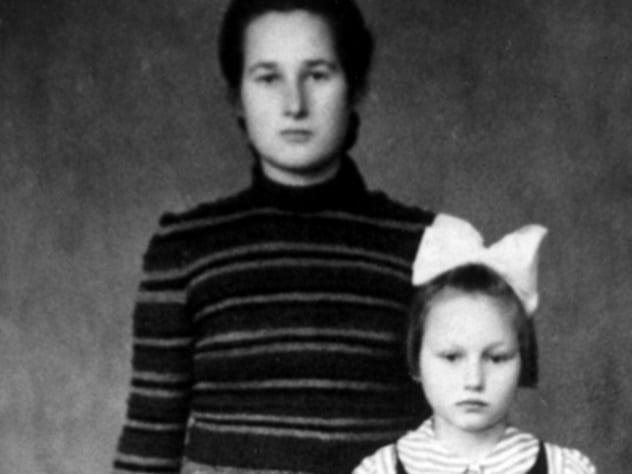 Photo credit: The Jewish Foundation for the Righteous

One night, several weeks later, Max Diamant (Mrs. Diamant’s son) knocked on Stefania’s door. He had jumped off a train bound for a concentration camp. Even though she knew she could face the death penalty, she began hiding him. His brother’s fiancee escaped the ghetto and also moved into the house. In a short time, 11 more Jews were living in the attic.

For the last eight months of the Occupation, Stefania was ordered to allow two German nurses and their boyfriends to live in her house. The Jews remained in the attic, quiet and motionless, until the war was over. They all survived.

After the war, Max Diamant, her first tenant, changed his name to Josef Burzminski and asked Stefania to marry him.[5] They moved to the United States. 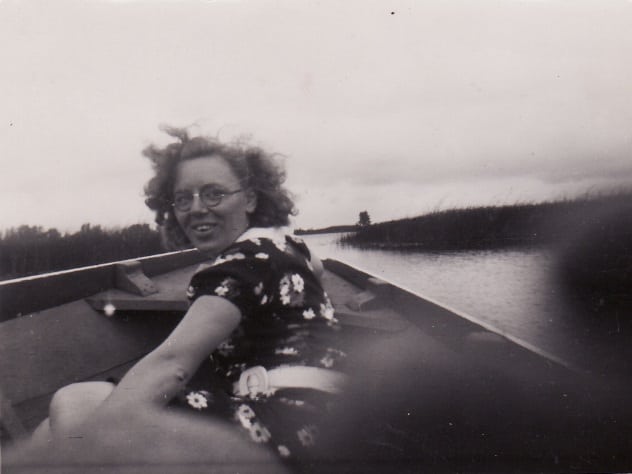 Diet Eman was planning her wedding when the Nazis invaded the Netherlands. She watched the soldiers marching into the Jewish neighborhood. They broke windows and set synagogues on fire. Her friends received official deportation letters. They were expected to report to the railroad station with a single suitcase. She knew they would be sent to concentration camps.

She and her fiance joined the Dutch Resistance. They located hiding places for Jews and stole identification papers and ration cards from the Germans. They assisted downed pilots in Nazi territory. As Diet biked across Holland, she sent reports to the Allies of German troop movements.

In May 1944, Eman was arrested and sent to Ravensbruck concentration camp. After four months, she managed to convince the Gestapo that she was harmless and feeble-minded. When they released her, she returned to resistance work.[6] 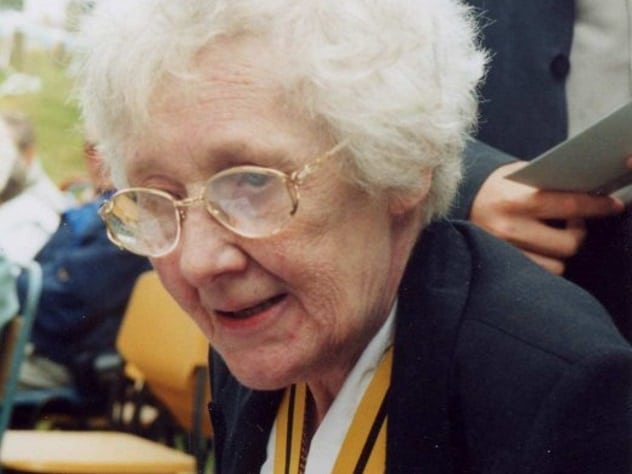 Hortense Daman (later Clews) was only 14 when Germany occupied Belgium. She began her resistance work delivering La Libre Belgique (The Free Belgium), an underground newspaper. Soon, she was carrying critical messages across the country.

Hortense became an excellent courier, able to remain cool under pressure. It was difficult for German officers to take the beautiful blonde seriously. Since her mother owned a grocery store, delivering food became a convenient cover for her spy work.

Before long, she was also delivering explosives. One day, she was delivering grenades hidden under a load of eggs. When intercepted by a German officer, she offered him some eggs (a great delicacy during the war.) He snatched the eggs from her hand before waving her away.[7] 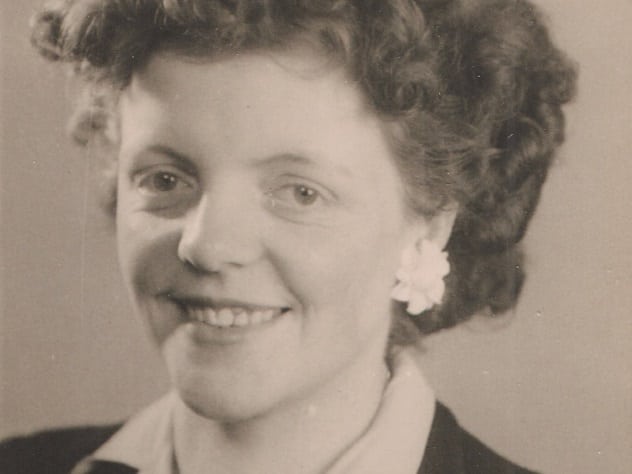 In 1942, Fernande Keufgens (later Davis) boarded a train headed to a German munitions factory in Poland, which she had been drafted to work at. She had been told that her father would go to prison if she did not get on the train. She and three others, however, jumped off the locomotive before it crossed the German border.[8]

After jumping from the train, Fernande walked for miles through the countryside to find her uncle Hubert, a devout priest working for the Army of Liberation, a Belgian resistance group. She begged him to let her join the resistance.

She delivered false identification papers and food stamps to help Jews escape Belgium. She was accosted many times by the Nazis. Because she spoke German, however, officers were more likely to trust her. 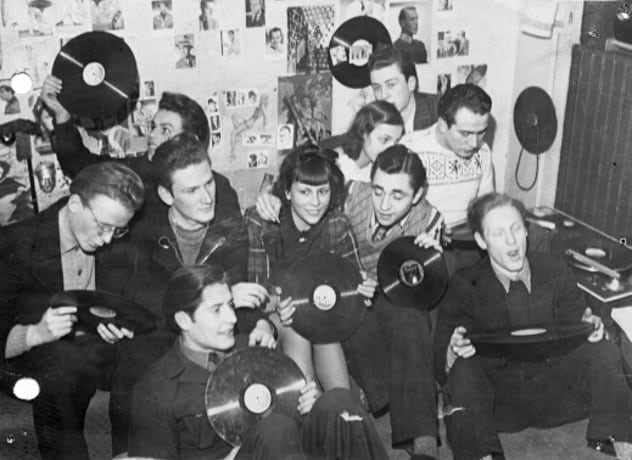 On March 2, 1940, German police raided a dance party in Hamburg. They found teens dancing to forbidden swing music from Great Britain and the United States. The young people wiggled and gyrated. They formed circles with jumping and clapping. Girls were wore makeup and painted their nails.

The Swing Youth rejected the Nazi lifestyle. They clearly preferred British and American culture to German nationalism. They rejected wearing uniforms, marching, drilling, and regulated hairstyles. Even though most Swing Youth did not openly criticize the Nazis, the Third Reich considered them a threat to the Nazi philosophy.

Heinrich Himmler, head of the SS, ordered all leaders of the Swing Youth to be sent to a concentration camp. A special youth camp was opened for them in Moringen in 1940. A camp for girls opened in 1942.[9] 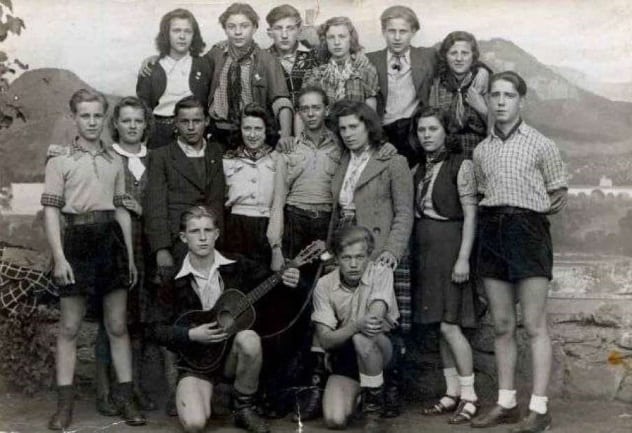 The Edelweiss Pirates began as a hiking group in the 1930s. They also rejected the strict rules and regimentation of the Nazi party. They dropped out of school to avoid the Hitler Youth programs and became skilled draft-dodgers. Many of these teens were raised in Communist families, and almost all grew up in poverty. Many had seen their parents arrested and even murdered for their political views.

The Edelweiss Pirates often fought street battles with the Hitler Youth. They were easy to spot with their long hair and brightly colored shirts. They wore the Edelweiss emblem on their collars or hats. “We wore our hair long, we had a knife in our sock and he would not march.” stated former Edelweiss Pirate Jean Julich.[10]

As the war progressed, they became more involved in resistance activities. They produced anti-Nazi graffiti and stole food and explosives to supply adult resistance groups. They found shelter for German army deserters. Jean Julich and his friends threw bricks through military factory windows and poured sugar into the gas tanks of Nazi vehicles. The Gestapo often rounded up gang members, shaved their heads, and then released them.

They also faced more serious consequences, however. The Gestapo arrested Julich and his friends for their alleged involvement in a plot to bomb the Cologne Gestapo headquarters. At 15, Julich was sent to a concentration camp, where he endured beatings, starvation, and typhus until the Americans liberated him in 1945. The Nazis executed Julich’s friend, Barthel Schink, along with seven adults and five other “pirates.”

Lou Hunley has enjoyed sharing books with children as a teacher and children’s librarian. She created Librarian Lou, a blog about children and young adult books. When she’s not reading or writing, she enjoys playing pickleball, biking, and zip lining.

Read about more heroes who resisted the Third Reich on 10 Amazing Women Who Fought The Nazis and 10 Awesome Groups Of Germans Who Resisted The Nazis.