The job of a police officer is to protect and serve, but that’s not always how it goes. Many police officers work hard for the good of the public, but some use their power to act as sadistic bullies behaving cruelly and without justice in mind.

Today, we will talk about the sadists, the bullies, and the killers with badges and the authority to do whatever they want to you. We will also hear the stories of the people who were treated with cruelty as their voices deserve to be heard.

Some of these stories occurred due to malice, while others were simple accidents. But they are all tragic, and each deserves to be remembered. 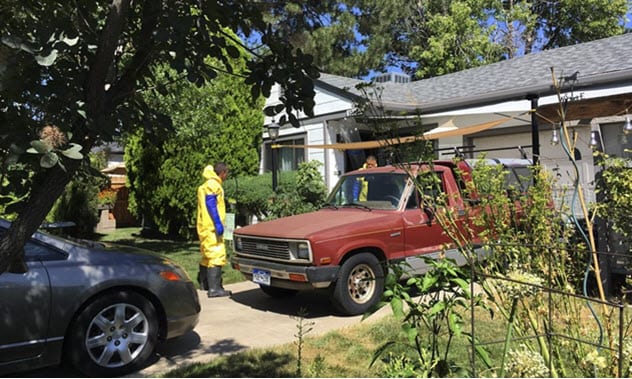 Richard Black Jr. was a 73-year-old army veteran living with his family in Colorado. Early in 2018, Richard would commit one final act of heroism when a naked man kicked down the door of his home and began strangling his 11-year-old grandson. Then the man dragged the boy into the bathroom and tried to drown him.

The boy’s father attempted to fight the man off but to no avail. Richard got his gun and shot and killed the nude intruder while saving his grandson in the process. When police arrived, Richard was still holding his gun and looking for other possible intruders.

The police claim that they ordered him to drop the gun. But he may not have heard them because his hearing was impaired from his war service. He was shot four times and killed. The police officer who shot Richard received threats after the fact. However, Richard’s family released a statement: “Any disrespect to law enforcement carried out in Mr. Black’s name would be contrary to his wishes.”[1] 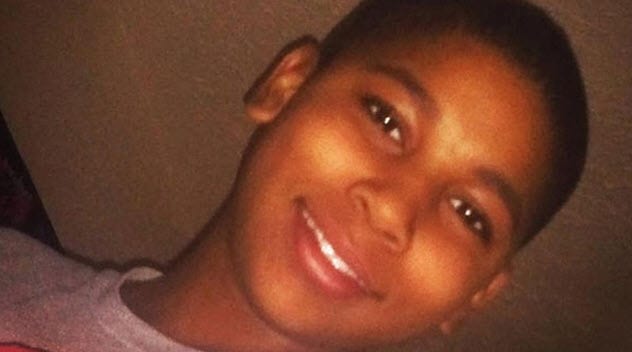 Twelve-year-old Tamir Rice was playing outside by himself with a pellet gun as many young boys do. A neighbor called the police and told the 911 operator that it was quite possibly a toy gun. However, this information was never relayed to the responding officers.

When police officers Frank Garmback and Timothy Loehmann stepped out of their car, it took only seconds for Officer Loehmann to shoot and kill Tamir. The officers both claim that they asked Tamir to drop the gun. But the video taken from a security camera shows both policemen stepping out of their car and shooting the boy seemingly without hesitation.

Neither officer was charged with any crime. But Loehmann, who shot Tamir, was later fired for lying on his job application and not disclosing that he had resigned from his previous job as a policeman to avoid being fired for insubordination, emotional immaturity, dishonesty, and mishandling his gun.[2] 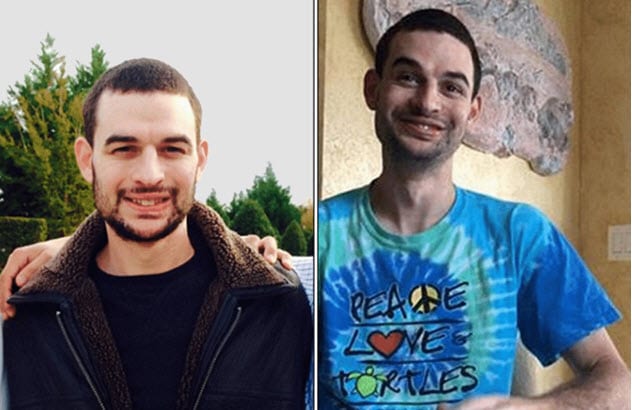 Daniel Kevin Harris, who was deaf and mute, was taking an ordinary drive when police tried to pull him over for speeding. Daniel did not pull over, though, and his family suspects that he could not hear the sirens.

Afterward, a nearly 11-kilometer (7 mi) chase ensued. When Daniel eventually pulled over, he and the officer had an altercation which led to the officer shooting him. According to the officer, he thought that Daniel was coming at him with a “metal weapon.” In reality, it was only a metal carabiner key ring.[3]

Through a sign language interpreter, a deaf man named Sam Harris commented on the shooting: “The police need to become aware of how to communicate with deaf people, what that might look like, and how to avoid situations like this from ever happening again.” 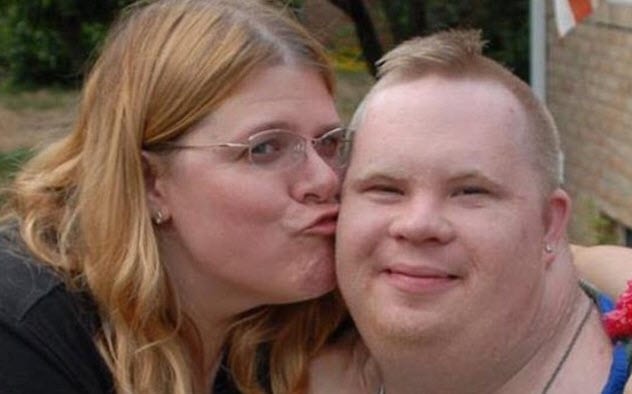 Robert Ethan Saylor was a 26-year-old man with Down syndrome. While watching a movie with his caregiver, Robert threw a tantrum because he wanted to see the movie a second time. Three off-duty police officers who worked as security guards for the theater dragged Robert from the seat and wrestled him to the ground. They were so violent with him that Robert’s larynx was crushed. He died from positional asphyxia.[4]

The caretaker who had escorted Robert to the theater had warned the officers beforehand that Robert would freak out if he was touched. But the men ignored her, and this tragedy was the result. Darrien Hunt was cosplaying when someone called the police to say that he was acting suspicious and that he had a weapon. (It was a sword.) Originally, the police claimed that Darrien lunged at them with his weapon when they arrived and they were forced to shoot him to protect themselves.

Darrien’s family didn’t buy this story. They had an autopsy done which showed that Darrien had been shot in the back six times. The police changed their story after this. They now stated that Darrien had lunged at them and then run away. They shot him while he was running.

The videos of the incident did prove that Darrien ran, but there is still no evidence that he lunged at them. The police were not charged with any crime.[5] 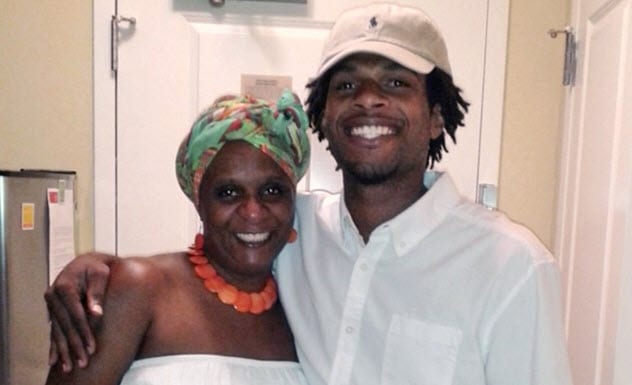 During a shopping trip, John Crawford III picked up a BB gun and a fellow customer called the police. The caller claimed that John was pointing a gun at people, but the security footage seems to disprove this. Police say that when they arrived at the store, they ordered John to drop the weapon. When he didn’t, they shot and killed him.

John was just 22 years old and had two young sons. He was talking to the mother of his children when he was shot. The police were not charged with any crime.

The lawyer who represented John’s family said, “The family is very upset. They’re still grieving. And now it appears there’s no recourse and that nothing will be done through the criminal justice system. It’s almost like these guys are getting away with murder.”[6] 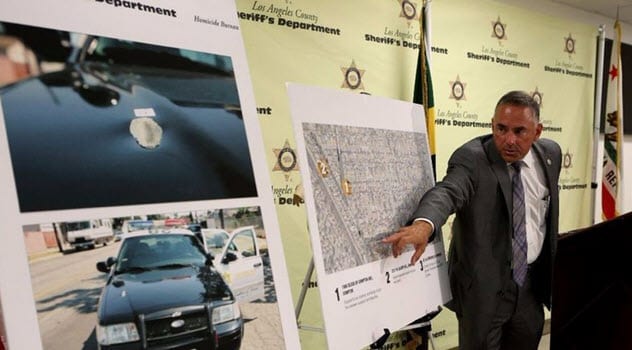 Donnell Thompson attended classes at a local college for people who have mental disabilities. He was described by his family as a sweet, soft-spoken man. For reasons unknown, Donnell was lying on the lawn in front of a stranger’s house. A neighbor called the police and was concerned that it might be connected to a carjacking that had taken place recently.

They were also worried that Donnell might have a weapon because they couldn’t see one of his hands. But this was later shown to be incorrect. When the police arrived, Donnell was reportedly unresponsive to their commands.

They eventually set off flash-bang explosives nearby. Afterward, Donnell took off running in the direction of an armored vehicle. The police claimed that he had his hand near his waistband while he was running. A member of the SWAT team shot Donnell twice, and he was pronounced dead at the scene.

His family was given $1.5 million in compensation for his death.[7] 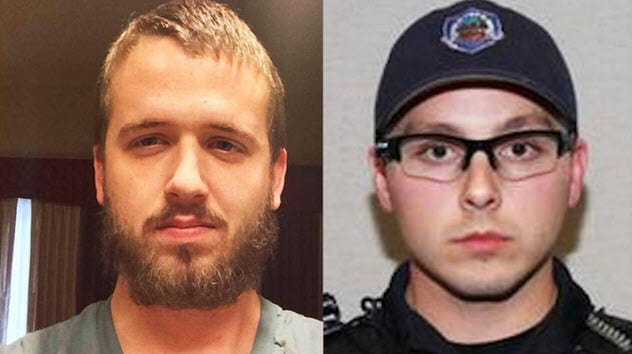 Daniel Shaver was staying at a hotel on a business trip for his Texas pest control company. He had been showing off an air rifle used to exterminate birds. A witness to this called the front desk, and they contacted the police.

While barking out the confusing orders, Langley constantly threatened Daniel with death. Langley said, “Listen to my instructions, or it’s going to become very uncomfortable for you.”

While the officer was yelling, Daniel was begging for his life: “Please don’t shoot me.” The officer gave Daniel one final order to crawl toward him while keeping his hands in the air. But Daniel got on all fours and was crawling on his hands and knees. After this, a second officer, Philip Mitchell Brailsford, shot Daniel to death.[8] 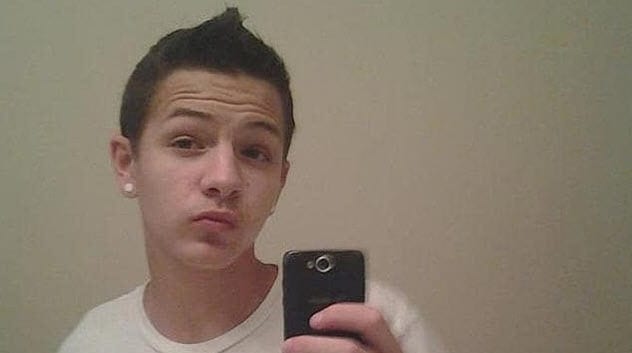 On January 5, 2014, Keith Vidal, 18, was having a schizophrenic episode during which he threatened his mother with a knife. His stepfather called the police. When the first two officers arrived, they managed to calm the situation. Everything was peaceful until a third officer named Bryon Vassey entered the home.

According to witnesses, Vassey said, “We don’t have time for this. Tase that kid now. Let’s get him out of here.” Keith started to run but was tased. While on the floor, the teenager was shot.

Keith’s stepbrother said, “We’re uniting together, and we’re going to make this go public because the way my brother got treated ain’t right.”[9] Aiyana Stanley-Jones was just seven years old when Officer Joseph Weekley burst into her family home during a botched raid and fatally shot her. The police had been looking for a murder suspect.

Weekley claimed that his gun had accidentally gone off after he got into a struggle with the girl’s grandmother. Aiyana’s grandmother stated that she did not fight with the officer, and another policeman backed up the grandmother’s story.

The raid was being filmed for a television show called The First 48. Aiyana’s family believes that the police were more concerned with how they appeared on the show than with doing police work.

Weekley was charged with involuntary manslaughter over Aiyana’s death. However, even though another officer testified against Weekley, the jurors failed to find him guilty. This led to a mistrial.

During a second trial with reduced charges against Weekley, there was another mistrial. The prosecutor decided not to pursue a third trial, and the case was dismissed.[10]