We are all concerned about robots and artificial intelligence taking over our jobs. However, nobody seems to be worried about the jobs that were taken over by earlier advancements in technology and even modern robots.

A few centuries or even decades ago, some of these professions were mainstream and profitable. They disappeared when some easier-to-use technologies were invented to take over their roles. In rare instances, advancements in technology proved that the profession should not even exist. 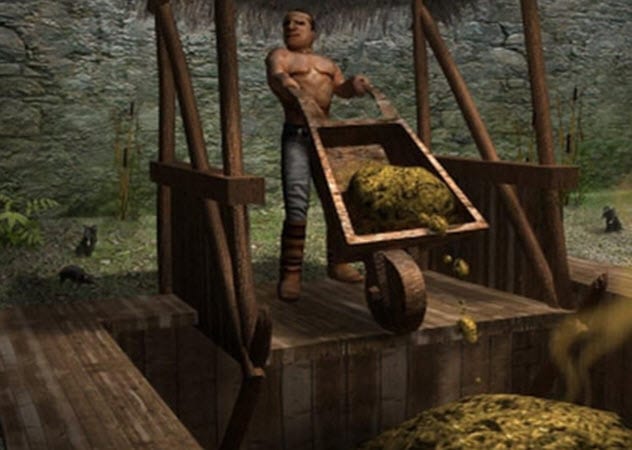 A few centuries ago, what we consider a bathroom (or toilet in Britain) was called a privy. It was a raised board with a hole in the middle instead of a flush toilet. Users sat there to do their business. Their feces went down the hole into the cesspit below.

The cesspit soon filled up and needed to be emptied. This was the job of the gong farmer.

Gong meant “going,” while farmer was used to refer to the act of “harvesting” the “goings.” The gong farmers entered the tight cesspits where the feces reached their waists. Sometimes, they employed a smaller boy to do the job. The boys scooped the feces into carts for transport to dumps where the waste was converted to fertilizer.

The gong farmers stank a lot, which isn’t surprising considering that bathing was alien to the people of the Middle Ages. They smelled so bad that they were often confined to their homes and only allowed to work at night.

The job was also dangerous. The feces produced poisonous gases that could kill the gong farmers inside the cesspit. However, the handsome pay made up for any humiliation or danger they faced. The job went extinct after sewage pipes and treatment plants crept up in the 19th century. Gong farmers still exist in some parts of the world, though.
[1] 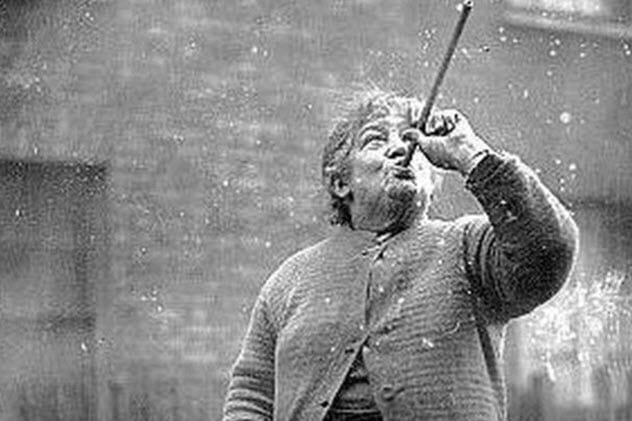 Decades before the alarm clock went mainstream, people depended on the knocker upper to wake them from sleep. Interestingly, the profession lasted until the 1970s.

The first knocker uppers knocked or rang at the doors of their paying customers. However, they soon discovered that this was bad for business. Neighbors often complained that the noise woke them up. The knocker uppers also realized that they often woke nonpaying clients during the rounds. So the knocker uppers started tapping on the windows of their clients with long poles.

The tap was loud enough to wake the paying client but quiet enough to wake no one else. The knocker uppers did not hang around to make sure that their clients were awake and left after three or four taps. The profession started to disappear as electricity and alarm clocks became common. 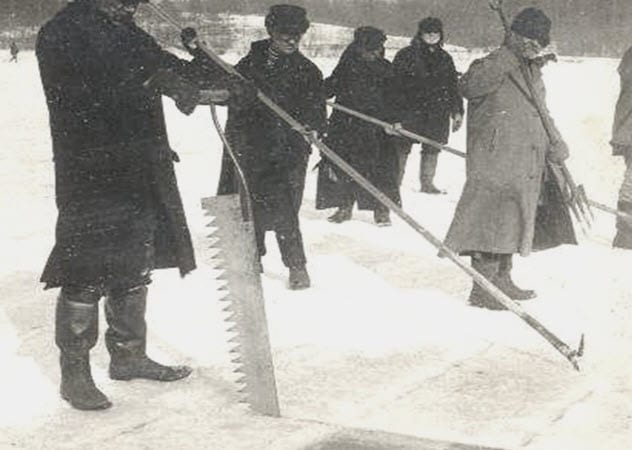 From 1800 to 1920, people preserved their foods with ice harvested from frozen ponds by ice cutters who used ice axes and, later, handheld ice saws. The industry boomed so well that ice cutters started using large ice saws that required horses to tow.

Most of the ice came from the natural fresh water in the northwest United States between January and February. The work was tedious. Ice cutters worked seven days a week in 10-hour shifts to harvest enough ice before temperatures rose in March. The ice cutters were always at risk of falling into the frozen water.

The horses were not spared from the dangers of the trade, either. They were equally at risk of falling into the frozen ponds. Their dung also contaminated the ice. Most ice cutting businesses even employed a “shine boy” to clean after the horses. The shine boy put the dung into a waterproof wooden sleigh that he always carried along.

The harvested ice was stored in warehouses called icehouses for export to other regions of the US and Europe. The icehouses were built with double walls, raised off the ground, and filled with sand, straw, sawdust, hay, charcoal, bark, and whatever would stop ice from melting. These structures were also located far from trees over concerns that the ice could become damp and melt.

However, the industry was not very predictable because ice could melt or form improperly. It was unusual for ice cutters to record two profitable harvest seasons back-to-back. The winners were the farmers who owned the ponds. They sometimes made more from selling ice from their frozen ponds than they did from peddling their crops. The industry disappeared after the invention of the electric refrigerator.[3] 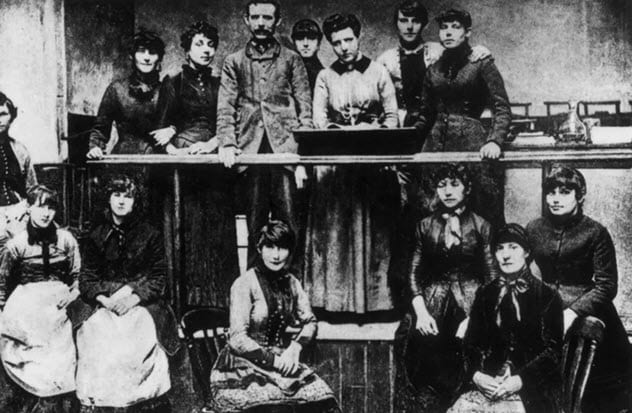 Centuries ago, match-making companies employed all-female labor forces to make matches. These women were called “matchstick girls.” The job was dangerous and tedious. This was especially true at companies like Bryant and May which paid low wages, overworked workers, had strict regressive rules, and used dangerous white phosphorous in manufacturing its matches.

Matchstick girls at Bryant and May worked 14 hours a day. They were often fined for minor infractions like dropping a match, talking to coworkers, or clocking in late. However, their biggest threat was from the white phosphorous they worked with.[4]

White phosphorous is toxic. It could cause a disease called “phosphorous necrosis of the jaw,” which the ladies called “phossy jaw.” The disease rotted the jawbone. Sometimes, it spread to the brain, causing the sufferer to die a slow and agonizing death. It could only be treated by removing the damaged jaw. However, this could also lead to death. 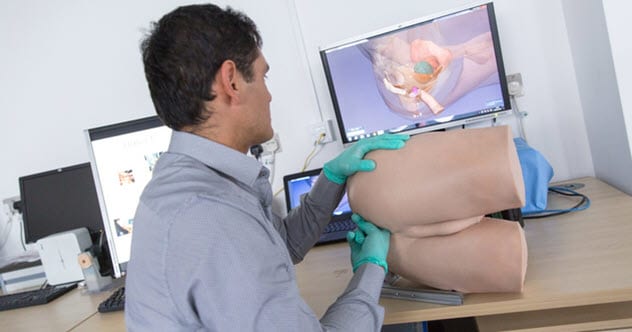 While we were immersed in debates over whether robots and artificial intelligence would seize our jobs someday, robots crept behind us and snatched the profession of the rectal teaching assistant.

Medical personnel often diagnose prostate cancer by inserting their fingers into the anus to feel the prostate gland. At one time, they were trained with the rectum of a living human who was called a rectal teaching assistant. Only one man in all of the UK was licensed to become one.

The inventors say the robot is better than a human. Cameras inside the robot allow medical personnel to see the internals of the robot rectum on a computer screen. There was no way they could have done that with a human. 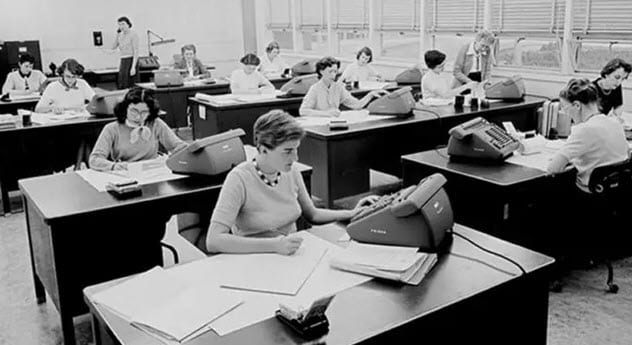 The complex calculations were done with pencils and paper. Determining the travel time of a rocket took a whole day, and some other calculations could take a week. A single calculation could fill up to eight notebooks. Canright was later joined by Melba Nea, Virginia Prettyman, and Macie Roberts after the US got involved in World War II.

The human computers concentrated their efforts on the space race after the war. They were responsible for the calculations that put the US first satellite in orbit, the Voyager probes into space, the first unmanned rover on Mars, and Neil Armstrong and the Apollo 11 crew on the Moon.

The human computers still had the upper hand when NASA started experimenting with mechanical computers in the 1950s. Most people believed that humans were more reliable than machines. However, the humans soon lost their jobs to computers.[6] 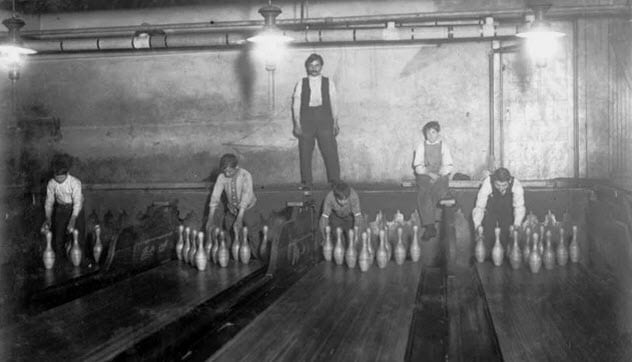 A few decades ago, bowling alleys employed young boys called pinsetters, pin spotters, or pin boys to manually reset fallen bowling pins and return the bowling balls to players. The work had low pay and was often part-time. However, it was highly demanding as the boys often worked until midnight. 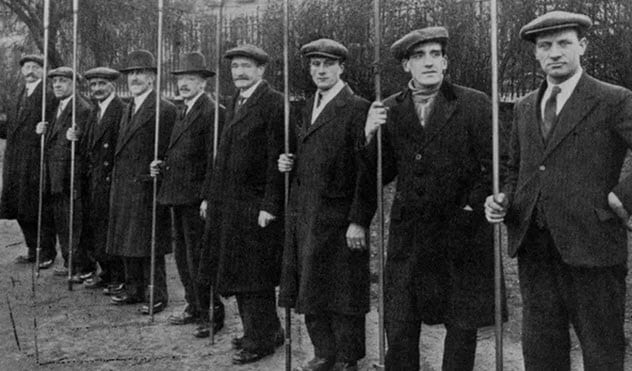 These professionals used long poles to light the lamps at night and extinguish the flames in the mornings. Lamplighters were also responsible for cleaning, maintaining, and repairing the lamps.

The profession started to die off in the 1870s when the first electric streetlamps appeared. Electric streetlights rendered the gas models obsolete in the US. However, the UK was still stuck with gas lamps for several decades because electric lamps were controversial there at the time. Finally, the UK dumped gas for electric lamps.

Critics complained that their lights were blinding, ugly, and too bright for the night. Others pointed out that electricity was expensive. The British Commercial Gas Association promoted gas lamps as the better alternative and deliberately sabotaged the adoption of the electric lamp.[8]

Electric lamps only took over in the 1930s. However, around 1,500 gas lamps still exist in London for historical reasons. 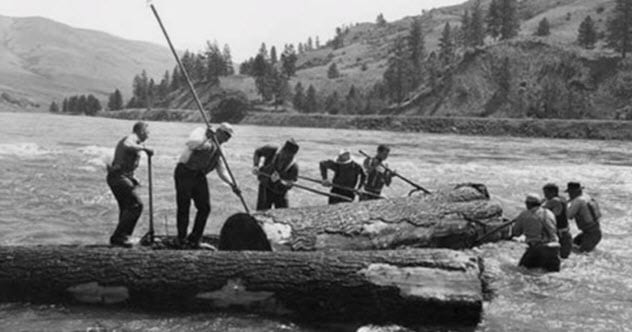 Long before trains and trucks came along, timber that had been cut down deep in forests was rolled into rivers and left to drift downstream. However, it sometimes got stuck in miles-long logjams that could involve tens of thousands of logs and required dynamite to break up. An entire industry sprang up around escorting the drifting logs downstream and clearing the logjams. The men were called log drivers.[9]

The job was dangerous and tedious. These men often followed the logs in special boats. Sometimes, they even jumped from log to log as the timber drifted downstream. Unlucky log drivers fell into the water and drowned while escorting the logs or trying to end logjams. Some were crushed to death after falling between the logs. 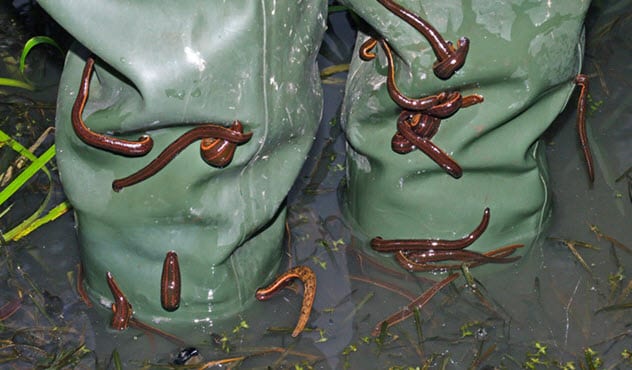 The leech collector was a brief profession that sprang up and disappeared in the 1800s. At the time, bloodletting was used to drain blood from the body to supposedly cure diseases. Physicians applied leeches to suck blood from their patients.

Leech collectors soon appeared to cater to the high demand for leeches. These jobs were often done by poor women who obtained leeches from ponds and other areas where the creatures were plentiful. The collectors used their legs (the preferred, cheaper method) or those of old horses as bait to attract the leeches.[10]

The women allowed the leeches to suck their blood for around 20 minutes before pulling them off. This was because a full leech was easier to detach than a hungry one. Nevertheless, this often caused injuries that bled for hours and resulted in significant blood loss. But the bleeding attracted more leeches, which was good for business.

The profession started to die out after leeches became scarce. Around the same time, doctors started to doubt that bloodletting really worked. Medical advancements soon proved that the procedure did not work and was actually dangerous. Bloodletting became history, and the leech collectors followed. The winners were the leeches that were saved from extinction.