For anyone who spends most of his time on the Internet, the word “unbelievable” simply doesn’t hold much weight anymore. Facts that we once considered hip and cool to show off at parties are common knowledge now, so much so that you’d probably be laughed at for even trying to pass them off as new information. (Everyone knows that Genghis Khan had a lot of kids, dude.)

Scattered somewhere among all those oft-repeated claims, though, are the truly unbelievable ones that most people don’t know. These facts sound so crazy that you’d probably have to look them up yourself to make sure they’re true.

10 Your Brain Can Actually Rust 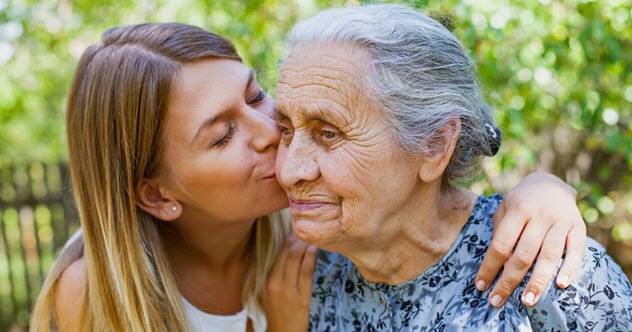 It’s said that if you don’t use your brain for a long time, it may catch rust. Of course, this refers to metaphorical rust, indicating that consistent mental practice is essential to keeping our cognitive abilities sharp. As some scientists recently found out, however, it isn’t as metaphorical as we thought. The brain can rust the same way as an old iron nail.

In a study done to better understand the escalating effects of Alzheimer’s, scientists from Australia found that excess accumulation of iron in the brain affects it in the same way as rust. While there’s no doubt that iron is essential for the body in many ways, high levels of iron in the brain can cause a reaction with oxygen and damage the neurons, much like how rusting works in the outside world.

According to the researchers, this doesn’t mean that you should cut down on iron or that eating a lot of iron increases the risk of Alzheimer’s. Iron in the rest of the body doesn’t work the same way as it does in the brain.[1] 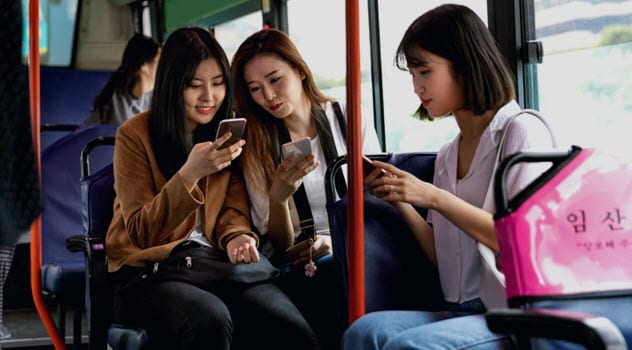 From an evolutionary perspective, most of the things our body does make sense, except for body odor from sweat. Everyone has it despite the quality of their genes, suggesting that it doesn’t help to weed out potentially disastrous mates, either.

After thousands of years of evolution, we still haven’t been able to get rid of this seemingly useless function. That is, of course, if we exclude Koreans from this conversation as they don’t really have that problem.

A study at the University of Bristol found that Koreans, along with a majority of East Asians, got rid of the gene that causes body odor from sweat at some point in their evolution. The researchers weren’t sure how they did it or, more accurately, how the rest of us could not.[2]

Now of course, they were only including underarm odor in this study, which is the kind of body odor that none of us can do anything about. We’re guessing that Koreans still stink the same as others if they carry around rotting food in their pockets or don’t take a bath for several days.


8 Mammoths Existed Until 1,000 Years After The Egyptian Pyramids 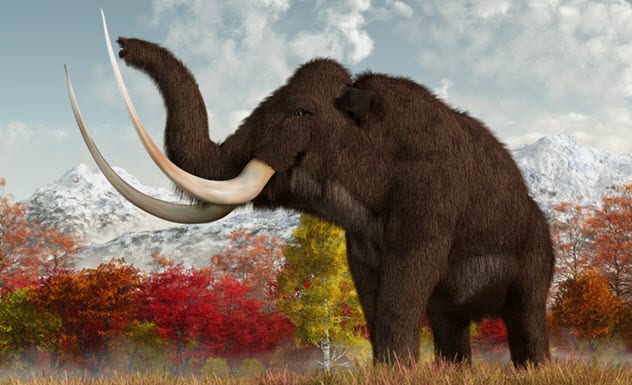 If you try to picture mammoths, chances are that you’re picturing a prehistoric time period, possibly with some dinosaurs in the backdrop. We think of mammoths as long extinct. Even if we know that they came in contact with early humans, those humans are always imagined as early hunter-gatherers fighting with primitive weapons.

In reality, mammoths were around for much longer than you’d think and may even have crossed paths with some of our early great civilizations. While it’s true that these creatures used to roam the entirety of the Earth some 10,000 years ago, they were eventually restricted to a small region in Siberia and the Arctic. The last mammoth died sometime around 1650 BC on Wrangel Island, a tiny island in the Arctic.[3]

For perspective, that was approximately 1,000 years after the construction of the Pyramids of Giza and only 100 years before the establishment of the best-known phase of the ancient Egyptian Empire. 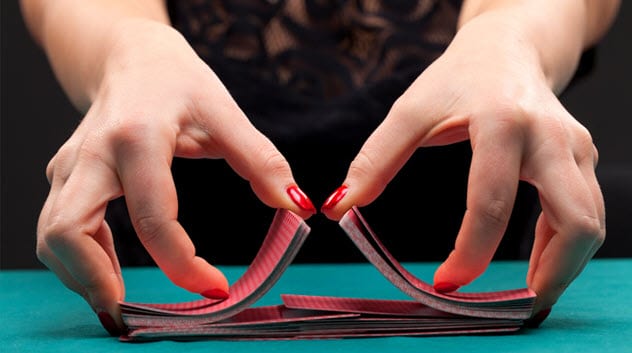 If you’ve ever played cards, you know the importance of shuffling. Whether you’ve been getting a bad hand throughout the game or you don’t trust your friends (because winning is more important than friends), you need to shuffle the deck to be sure.

If you’re one of those people (as we sure are), you’d be surprised to know that you don’t need to shuffle the cards that well. There’s a good chance that no one in history has ever had the combination that you’ll get on your first shuffle.

Anyone in history is still a comparatively high probability. If you did the calculations, a deck of cards can have more combinations than there are atoms on Earth. The possible number of combinations in a deck of cards is 52! (aka 52 factorial), which is 52 X 51 X 50 X 49 . . . until it gets to 1.


6 Sharks Are Older Than Trees

The ocean is a big, bad place. Most of us realize that the underwater creatures we know about are only the tip of the iceberg. True horror starts when you really explore the depths as we don’t even know the full extent of diversity in the deep sea. From gigantic squids to eels right from your worst nightmares, it’s an ancient part of the ocean that no one honestly wants to fully investigate.

No matter how old those animals are, though, they still don’t compare to the most popular creature in the seas—sharks. You don’t have to venture too deep to find them, either. Just hang out in the shady parts of the sea, and they’ll come to you.

Sharks are essentially living fossils and have been virtually unchanged for a long time. And by long, we do mean long. Sharks predate most life on Earth, including trees. Yup, sharks—around 400 million years old—have been the same since before plants figured out that growing tall is the best course of action some 350 million years ago.[5] 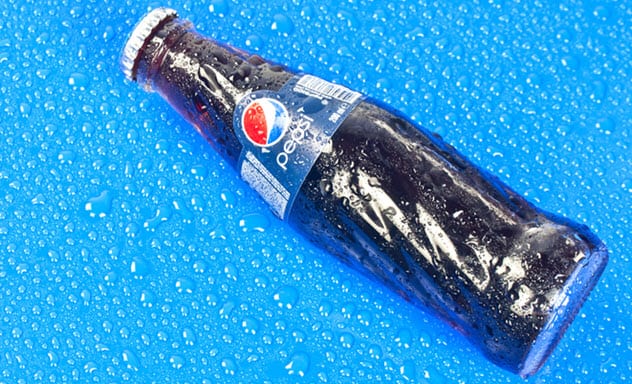 When you think of the largest militaries in the world, you envision countries like the United States, China, Russia, and India. Although that’s largely correct, some private contractors and mercenaries are quite up there on the list, too. Some of them, like G4S, have more personnel than the militaries of countries like Britain and France.

However, one private force in recent times trumps them all—Pepsi. In 1989, Pepsi found itself in possession of 17 Russian submarines, a cruiser, a frigate, and a destroyer. Due to the Russians’ newfound love for the beverage, the company exchanged $3 billion worth of Pepsi for a big chunk of one of the largest fleets in the world.

It made Pepsi the sixth-largest force in the world. Thankfully for us all, that didn’t tempt them to join the burgeoning and profitable private military industry. Pepsi eventually sold it all for scrap to a Swedish company.[6]


4 A Frog Can’t Vomit, So It Ejects Its Entire Stomach

Nobody in the world likes vomiting, even though it’s the body’s natural mechanism for expelling harmful substances. We’d hate it a bit less if we knew that it’s just the body trying to protect itself from our irresponsible eating habits, even if it’s not always successful.

The same thing happens in the animal kingdom as most other creatures have the same mechanism—except frogs. You see, frogs saw other animals doing it during the course of their evolution and figured that they didn’t want any part of it, probably because of how pathetic it looks.

So they evolved a different process altogether. When frogs have to vomit, they don’t bother with puking and hoping everything comes out. They just eject their whole stomach, clean any remaining bits with their hands, and put it back in. Some other animals, like sharks, can do it, too, though only in times of distress or when they’ve had an especially bad breakfast.[7]

3 The Entire State Of Wyoming Has Only Two Escalators 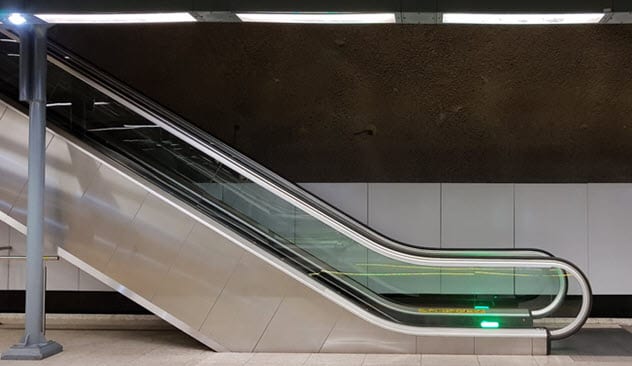 A lot of us think that technological innovation is an automatic by-product of the passage of time and forget that it takes human effort and willingness to introduce something truly new. We’re not talking about innovation like space shuttles or 3-D printers, either. Some places in the world haven’t even caught up with technology that the rest of us take for granted. Case in point: Wyoming and escalators.

In an extraordinary feat of investigative journalism, The Atlantic found that the entire state of Wyoming has only two escalators. Each is located in a different bank in the city of Casper.[8]

They’re such a big deal that parents take their kids to see them as tourist attractions. Wyoming has quite a few excuses for this deficit, like “our style is more horizontal” and “escalators are bad for disaster management.”

Apparently, the report did nothing to change the mind of the person in charge in Wyoming. From all our research into the subject, it appears that no new escalators have been built since the article was published. 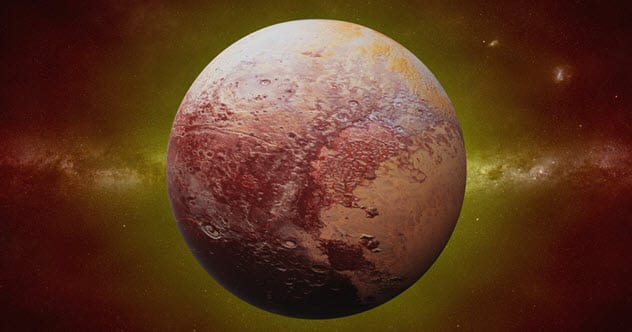 Most of us know that space is mind-bogglingly huge. Just look up. All those stars lie millions of miles away from us, and we haven’t even been able to fully explore the neighboring planets in the solar system, let alone another star system. But those stats still don’t convey the true scale of distances in space as they mean nothing to the layman.

How about this? Ever since Pluto was first discovered in 1930, it still hasn’t completed an orbit around the Sun. Not just a full orbit, it hasn’t even been halfway around and will take another 159 Earth years to complete a Pluto year.

It’s not just our favorite dwarf planet, either. A year on almost all the planets in the outer solar system takes a ridiculously long time to complete. For example, Neptune was discovered in 1846. Since then, it completed its first orbit only in 2011.[9]

1 If You Put A Knocked-Out Tooth Back Into Its Socket, It Will Reattach Itself 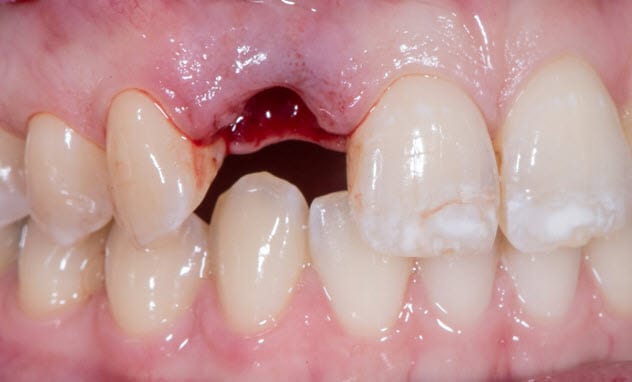 There’s some variation of this myth going around in a lot of cultures around the world. If a body part is cut off due to an accident, you can just put it back and the body will accept it like nothing ever happened.

Some people believe it works on fingers, and some say toes. According to science, though, it’s ridiculous to think that you can just reattach any part of the body, at least without medical help. With one exception—teeth.

If you ever find yourself on the playground and happen to knock out a tooth, you can just put it back as long as it’s perfectly placed. The socket will form roots on its own, and eventually, it will be like it was before the injury. Dentists do the same thing if you take a tooth to them. They just put it in place with some sort of binders, after which you can just go home and let it do its thing.

Now there are some conditions to it. The tooth shouldn’t be chipped in other places as that would take further dental procedures to fix. It also has to be kept moist when it’s knocked out. Letting it dry out will damage the nerves and reduce its chances of reattachment.[10]